689
VIEWS
Share on FacebookShare on TwitterShare on LinkedIn
ADVERTISEMENT

There’s a certain iconography we identify within films that make us immediately identify heroes and villains.

Think of the first time you saw Darth Vader in “Star Wars”, entering onto the screen after his Stormtroopers lay waste to the rebels. He boards the craft with his emotionless mask and swooping cape, all of it in a deep black. The Stormtroopers line up in a ready stance to show respect to their leader. The John Williams music becomes more sinister. Darth Vader looks down upon the men his soldiers have shot. Everything about this scene tells us that he is our villain.

Now, there are a few obvious tells from this scene that signify this character as our bad guy. The more overt aspects is obviously the music that communicates his power and the color of his costume that suggests darkness, especially when placed against the sterile white of the ship. But what about the shapes?

Yes, the very geometry of how characters are designed play a heavy role in identifying the different roles. Just look at Darth Vader’s mask with the angles of the triangle for his mouth. Look at the sharp way his cheeks are shown. He is designed in a very angular manner. 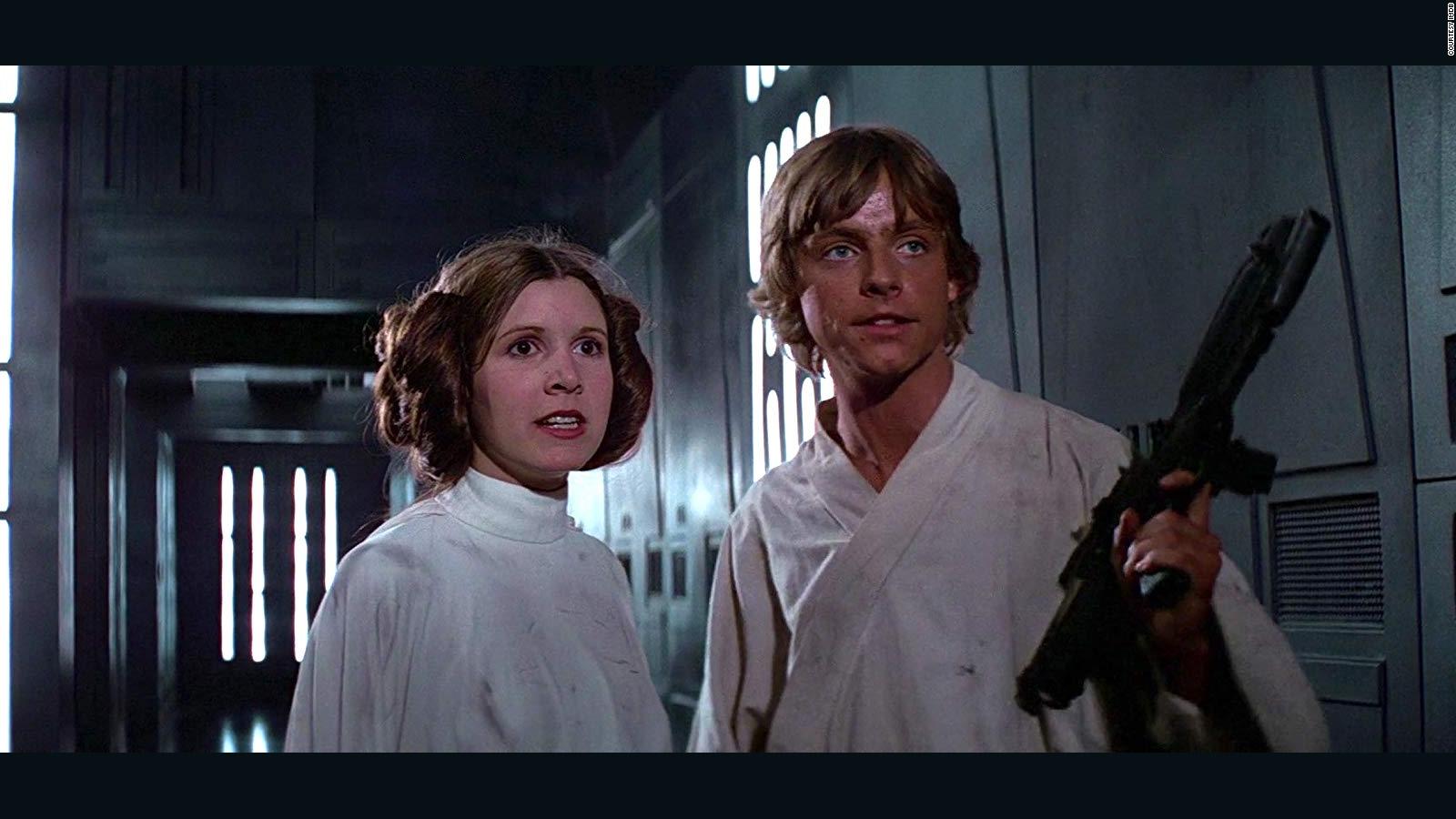 Now compare him to Princess Leia within that same scene. She appears with rounded buns for her hair and is seen in a white dress with a very open nature, free of sharp angles. There’s a soft geometry to the way she is designed. It’s a subtle way of telling us who the heroes and villains are within this sequence. 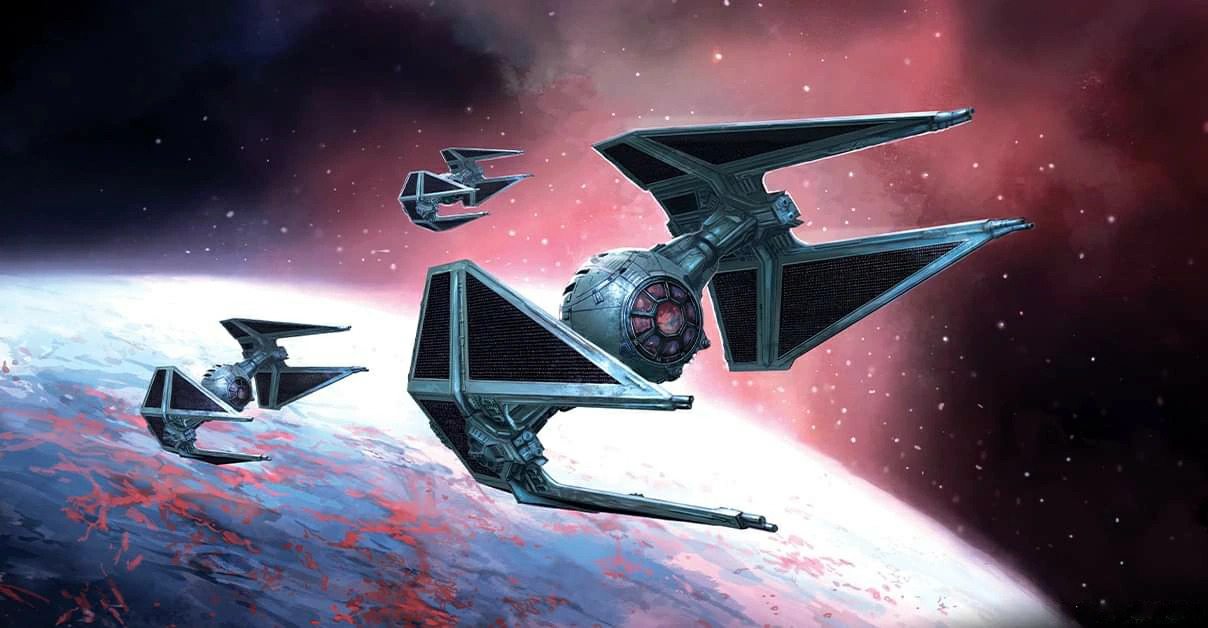 You can also find this geometric nature within how the opposing forces of Star Wars are posed in their starships. Luke Skywalker pilots an X-Wing fighter, which sounds like it would have a sharp look, but take a closer look. Notice how the pointiest part of the hull is rounded at the end. We can also see lots of circular designs around the cockpit for the engines and on the edge of the wings for the weapons. Even the laser guns have this rounded perimeter around the sharpest part. 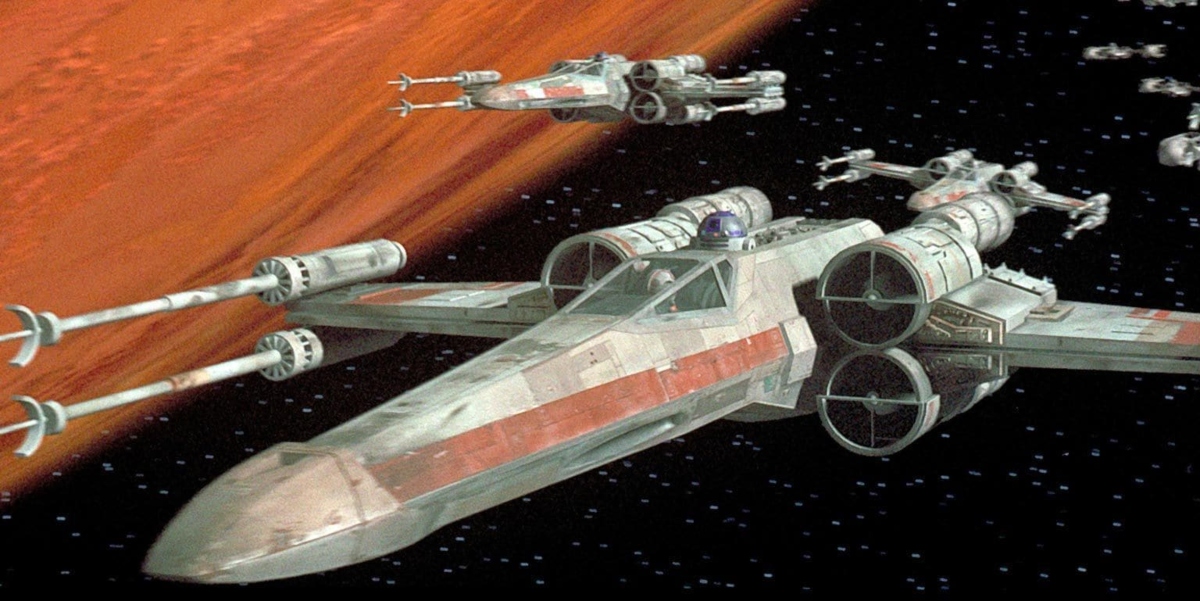 Compare Luke’s craft to Darth Vader’s TIE Interceptor. It’s a rigid design of angular wings with sharp cuts for the weapons, resembling that of a claw. We can even see the angular nature in the design of the cockpit window with straight edges pointing towards a center, resembling the lines of Vader’s mask. We can easily tell which starships are our good guys and which ones are the bad guys based on these designs. 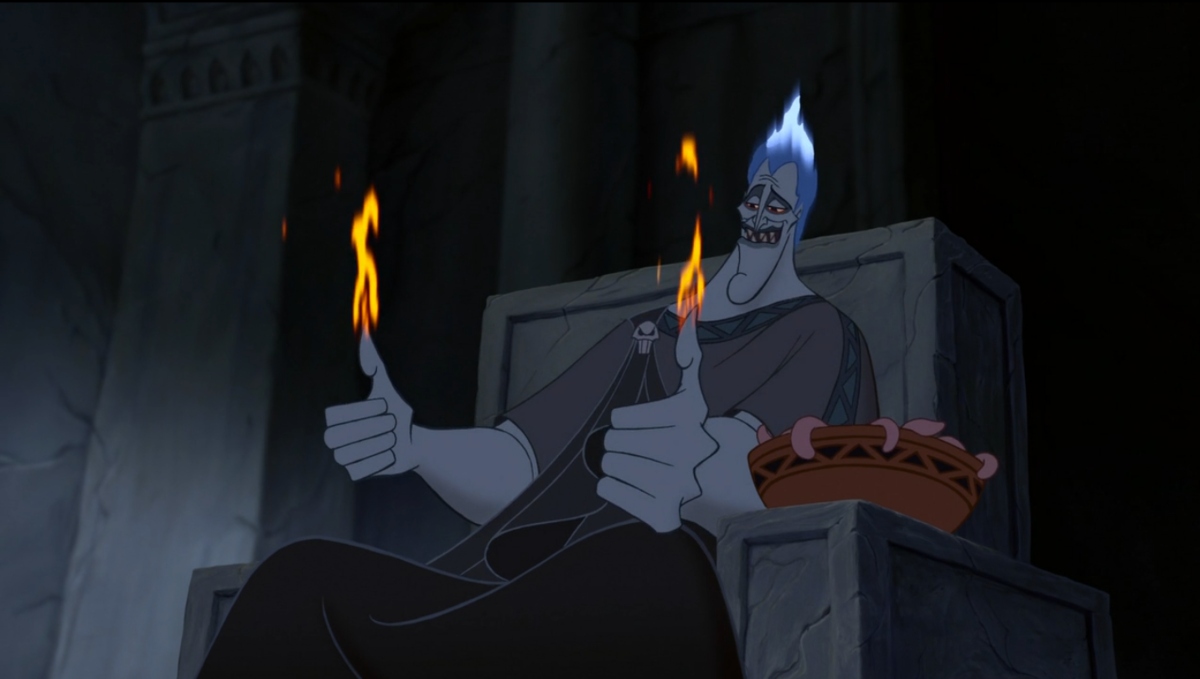 Have you ever noticed how some villains have long and pointed chins? This is intentional as the sharpness of their design gives the impression of danger. You can see this most prominently in animation with such villains as Maleficent from “Sleeping Beauty” or Hades in Disney’s “Hercules”. You can find all kinds of angularity within them, from the sharp cheekbones to the rigid noses. Similarly, animated characters with rounded edges become more easily identifiable as our heroes. 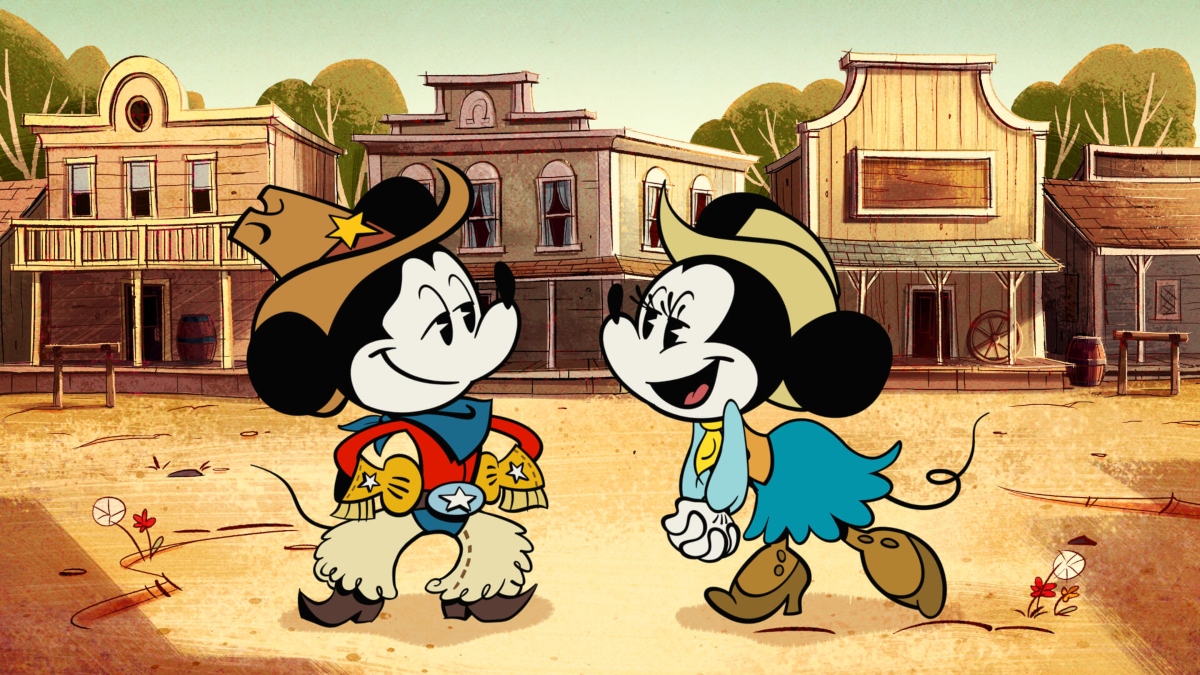 The most classic and easily-identifiable of this lot is Mickey Mouse. You don’t even have to draw a face. All you need is one big circle and two smaller circles placed on top and everybody will know the character you’re trying to reference. And he’s most likely not going to be the one kidnapping Minnie Mouse. It’s for this reason why some of the best character designs in animations are the ones that you can recognize in silhouette.

The shapes can also be seen in how our characters are blocked, which can be used to suggest more than just their moral stances. For example, look at HAL-9000 from “2001: A Space Odyssey”. He has a circular eyepiece where he observes the astronauts, watching them closely as he takes command of the ship. There’s an iconic shot where we watch his view of reading the lips of the other astronauts. His perspective is circular, highlighting how he is peeking and spying on our heroes. 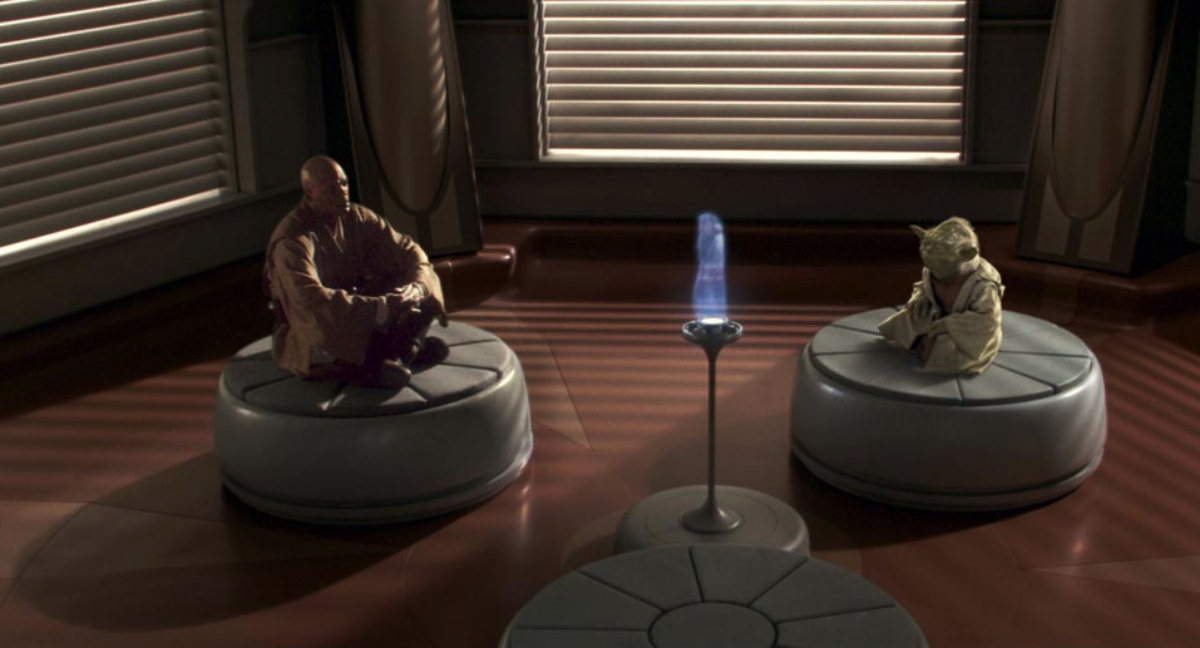 Going back to Star Wars again, take a look at the scene from “Episode II: Attack of the Clones” where Yoda meets with Mace Windu behind closed doors. The only glimpse of natural lighting we get during this secretive scene is from the sunlight peeking through the blinds of the room.

We see the bar of the blinds surrounding the two characters, the shadows falling upon them. Sure, it looks shadowy and secretive, but it also suggests that the bars of a prison. The characters feel trapped in a situation where they don’t feel they can escape as they attempt to uncover a sinister plot.

Since there’s only so much you can do with costumes without making your characters bluntly geometric (as with the many spikes on Mad Max villain attire), shadow can play a big role in literally shaping narratives. You can see this aspect most prominent in black-and-white movies where the darkness comprises how we focus on our characters.

A great example of this is when we discover Orson Welles’s character in “The Third Man”, only coming out of the darkness when a nearby light is turned on, suggesting this is a character who prefers to remain mysterious.

Geometry plays such a massive role in deciphering movies that once you realize this aspect it’s hard not to notice it. Whether it’s a long character with a chin that could cut stone or a warrior in freeing attire with rounded soft edges, it all plays a part in how we view film and how we identify with the characters, their intent, and their emotions. It’s just as much of a crucial component for movies that’s as essential as costumes, makeup, music, and lighting.