219
VIEWS
Share on FacebookShare on TwitterShare on LinkedIn
ADVERTISEMENT

Period pieces have always been some of the best films when it comes to aesthetic and beauty. However, there are a ton of films that feature a useless amount of clutter that can bog their beauty down and make the films feel inconsistent in everything.

That is the case with this film in particular; “The Raven” was a 2012 period piece about a gruesome group of murders. “The Raven” was advertised as something extremely unique, a film that was inspired somewhat by Jack the Ripper’s gruesome killing sprees in the 1800’s. Yet what the end product turned out to be was something substantially different, and something that wasn’t worth much of anyone’s time. 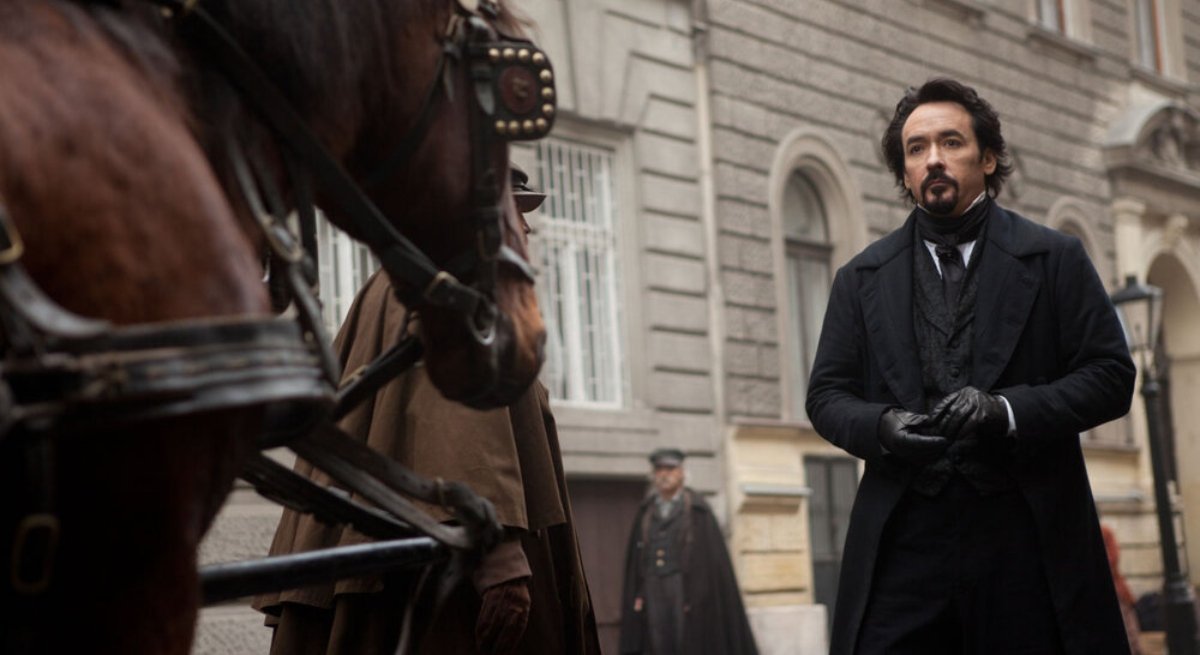 The film’s story is set within 1849 and it recounts a fictional retelling of Edgar Allan Poe’s last days being alive. The 19th century version of Baltimore in the state of Maryland is plagued by gruesome murders at the hands of a serial killer. However, the unique thing about these murders is that they mirror the gruesome ways in which Edgar Allen Poe describes some within his stories.

This brings the law enforcement’s suspicions towards Edgar Allan Poe, which is why he begins to search for this killer on his own. His only goal is to clear his name, and then think things take a turn for the dark. As Poe’s lover is the new target of this killer, he must do everything in his power to protect her and to find this killer before other atrocities are committed.

I don’t wish to credit or criticize this film without actually talking about the director first, in the case of “The Raven” the director is James Mcteigue. Well he isn’t known as the best director of all time when it comes to action films or films in general, he did make one of the most unique films known as “V for Vendetta”. 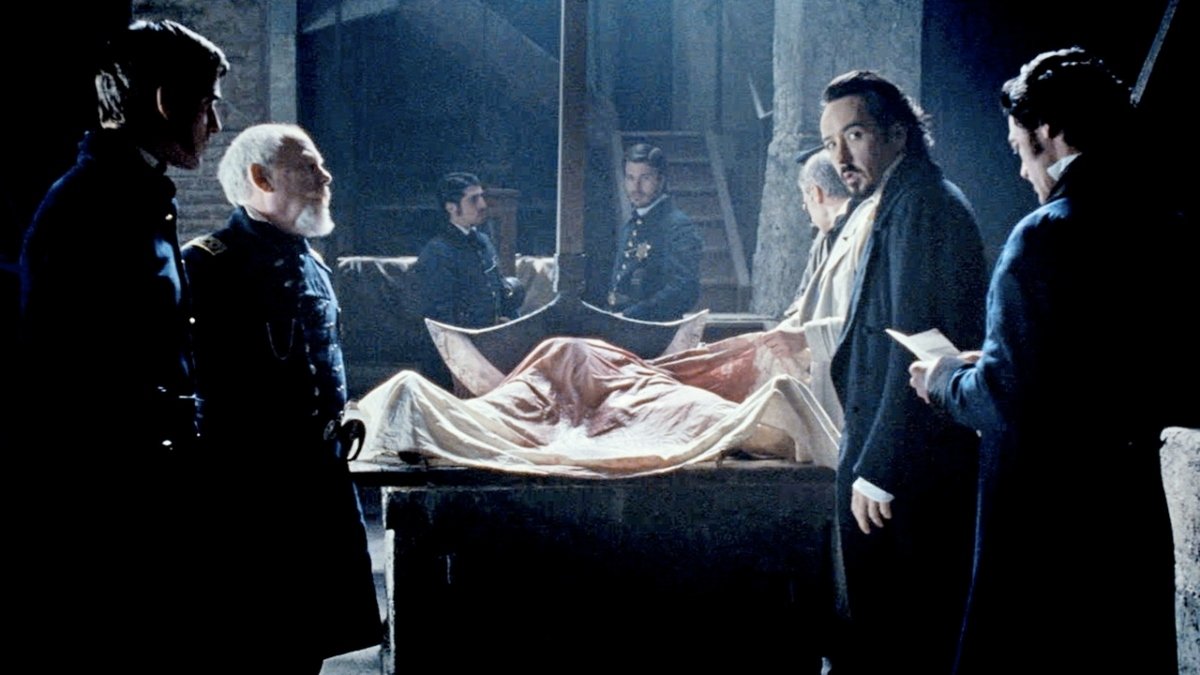 In a way, the director tried to bring the same layer of mystery and intrigue into this film. However, through no fault of his own; the script managed to fail incredibly hard in that regard. The film tries to be a mysterious and intriguing drama-thriller, yet it also features a ton of expository dialogue and boring monologues that add nothing to that particular idea.

There’s also the case of pacing, which feels almost sluggish in fashion. It’s a slow burner of a film, which tries to build up to an explosive climax but since the climax was brought up so many different times through exposition in the film already; it feels unearned. The thing that I found most bizarre in this film was that it actually did take into account some of the aspects of Edgar Allen Poe’s actual real life mysterious death.

However, it never really utilized them to full potential aside from the final act in which there is a reference to it. That shouldn’t bring it down in quality of course since this is a fully fictional piece of filmography, but I can’t help but think that it was a missed opportunity in that regard. 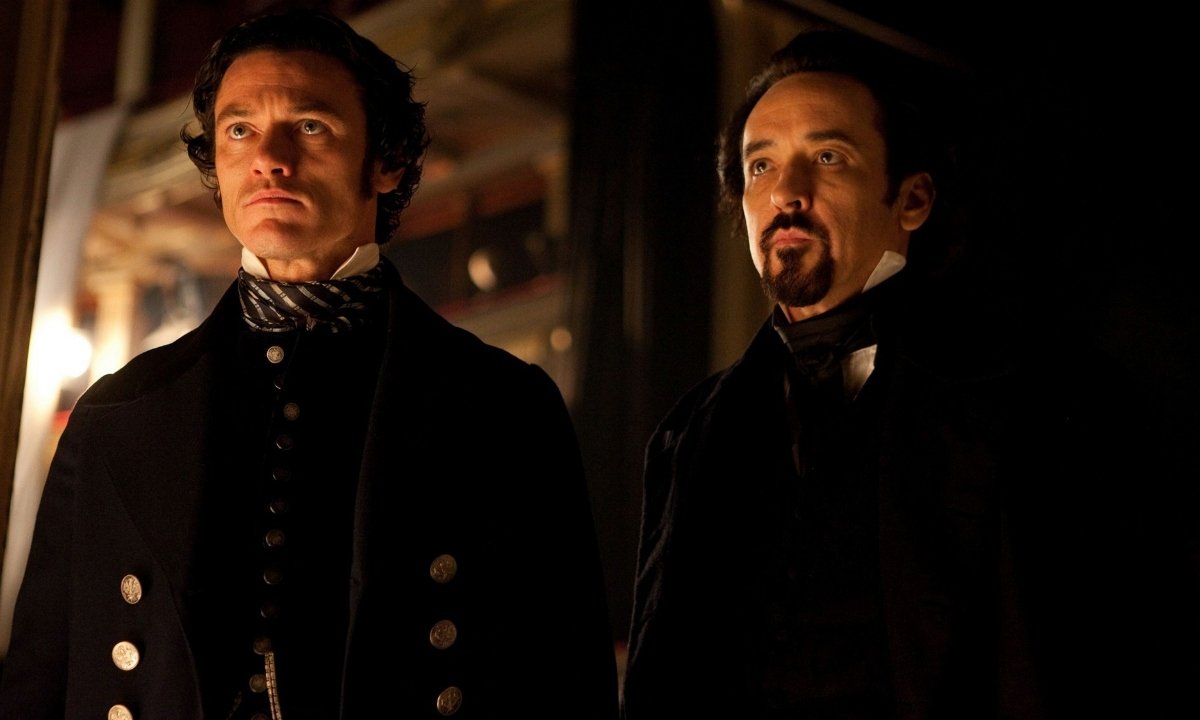 The world building that’s done within the film isn’t really special either, it’s a story with some of the most forgettable characters aside from the main character of Edgar Allen Poe. John Cusack was great here, delivering yet another over the top performance that he can add to his list. However, Luke Evans as Inspector Emmett Fields was the real show stealer here, giving a much more fruitful and expressive performance than he had done so before.

That was perhaps one of the reasons why he was cast in “The Alienist” in almost the same role as well, he’s great at this stuff! The performances that I did not like were by far from Alice Eve as Emily Hamilton and Sam Hazeldine as Ivan Reynolds. I honestly did not get convinced by their performances once, despite the two having some of the most important roles and characters moments within the film.

The one thing that I can’t help but love about “The Raven” though is the way it’s shot. It’s a beautifully shot film, with some of the best cinematography in the genre. It’s shot less like your typical Hollywood thriller and more like an art-house period piece, which features hints of that thriller-like element. It’s a film that features a minimal amount of color, yet the color red is highlighted and littered across the film.

It’s even featured prominently on the posters for the film, which symbolizes how big of a focus this film has on malice, darkness, blood and violence. This is further elevated by the incredible selection of locations that are used for the film, such as the artistically poignant city of Belgrade, and the cultural capital of Europe: Budapest.

The film would be neigh unwatchable if it wasn’t for the incredible selection of locations, as that adds a layer of depth and believability to its cinematography, characters and even the story.

The film’s story is almost silly to a fault, in a way it feels less like a mystery and more like an exposition manifesto. Yet the way it was shot, both in Budapest and in Belgrade; made it feel more authentic than anything in the genre at times. 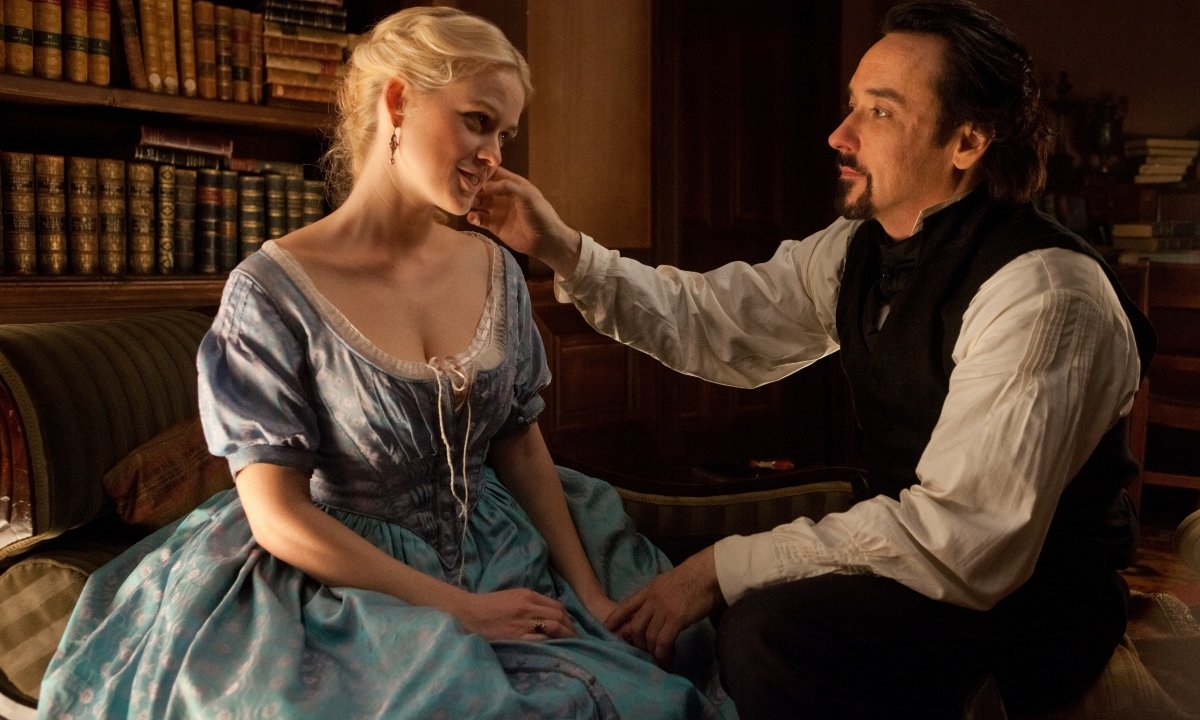 Cinematographer Danny Ruhlmann was deeply passionate about the look of this film, and he did the city of Budapest the utmost amount of justice by shooting it in such a beautiful way. While the shots within Belgrade are beautiful too, most of them were locations that weren’t featured out in the open and felt underutilized at times.

In conclusion, I feel like “The Raven” was one of the biggest missed opportunities in modern thriller films. The film could’ve been one of the most intriguing thriller films in the genre, and with a unique setting that could have elevated the mood of the film to a phenomenally high level.

Yet at the end, it turned out to be a total train wreck due to the script, the horrible pacing of the film and the below average acting for the most part. The film’s only saving grace are the beautiful setting, the wonderful production design and Luke Evans; yet they alone could not save it from being a total bust of a film, with a lackluster and incredibly predictable climax.