174
VIEWS
Share on FacebookShare on TwitterShare on LinkedIn
ADVERTISEMENT

The world’s first museum dedicated to the memory of actress Zsazsa Gabor was opened during a ceremony at ORIGO Film Studio in Budapest on Thursday.

Zsazsa Gabor is a Golden Globe-winning Hungarian actress, beauty queen, model, businesswoman, one of the most famous Hollywood sex symbols of the mid-20th century, and considered by many to be the world’s first and still one of the biggest celebrities. She is also one of the few film stars with Hungarian origin to have received a star on the Hollywood Walk of Fame.

As a result of persistent work for years by ORIGO Film Studio and the Hungarian Hollywood Council, the world’s first museum dedicated to the memory of actress Zsazsa Gabor opened on Thursday. The Budapest film studio already has museums about the life of Adolf Zukor and Andy Vajna, and now a significant part of Zsazsa Gabor‘s life has been added to them. 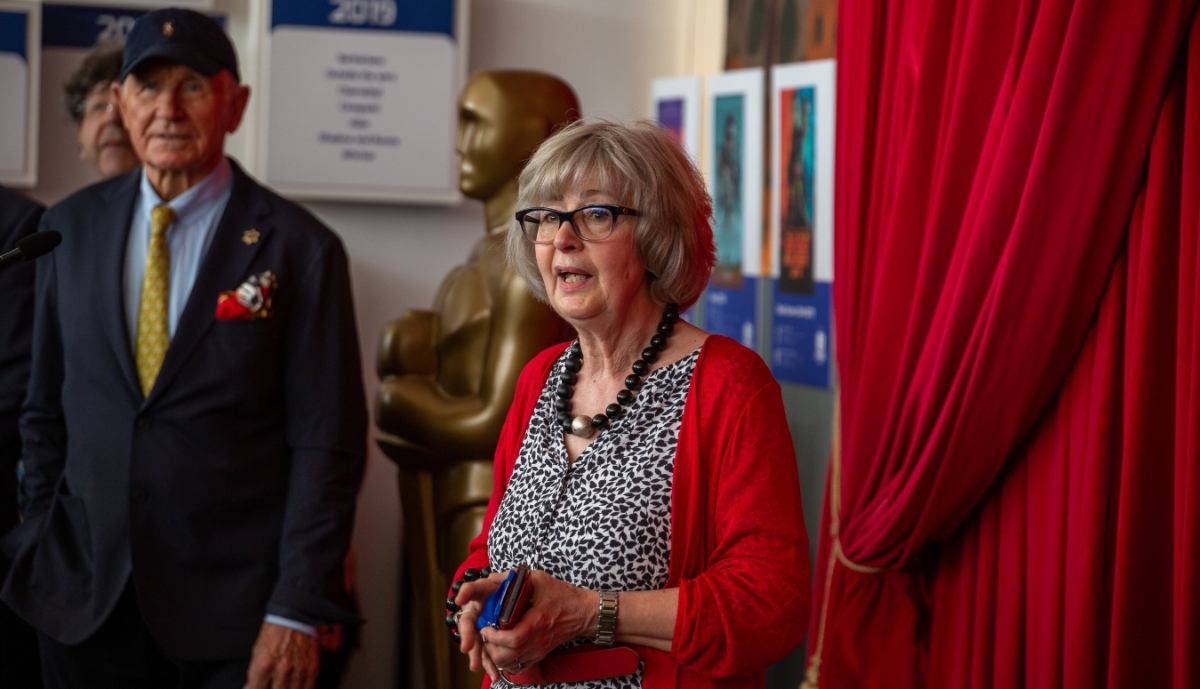 Márta Fekszi, Managing Director of Origo Film Group Zrt. and member of the Board of Trustees of the Hungarian Hollywood Council, said that the core of the collection consists of objects given to the world-famous actress by her husband, Prince Frédéric von Anhalt.

“The funniest thing was, that everytime she got a cheque, she said: ‘I’m not gonna sign it’, then tore the cheque to its parts and made a new one. She always received 50% on all invoices (…) then said: ‘take it or leave it’. And she got away with it. (…) Hopefully I get away with it now, and leave it up to you all, I want you to enjoy it. I know it’s there, I don’t need to see it, I don’t need to see anything about Zsazsa Gabor because I lived with her for 35 years. Everything about Zsazsa Gabor is in my heart.” – said Prince Frédéric von Anhalt. 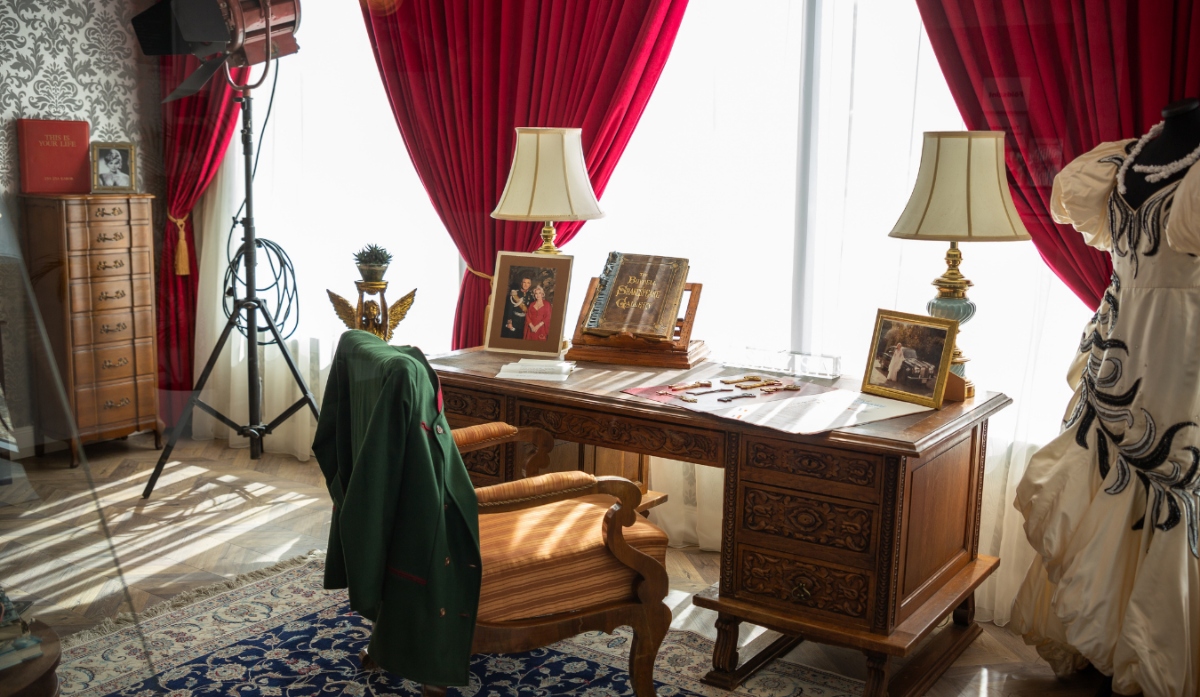 The original Zsazsa Gabor relics were shipped to Hungary from Los Angeles. The exhibition also includes furniture, books, paintings, photographs, medals and many personal objects related to the artist. A special feature is that visitors to the Zsazsa Gabor Museum will also be able to admire some of Zsazsa‘s famously glamorous evening gowns. 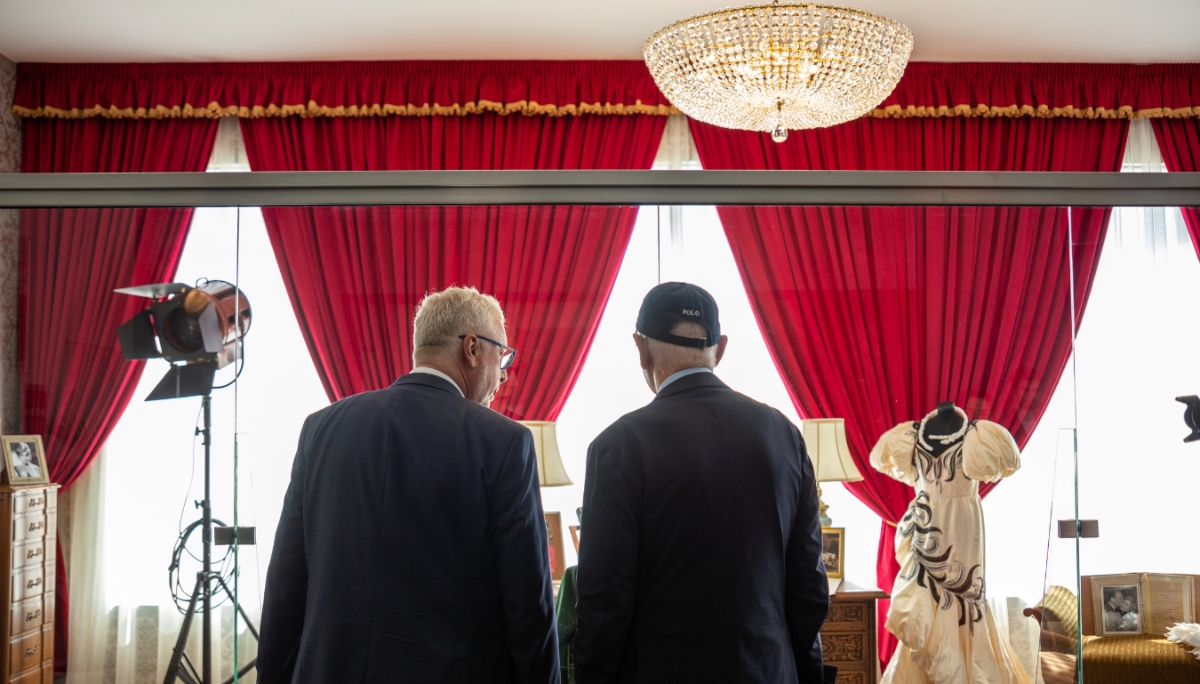 ORIGO Film Studio, together with Balázs Bokor, President of the Hungarian Hollywood Council, is not only planning to preserve the tangible memories, but also to make a series of films about the founders of Hollywood. The plan has already been presented at the National Film Institute, the first celebrity would be Tony Curtis, but of course a series about the adventurous life of Zsazsa Gabor would also be made, because, as Márta Fekszi says, “Zsazsa‘s career would not even fit into a film”.

During his speech, the prince promised to write a book about Zsazsa‘s life, full of exciting, untold stories. So, it looks like we will soon be able to watch and read about Zsazsa‘s unbelievable life.