138
VIEWS
Share on FacebookShare on TwitterShare on LinkedIn
ADVERTISEMENT

Will Smith is an actor who has proved himself quite adept at tackling many different kinds of film genres, but the most prominent of his works aside from comedy has always been action.

Will Smith has been in some amazing, action centric iconic films such as “I, Robot”, “I Am Legend”, “Hancock”, “Independence Day”, “Men in Black” and of course; “Bad Boys”. He’s an actor that carries each film with his charisma, and when approached by master director Ang Lee of “Crouching Tiger”, “Hidden Dragon” and “Life of Pi”, he definitely could not refuse the offer. This collaboration between the actor, director and a penchant for experimentation within the action genre led to the creation of “Gemini Man”.

The story follows a man named Henry Brogan, a former marine sniper, and now an ageing assassin working for the Defence Intelligence Agency (DIA) whose job is getting tougher by the day as his body grows weaker and slower with age. When things go wrong on a covert mission, the entirety of the Defence Intelligence Agency is now after Henry Brogan, and his only hope of survival is to take down anyone in his path.

The problem arises when a young assassin who looks exactly like Henry at a younger age is now on the hunt after him. This agent consists of a similar skill set and is a perfect copy of Henry, realising that this might be his clone; Henry sets out on a mission to understand his own true origin. 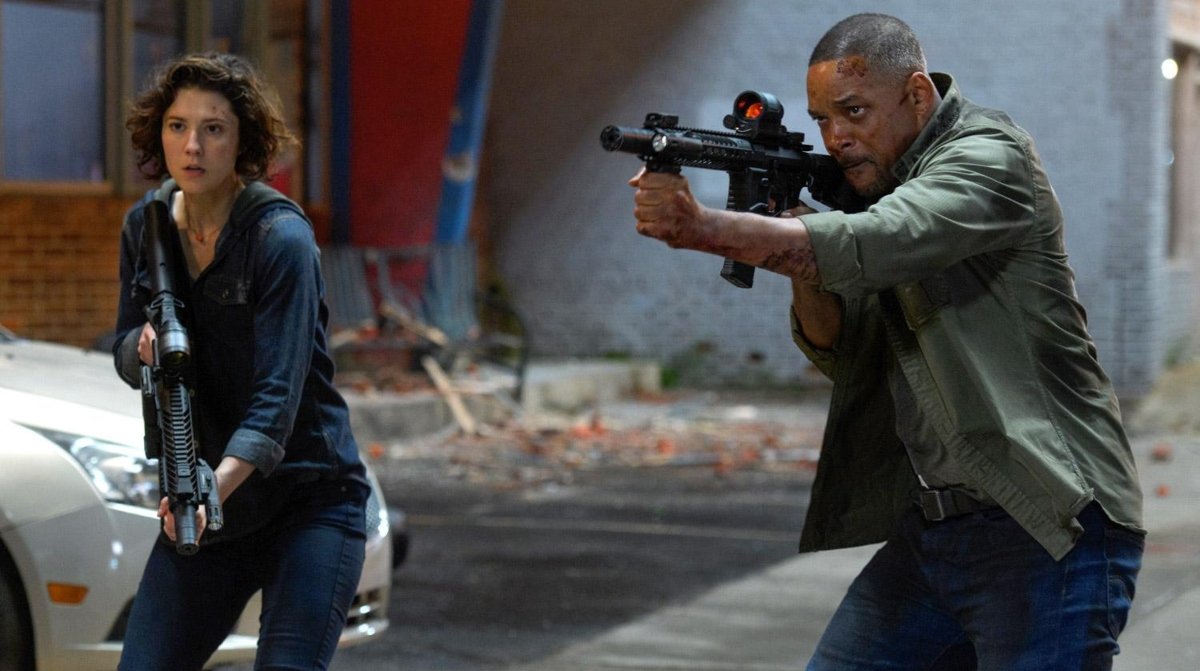 Staring off with the film’s direction, it’s quite messy to say the least. Ang Lee tried to create a fast paced international, yet highly conventional block buster film but as it seems it had no leg to stand on. The film’s script does not compliment this overly fast paced style of filmmaking, which leads it to feel entirely like a whiplash, it just flows by and you don’t really even notice if the story ended. It trades out a lot of its story, for a more well rounded action film. However, in doing so it messes up the whole pacing of the film in general.

The one thing that I do like about this film, is the action itself. If you watched the action scenes in this film without the added context, they are by far some of the most engaging action sequences in recent films. Spy thrillers are at a loss these days anyways, so seeing a film that is about espionage which goes wrong reminds me a lot of the Mission Impossible films, and feels like a tribute to old spy thrillers.

Action scenes are in abundance in this film, you can find action sequences with bikes, a tonne of gun fights and some good old martial arts combat. Just that part alone, makes this film worth watching for the exciting sequences of well choreographed battle. 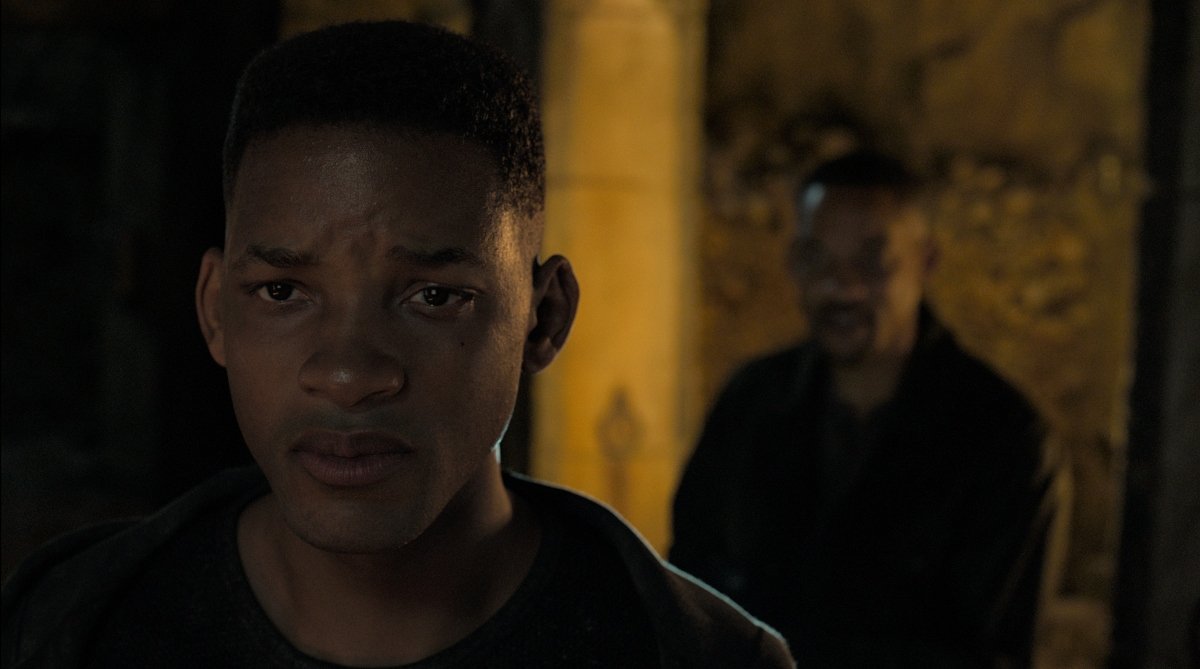 The performances are great though, especially the ones by Will Smith. He plays a double role quite masterfully, showcasing two entirely different characters who are also the same character, with different personalities and tweaks of their own. He also manages to pull out a younger voice, and an older voice for himself and that just sounds exquisite.

Mary Elizabeth Winstead, plays the role of Danny in this film. Well her performance isn’t something that I would call Oscar worthy, it’s still really good and elevates the quality of the film. The rest of the cast are oma they do a decent job for the most part, however nothing exceptional or anything that would stand out.

Back to the action sequences, they wouldn’t look as good as they do if it wasn’t for the exciting usage of cinematography and stunt coordination. The stunt team and the stunt choreography team, has done fantastic work in this film. Most of the stunts in the film have been done practically, and the stuntmen have done some exceptional work.

It start feels like it has a weight to it over every single fight including the many punches they throw in each battle have weight to them. This makes the combat in the film so much more believable, and the film overall more exciting period if only it wasn’t in 60 frames per second and in the classic 24 frames per second format, which would have made the hits feel even heavier in general.

Back to the cinematography, it’s not as good in most of the scenes in the film. It looks like a conventional Hollywood blockbuster movie apart from the actual stunts and action sequences. The film turns into a whole different beast when it comes to the action sequences, while it is a tame animal throughout the rest of its slower, sombre drama moments. The one thing that I don’t understand, why isn’t there any humour in this phone? And if there is, why does it not land ever? 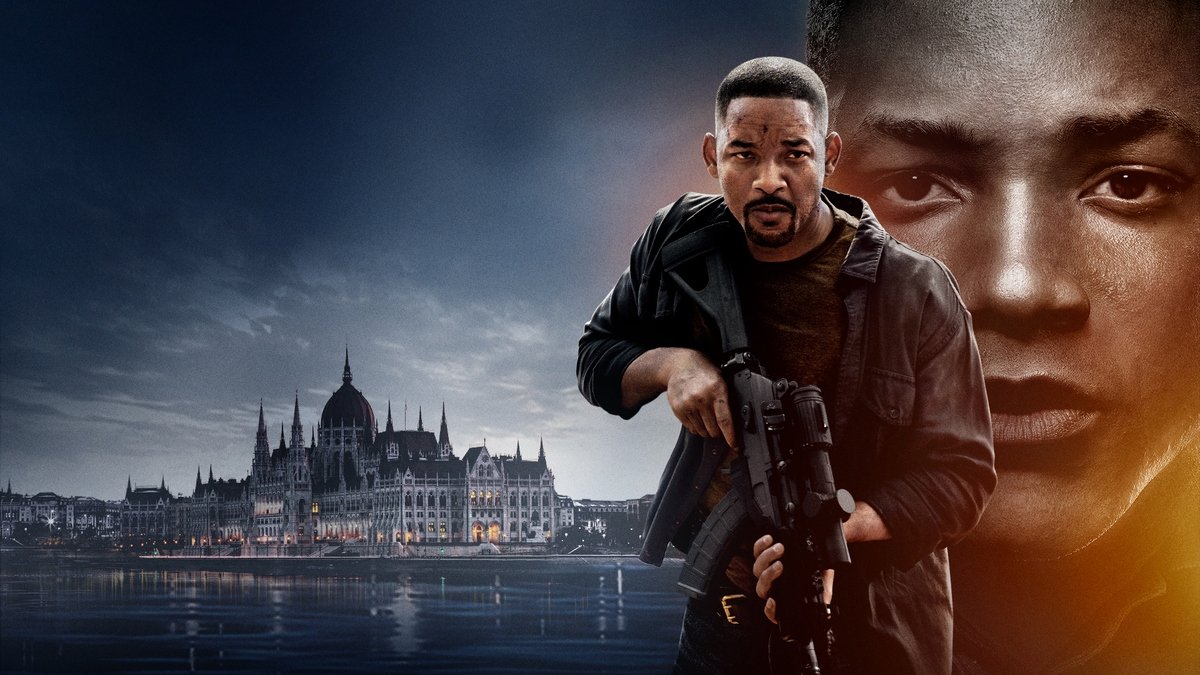 You know what helps the quality of this film improve? The fact that it’s actually shot in Budapest. I’ve said it before, and I’ll say it again, anytime you shoot a film in Budapest, it automatically becomes a cinematic visual masterpiece. Somehow this film doesn’t manage to be a masterpiece in the visual department, but it still manages to showcase how beautiful the city is in general. The other locations in the film don’t really hit too close to home in that department, yet still decent when it comes to the actual action.

“Gemini Man” is a colossal hit at Ang Lee’s reputation as a director, and his filmography overall. This is a film, which should have been much slower in pace and more concentrated on developing its characters instead of just throwing action at the audience. None of the film story parts, feels close to home.

The only good thing about this film, are the performances from Will Smith and Mary Elizabeth Winstead, the shooting locations in Budapest and the actual action. When it comes to substance though, the story falls flat, the characters are boring and the dialogue is usually just nothing entertaining. The 60 frames per second format makes the CGI face off a young Will Smith look terrifying, well the actual unanimated Will Smith still tries to do his best. There was potential here, however it wasn’t utilised to its fullest.