Why Hungary is a Haven for International Film Productions?

But one facet of the country which still largely goes under the radar is that contemporary Hungary is an absolute haven for international filmmakers and productions. This is thanks to its well-established film studios, enthusiastic cast and crew, and a whole swath of financial perks to boot.

But also, for many living outside the landlocked European country the somewhat elusive nation may be best known for its rich history of classical music, steaming spa culture or the humbly ingenious Rubik’s cube. In the case of film aficionados, it may be best known for its wealth of emigres to classic Hollywood including William Fox, Michael Curtis and Bela Lugosi, or modern masters such as Béla Tarr.

This has seen the likes of Lionsgate Films, MGM, Paramount TV, Sony, Marvel, Netflix and Amazon Studios produce large scale, big-budget works within the country’s borders. This includes several upcoming blockbusters—such as Marvel’s Black Widow and Warner Bros. and Legendary Pictures’ Dune. And, what’s more, despite the chaos of 2020s pandemic, the Hungarian film industry has continued to boom. 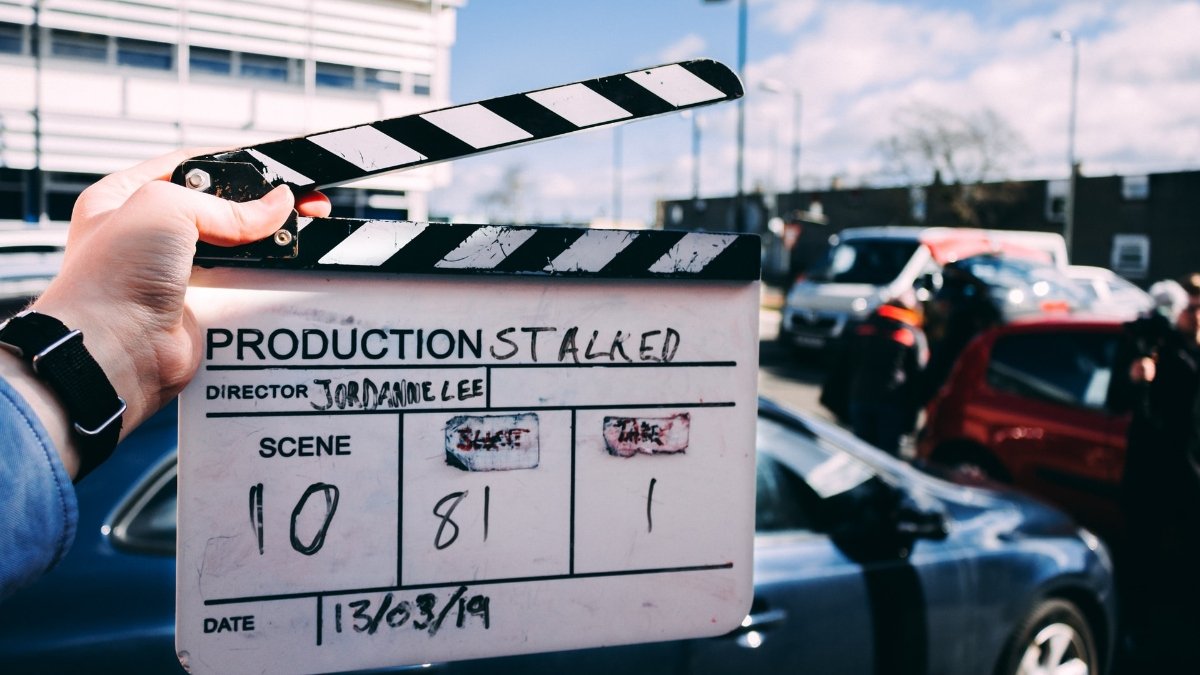 While the story of the Hungarian Cinema stretches all the way back to the inception of the medium, our sights are firmly set on what infrastructure exists for filmmakers today. Most of which can be found in the country’s capital—Budapest.

Origo Studios (formerly Raleigh Studios) may still be in its youth, but due to its state-of-the-art construction in the late 2000s, for its opening in 2010, it has quickly become one of the country’s prime draws for international productions. Only a short drive away from Budapest’s city centre, the studios eight major stages—ranging from 1200 to 4,400 square metres—alongside its specialist VFX stage set a high bar. Last year alone (during the COVID pandemic, I must add) the studio welcomed the cast and crew of Amazon Prime’s Birds of Paradise alongside the hotly anticipated Dune helmed by Denis Villeneuve.
What may have helped Origo Studios continue to flourish amid the pandemic was the fact that they were, according to their film group, the first major studio in Europe (and potentially the world) who introduced effective anti-COVID protocol across all their stages. This reassured productions that their schedules could continue, and finish on time, at the studios.

To the west of Budapest, the slightly older (but still very modern) Korda Studios have hosted the likes of Universal Studios for Hellboy II: The Golden Army and, more recently, Netflix for The Last Kingdom. What is particularly impressive about Korda Studios is that it hosts one of the largest soundstages in the world—with an area of 6,000 square metres and a net buildable height of 20 metres.

The legendary MAFILM Studios are also not far from downtown Budapest. The studios, established in 1948, have arguably played the most significant role in Hungarian film history to date. It, like the other studios, continues to thrive and has recently housed a number of international productions.
Not only does Hungary house the resources for large scale productions, but it also welcomes smaller, independent feature films. In 2020, this included titles such as My Best Friend Anne Frank and The Unbearable Weight of Massive Talent—both acting as testament to the fact Hungary provides fertile ground for any type of film production.

Thanks to the country’s long-standing, and recent, interest in film production, Hungary is home to many, many skilled crew members. While many of them may find more stable work at the key studios and production houses, many of them (as with a lot of crew worldwide) are devoted to passion projects which seek to push the envelope of the medium. The department where this is most notable in the case of Hungary is perhaps cinematography, with many historically significant cinematographers finding their origins in the nation—such as Vilmos Zsigmond and László Kovács to name but two.

Beside the skilled crew and incredibly well-equipped studios, the country has a lot more to offer for filmmakers.
Most obviously, Hungary’s unique landscape offers wonderful, varied backdrops to suit a range of different production needs. For dense and diverse European cityscapes, Budapest offers a rich and varied palette—from classical and decadent European architecture and religious sites to modern high-rises and more. Further afield, the country hosts a diverse range of European nature including dense forests, sprawling vistas and large bodies of open water. The Hungarian countryside also offers up a variety of unique and varying towns and cities—of both urban and quaint varieties.

Conveniently, many of these locations are incredibly film-friendly thanks to the Hungarian authorities’ positive approach to cinema. This has allowed productions like 20th Century Fox’s A Good Day To Die Hard to complete incredibly complex city-based driving sequences with relative ease—at least when compared to the elongated and expensive processes of other nations.
Of course, being film-friendly doesn’t mean that productions can get away with not applying for permits—but it does mean that acquiring those permits is a relative breeze. More information on the exact protocol for public filming in Hungary can be found here. 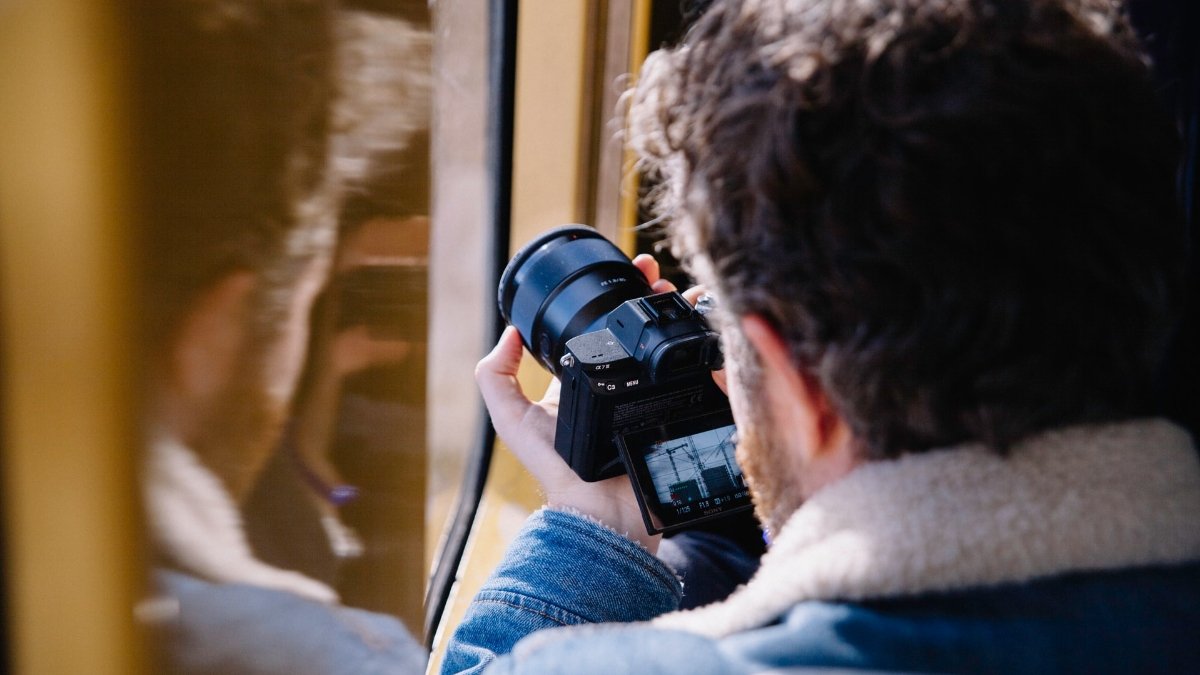 At the end of the day, where and how a film gets produced will likely be down to a number of economic reasons. But, once again, this is a department where Hungary will appear very appealing to filmmakers, producers and production houses alike.
Most directly, Hungary offers a tantalising 25+5 percent tax rebate for film productions—which compares to a maximum of 25% in the UK and 20% in Germany.

Moreover, due to (on average) longer working hours, which often run up to 12 hours, unfavourable overtime fees are less likely to rack up on productions within the country. This can easily be paired with the fact that there are no unified trade unions for film production in Hungary—a fact that obviously has both positive and negative ramifications. But for incoming productions, the positives resound—seeing more negotiable overtime rates, working hours and working terms.

It is also worth noting that Hungary’s national film fund is actively pursuing co-productions. In 2020, they backed eight co-productions, encouraging local and international talent to intermingle in order to create great new works of cinema.

Beyond a Leading Production Service Provider

For all these reasons and more, it is clear that Hungary is currently among the world leaders for providing film production services to international production houses and filmmakers. And after climbing to the top by creating state of the art studios, training new generations of crew and attracting global attention, the future of the Hungarian film industry looks brighter than ever.

Csaba Káel, Government Commissioner for the Development of the Hungarian Motion Picture Industry, has stated in interview with the Hollywood Reporter: “I like to compare us to Italy…When Fellini made La Dolce Vita [in 1960], Rome was the centre of international service productions in Europe. I hope we are at the start of our own Dolce Vita for Hungarian films.”
As such, whether you are looking for the locale to produce your next film or are simply looking for Cinema’s next big destination—you need look no further than Hungary.