What should I watch? – Perfect movies for Halloween

What should I watch? - Perfect movies for Halloween

134
VIEWS
Share on FacebookShare on TwitterShare on LinkedIn
ADVERTISEMENT

The Halloween season brings about a craving for scary movies. Every October finds the world captivated with the aesthetic of ghosts, demons, monsters, and all sorts of things that make your skin crawl. In the same way that we find the fun in dressing up our world as a spookier one, the same goes for our taste in film.

There’s a few standbys that most people gravitate towards instantly. For the younger crowd, there’s always been the essential Disney pictures of the darkly comedic “The Nightmare Before Christmas” and the odd adventure of “Hocus Pocus”. For the slasher fans, it’s hard not latch onto the numerous franchises of Halloween, “A Nightmare on Elm Street”, and “Friday the 13th”. 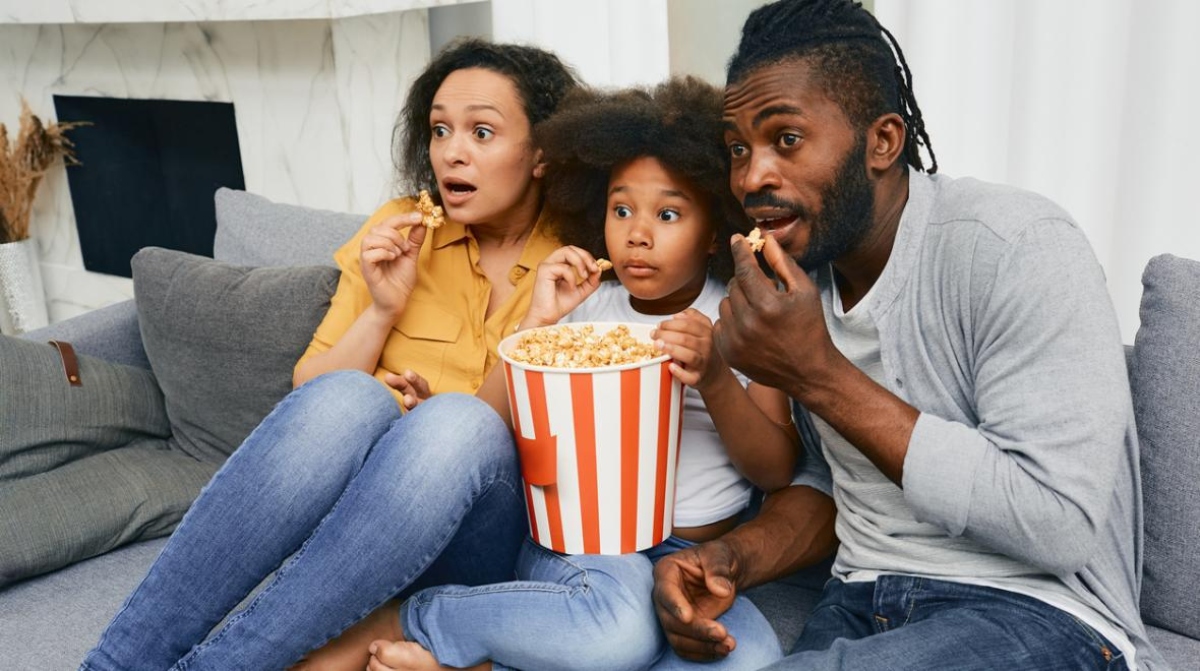 But what makes such films perfect for the Halloween season? Perhaps it’s because there’s more than one variety of horror film that audiences flock to around this time of the year. In fact, there are so many variants of horror that it’s nearly impossible for someone not to find a film in this genre that will appeal to them.

For families who don’t want to frighten their kids too much, there’s plenty of charming options that are in the spirit of the holiday. After all, kids are clearly going to have the most fun this time of year for the tradition of Trick or Treating. It makes sense that there’d be a host of Halloween movies aimed at the younger crowd.

For the young kids, a good start may be “The Great Pumpkin”, Charlie Brown. It’s a tame but intelligent animated TV special that’s as much about Halloween antics as it is a contemplation on belief. 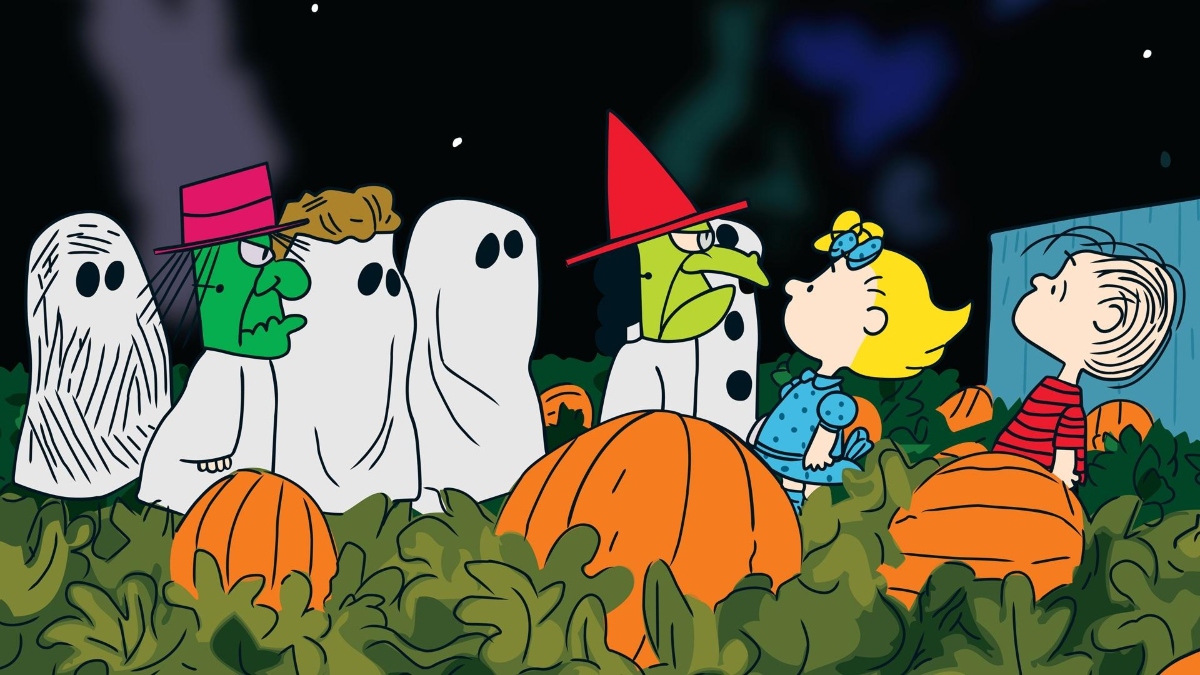 The premise of Linus being obsessed with a magical creature known as The Great Pumpkin pairs nicely with the various Halloween activities makes for some great comedy. It’s also filled with many memorable moments, as with Charlie Brown’s unlucky Trick or Treating that ends up with him always getting a rock instead of candy.

Now let’s say the kids are getting older and they want something a bit more challenging. “ParaNorman” is a great transition film for being a stop-motion horror that plays with the creativity of being an outsider. The film takes place in a small town where the young Norman accidentally awakens a curse that turns his town into a zombie infested nightmare. It’s a great film to test the waters if your kids are eager to jump into the more terrifying zombie pictures. 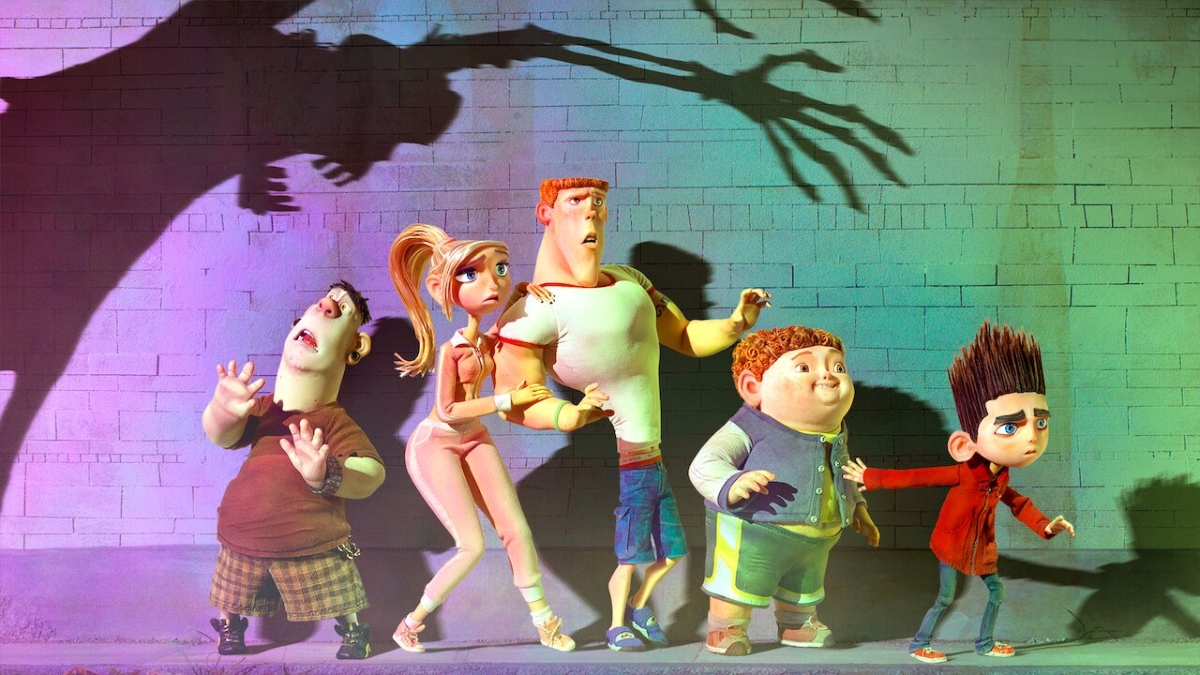 “Coraline” is also a great choice for something far more scary for tweens. Based on the story by Neil Gaiman, this surreal fantasy finds a new girl in town discovering a fantastic world of magic, terror, and people with buttons for eyes. Developed by Laika, the same studio behind “ParaNorman”, it still holds up as a creepy tale for adults as it is for kids.

In terms of what scares us adults, that question becomes a little more tricky. Some adults still do enjoy a simple ghost in the darkness or a killer in the closet to be sufficiently frightened. There’s no shortage of films like that. “The Conjuring” has been a solid series of films about paranormal terrors that haunt victims with plenty of eerie and spooky moments.

There’s an extra dose of creepy when you consider that the films are based on the real-life paranormal investigators of Ed and Lorraine Warren. You also can’t go wrong with John Carpenter’s “Halloween” for the most fitting slasher picture of the season.

But let’s say you need something a little more than that. Maybe you want something really scary and the likes of jump-scares and bloody slashings just don’t do it for you anymore. Psychological horror that focuses on the frightening aspects of our own psyche can be incredibly scary.

“Post Mortem”, recently released on October 28th, is a solid example of blending both real-world scares and aspects of the paranormal. The Hungarian horror follows a post mortem photographer that is haunted by the ghosts of a haunted village following World War I. It’s as much a ghost story as it is a film that addresses real horrors of war.

Tragedies that frighten us don’t even have to be that broad as the horrors of war. Sometimes it can even be cerebral. A good example of this aspect would be “The Babadook”. Directed by Jennifer Kent, it’s a film about grief as a single mother struggles to raise her son while being haunted by the storybook creature known as the Babadook.

It’s not just another supernatural horror considering that the Babadook represents the mother’s own grief that she struggles to keep at bay for fear that it will consume her and kill her child. The film ends with the mother not so much killing the Babadook as she learns to live with it, similar to how we carry grief with us as we try to move on in life.

There’s this aversion to horror movies that some people have. This avoidance mostly has to do with blood and guts. For a handful of people, horror is a genre that conjures such films as “Saw”, “Hostel”, or “The Texas Chainsaw Massacre”. While it’s undeniable that violence is a big part of the medium, not all of it is so visually grotesque and nauseating.

The aforementioned “The Babadook” is a great example of minimal violence while still being scary. Plenty of other psychological horror films accomplish the same effect of being frightening without gruesome. The most minimal of horror can be found in found-footage horror.

Films such as “The Blair Witch Project” and “Paranormal Activity” were small films that didn’t have the budget for lots of blood but had enough creativity to develop scares by posing the footage as real observations of supernatural horror. In fact, both films were only successful due to campaigns where word of mouth spread and quickly made them big hits.

There are so many options when it comes to find films fit for Halloween that there’s something for everyone. Wanna laugh with a comedy about monsters? Check out the vampire mockumentary of “What We Do In The Shadows”. Seeking a postmodern critique of slasher movies? Give Wes Craven’s “Scream” a go.

Need some blood and guts? Fire up Peter Jackson’s gory classic “Dead Alive”. Don’t want blood? You can’t go wrong with the classic Universal monster movies of “Frankenstein” and “Dracula”. Searching around to find just the right movie for this time of year can be just as satisfying as going door to door trying to fill a bag with candy.