133
VIEWS
Share on FacebookShare on TwitterShare on LinkedIn
ADVERTISEMENT

Dinosaur films are some of our favorites, not because the prehistoric animals don’t are extinct, but because they are so fascinating in their anatomy, feature some of the most unique design and are genuinely one of the world’s most exciting hidden secrets.

A lot of the time film makers take tons of creative liberty when it comes to making dinosaurs, this can result in some of the best dinosaur designs that we’ve seen in ages. the best thing about dinosaur film is that they are exciting and at times very scary. So, with that say, here are the top ten must see dinosaur movies of all time. 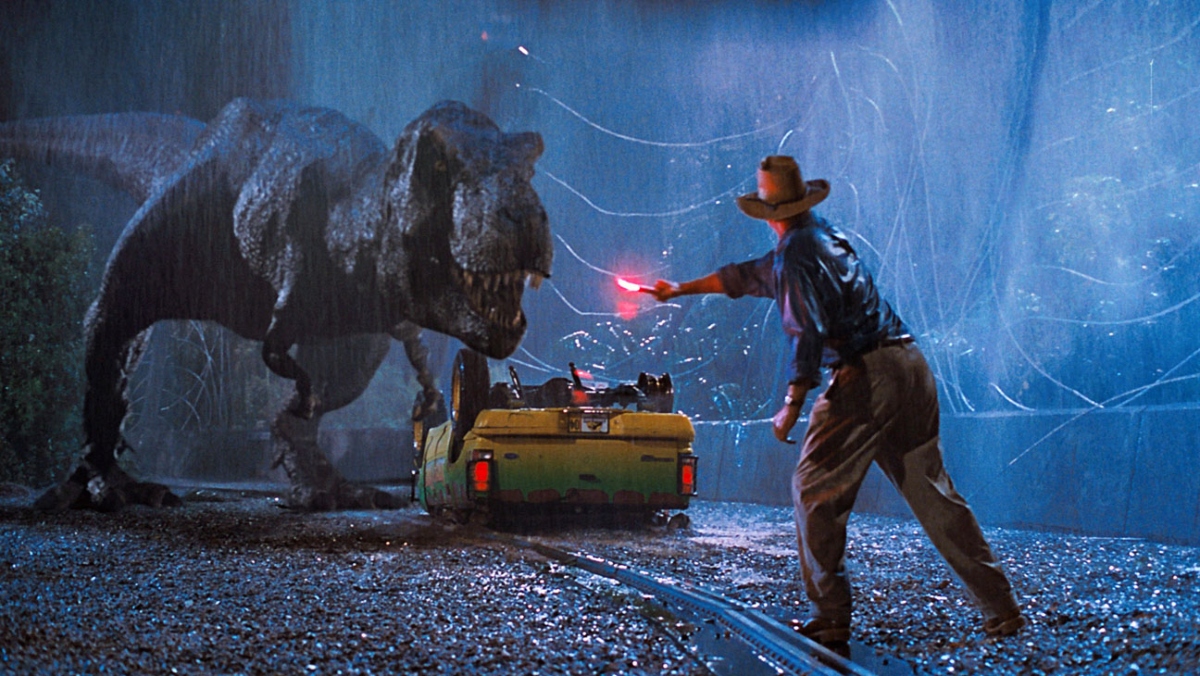 Director Steven Spielberg is a master of his craft, originally when he created “Jurassic Park”, it was one of the most unique and successful movies of all time. This dinosaur film was not only an intense suspense thriller, it was also terrifying at the time for young minds at adults all the same.

The story follows a group of explorers who arrive at a place called the Jurassic Park, where prehistoric animals are kept as the to see instead of regular animals. This film was also a genuine spectacle, especially since the robotic dinosaurs were created from the ground up for this movie. This particular film relied heavily on practical effects rather than computer graphics. 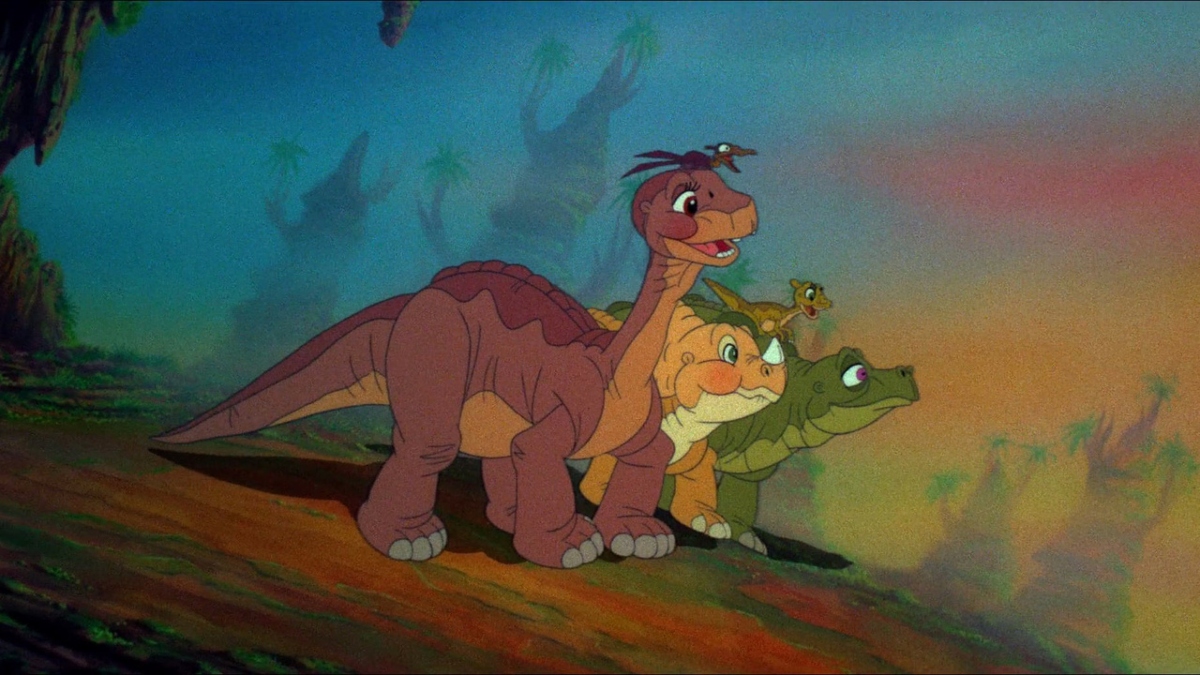 “The Land Before Time” is one of the few franchises which would always manage to make us cry as children. This early iteration of animated dinosaurs was some of the most heart wrenching and tearjerking content that we had seen. The story followed a group of dinosaurs survivors as the world around them was starting to collapse and destroy itself.

Naturally, since it was a children film, there was a lot of beautifully written characterization that went into it. It was also one of the first few films which truly animated the dinosaurs, it was a fully hand drawn animated film, and revolutionized the game for many different films of this kind. 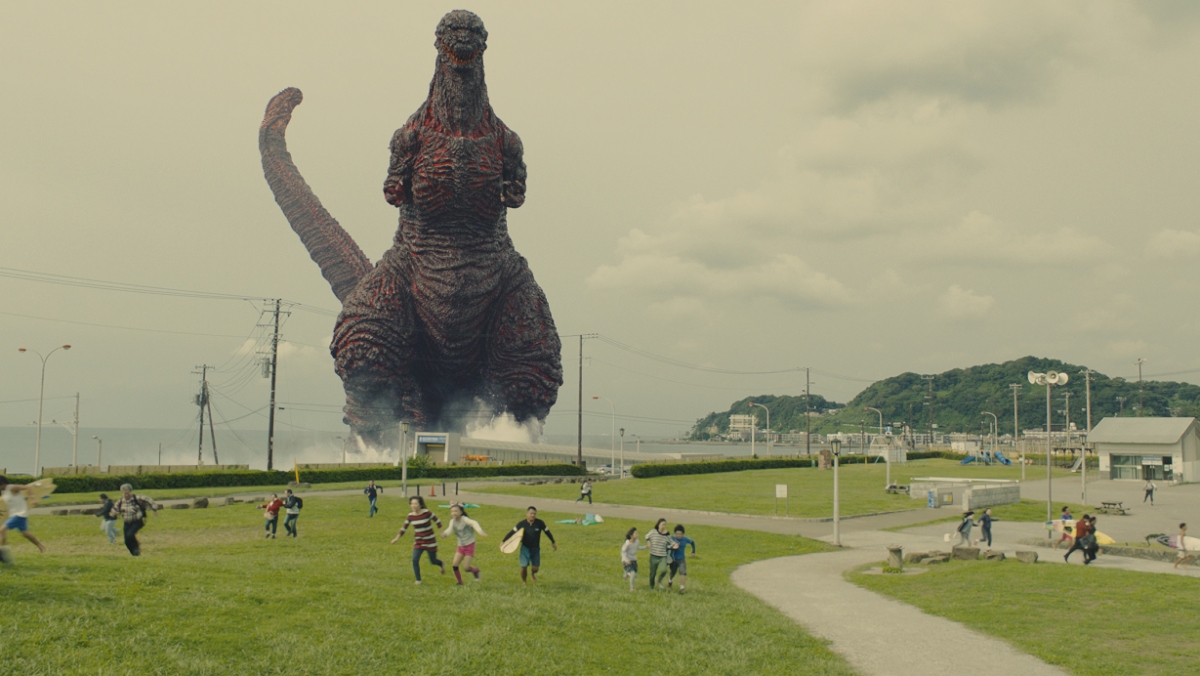 What’s so terrifying about “Shin Godzilla” is that you can’t really know what’s real and what isn’t for the most part. A lot of this film was shot with miniatures and practical effects, and a lot of it was also CGI and computer graphics. However, it seemingly found a middle ground between the two where it looks hauntingly believable and genuinely terrifying with that dinosaur design. Godzilla is back and this time he is more terrifying than ever before, arriving with a vengeance unlike anything we’ve seen in a Godzilla film.

This film looks absolutely haunting, the Godzilla design is downright disturbing at times with eyes that are gouging out and a body that is limp and uncharacteristic of previous iterations. The soundtrack is also terrifying, which is what makes this such a fantastic endeavor. 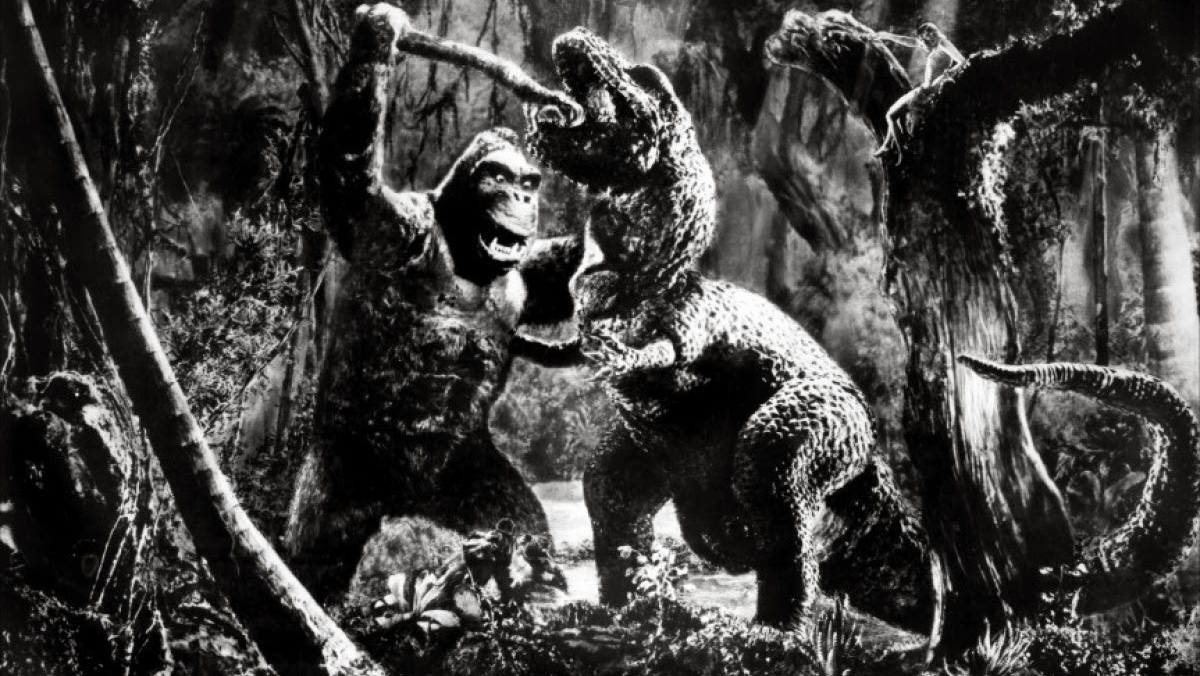 We know that “King Kong” mainly focuses on the titular protagonist the humongous gorilla that battles against any and all forces to protect his dominion. However, Peter Jackson’s iteration of King Kong dives deeper into Kong’s island and showcases the horrifying creatures that lurk within it. Not only does King Kong features some of the most terrifying insect creatures, it also features genuine dinosaurs that column has to battle in order to save the humans.

Peter Jackson and the entire reliance on CGI and visual effects in this film was beautifully done. The dinosaurs looked realistic despite their anatomy not being as particularly good as the Jurassic Park films. However, at times the insects did look a bit chunky, but the dinosaurs were still perfect. 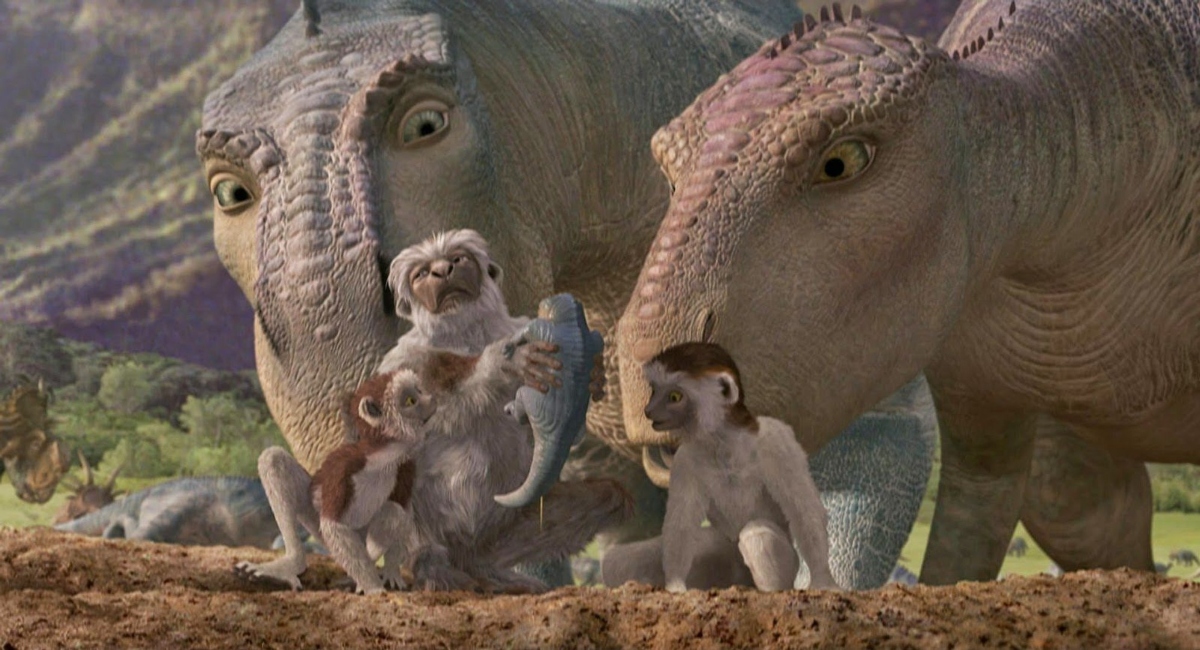 “Dinosaur” is a little known film about the wonders of live action CGI, a film that is entirely made out of animation and yet it looked so good at the time of release that it was hard for people to believe it was animated. Dinosaur follows the story of a lonely dinosaur move finds himself in a pack of Lemurs, but when meteors begin to strike and the earth begins to crumble, there perfect paradise is coming to an end.

Now, Aladar must use his superior prowess as a Dinosaur to help and protect his people, and also ensure the safety and survival of his clan from the clutches of evil dinosaurs such as the T-Rex. 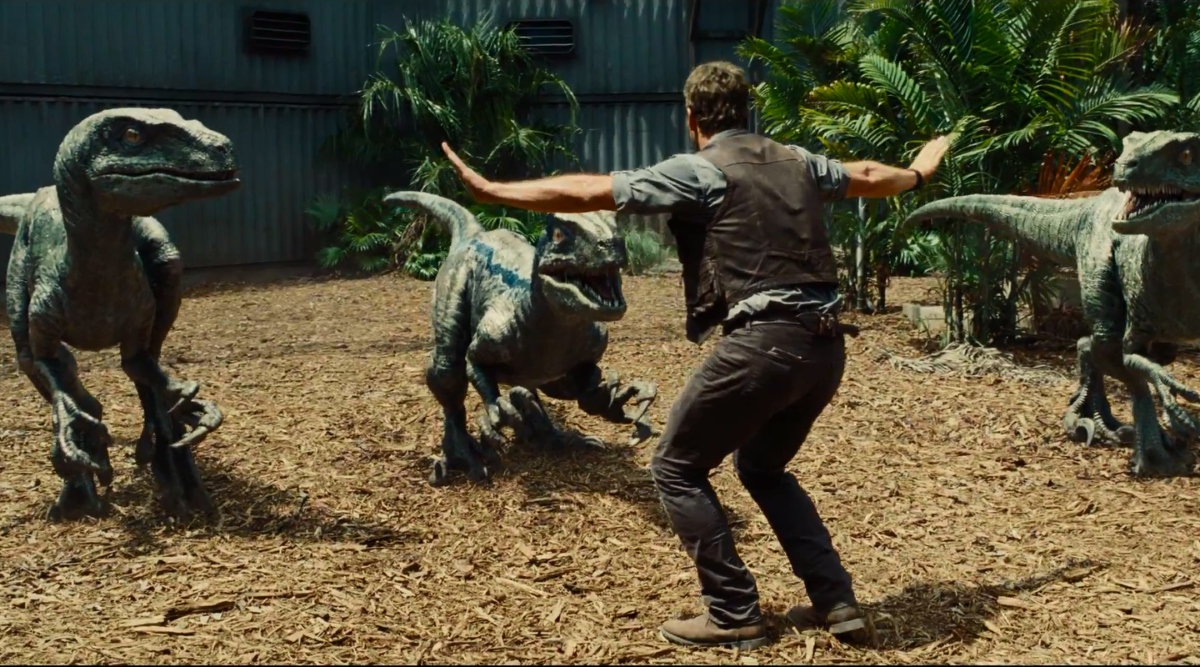 “Jurassic World” is a reboot of sorts for “Jurassic Park”, and in all honesty, when it comes to the visual effects and the computer graphics animation, this is a huge step up. Not only is “Jurassic World” one of the most beautifully designed computer graphic films, it is also one of the highest grossing films of all time period the film stars Chris Pratt as a park manager who ensures that the prehistoric animals at the park he works at are safe and secure, as well as well taken care of.

This firm utilizes a ton of new strategies for filming dinosaurs, from practical life sized robots, to set designs that seem like they have dinosaurs all around the characters, two actual motion capture of humans and then turning them into dinosaurs. There was a ton of innovation that went into this film. 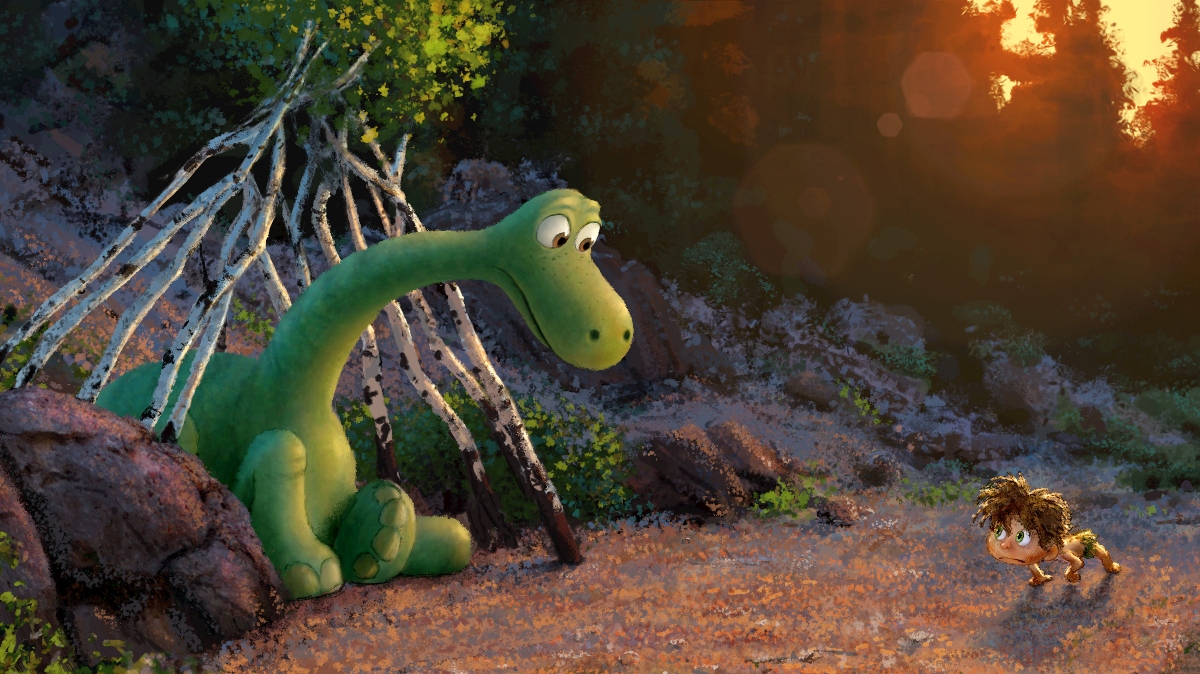 “The Good Dinosaur” is one of the few dinosaur films that isn’t insanely popular, and yet it’s one of the prettiest films that we’ve seen in ages. This colorfully animated film showcases the drawing the leash and ship between a human boy and a dinosaur, as the two find each other after a fateful event.

This film truly tugs at your heartstrings, it is one of the most heartwarming movies of all time and it is a genuine example of how some of the best animated films are often overlooked. 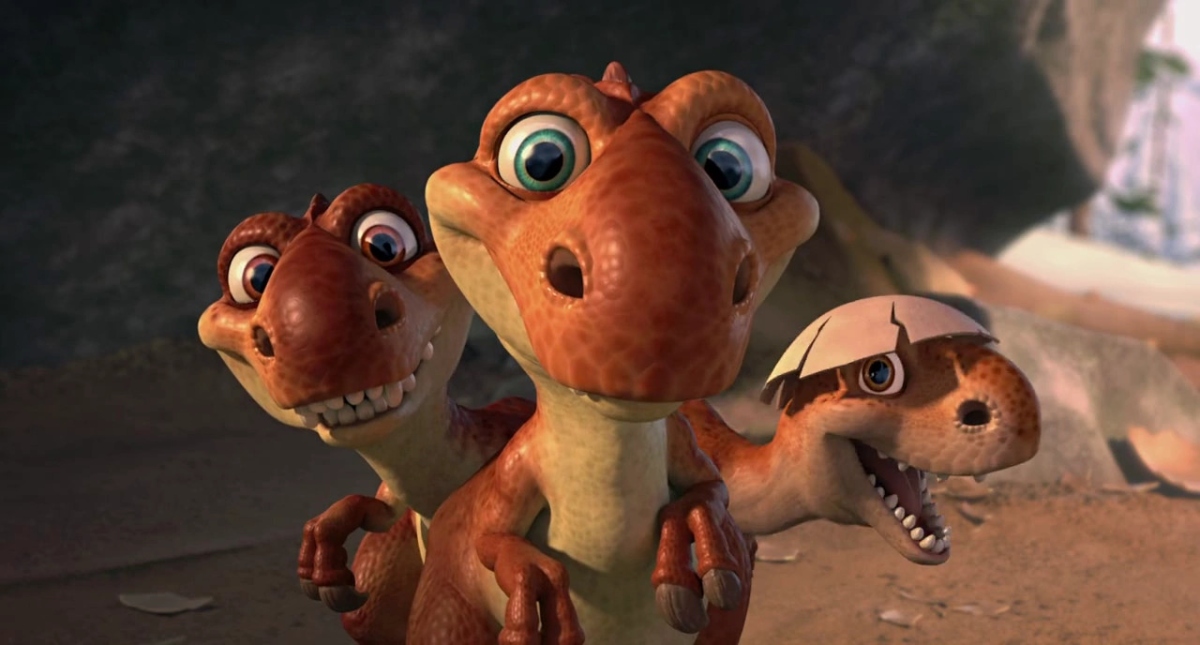 What else can we say about “Ice Age 3” that hasn’t been said before? Ice Age 3 takes us down in the depths of the underworld where the dinosaurs are living. It is just below the ice world that our main characters belong to, and there is so much danger lurking therein period of course, to eat them on their journey, they will have Buck on their side.

This film features a ton of dinosaurs, a ton of action and a ton of comedy goodness. All of which is animated to perfection due to the particularly high-quality design!

Brendan Fraser might have fallen into obscurity as an actor in the 2021, but he was a huge star back when “Journey to the Center of the Earth” came out. In fact, it was one of the last few films where he was insanely popular and before his popularity died down. This film featured a ton of action, there was huge action set pieces and a ton of set design that went into this.

However, the most incredible parts of this film were always the ones with the dinosaurs. There’s so much dinosaur action in this film that it’s almost hard to believe that it’s not a dinosaur film out trade. Though, We’re going to count it because of the high quality animation and dinosaur modeling.

“Walking with Dinosaurs” – is it story of friendship, the friendship between three different animals of the prehistoric era and our main character is a dinosaur. This film follows the same art style as “Dinosaur”, having a wonderfully realistic art style yet fully animated design. This results in a film that is anatomically perfect for the dinosaur design, and yet feels a little clunky when it comes to the overall animation.

It can give you a ton of good memories because of this, because it’s a film that is animated and want to love as a child.