256
VIEWS
Share on FacebookShare on TwitterShare on LinkedIn
ADVERTISEMENT

Christmas is one of our favorite times of the year, it’s a time for us to get comfortable within our homes during the holidays and enjoy our time with the family.

It’s also the best time to sit around the fire place, and watch some classic Christmas movies! Since the 25th is almost here, and the snow is falling, cups of eggnog are being made and presents being wrapped, it’s time to catch up on some Christmas classics! What better time to talk about some of the most prolific Christmas films to ever release?! 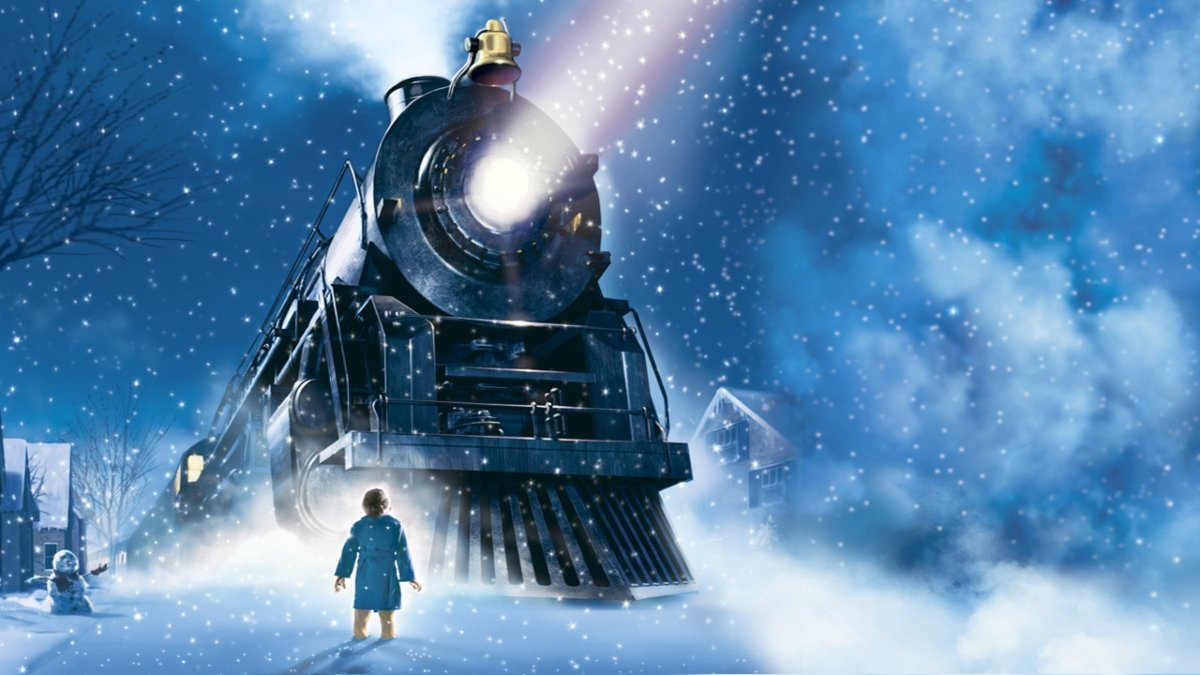 “The Polar Express” was a movie that I saw as a kid and I absolutely fell in love with it. It’s a film that is made completely out of CGI, and it looks absolutely breathtaking for the time. It is not only breathtaking in terms of the visuals, but the characters feel lively through beautiful voice acting and some of the best storytelling I’ve seen in a while.

Will Ferrell as often remained one of my favorite comedians in Hollywood. The reason for this is that he’s just effortlessly funny, He could pick up any line of dialogue and turn it into a joke that would be rib tickling. The same is the case with elf, a film about a human child growing up to be an elf. The fun begins once he returns to the world of humans, and finds himself to be misplaced in a place he doesn’t belong. 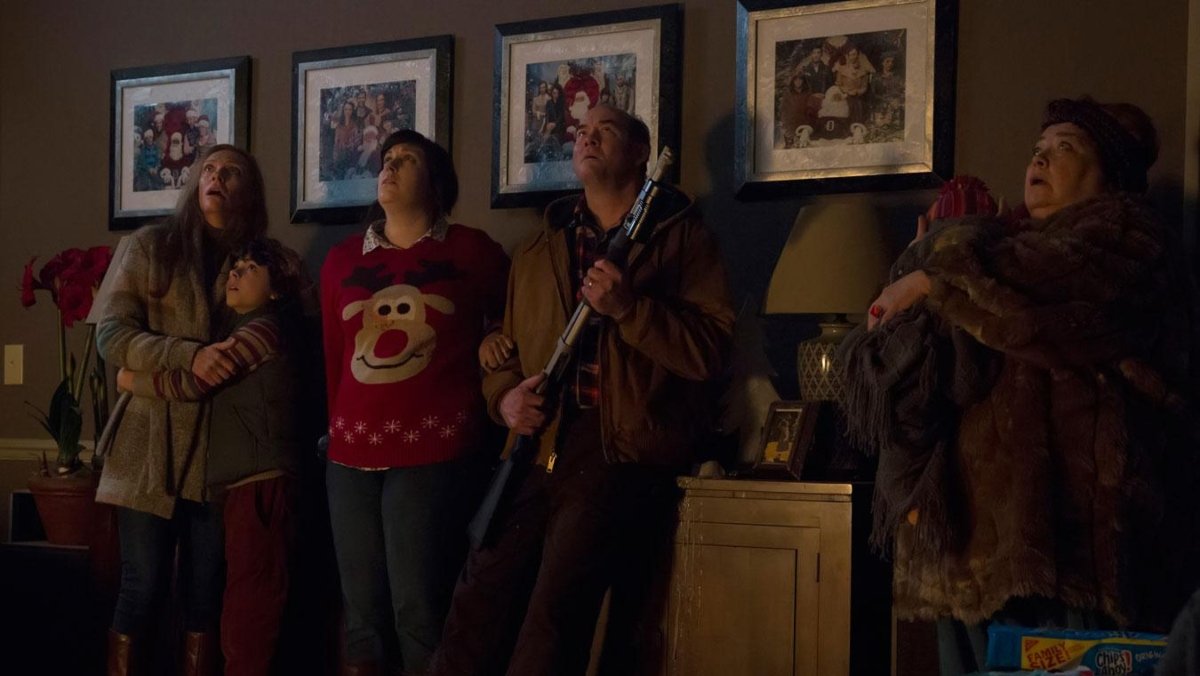 We know all about good Christmas movies that you can watch with the family, grab a cup of eggnog and just relax watching a fun family film. “Krampus” on the other hand is anything but that, it’s a horror film and it’s a damn good one. The story follows a young boy named Max, who learns about Christmas folklore and demonic monster who punishes naughty children. The thing is, Max isn’t a naughty child, yet when the dysfunctional family finally pushes him to the edge, Max’s tantrums let out the demon.

7. “Anna and the Apocalypse”

Anna Kendrick and the apocalypse, this is a film that I absolutely enjoyed watching. It’s a musical zombie Christmas film, I’m not sure how they made this formula work but man is it amazing. The story follows Anna a regular school student, who works at a coffee shop and left her normal life out. However when the earth suddenly begins destroying itself through a zombie apocalypse, Anna and her friends have no choice but to fight back. “Anna and the Apocalypse” is an exciting new twist on the zombie apocalypse genre, with music being the main focus of how the shots are choreographed. 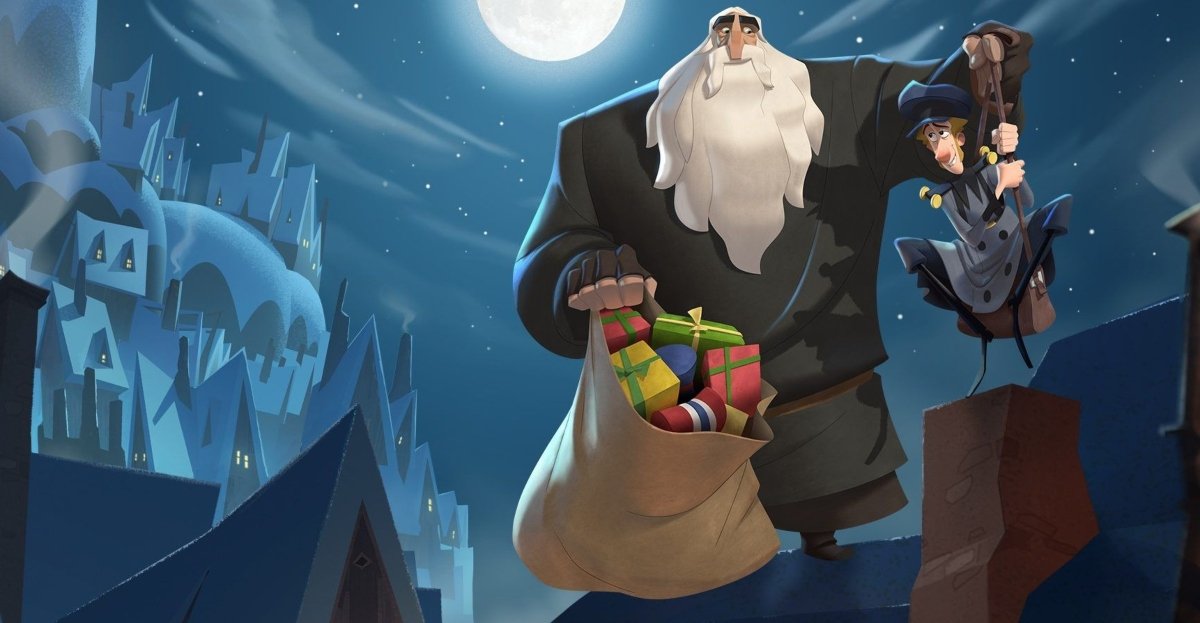 Netflix is filmed “Klaus” is one of my favorite Christmas movies of all time. The story follows a young boy whose journey leads him to an old come of Warren toy maker who has lost meaning in life. “Klaus” is somewhat of a starter story for not just Santa Claus but also our young main character. Klaus is one of those films that you just need to watch for the sheer beauty of its animation alone. It is just so absolutely breathtaking to look at, the visual quality here is so impressive that you just cannot take your eyes off the screen. 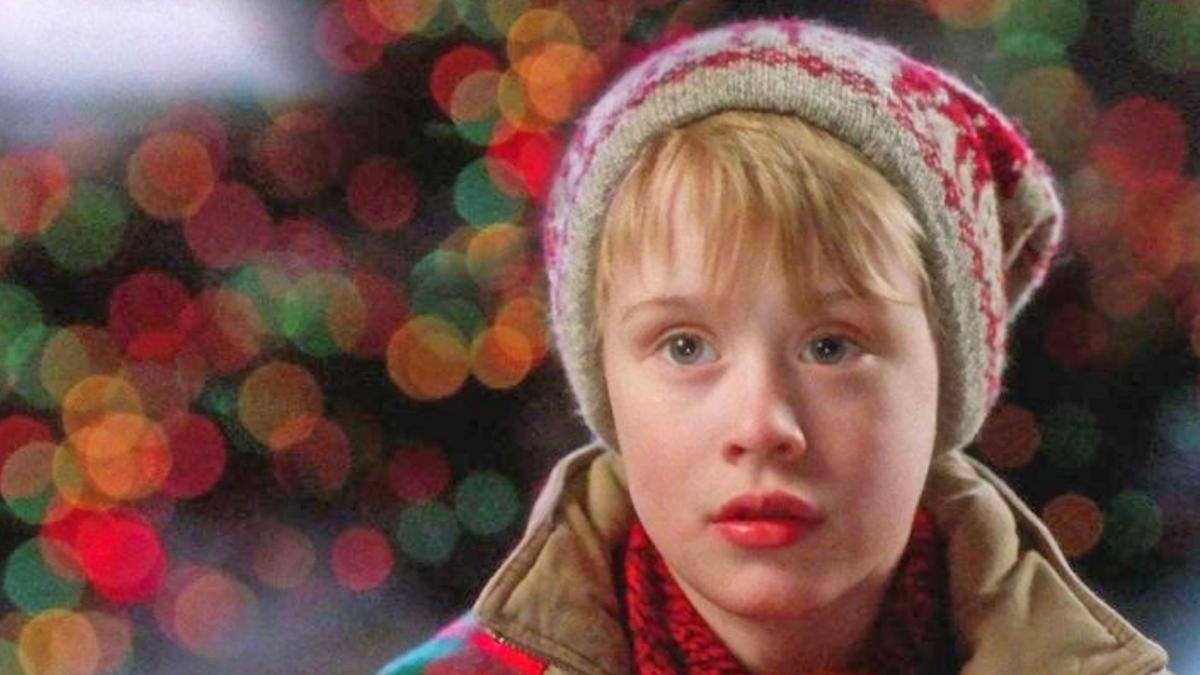 Who doesn’t know about Kevin McAllister and his iconic home alone adventures. While the second film is most recognized, the first one is the one that started it all. “Home Alone” is the story of young Kevin McAllister who was left at home on Christmas Day. When two burglars decide to break into his house to steal his money, Kevin takes matters into his own hands as he begins to turn his house into a terrifying maze and horrifying death trap. 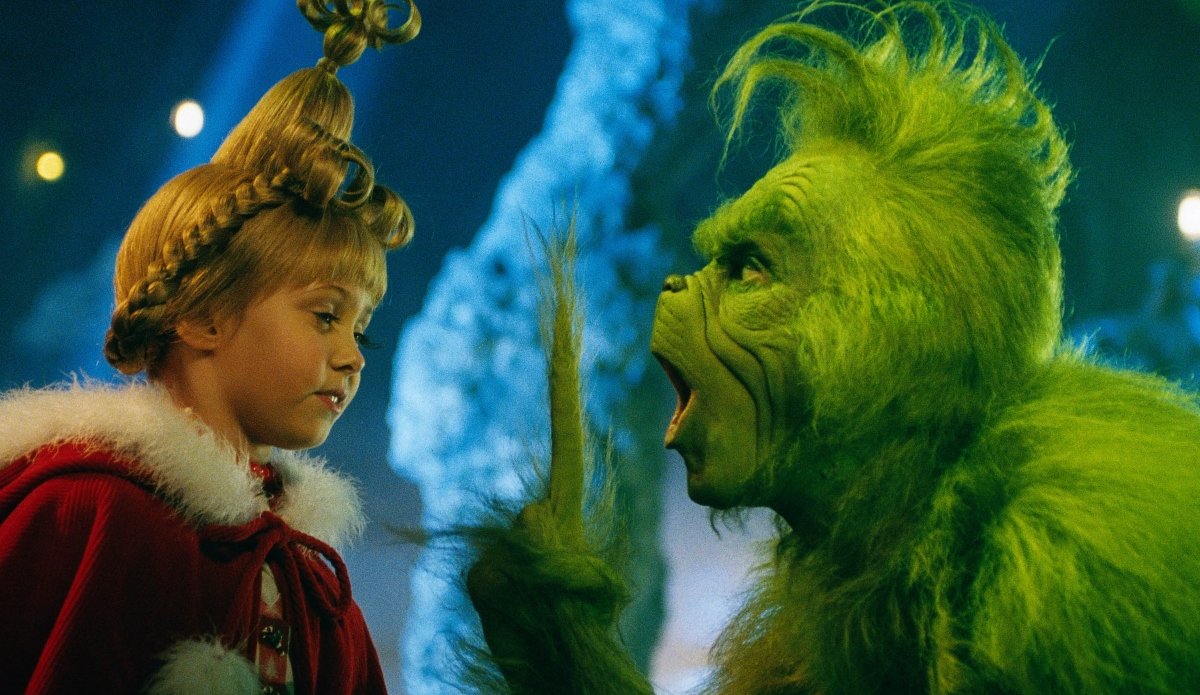 Doctor Seuss is Grinch is a very old character, yet the way Jim Carrey brought life into it is unlike anything we’ve ever seen. The 2000 version of for the Grinch, is a film that portrays the bad sides of Christmas just as much as the good sides. It throws us into the point to view of the cynical Grinch, who wants nothing but to ruin the Christmas Day spirit, although he wasn’t always like that and he won’t always be like that.

Though let’s be honest, when it comes to Christmas movies, nobody can be Tim Burton. The man behind “Beetlejuice” and “Sweeney Todd”, took on Christmas in his own weird way. “Edward Scissorhands” is the story of a man whose hands are made out of scissors, this is weird. The story is so weirdly effective, that I was infatuated with not just the world, but also the way it progressed. Not to mention, Johnny Depp as Edward Scissorhands is just a sight for sore eyes. 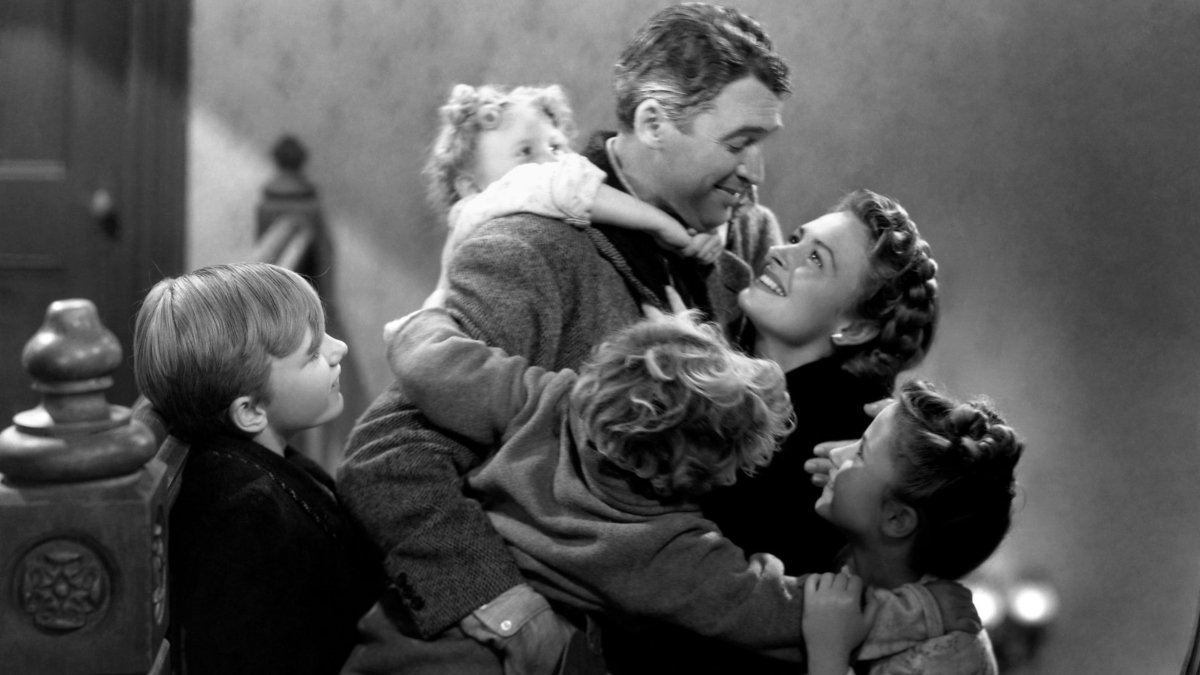 “It’s a wonderful life” is the most Christmas classic film you could find. It’s somewhat of a film that started at all, the story of a man who feels trapped in his life and wants to get out. Every opportunity he gets though, is constantly dismantled by the overbearing responsibilities that keep falling on top of him. The only problem here though is that he actually does get one opportunity, which turns out to be one of the most terrifying experiences of his life. 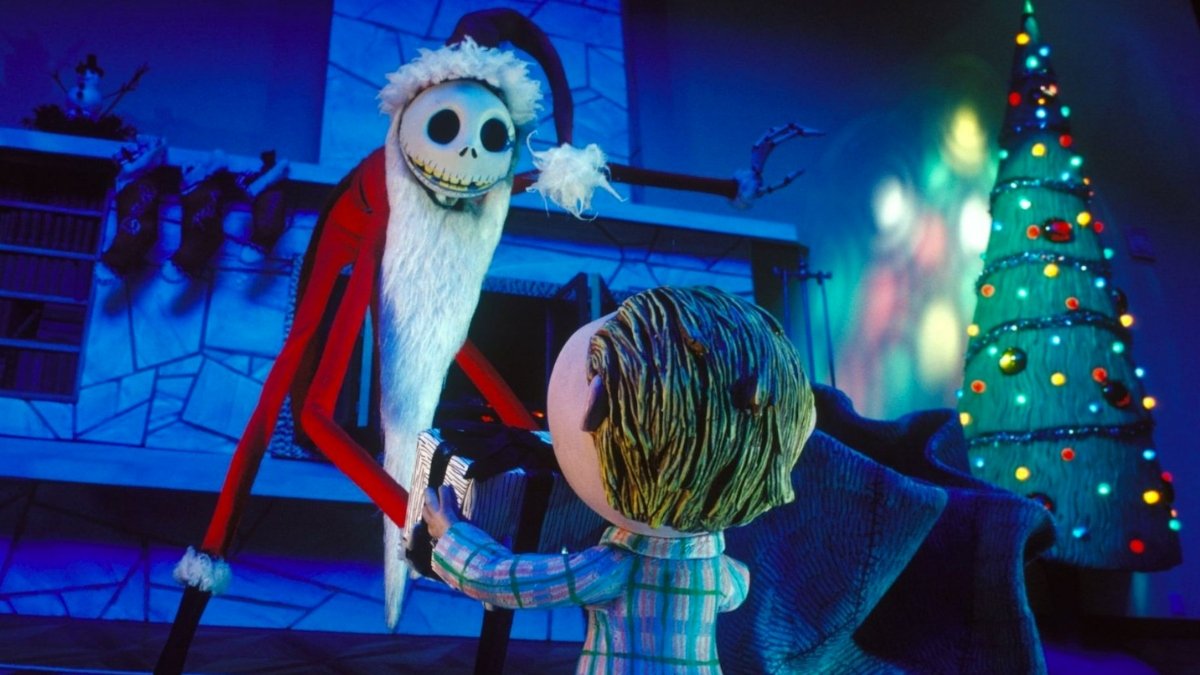 1. “The Nightmare before Christmas”

Jack Skelington is my favourite Christmas character, even though he seems like he should be a Halloween icon. “The nightmare before Christmas” is by far the best Christmas film I’ve ever seen, and it is a film that incorporates Halloween into the mix. The story follows Jack as he ventures from Halloween town into Christmas town. He becomes so enchanted by the Christmas lights and the world, that he decides to become part of it. Not knowing what to do though, he eventually decides to get into a wacky situation by kidnapping Santa Claus.

**extract:** It’s the best time to watch some classic Christmas movies! From Home Alone to the Grinch, we’ve made our list of the best Christmas films to ever release.

Why Home Alone is the Most Popular Christmas Movie Ever Made