A quick view at last year’s streaming content, filming, a new momentum for co-productions, and the launch of a gap-filling streaming service, FILMIO – this was an extraordinary year from the perspective of the Hungarian motion picture industry.

Although the pandemic period was not favorable for filmmakers and cinemas around the world, the National Film Institute worked throughout the year to keep the domestic profession to a minimum.

The National Film Institute was established in January with the aim of unifying the previous support systems so that as many successful motion pictures as possible could be made in Hungary. The year 2020 already posed unexpected challenges for the Film Institute due to the pandemic, but despite the fact that the past year was largely determined by constraints and could not speak of cinema attendance records, the film industry was able to operate with great energy and excellent records.

„In this extraordinary year, we had to learn to work as a GPS: we know we want to get from point A to point B, but which route will be the best for us is decided by the circumstances. The National Film Institute has excellent experts who realized very early how to adapt to the changed opportunities” – sums up Csaba Káel, the government commissioner responsible for the development of the Hungarian motion picture industry, with the experience of the past year.

„I find it amazingly important that it was in this pandemic situation that FILMIO was able to launch. Our co-production collaborations have also accelerated and became easier due to the need brought upon by the epidemic situation. In the same way, the studio development in Fót also received momentum and generous support, and we realized that it is possible to make plans at the home desk” – he adds.

The expansion of demand for filming opportunities in Hungary is growing. Several foreign productions chose Hungary as the location for film making, such as the co-production of Mrs. Harris Goes to Paris, and the remake of Dune which were both successfully completed with strict epidemiological measures.

The studios of NFI MAFILM from Fót hosted, among other things, Netflix’s Terra Vision series and the Hungarian co-production The Black Spider. As the institution responsible for the entire Hungarian film industry, the NFI worked to keep the losses to a minimum. Emergency measures included rescheduling grants, launching new applications, and initiating an aid fund. Despite the epidemic, 10 new films could have been screened in cinemas or at prestigious international festivals.

Among other things, the first film of Oscar-winner Kristóf Deák, Az unoka (The Grandson), was shot in 2020. Also, A játszma (The Game) a spy film with János Kulka, Zsolt Nagy, Gabriella Hámori, Péter Scherer and Máté Fazekas’ satirical film, Kilakoltatás (Eviction) were also made last year. 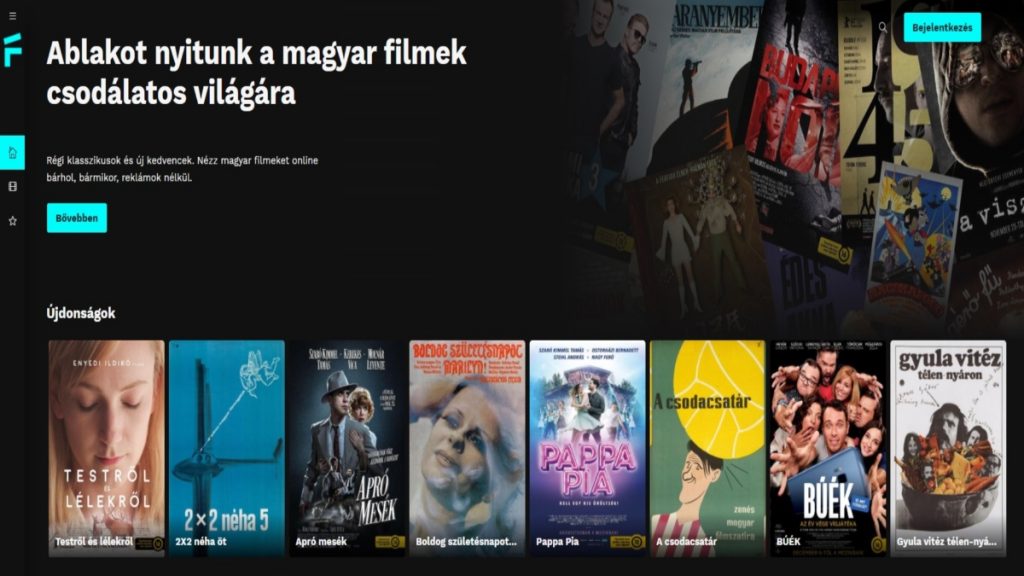 Films will continue to be made this year: the NFI Film Industry Arbitration Committee supported the creators with a total of 7.7 billion HUF. The NFI processed 300 cinema applications, of which 185 were supported and 27 films received production contribution. A total of 11 films were reinforced in the new marketing competition, so the winning productions can rely on professionals in the preparation of the film campaign already during the shooting period.

The NFI has launched 9 new applications to make as many works for television and streaming as possible. Nearly 1700 synopses have been received and the Television Arbitration Committee has supported 158 applications so far. Promising TV Films, series, animation, educational, and documentary films can be made with the support of about 6.8 billion HUF.