For one night, thanks to the MTV EMA held in Budapest, the Hungarian capital became a city of stars who conveyed important messages with their presence.

The 2021 MTV Europe Music Awards were broadcast live, this time from the Hungarian capital. The László Papp Budapest Sports Arena hosted the European awards gala on Sunday evening, with viewers from 180 countries around the world watching the event live. Ed Sheeran, Imagine Dragons, Måneskin, Yungblud, and Maluma took to the stage – some of them leaving the capital as category winners. Among the Hungarian artists, one of the new favourites of Hungarian pop, Azahriah has won the Best Hungarian Act award. 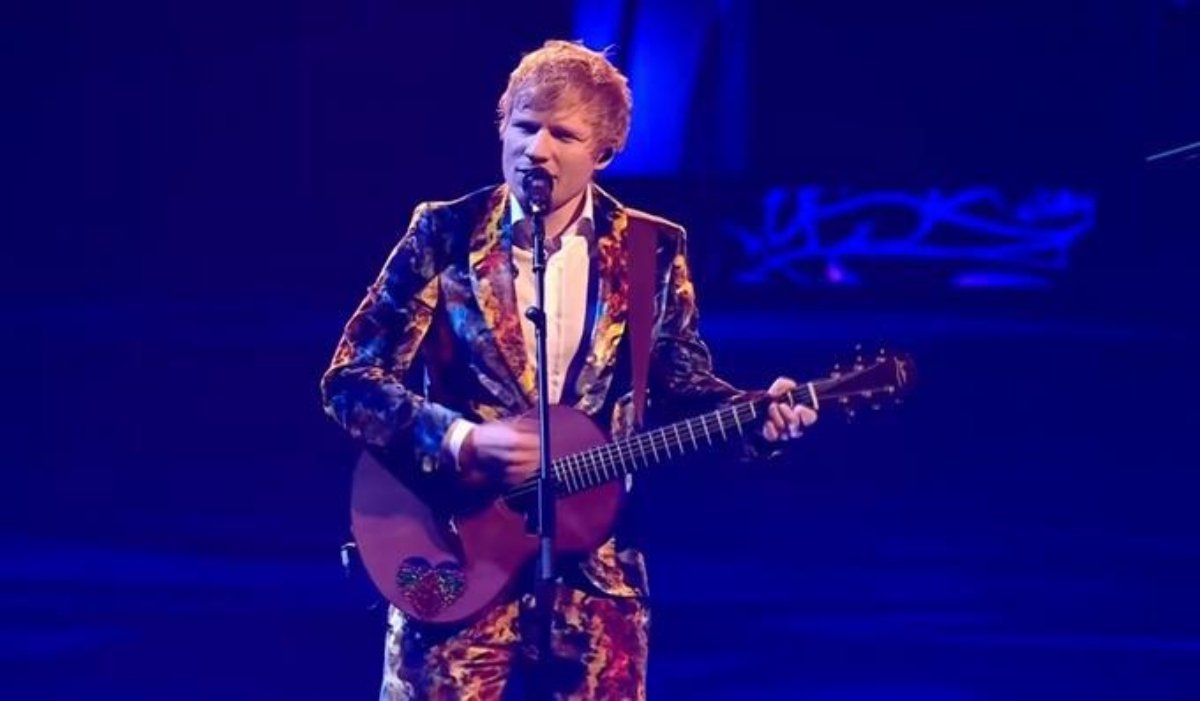 The Best Artist and the Best Song awards went to Ed Sheeran, who performed his new hit Bad Habits on stage. South Korean boy band BTS has won four statuettes, namely the Best Pop Artist, the Best K-pop, the Best Group, and the Best Fan Base. Maluma has won the Best Latin Artist, while host Saweetie has won the Best New Artist. Doja Cat‘s collaboration with SZA, Kiss Me More was chosen as the Best Collaboration, while David Guetta took home the statuette for the Best Electronic Vendor again this year. 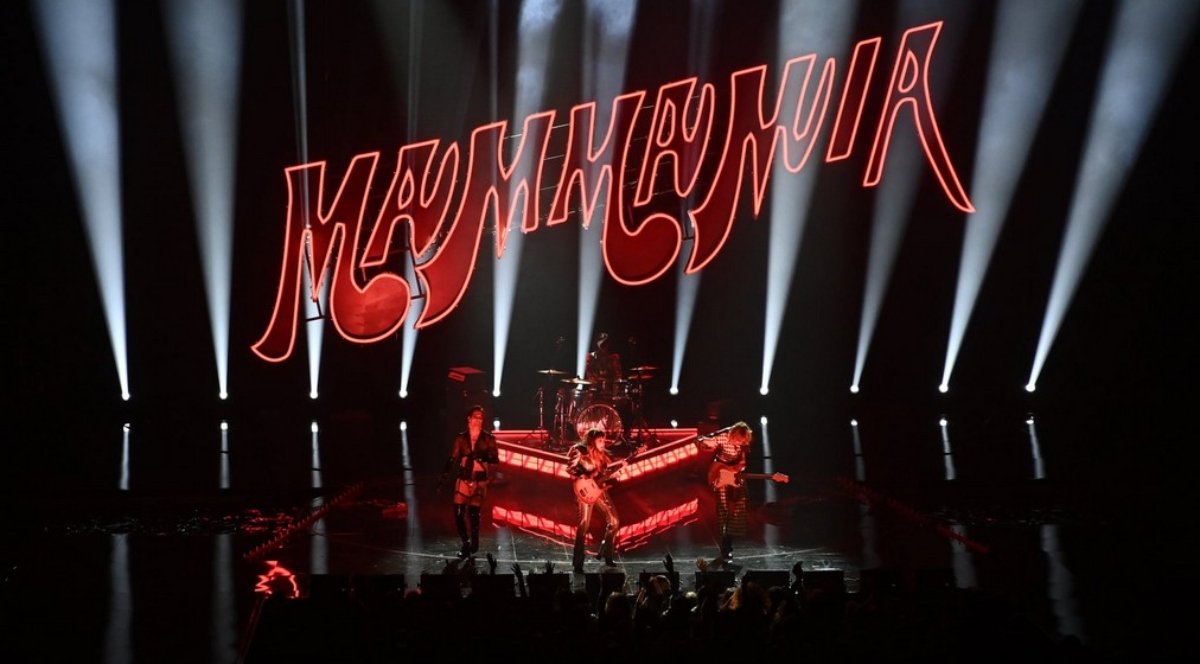 Imagine Dragons also premiered their new song at the event, which was held under strict health regulations, while Måneskin‘s team, who has won the Best Rock Artist, set the mood with spectacular pyrotechnics at their first MTV EMA performance. In addition, the gala had Kim Petras on stage, the first transgender performer in the history of the European awards.

The introduction of the MTV EMA Generation Change Awards was also a first-time-ever moment in the timeline of the event: a statuette for a change agent was presented during primetime. This year, the music channel deemed five young activists worthy of the award, including Viktória Radványi, a member of the Budapest Pride board.

It is clear that the award winners and the participants of the gala did not hide their own opinions: the performances, the acceptance speeches, and even the inscriptions sewn on the jackets made their position clear.

The event was expected to be an open statement by the organizers against the Hungarian government’s anti-LGBTQ+ policies: following the passing of anti-pedophile legislation, MTV Entertainment Group Worldwide CEO Chris McCarthy first wanted to move the gala to another venue, then, in consultation with several LGBTQ+ organizations, decided to use the event to protest. The organizers delivered on their promises, in forms of presentations, acceptance speeches, costumes, and prizes for LGBTQ+ communities. 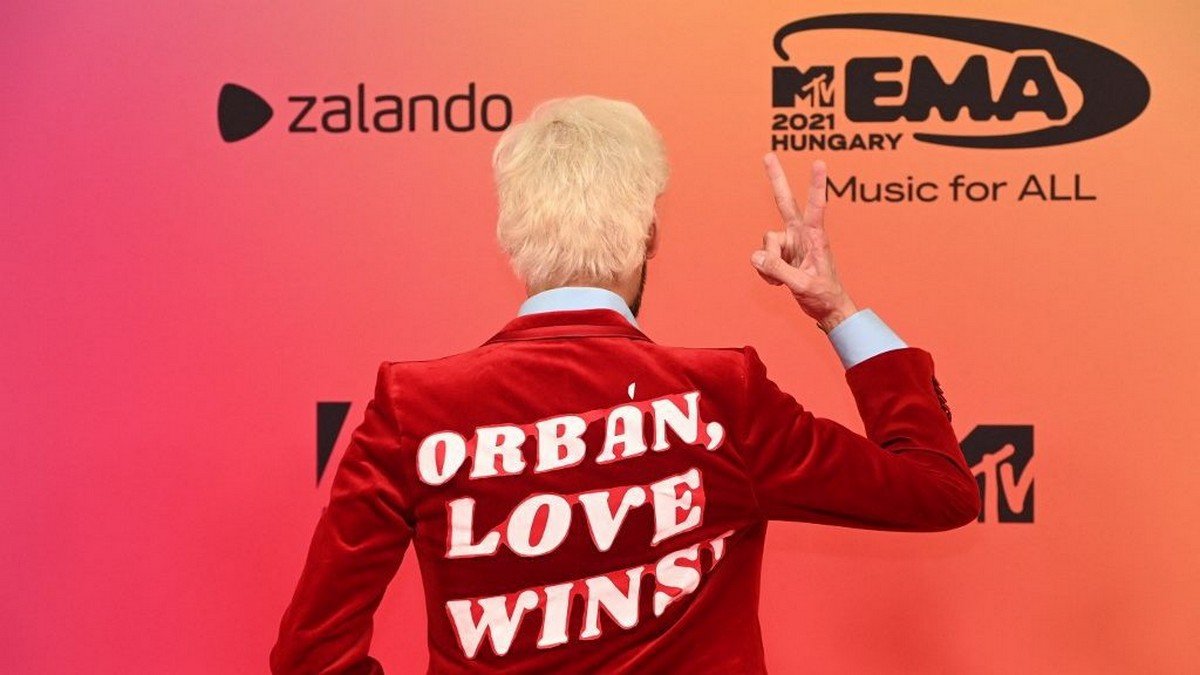 British influencer and activist Jeetendr Sehdev, for example, used the red carpet to tell Hungary‘s prime minister: “Orbán, love wins!” It was also no coincidence that one of the star guests of the evening was Kim Petras, the youngest transsexual in the world to undergo gender reassignment surgery. The German pop star said on the red carpet:

“I’m very grateful to MTV, I think any censorship about love is wrong, the gala is taking a stand against that.”

The other stars of the evening also tried to make their stances on the issue as clear as possible. For instance, Yungblud, who has won the Best Alternative Music Artist, kissed his guitarist on the lips at the end of his performance, Ed Sheeran had a rainbow heart on his guitar, and Saweetie, who has won the Best Newcomer, tried to speak out for the LGBTQ+ community as much as possible.