This is how the music of Dune was made!

This is how the music of Dune was made!

275
VIEWS
Share on FacebookShare on TwitterShare on LinkedIn
ADVERTISEMENT

Did you love the Dune? Most of us did, and the musical composition was a huge hit. Find out how the soundtrack to the movie of the decade was made.

Many people went to the cinema not really knowing what to expect from “Dune”. Of course, those who had read the books or seen the previous film had an idea about the blockbuster that was touted as the „movie of the decade”, but even so, there were twists and turns that surprised even those who had read the book. It’s safe to say that one of the film’s big “pulling power” is its musical score, composed by none other than Hans Zimmer.

For composer Hans Zimmer, scoring “Dune” was a dream come true. He read Frank Herbert’s massive sci-fi novel when he was 18 and has revisited it often, imagining the sounds of the desert planet Arrakis, the sandworms, and the invaluable spice that makes interstellar travel possible.

“The first person I talked to was Hans,” director Denis Villeneuve reports. The two were finishing work on 2017’s “Blade Runner 2049” at the time, which was shot in Hungary as well as “Dune”, and the composer became “obsessed with the idea of trying to create music from another world, from another time.” 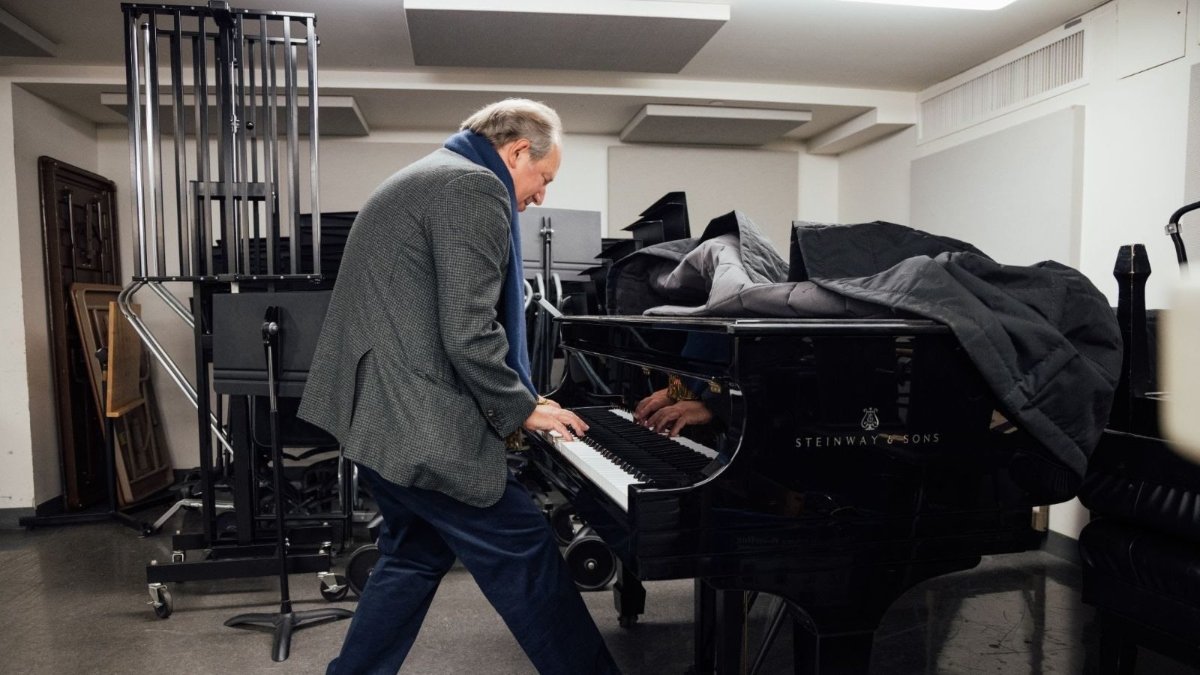 Nothing in the 11-time Oscar nominee’s 37-year, 140-film career sounds like “Dune”. Eerie, ominous, and dramatic, it is a unique mix of choral, world-music, rock, and electronic sounds created by friends and colleagues on three continents.

If the world-building of “Dune”’s sonic landscape feels all-encompassing that’s because the approach to this score wasn’t just about adding a layer. Zimmer says there was an utterly “holistic” approach to recording the music for the new film, which had more to do with building the sounds from the ground-up, regardless of what was going to be used.

To accomplish the unique sounds of the percussion and the voices for the “Dune” score, Zimmer says “We made up a lot of new instruments [with] some crazy synthesizers. There are sounds that are not of humanity. I mean, with some rhythms — there’s no way a drummer could play that.”

Zimmer also wants fans to know that the use of female vocalists in the score was something he and director Denis Villeneuve jointly decided was essential, to honor the source material of the novel.

The composer worked with a far-flung “band” of collaborators who sang, scraped metal, invented instruments, and more for the score.

When the composer Hans Zimmer was approached to score “Dune”, the new movie adaptation of Frank Herbert’s epic sci-fi novel, he knew one thing absolutely: It would not sound like Star Wars. Musically, those films drew on influences that ranged from Holst and Stravinsky to classic movie scores of the ’30s and ’40s. Even the rollicking tune performed by the bug-eyed creatures in the Cantina was inspired by Benny Goodman.

For “Dune”, by contrast, Zimmer wanted to conjure sounds that nobody had ever heard before.

“I felt like there was a freedom to get away from a Western orchestra,” he said recently, speaking in the Warner Bros. offices overlooking Hudson Yards in New York. “I can spend days making up sounds.”

The resulting soundtrack might be one of Zimmer’s most unorthodox and most provocative. Along with synthesizers, you can hear scraping metal, Indian bamboo flutes, Irish whistles, a juddering drum phrase that Zimmer calls an “anti-groove,” seismic rumbles of distorted guitar, a war horn that is actually a cello and singing that defies Western musical notation — just to name a few of its disparate elements.

In the track “Stillsuits” — when Paul and Lady Jessica begin their dangerous crossing through the desert — there seems to be a slight nod to the other famous “Dune” score, composed by Toto and Brian Eno for the 1984 David Lynch film. Zimmer says “I’ve never seen David Lynch’s film,” and also asserts he’s never seen any version of “Dune”, other than the documentary Jodorowsky’s “Dune”.

Because that failed 1970s version of “Dune” was planned to feature music from Pink Floyd, Zimmer incorporated a cover version of the song “Eclipse” into the first trailer for the film. Zimmer says he talked “on the phone with Roger Waters,” who advised him on how to get all the nuances of that song just right.

But that’s not all. Zimmer says there are even deeper cuts.

“When I was writing the end titles, I realized there was a bassline that I’d heard before,” Zimmer reveals. “And I suddenly remembered that Klaus Schulze wrote a song called ‘Frank Herbert.’ I basically lifted the bassline from that.

So, I phoned Klaus and asked him ‘could we make this a co-composition. But he was quite thrilled that something he wrote so many years ago still echoed into this century.” 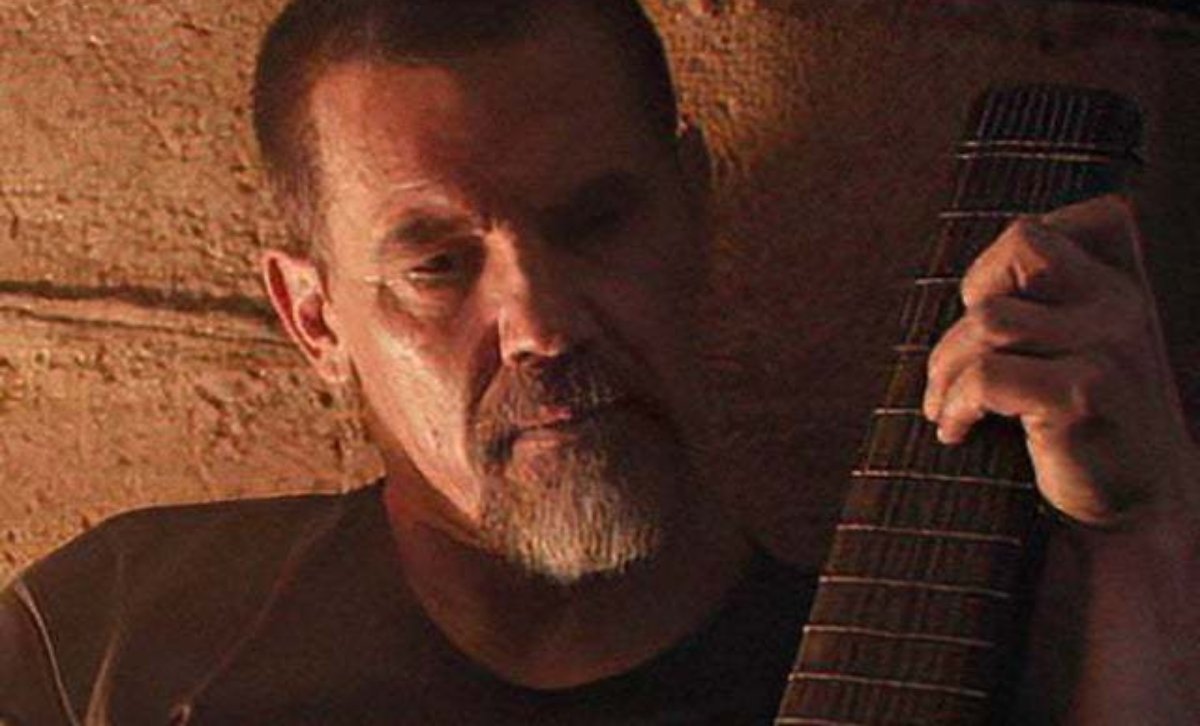 Remember when Timothée Chalamet tries to get out of a knife fight by saying, “give us a song, Gurney?” It’s a throwaway moment in “Dune: Part One”, as Josh Brolin’s Gurney Halleck, tries to teach Paul the finer points of being a badass, but it’s a relevant beat. In Frank Herbert’s novel Dune, Gurney doesn’t just lead the Atreides soldiers into battle, he also plays the baliset, a fictional musical instrument that is kind of a cross between a mandolin and a sitar.

Though some scenes were filmed for “Dune: Part One” with Gurney holding a baliset, we didn’t get any of those in the final cut. And that’s because Hans Zimmer recorded a lot more music for “Dune” than we ended up hearing. Here’s why we now know there’s a lot of music left for Part Two, but before that Hans Zimmer goes on his Europe tour which will cover 26 European cities including Budapest as well.