The Sins of Hollywood - 10 things they can never make right

150
VIEWS
Share on FacebookShare on TwitterShare on LinkedIn
ADVERTISEMENT

After the 94th Academy Awards, were we talking about films and achievements or were we busy with the controversy between Will Smith and Chris Rock instead?

The article is based on the opinion of the author.

What kind of an award ceremony lets something like this happen (in live broadcast): giving an award to someone, who attacked the host on stage right before receiving his award and getting a standing ovation from his friends and colleagues? We can see Hollywood’s latest incident as the culmination of the systematic destruction over the decades of filmmaking in America. Let’s talk about the 10 cardinal sins of Hollywood, that influenced not only the movies we love, but our social behavior and way of thinking. 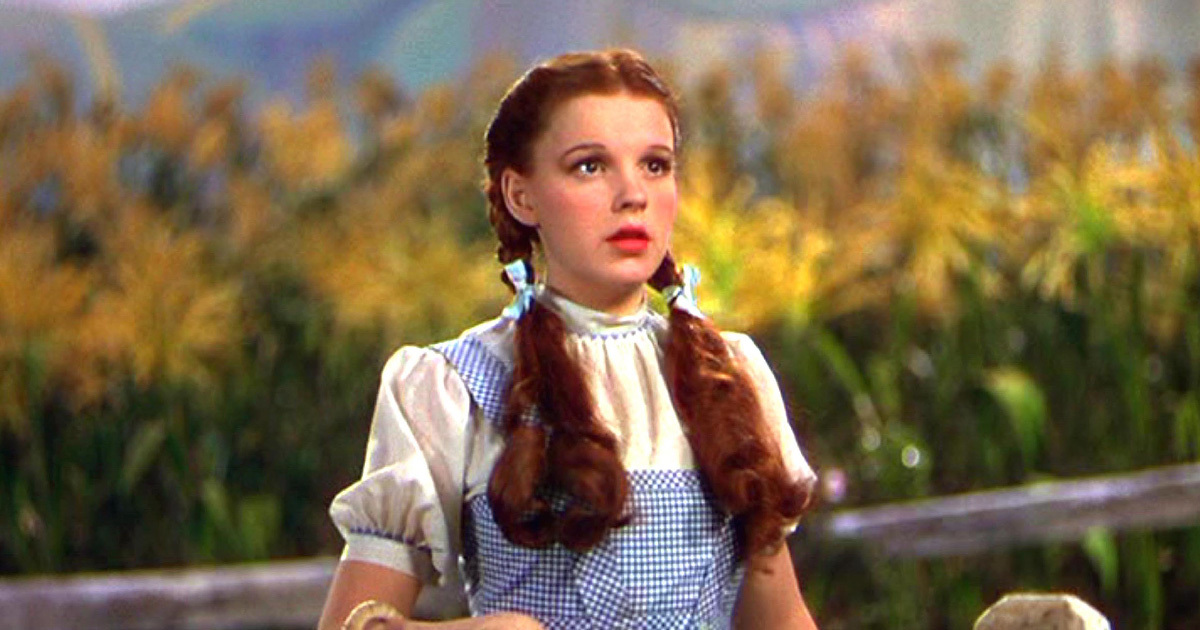 When an Ohio regulation forced movie giants out of the state, Hollywood was born in the City of Angels. The heads of the newly found studios had only one thing in mind: profit, that needed to be protected by all cost from the state and the journalists’ smear campaigns.

The solution? Unfair contracts with actors, that did not only controlled the amount of movies they had to shoot with the studio, but their daily routine, in order to avoid any possible scandals. If anything embarrassing was revealed about someone, Hollywood’s informers could easily shut down one’s career. Something like that happened to Judy Garland, everyone’s favorite Dorothy from The Wizard of Oz, who suffered physical and mental terror every day during a strict production schedule.

There are aspects of escapism that surely are positive, e.g. when we are talking about leaving our everyday lives behind for a while, but in case of Hollywood, the entertainment district made escapism into its main directive from 1934 to 1968 with Hays Code. Hays Code was created to regulate and censor movies – afraid of the state’s and the catholic denominations’ boycott, Hollywood decided to control the esthetics of American films: no sexuality (kissing and bed scenes), violence (murder and brutality, obscenity, profanity and blasphemy) or drugs (alcohol and heavy drugs) were allowed on the big screens.

This resulted in plenty of fable like movies, where the good guys earn their reward, and the bad people get punished – a conclusion not only untruthful, but pretentious in the era. The purpose of the code was not to protect the kids from the adults’ cruel world, but to propagate the image of a model citizen. Although the code doesn’t exist today, its imprint on American filmmaking is still sensible.

This issue is not specific to Hollywood, but it’s worth mentioning nevertheless. We always hear about the gigantic paychecks of superstars, but never about those hard working experts, who contribute to realizing their movies. Visual artists for example are among those underpaid crewmembers, who rarely get their fair share. When filming the 1999 classic “Matrix”, the movie that revolutionized the industry’s special effects, Keanu Reeves had to give up a huge part of his salary, so the other vital crew members could get payed as they deserved.

One of the most infamous scandals however hit Walt Disney the hardest: during the works of the 1941 “Dumbo”, the lower level animators started a strike because of poor work conditions and their low wages. Disney refused to accept the workers’ terms, which resulted in a 9-week long strike, during which many of Disney’s friends left the company. 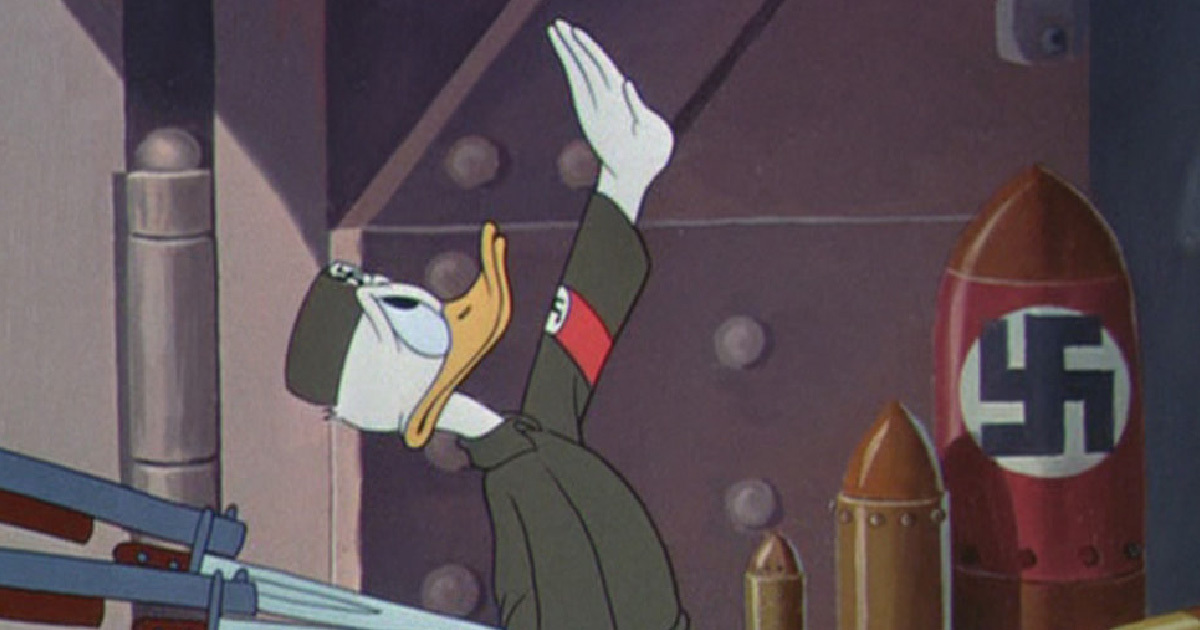 During the second world war, patriotic movies became popular. The 1941 “Yankee Doodle Dandy” musical or Donald Duck’s “Der Führer Face” are prime examples of the demagogic stereotypes, that America has created during their conflict with Germany. Naturally, there were movies that authentically talked about the horrors of the war (“Casablanca”, “The Dictator”), but while the French women in Humphrey Bogart’s bar were actual refugees, the antagonist of “The Maltese Falcon” was of German origin on purpose.

The biggest sin of American propaganda films is the utter caricaturing of their enemy, while showing the U.S. citizens as perfect, honest heroes of peace. Naturally, the same methods carried over through the upcoming decades: in the period of the cold war it was the Russians, during the drug wars it was the Colombians, and after the 2001 terror attack the Arabs have become negative characters and thus the root of Americans’ perception of immigrants. 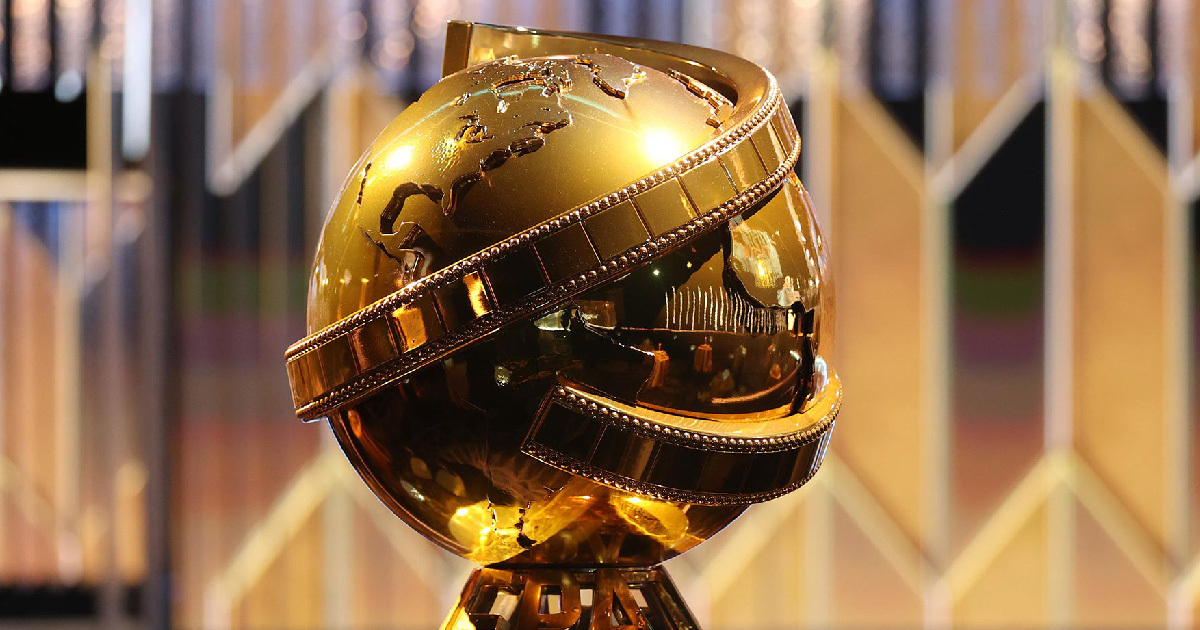 There was, there is, and there will be corruption, whether we talk about economy, politics or the film industry. Most recently, the last Golden Globe award ceremony was not televised, because of accusations that members of the board frequently awarded those films, whose producers arranged luxury holidays for them. In 1981, a Las Vegas casino owner welcomed members of the GG board, and what a surprise!

Pia Zadora, the owner’s wife became the best new star of the year. Connections were always more important than talent in Hollywood, and while Hitchcock or Stanley Kubrick managed to get into the business through acquaintances, they payed it all back with their immeasurable talent. Seeing they didn’t manage to win either a Globe or an Oscar, it’s probably safe to say that they weren’t playing by the rules.

It’s not too hard to guess, who Hollywood likes and hates. Those actors, who play in blockbusters, bring thousands of people to the box office, with movies that doesn’t drive audiences out of their comfort zones – they are the true love children of Hollywood. Those who can’t produce the same results, rarely get one more chance. Orson Welles, director of one of the most influential pieces of American film, “Citizen Kane”, was not allowed to finish his next feature film and was forced to make B-movies to finance his future projects.

Sometimes politics are more important than money: during the cold-war, a director sympathizing with leftist ideas was unable to get any opportunities. Based on the Soviet methods, Hollywood created his own informer network – creators could report their own partners, so they could continue working.

Racism is something that’s going to stay with us forever, since people will always fear the unusual, the unknown. Just like the United States as a whole, Hollywood has a long history with racism: Russians, Chinese and many more ethnic groups have been shown as the bad guys in greatly exaggerated ways. But perhaps nothing has been as harmful as John Wayne’s western for Native Americans.

They were portrayed as aggressive beasts, attacking the nearest towns at their first opportunity. These films painted an unattractive picture of the natives today, which is pretty ironic if we look into American history’s early days. Hollywood is certainly trying to make up for its mistakes these days, especially with African-Americans, with varying degrees of success. 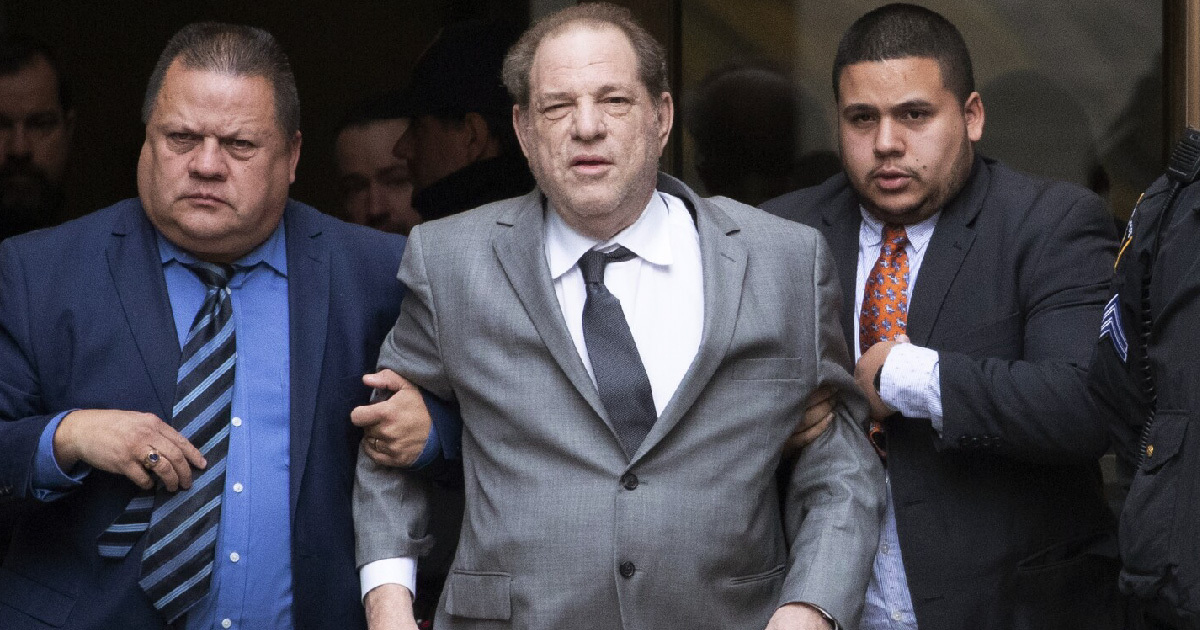 In 2017, the executive producer of Miramax and Weinstein Company, Harvey Weinstein was exposed by many of his victims, who claimed that they were sexually abused by him, in the promise of roles in Hollywood movies. Among the victims are famous actresses Uma Thurman and Angelina Jolie, but even after admitting his sins, Weinstein never showed regret.

His crimes were just among the many that surfaced over the years (Kevin Spacey, Joss Whedon, Louis C.K.), a shocking, but not surprising turn of events – sexism was always present in Hollywood, but its effect are only becoming evident now. In the age of #Metoo, the war is more unscrupulous than ever – radical thoughts are answered by radical solutions, but they won’t fix the lives ruined by the likes of Weinstein. 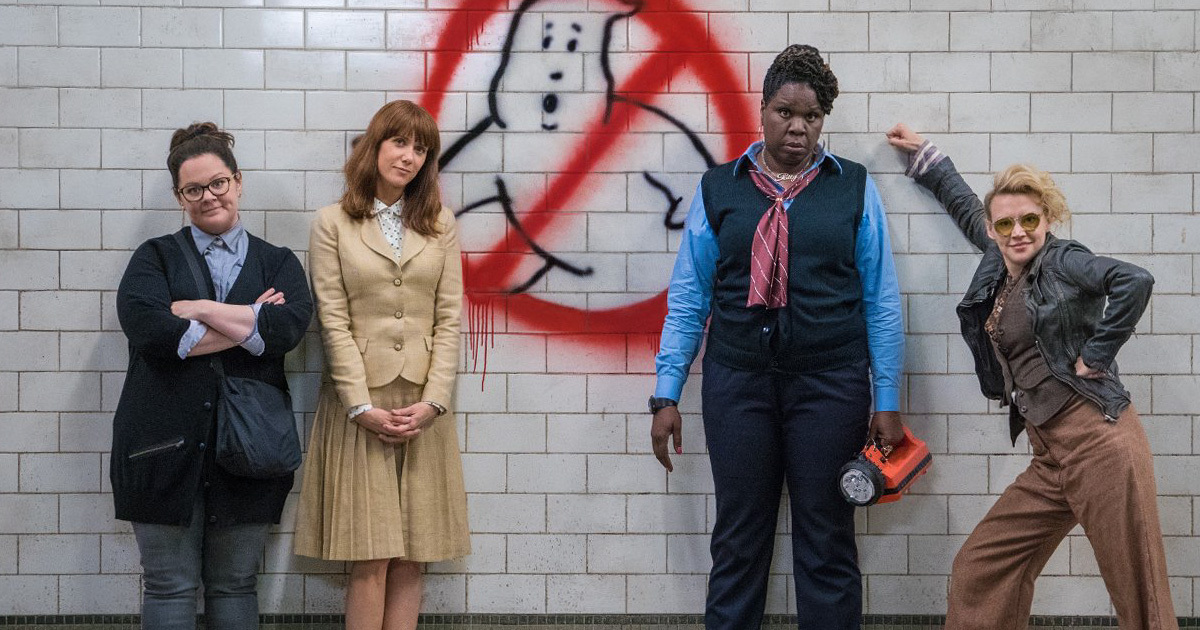 Hollywood is always willing to follow trends to maintain its fame – today, this trend is political correctness. In the past years, we have seen many examples of tolerance fueled cleansing (James Gunn vs Disney – old tweets), forced positive discriminations (Brie Larson herself), and the eradication of Hollywood’s past (denouncing “Gone with the Wind” or “Tropic Thunder” for racist stereotypes), and at this point, most films are awarded not for their quality, but for their attitude towards minorities.

The problem here is not the intention to change and improve, but the methods they are using. For example, Disney, the pioneer of tolerance, removes his black actors from their promotional materials in China, but there are those gender-swap films too, like the female “Ghostbusters” or James Bond, where there is no real concept besides changing all masculine characters to feminine leads. PC films are the biggest threat to the the quality of modern films right now – you either like films like “Moonlight” or “The Shape of Water”, or you are labeled as a racist misogynist.

1. The Mindless Serving of Needs

This biggest sin of America’s once unparalleled dream factory is that it represents products, not artistic vision and quality, and these products are made for the masses. Undoubtedly, the responsibility of the viewers in this matter is just as heavy, since they are the main source of profit for the studios, therefore their opinion defines quality.

However, with the uprising of social media platforms, small, but loud and toxic groups of fans like to spread their voice of dislike, dividing fans and ruining great franchises like Star Wars, by forcing studios to meet certain expectations. With “The Rise of Skywalker”, Disney threw away the miniscule amount of creative freedom it showed for the franchise, trading it for cheap fan-service, political correctness and easy profit.

These are Hollywood’s biggest sins to date – so what exactly should we do? Does this mean that all hope is lost? Certainly not. There are still many talented creators in Hollywood, who represent the very best of the American film industry. “Dune” is a prime example of what modern blockbusters are capable of, when directorial freedom is respected, and there are many films every year, that prove us: this is still Hollywood, the home of movie making.