815
VIEWS
Share on FacebookShare on TwitterShare on LinkedIn
ADVERTISEMENT

“Euphoria”’s first Season premièred two years ago on HBO, and immediately cemented itself as one of the darkest, most realistic and meta narrative teen dramas out there.

The thing that made “Euphoria” unique was the extreme visceral nature of the series. It did not pull any punches when it came to it’s depiction of the dark and disturbing subject matter at hand. Of course, there was a lot of controversy due to that aspect of the series, yet it also gained a huge amount of fans, praising it for the mature themes and amazing diverse representation in its cast of characters.

Now, going into Season 2, people had a lot of expectations that had piled up since the first Season ended a solid two and a half years ago. However, fans were not let down with the release of “Euphoria” Season 2, which has seemingly brought a huge increase in the amount of shock value and mature subject matter. “Euphoria” was obviously never your classic, cookie cutter teen drama, but Season 2 is here with a message that this is a series unlike any other in the world. 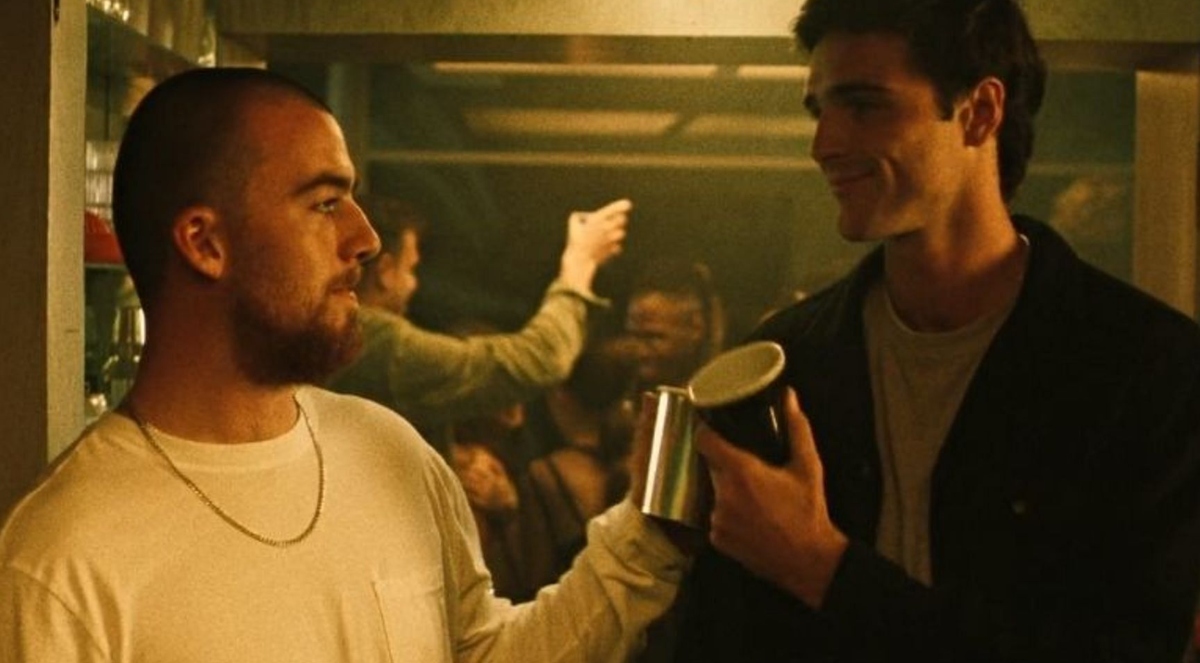 Episode 1: Trying to Get to Heaven Before They Close the Door

After COVID had managed to successfully pause “Euphoria”’s progress, it is finally back after a two year hiatus. However, it is just as artistically significant as it was when it originally released in 2019. Now while the first season in particular focused on how these group of teenagers focus on their own lives, to try to find themselves in this dark and mature reality that they are going through.

They go through dark subject matter in the series, such as sexual abuse, themes of violence and themes of pain. However, the one thing that is always constant is growth. Every single character grows in the series in their own large, small, significant and insignificant ways. With Season 2, it seems that here they’ve taken a bit of a U-Turn.

These characters know each other inside and out, and the way these relationships are showcased just feels so freaking natural. An emphasis is also placed on other characters, such as Cassie and Lexie in this particular episode. Both the sisters have a huge part to play, and their arc this series will seemingly take a much darker turn as she begins to get romantically involved with Nate. 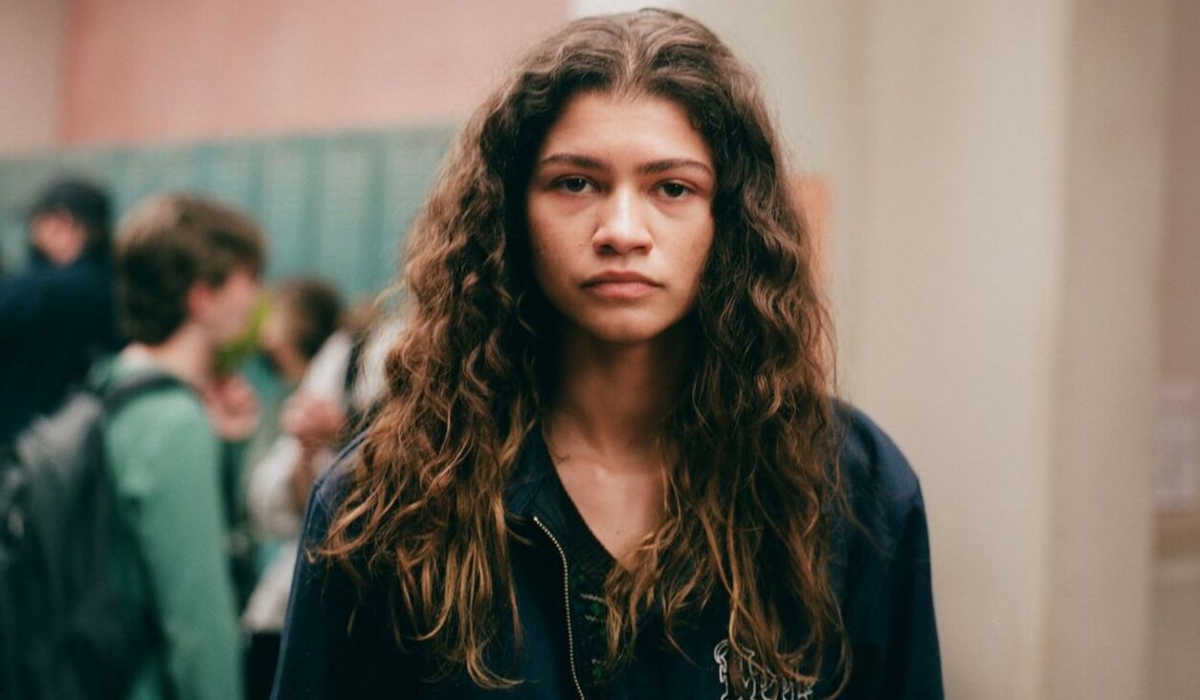 Episode 2: Out of Touch

Honestly, simply put, the drama of these characters as lives or their romantic relationships. The plethora of love triangles all converging into this mishmash stew of a bunch of different people into the same pot of romances, makes for an exposé unlike any other.

Every character in this show has secrets of their own, they constantly lie to each other and hide their true feelings, while doing things that don’t really make much sense to an outside eye. However, once you truly get to understand these characters and spend time with them while watching the series, you understand that their decisions actually make a lot of sense.

The series is giving you an outlook into the lives of a darker, much more fictional and mature depiction of a Gen Z population. It’s not a mirror to the real world, however it is a much more clearer an honest depiction as compared to those we usually receive and teen dramedies. 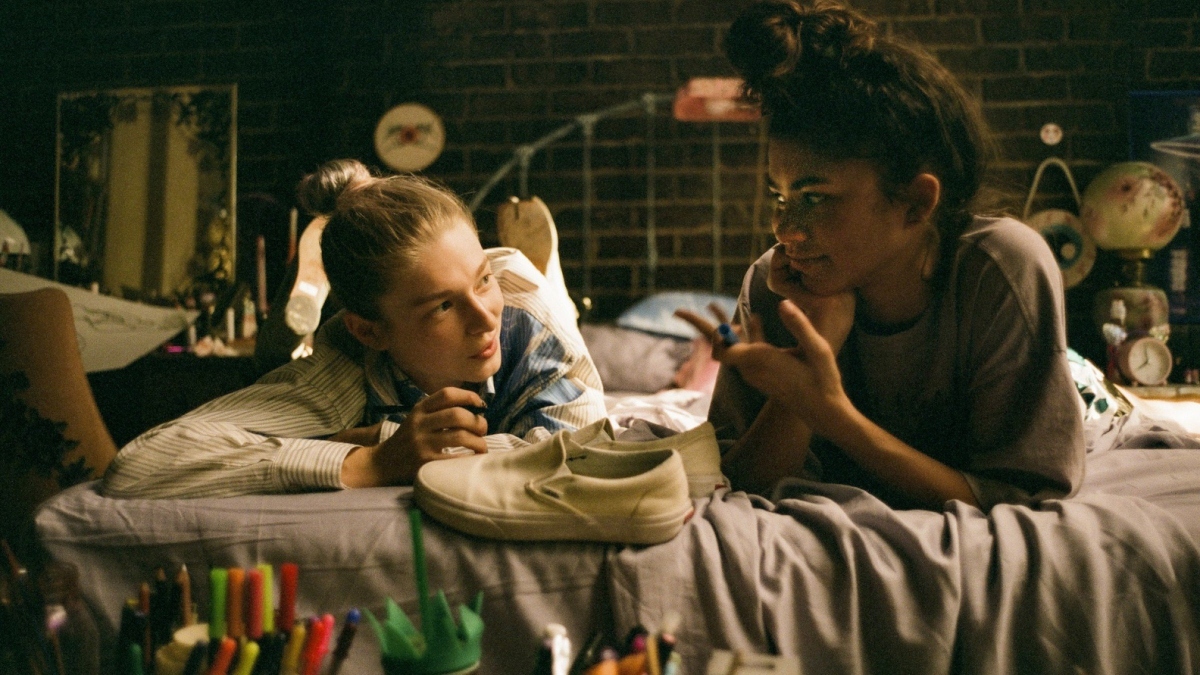 The second episode of the series heavily focuses on Jules and Rue, a relationship that is so complicated that it cannot be defined without spoiling the series. So basically, Jules and Rue have not seen each other in quite awhile, especially because of Jules has fears that Rue depends on her to keep herself clean from relapsing back into her drug addiction, which becomes apparent and true after they both separate. Whereas Rue believes that Jules never truly loved her and there is a clash of these fears that is only found on the best of the best in prime time television.

Sam Levinson paints a pretty picture, “Euphoria” is a beautiful show with some of the best cinematography that you are ever going to see in a television series. It is a show that focuses a lot on its aesthetic, from it’s beautifully diverse cast of characters, to it’s mature and deeply complicated narratives and themes. The show is full of surprises and complexities.

However, there is still that one factor that the series is missing, which is to have moments of calmness and steadiness in between the chaotic sequences. This is something the series had done amazingly in the first season, however since there are only two episodes out so far there isn’t much of that showcased for now.

The most important aspect is balance, in a series that is heavily featured within the teenage landscape, Euphoria always needed to have a balance when it comes to its melodic chaos. “Euphoria” does this really well, by showcasing moments of calm in between moments of chaos, it brings you to a place of mundanity, to throw you back into a sense of dread and intensity that you won’t find in a drama otherwise. 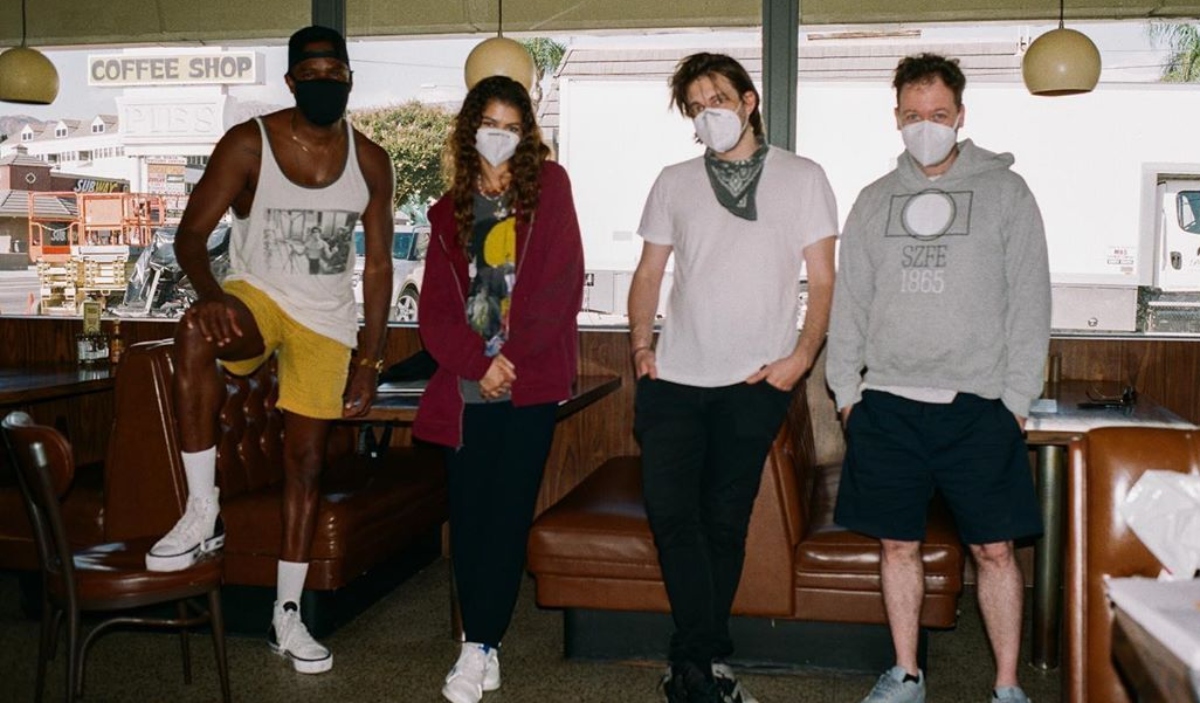 Another thing that helps in elevating this form elotic chaos, is the gorgeous lighting work, and the cinematography done by the hands of master cinematographer Marcell Rév. You can see his craftsmanship floating throughout this episode, the art and the colour and the aesthetic beauty popping out of the screen into our houses. Such as the work of a master, and Marcell Rév once again cements himself as one of the best cinematographers to ever come out of Hungary.

All in all, the future looks bright for “Euphoria” second season. While there isn’t much to criticise or praise due to only two episodes being released so far, we’re sure that the more the series comes out, the more we’ll have to like. For now, we will rate these two episodes at a high decimal, due to them being amazing building blocks for the future of this season.