752
VIEWS
Share on FacebookShare on TwitterShare on LinkedIn
ADVERTISEMENT

There are many films based on the Bible that tell the story of Jesus. But what about the parents, especially Joseph? In his upcoming film, Roland Vranik tries to find an answer to this question.

How many movies have we seen about Jesus? It’s quite hard to count, isn’t it? There’s the eternal classic that’s on TV every Christmas, yes, I’m thinking of “Ben-Hur”, and more modern adaptations like Netflix‘s “Messiah”, or even Oscar-winner Joaquin Phoenix‘s portrayal of Jesus in Mary Magdalene.

What do they have in common? The answer is obvious – they are all about Jesus. We can all agree that the whole subject is inexhaustible, but at the same time, we can always consider trying to see it from different approaches.

Hungarian director Roland Vranik has done just that, twisting the basic story and presenting it from a perspective that few, or more likely no one has ever seen before. Joseph, the father’s point of view. We were talking with him about this revival and his upcoming film. 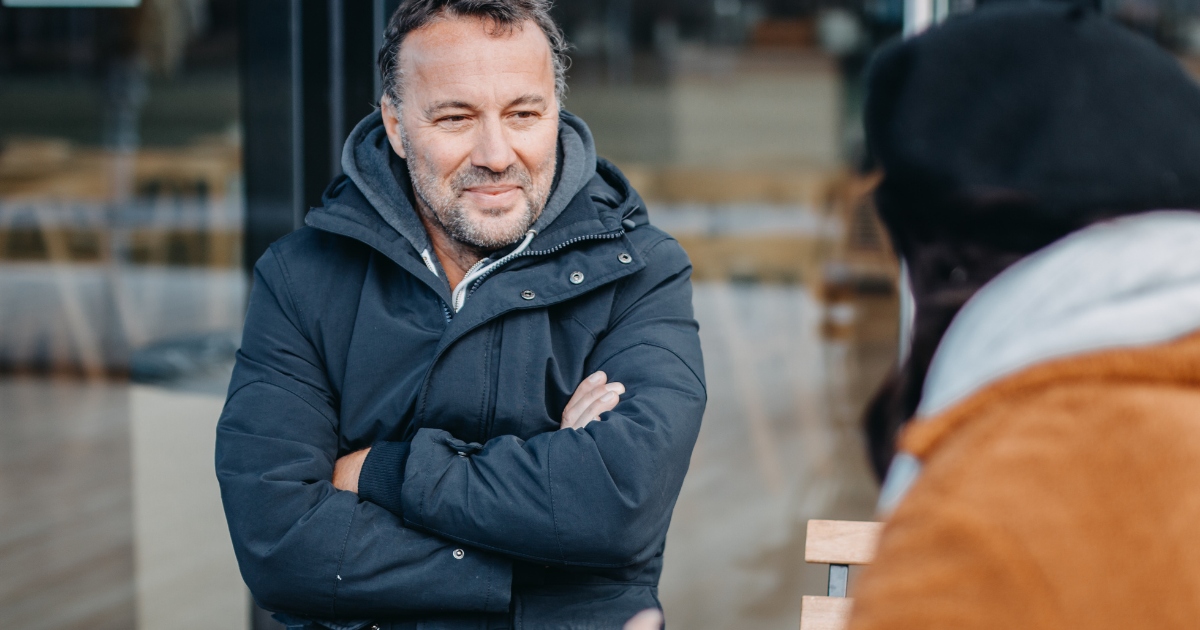 Budapest Reporter: Can you tell us a little bit about yourself? How did you fall in love with the world of films and directing?

Roland Vranik: To tell you the truth, I can hardly remember. I was born into a family of filmmakers, my father used to take me to film shoots and to the Film Museum to see films that were not made for me. That’s why I became a director. I started making films with my friends, then commercials, music videos, then feature films. We had a big company in college for a long time, but how I started filming, I don’t remember.

BpR.: How did you come up with the idea of dealing with a Biblical theme in your upcoming film?

R.V.: There is a short novel written by Szabolcs Kiszely, and there’s a scene in it, when a drunk man shouts “Who was thinking of Joseph?”. And I began to wonder what could be, or what could have been a story of a film about him, the adoptive father. And I found nothing about him. There’s nothing about him in the canon or the dogma. All we know about him is that he was very fond of making tables and he was very sweet. That’s all. He’s raising one of the most important kids in the world, and there’s nothing about him. So I thought we’d fill in the blanks.

BpR.: How much research have you done?

R.V.: Two years of research, in every form you can imagine. I have had experts with whom I had to go through the Bible, the commentaries, a lot of Hungarian and foreign novels, and writers who researched the period either scientifically or on a fantasy basis. I had to review that particular period of time and the Bible to get comfortable with it. It didn’t change the way I imagined things, but you have to be an expert on the subject that you make a film about.

BpR.: Can you tell us more about the story? How did you approach it and what were the most significant changes that you have made?

R.V.: I’ll try to answer this without spoiling it, but the main thing is the concept itself. The role of Joseph is very important, especially since it hasn’t been done yet. The other very important aspect of the film is that there is no Bible in it. There is no canon, no dogma, nothing. There are maybe two intersections in the story that meets the Bible. The story is much more about what happens when a woman announces to her boyfriend that she is pregnant, but not by him because they have never been together, and what he says to her. It’s totally confusing how his wife got pregnant, and on top of that, it turns out that they’re trying to kill the baby.

If he’s a fake messiah, that’s why, and if he’s the real one, that’s the reason. Adoptive fathers are usually very protective of the child. Perhaps, even more, they protect and guard the child as if they were their own. This is the case with Joseph. He loves Jesus as if he was his own. And they want to kill him! No father says, “Never mind son, let’s carve a window”, but either panics or goes against the force. Nobody knows how he would behave in that situation, but he would certainly not sit back and wait for his child to be executed. That’s what the film is about. 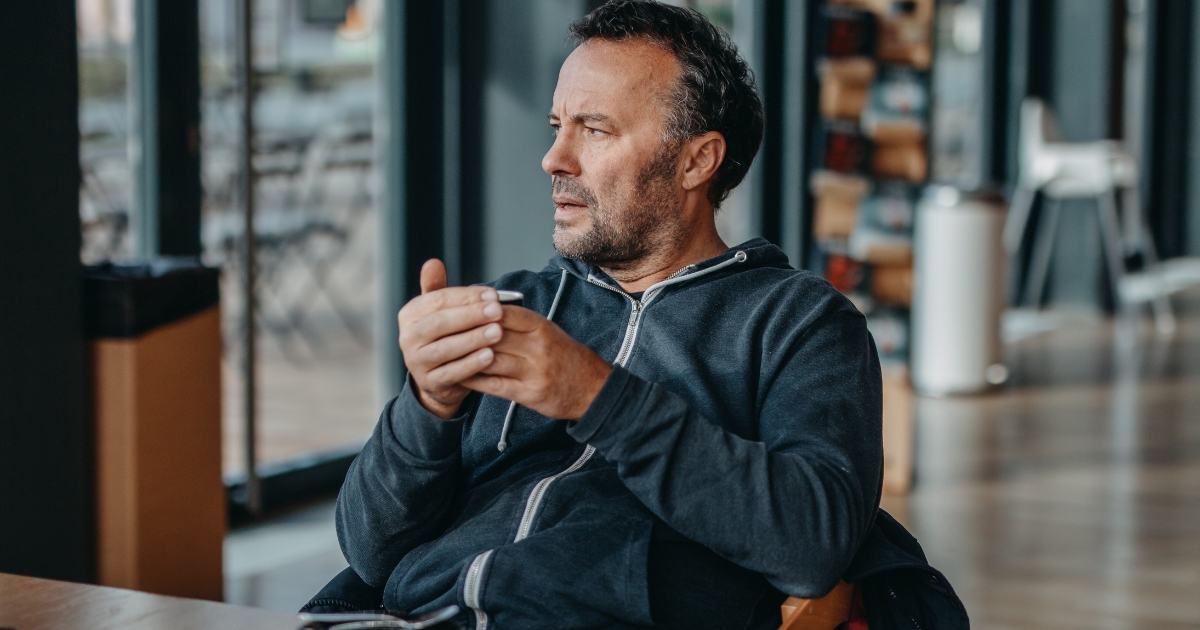 BpR.: How modern the film is? Have you decided to put the historical line in the background or chose to stay more authentic?

R.V.: It’s a costume drama, but it’s going to be like it was happening today. I try not to archaize. This means that the language of speech, the language of the film, everything tries to remain pathos-free. There are illustrative films that don’t do anything essentially, just shoot the miracles and go along the lines of the Bible story. My film tries to approach this story in a very contemporary way.

BpR.: Knowing how touchy the subject is, what kind of reactions do you expect?

R.V.: I don’t want to provoke people. Some versions were very provocative and profane that tried to make Dogma a little bit, if not ridiculed, but tried to find an explanation for the miracles. It didn’t work, because to talk about whether there is a God or not nowadays is not interesting. Usually, there’s always a scandal from such films, and I chose a path that no director has taken before. As I’ve said several times, it’s dogma-free, so it’s also saying things that might piss off one or two people, but I have no intention of pissing off people who care about the subject.

BpR.: Where will the locations be?

R.V.: We will be shooting in Morocco. We’ll spend fifty days in the desert, we’ve scouted locations in Croatia and Morocco, casting has started in Transylvania and we’ll be shooting interior scenes at ORIGO Film Studios, too. The visuals are ready, casting is underway. When you have the location, you start to change the script a little bit, you sleep on it, you come up with a new version, and then hopefully shooting will start slowly.

BpR.: Let’s talk a little bit about the casting. Do you prefer professionals or amateurs?

R.V.: Everyone. Pros, amateurs, puppeteers, folk dancers, anyone who comes to mind and has potential for the role gets a chance. I’ll work with absolutely unknown actors, or rather non-actors, somehow I couldn’t imagine such a well-known, familiar face in my film.

BpR.: When are you planning to release the film?

R.V.: That’s being planned by the distributor, but if the film will be made by next year, hopefully, it will be released in 2023. There is a process for that. And then there’s the question of whether it will get into the big film festivals. At that point, the film will be on its way.

BpR.: How does the constant recurrence of the pandemic waves affect filming?

R.V.: When we went to Morocco, I caught the delta variant, so no one knew what was going to happen. There’s presumably lower chance of getting ill during the summer, and that’s when we’ll be filming, so I’m not that worried, especially since we’ll be in the desert. I hope it won’t destroy our calculations.

BpR.: Do you expect the film to get into major film festivals?

R.V.: Every director dreams of winning the Palme d’Or at Cannes. If we manage to pull off this unconventional and unusual approach, I think it has a chance of getting out to major festivals.

BpR.: The working title of the film is “Joseph’s Rebellion”. What does “rebellion” refer to?

R.V.: In the Bible, Joseph, you know, gets a little freaked out when Mary tells him the news. An angel comes, and neither Mary nor Joseph has an opinion about how thing are going to happen. In my story, the father’s perspective is about saying no to this death mission and going against a preordained action. That’s what the rebellion refers to.

BpR.: Have you seen any good movies lately?

R.V.: I just watched “Wild Roots”, I liked that, “Scenes from a Marriage”, which was also really good, but lately I’ve been reading more on the subject of our film. I’ve also watched about fifty Biblical movies. And the funny thing is that it was like watching one movie. They all had the same colors, they all had the same beards, the same hair, the same clothes, they all spoke the same way, they all had the same music underneath them, either violin or flute or piano. That’s where I’m trying to break out of now. Then we’ll see how it goes.

BpR.: Speaking of which, what kind of music is planned to be made for the film?

R.V.: I’m thinking modern songs, Lou Reed and others. I’d like something similar to Sofie Coppola‘s “Marie Antoinette”. I’m not trying to copy her, but I’ve been thinking about modern music all along. It’s very difficult not to be influential when it comes to music, and that idea can go wrong. But it worked well for Coppola, and I always imagined that there would be no music or it would be modern. As I said at the beginning, this film goes against everything we know about the Bible themed movies so far, in acting, camera, text – there’ll be dynamics in everything.