671
VIEWS
Share on FacebookShare on TwitterShare on LinkedIn
ADVERTISEMENT

Batman has had quite the evolution as a comic book character. He’s received more movies than any other DC Comics character and has had many iterations.

He’s been seen as everything from a comical caped crusader to a gritty detective. Let’s take a look at the legacy of the hero of Gotham City. 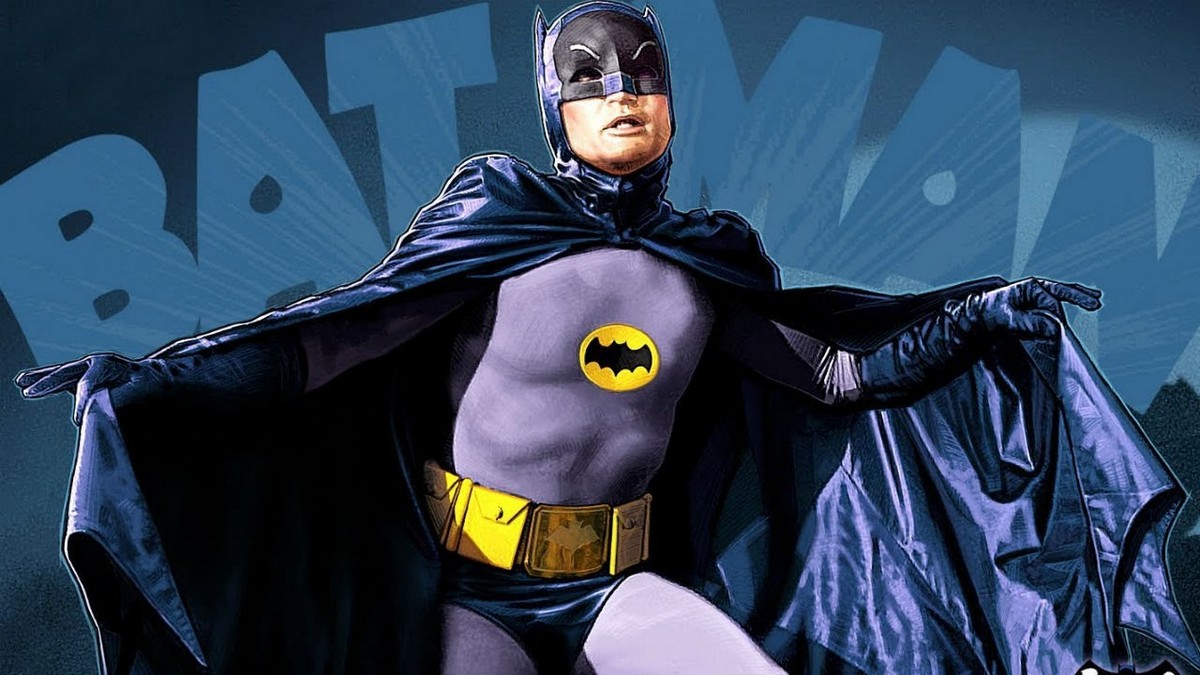 If you don’t count the early film serials, the first big-screen adaptation of Batman was actually pulled from the small screen. The DC Comics character arrived on television in the 1960s, portrayed by Adam West in an earnest yet campy manner that matched the costume of Batman and the reservations of Bruce Wayne. At the same time that the TV show was being developed, so was a theatrical film.

The film found Batman tangling with four villains: Catwoman (Lee Meriwether), The Joker (Cesar Romero), The Penguin (Burgess Meredith), and The Riddler (Frank Gorshin). The film was a ridiculous farce where Batman must stop the villain ensemble from using a dehydrator that can turn humans into dust. There’s some absurd action sequences as well as one ridiculous bit where Batman fights off an exploding shark with repellent he just happens to carry in his utility belt. 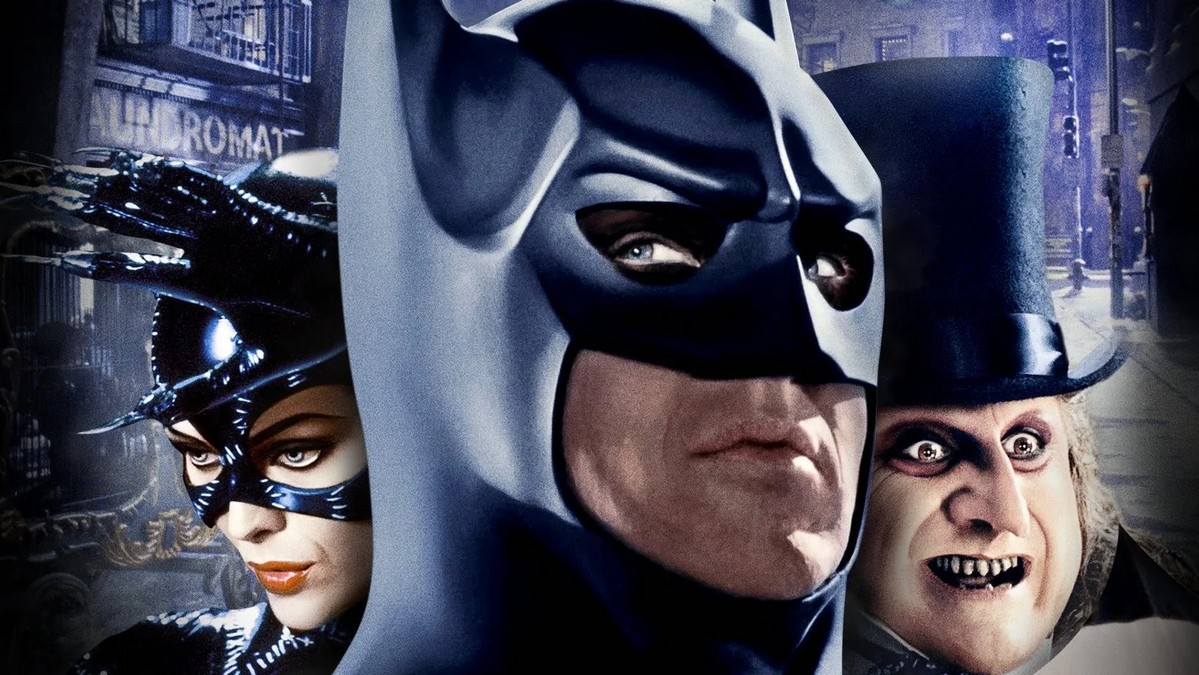 As time progressed, comics became less handcuffed by the comics code and explored darker areas. No hero found himself going through as much of a gritty transformation as Batman. He went from being the clever detective who dresses like a bat to a brooding anti-hero who feels trapped in the darkness. Postmodern takes on the character could be found in such notable comics as The Killing Joke and The Dark Knight Returns.

With this new image in the comics of the 1980s, it was perfect timing for Tim Burton’s macabre direction. Burton’s 1989 Batman film portrayed a grimier Gotham City bathed in darkness. Batman was this time played by Michael Keaton which was a controversial choice at the time. Keaton had mostly been known for his comedic work and he wasn’t that tall.

However, Keaton proved to be decently suited to the role of a brooding superhero whose life was shaped by tragedy. Jack Nicholson, of course, was a perfect casting for The Joker. The film portrayed this hero and villain with darkness but also embraced much of the campy elements of the comic on a surface level. The Joker would be a terrifying criminal of Gotham City but he’d still throw on a loud purple gangster outfit for the job.

Keaton would return to the role in 1992’s “Batman Returns”, also directed by Tim Burton. Keaton’s Bruce Wayne was still more of an enigma who was stuck on tragedy and encounter even more tragic villains. Catwoman (Michelle Pfeiffer) is a woman betrayed by her employers and left for dead, returning to life with the aid of some cats and eager for vengeance in a skin-tight suit with a whip.

Penguin (Danny DeVito) is an orphan raised by the sewers and rises up to become a mayor who brings even more havoc to the city. It was not only a darker picture but far more violent and depressing for both Penguin’s brutal end and Catwoman’s tragic romance. 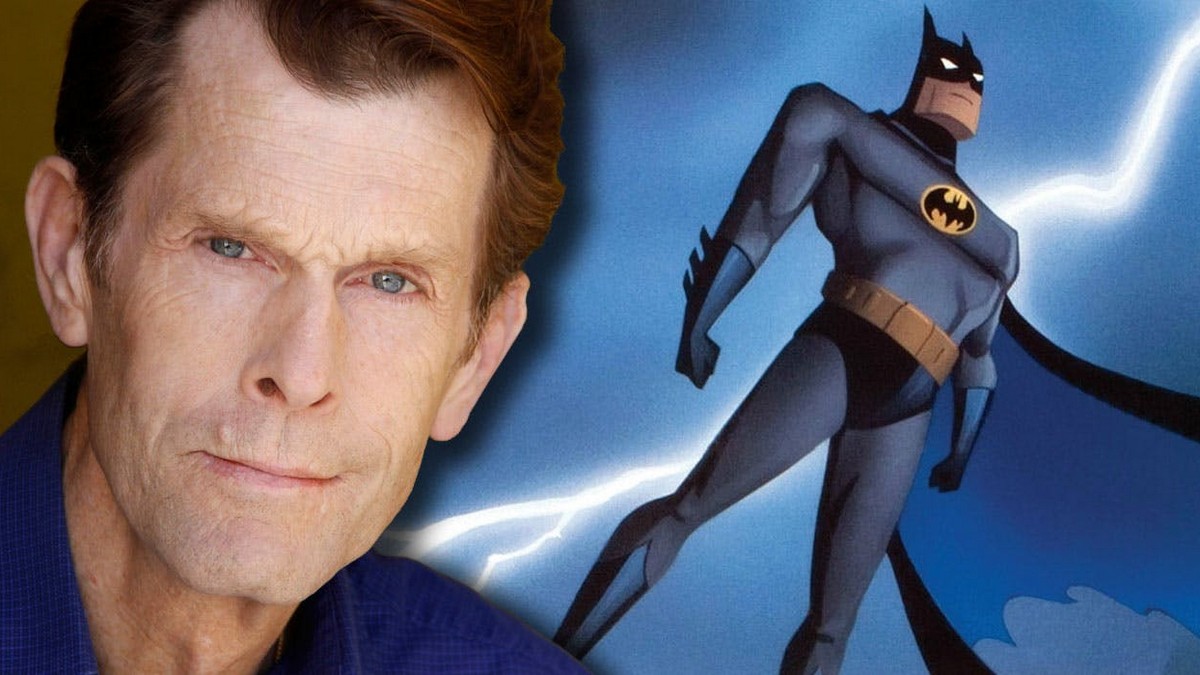 At the same time that Keaton’s Batman was appearing on the big screen, a new Batman was on the small screen. “Batman: The Animated Series” was a surprisingly more nuanced and mature take on the character when compared to the live-action movies. Kevin Conroy voiced the character with not only a dark voice for Batman but a sincere and gentle edge for Bruce Wayne.

The series eventually led to the animated movie “Batman: Mask of the Phantasm” (1993). Unlike other Batman movies, this one involved the hero confronting his past and using it to track down a serial killer of gangsters. Bruce Wayne’s past, however, makes him more vulnerable for fearing his own happiness.

There’s a rather powerful moment in the film that perfectly defines what makes this character so great. Bruce is seen at the grave of his parents, trying to reason with himself that he doesn’t have to continue on as a vigilante. He tearfully tells the gravestone “I didn’t count on being happy.”

The Batman live-action movies of the 1990s continued on without Burton or Keaton. Joel Shumacher took on directing duties and new actors were called in for the titular role. “Batman Forever” (1995) found Val Kilmer in the role who still carried a quiet dignity but perhaps too quiet for such a lavish film, where actors Tommy Lee Jones and Jim Carrey ate up the scenery as Two-Face and The Riddler respectively.

“Batman & Robin” (1997) was effectively the end of Batman’s mixture of camp and dark, becoming almost completely camp by this point in the film series. George Clooney played the character more up for laughs and the actors of Arnold Schwarzenegger and Uma Thurman only hammed it up for playing Mr. Freeze and Poison Ivy.

After laying dormant for a few years, Batman returned to the big screen in a gritty reboot from director Christopher Nolan. “Batman Begins” (2005) created a much moodier and more capable version of Batman. Christian Bale brought his own take on the character by making Bruce a quietly cocky billionaire and Batman a mean vigilante of the streets, practically growling his lines as though gravel were in his throat.

Bale would reprise that role in “The Dark Knight” (2008) and “The Dark Knight Rises” (2012). This trilogy of films was notable for turning down the camp and amping up the gritty detective angle. This led to such notable villain performances with Cillian Murphy creepy portrayal of The Scarecrow and Heath Ledger’s unforgettable scene-stealing performance as The Joker. 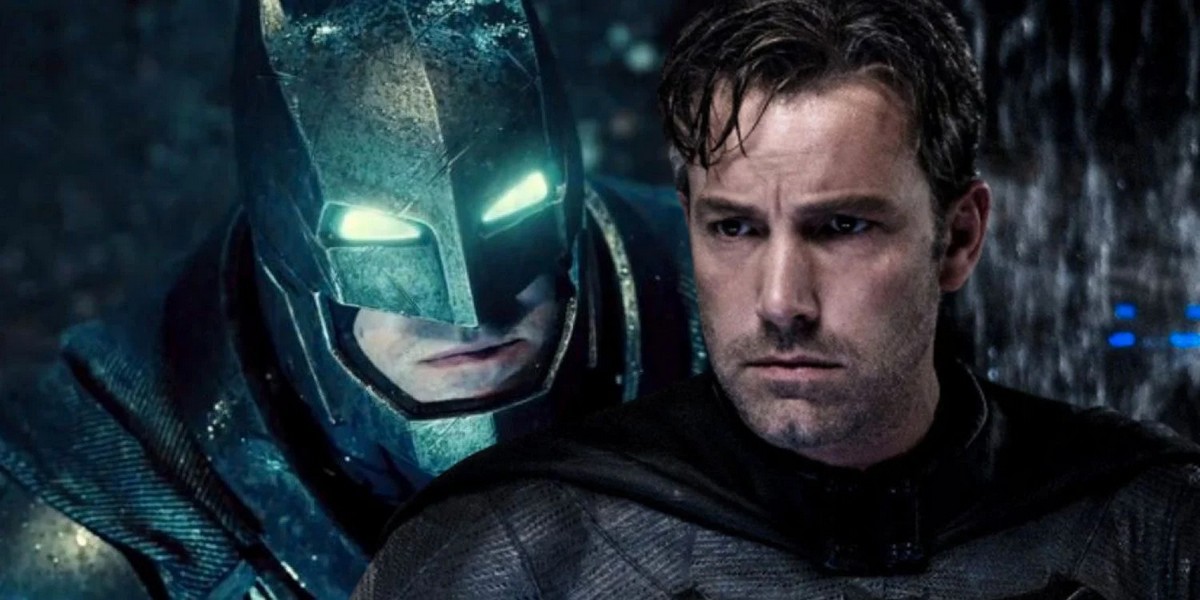 For “Batman v Superman” (2016), Ben Affleck stepped into the role of a much different Batman. This version of the characters was an older, grittier, and bitter version of the vigilante. After the events of “Man of Steel” (2013), Batman finds himself angered by the carnage of Superman and seeks to take him down. This version of Batman had gone down a path of violence and slowly realized he’d have to reform his ways to better save the day.

Affleck would reprise the role for a brief cameo in “Suicide Squad” (2016) and then play a more prominent role in “Justice League” (2017) as well as the director’s cut of “Zack Snyder’s Justice League” (2021). This Batman, however, felt like more of a supporting player when saddled next to Superman, Wonder Woman, The Flash, Aquaman, and Cyborg. 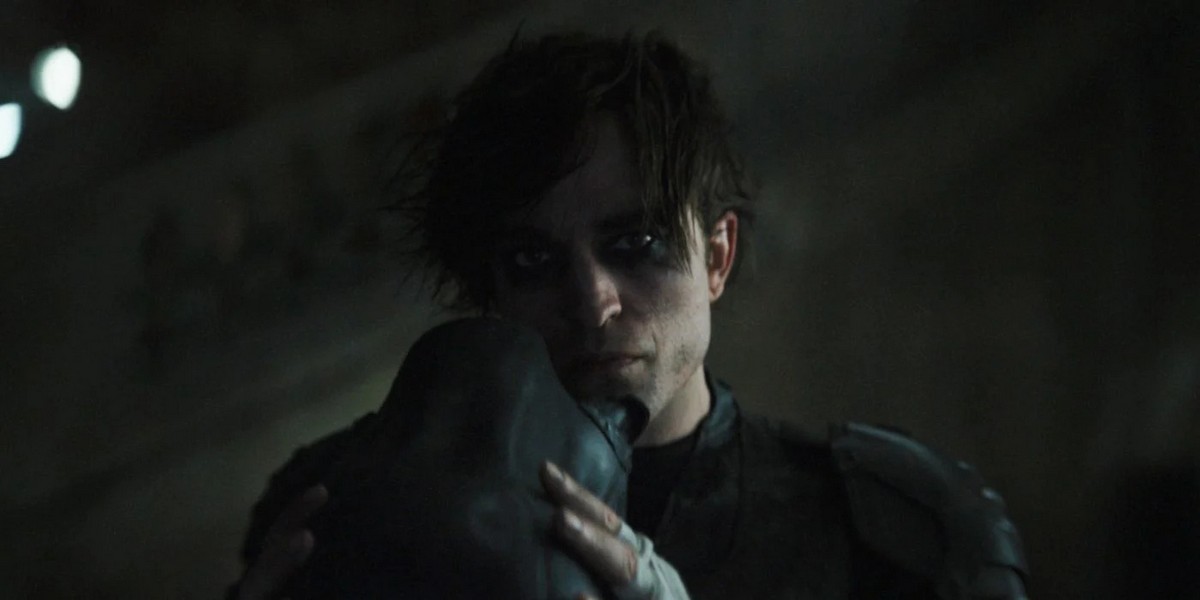 This brings us to Robert Pattinson’s portrayal of Batman in “The Batman” (2022). This is probably one of the most intriguing portrayals of the character considering this is a Batman in the second year of his crime-fighting crusade within Gotham City. While he tries to unearth a web of conspiracies and murders, he soon learns that he has to be more than just nightly vengeance to make a different in a city riddled with compromised politicians and law enforcement.

This Batman was unique for being more introspective, focusing on the sins of the father and questioning the war on crime. More interesting, however, is that this is a Batman who makes mistakes. He doesn’t quickly solve every clue left by The Riddler and second-guesses his motives at every turn. Even when Pattinson is all caked-on with that Batman outfit, he is able to show great emotion in his prominent eyes when gazing upon the downtroughten of Gotham. 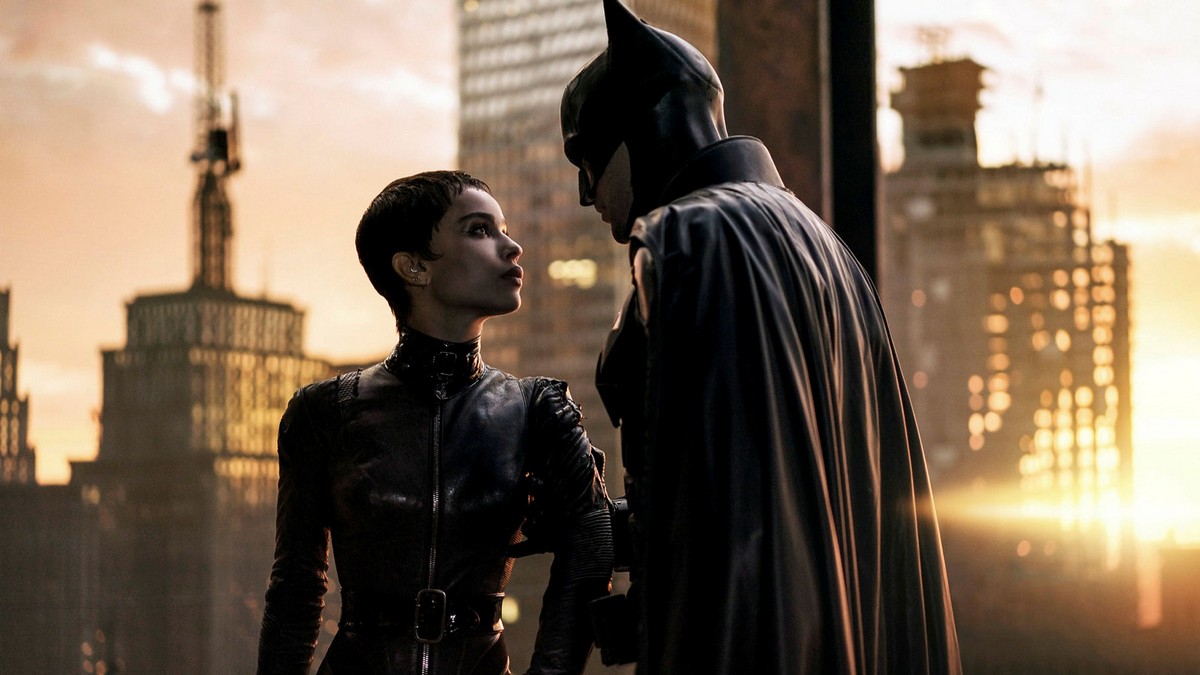 This type of Batman will certainly make for a postmodern take on the character. The hero has always been seen as one of questionable morals and a tragic tale that remains dark. This is a Batman who is learning and may find ways to make a difference besides just punching the next villain really hard in the face. He can still do that but he’s going to have to look more within himself before casting the first Batarang.