247
VIEWS
Share on FacebookShare on TwitterShare on LinkedIn
ADVERTISEMENT

When the viewing of Archive begins, after five minutes you ask yourself the same question that usually inhabits the mind of the critic when he sees a sci-fi product of this type. That question is the following: “Will it be derivative or will it say something new about the man-machine pair?”

To get to the answer we must first analyze its content, however this analysis will not only focus on this discourse, but also on how often the cliffhanger reverses the meaning of the film so much, that the poetics are totally lost. Written and directed by Gavin Rothery, this film was probably born out of the director’s desire to finally approach something he had been working on. He probably felt he had something to say about the sci -fi context.

Having also worked on “Moon” in the art department and on several video games, Gavin has a lot of experience with the aesthetics of a product, the importance of what you put into the environment and how you leverage it against everything else. I say that the filmmaker wanted to tell something, because every element makes him think: it was his first work, he had already worked on “Moon” and the film is not based on any novel.

Yet despite these premises, “Archive” seems not only to say nothing but also not to want to because of the final cliffhanger. Before unraveling it, however, better spend a few words on the subject, which is also very emblematic of a fact that we will see later. Recall that the film although set in Japan, was actually made in Hungary. Strange but true. 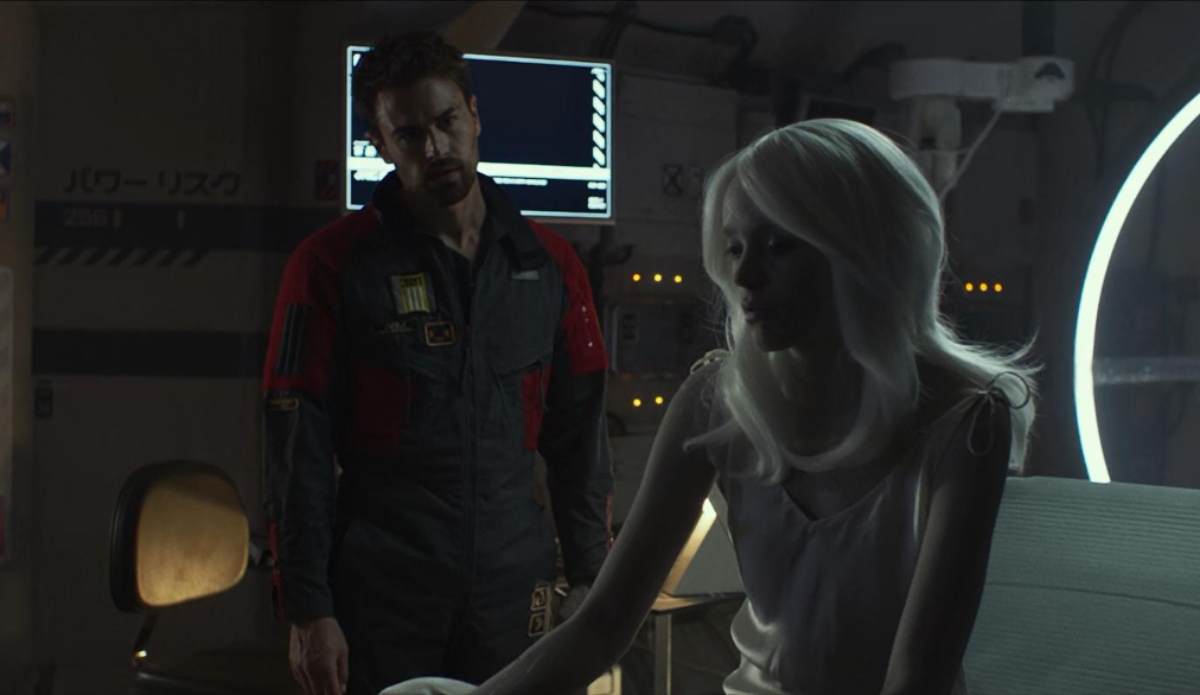 2038, scientist George Almore is working on a new artificial intelligence, but his past is haunting him and the company director is increasingly convinced to suspend funding for his project. Moreover, it seems that George is committing a crime by trying to satisfy two wishes: a new artificial intelligence and the return of his semi-defunct girlfriend.

The grieving is there, a man all alone experimenting between robots and artificial intelligence is present and the thriller component is not lacking. In “Archive” there is an intimacy that is obviously connected to the low budget, but if unlike works like “Moon” this aspect doesn’t bother, in “Archive” it is often all too evident how the story would have been better organized if there had been more money.

Science fiction, even when it is supported by actors of important name, or by not indifferent budgets, always prefers to talk about the intimacy of the characters to get perhaps to the philosophy that moves the man-machine theme. Again, there are many thematic spaces that are not explored as much as the malaise of the main character, they are more pretexts that orient the story towards the ending, towards the private and the intimacy. 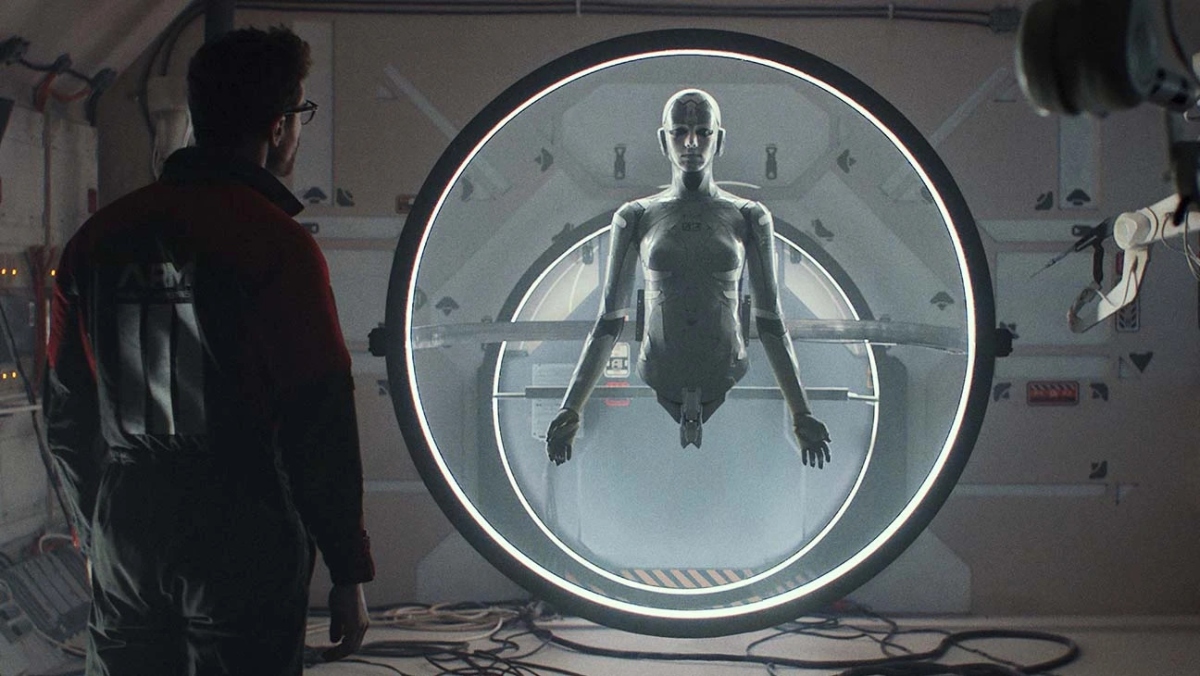 When George makes his new prototype, the previous one is very jealous of it and initially tries to sabotage his creator’s plan. This last definition also often works, often doesn’t. The creator is in sci fi philosophy synonymous with father, as Blade Runner teaches. Instead in “Archive” this concept takes on two familiar natures: one paternal and the other sexual.

George in fact explains that the two prototypes prior to the last, have an intelligence far below the adult age. Specifically, J1 has the intellect and emotions of a five year old, J2 is 15 years old, and J3 is an adult looking for everything: sex, complex emotions, and all that goes with it. This makes George a peculiar creator, different from the one played by Joe Turkel in “Blade Runner”.

George actually almost coincidentally seems to be close to having a classic but robot family, because he is intent on transferring his girlfriend’s consciousness into J3, into an absolutely thinking being. The film does not take much time to reason about this aspect, although it is very interesting because we should very much discuss whether this act is murder or not.

Instead, “Archive” doesn’t care at all. It doesn’t even really care about the Sci-Fi component because it doesn’t even try for a second to create a new aesthetic and scenic imagery. J3 looks a lot like Brigitte Helm as the android in Fritz Lang‘s “Metropolis”. J1 and j2 instead look a lot like the robots from “Interstellar”, also derivative.

When you deal with the Sci-Fi context unfortunately all critics will have to put your film into that cauldron. Gavin Rothery obviously doesn’t care about this, and in fact if until the end of the film he seems to want to say something particular about human relationships, in reality he sets the whole narrative on the theme of grieving. In this, the cliffhanger is annoying because it is as if it eliminates everything we have seen before. Seeing is believing.

As often happens in these articles we submit the opinion of some authoritative colleagues. On Rotten Tomatoes, aggregator of reviews, “Archive” has a 77% pleasantness. Cath Clarke writes in the Guardian: “Still, “Archive” is refreshingly non-cerebral – and that’s a compliment. It’s a sci-fi movie that wants to entertain, not deliver a lecture on AI”.

According to her, this is a film that wants to entertain and does not deliver any lecture on artificial intelligence. Unfortunately, however, this is a very questionable opinion and if it were really so, “Archive” would be an absolutely bad movie because the thriller phases are tiny and never wide-ranging. 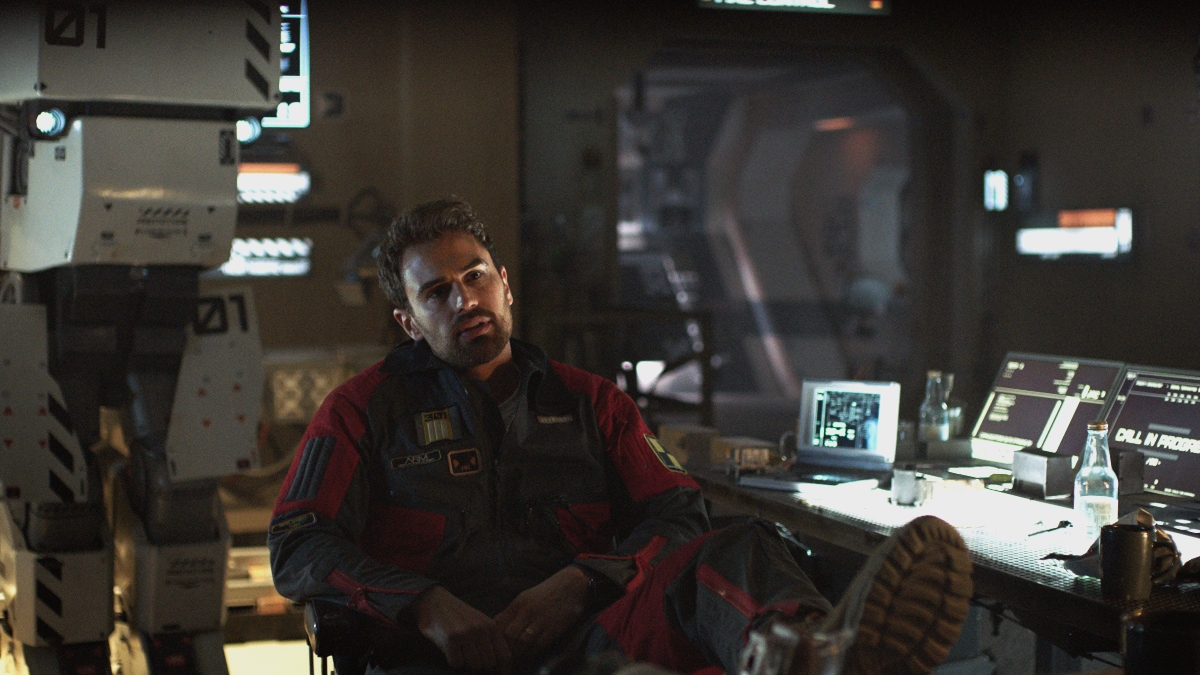 It’s a film that entertains but it’s also a fairly dense film and its duration is absolutely intuitable. It’s certainly not a film that travels at a brisk pace. There are a lot of positive reviews of “Archive”, but it is unfortunately quite forgotten and yet another post “Ex-Machina” movie that doesn’t have much to tell other than a story with twists and turns, some interesting ideas and a cliffhanger that is absolutely divisive.

Anton Bitel writes in Sight and Sound: “Rothery‘s soulful, at times surreal SF debut works on multiple levels as, certainly, a very modern ghost story but also as a paranoid thriller, a yearning romance and an introspective tragedy, full of hubris and catastrophe”. Indeed it does, however “Archive” has no powerful images and no new ideas about the themes it tells.

Anton Bitel writes in Sight and Sound: "Rothery's soulful, at times surreal SF debut works on multiple levels as, certainly, a very modern ghost story but also as a paranoid thriller, a yearning romance and an introspective tragedy, full of hubris and catastrophe". Indeed it does, however "Archive" has no powerful images and no new ideas about the themes it tells.