454
VIEWS
Share on FacebookShare on TwitterShare on LinkedIn
ADVERTISEMENT

Marvel’s latest series finally tries to break with a decades-old formula with its pleasantly strange and brutal anti-hero – despite his early flaws, the Moon Knight could be the superhero we’ve been waiting for within the now 14-year-old Marvel Universe.

After dominating the cinemas, Marvel aspired to conquer streaming platforms with its Disney+ original series. After a few more or less successful attempts, they decided to step up their game with a dark and gritty action-drama, introducing a completely new character to their cinematic universe: “Moon Knight”.

Although comic book veterans might know him very well, his debut in the franchise is surely welcomed by all fans, as he could open up many possibilities for more mature and thrilling stories later on. Seeing the first two episodes, “Moon Knight” is already on its way to fulfill these promises, but there is still a lot to uncover, and more importantly, to improve upon. 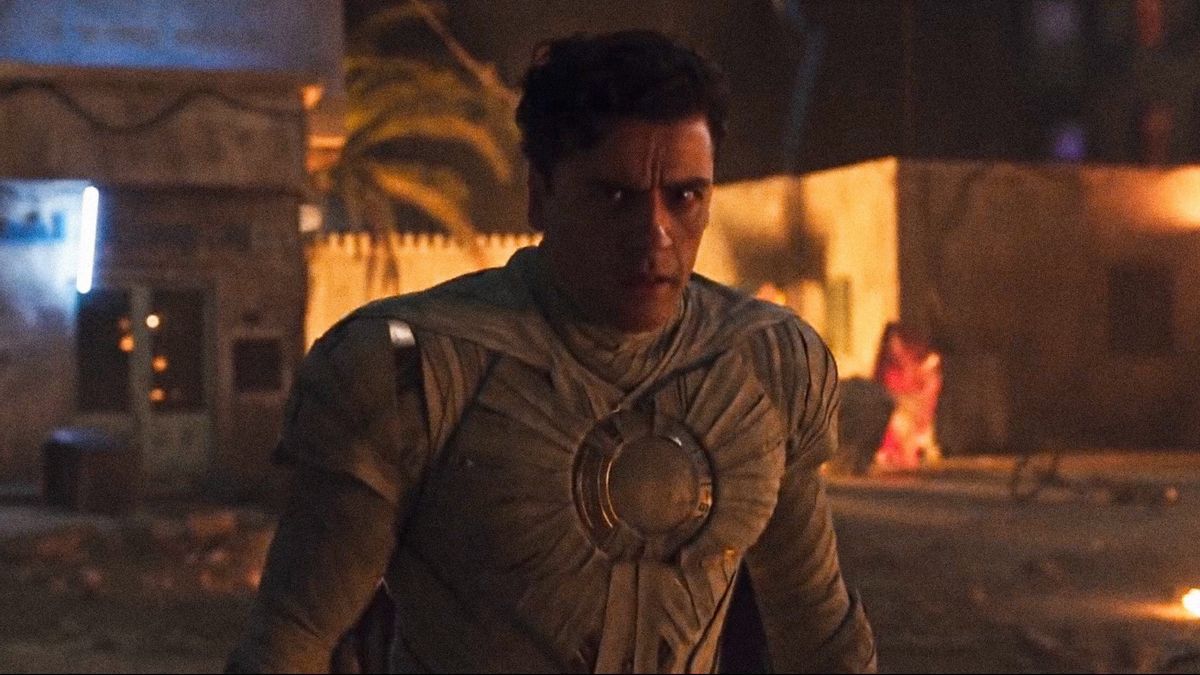 Steven Grant (Oscar Isaac) works as gift shop cashier at the British Museum, and his days are just as eventful as anyone would think. Grant’s life is a complete mess, thanks to his lack of self-confidence, weird personality, and his sleepwalking problem, that requires him to chain himself up while sleeping. When unsettling things start to happen around him, and cult leader Arthur Harrow (Ethan Hawke) tries to murder him for unknown reasons, Grant discovers the truth behind his “sleepwalking”: a different personality resides within him, living under the name of Marc Spector, who was granted special powers by the Egyptian god of the Moon, Khonshu. The two of them fight over the control of their bodies, while menacing shadows keep on growing around them. 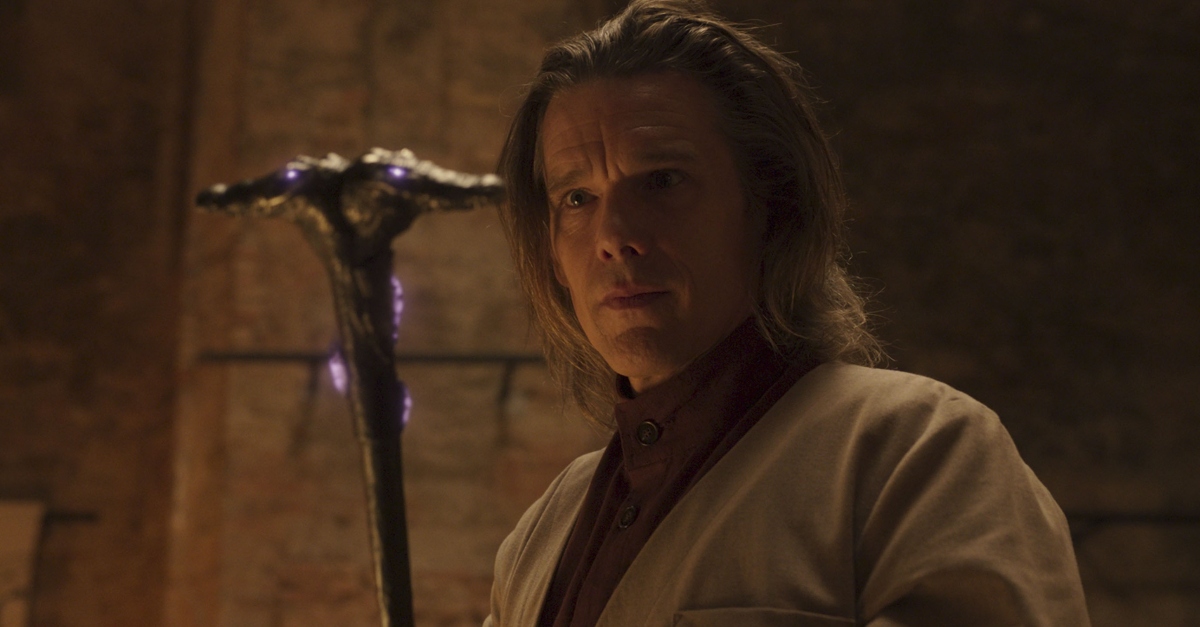 Just minutes into the first episode, the distinctive vibe of “Moon Knight” can be easily distinguished from previous Marvel movies and shows. Oscar Isaac’s Steven Grant is as lost in the events happening around him as the audience, and his schizophrenic self is a mysterious and intriguing character, resulting in a near perfect balance in this god-possessed body. However, a leopard cannot change its spots, and there is no Marvel show without corny jokes either – “Moon Knight” tries to be funny at places where it doesn’t suit him well. Fortunately, these moments never kill the show’s otherwise great vibe.

The overarching story and turning points of Moon Knight’s crusade are yet to be told, just like the motivation of its villain Arthur Harrow, who surely acts like a maniac, even if his purpose is still obscured. On the other hand, the atmosphere of the supernatural tale is enchanting and spine chilling at the same time – a much needed addition to MCU’s mythological storylines. The city of London and the halls of the British Museum, recreated on the streets and in the Museum of Fine Arts of Budapest, are a great starting place for the mythic adventure.

The cinematography is somewhat unusual by MCU standards, which really helps to put the emphasis on the characters’ drama, not to mention the fantastic, ancient-like music, that really sets the mood through the episodes. The only thing breaking this otherwise well-built immersion is the CGI of the various creatures and gods (and certain action scenes), which barely can be convincing, taking what we have seen in previous Disney+ Marvel shows into consideration. 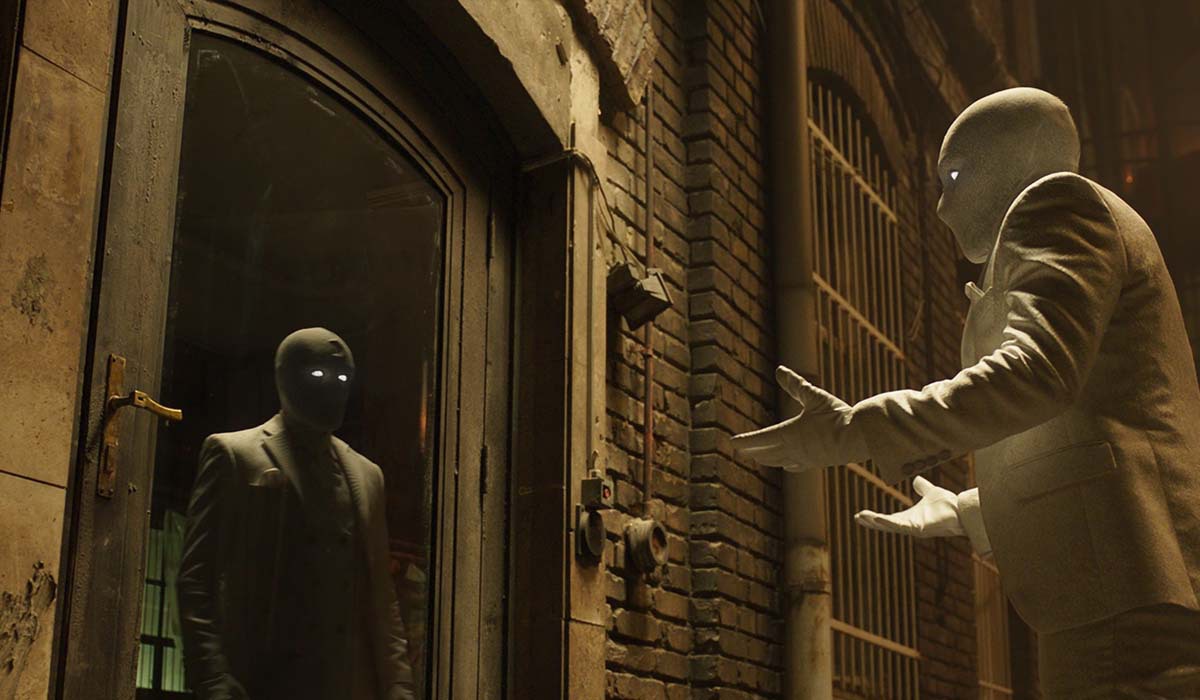 Although the ups and downs of Moon Knight are already clear, it certainly has the potential to be the most unusual and eerie story ever presented on the small screens by the comic book giant. At the 3rd of the 6-episode season, we are still scraping the surface of the Giza Pyramids, so let’s hope things will speed up a little bit in the so far confusing, but exciting world of Egyptian gods.

Although the ups and downs of Moon Knight are already clear, it certainly has the potential to be the most unusual and eerie story ever presented on the small screens by the comic book giant. At the 3rd of the 6-episode season, we are still scraping the surface of the Giza Pyramids, so let’s hope things will speed up a little bit in the so far confusing, but exciting world of Egyptian gods.