269
VIEWS
Share on FacebookShare on TwitterShare on LinkedIn
ADVERTISEMENT

Without Ferdinand Horváth Huszti, “Mickey Mouse” and “Snow White”‘s seven dwarfs would look different today, at his peak he worked on the world’s first feature-length animated film, but his career is not a Disney story: he left the film industry after years of struggle for recognition.

Hungarian filmmakers have played a vital role in the development of the film industry, with Adolf Zukor, the founder of Paramount Studios, and Vilmos Fuchs, founder of 20th Century Fox, giving a major boost to American cinema. However, there were also cinematographers, directors, writers, composers, and even cartoonists who, in their fields, also had a huge impact on the world that today churns out a mass of works of varying quality.

One of these was Nándor Mihály Löwenstein, who was born on 28 August 1891, the son of Ede Nándor Löwenstein, a well-known merchant in Budapest, which was suddenly to be filled with thousands of tenement houses. 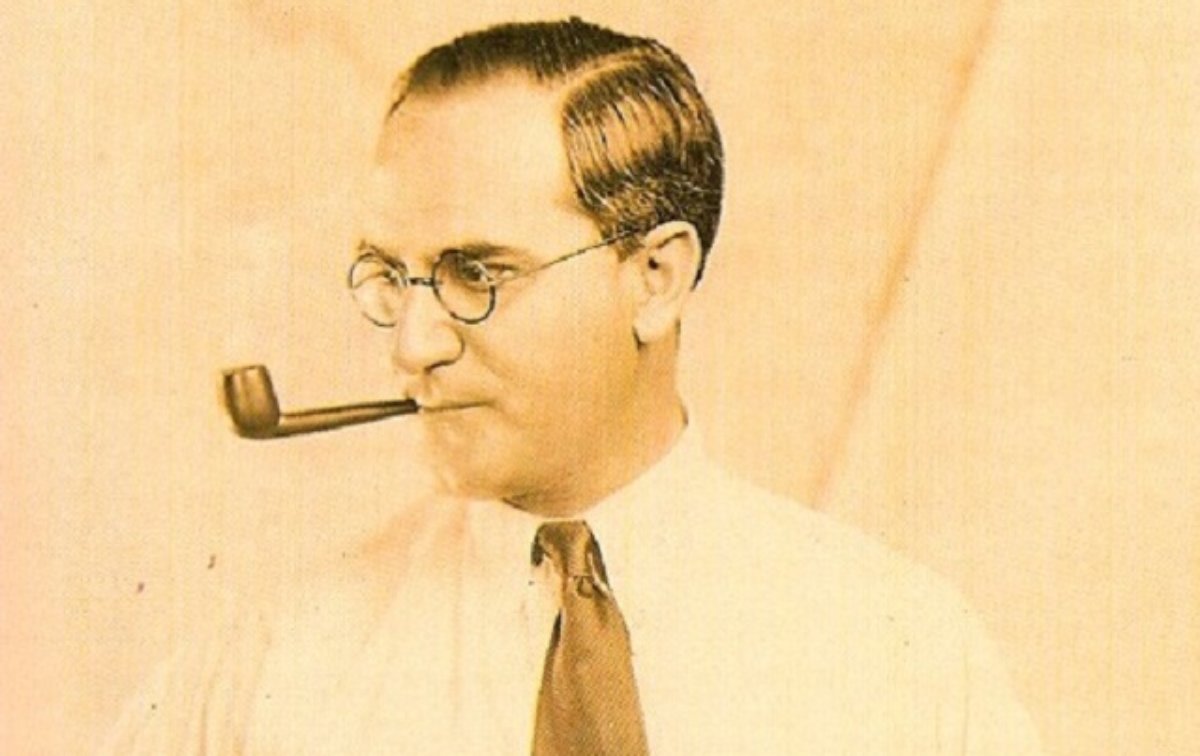 Most members of the family, who changed their name to Horváth in 1903 and later converted to Roman Catholicism, thought that the son would be the next head of the highly profitable company that had been in existence since 1864, but Nándor had very different dreams: he had wanted to become an engineer, but as a student at a technical school he realized that design was not his thing, but art was, and so he wanted to move to Paris as soon as possible.

It is debatable whether he eventually made it to the French capital, but it is certain that the young man, estranged from his family by his decision, was already a soldier of the Austro-Hungarian Empire in the year of the outbreak of the First World War: he joined the Kaiserjäger, often referred to as the Tyrolean mountain troops, but which brought together soldiers from all parts of the dualist state, and changed his name to Ferdinand Horváth Huszti, perhaps partly because of his sharp contrast with his father.

He was a Russian prisoner of war for two and a half years, but because of his position, he was not mistreated. This allowed him to hone his artistic skills: he made sculptures of various scales, but also did a lot of drawing, and even began working on illustrations for Edgar Allen Poe‘s poem The Raven.

He escaped from the camps, not because of the separate Brest-Litovsk break in March 1918, which marked Soviet Russia‘s withdrawal from the war, but because of a deal with a Tsarist soldier: he rode a horse and sleigh to Petrograd (now St Petersburg), where he briefly posed as a Russian peasant. 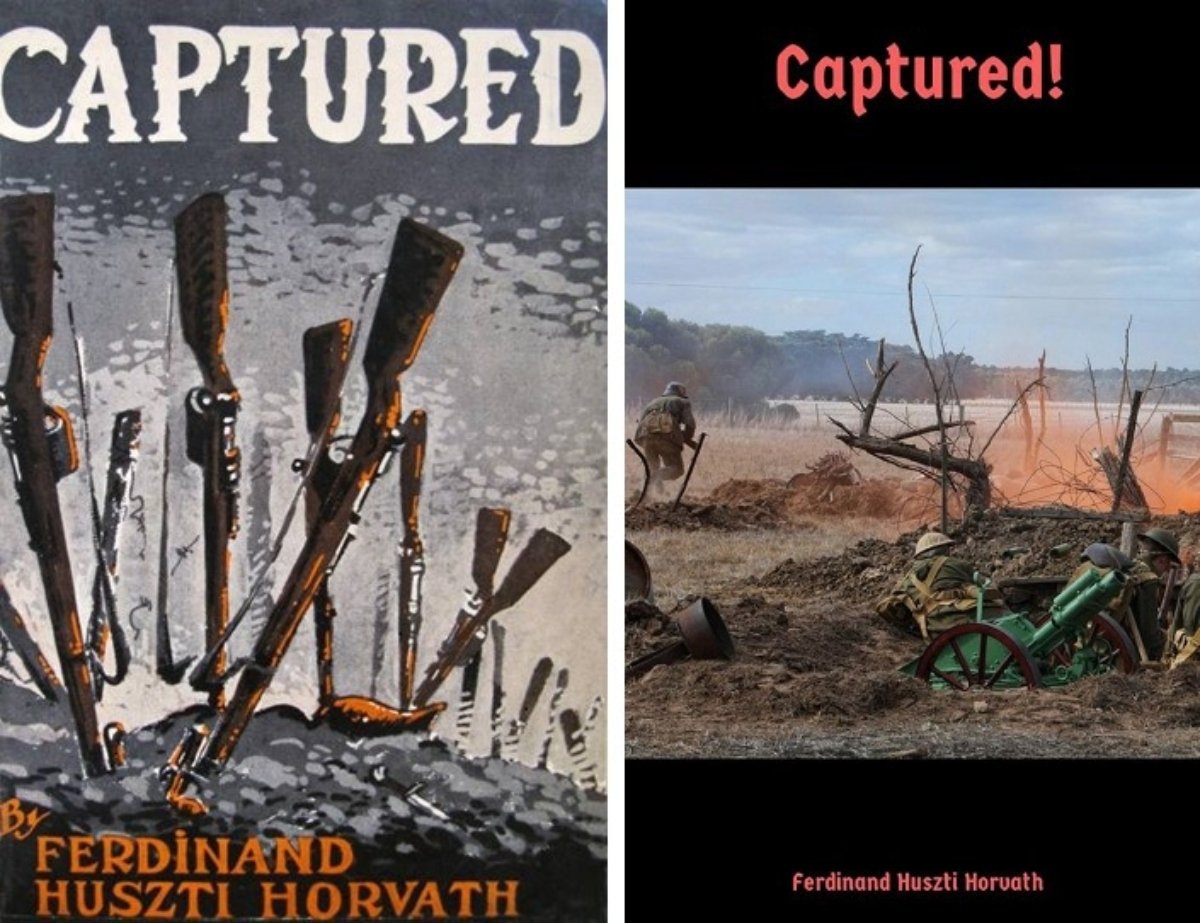 This was not Horváth Huszti‘s final destination, according to his book Captured!, published in 1930, which tells the story of his escape, and he soon continued his journey to the border of Finland, then part of the Russian Empire, where he took a train to rest as quickly as possible in free and independent Sweden.

With only good luck to get across the border – he was fired upon and jumped from the moving train into the freezing water – he survived the adventure with surprisingly no gunshot wounds, eventually making his way back to Budapest via Berlin, where he rejoined the army and continued fighting until the end of the war.

After the break-up of the Monarchy, Horváth, in his late twenties, found love: he fell in love with Elly (Erzsébet Franciska Rafaela Koellesz), the daughter of a noble family who had a taste for ballet, and married him in 1920, breaking off her engagement to the Royal Flying Officer Dezső Deutschlander two years earlier.

Elly was disowned by her family, who lived in the predecessor of the Norwegian Embassy building on the side of Várhegy, destroyed during the siege, for marrying beneath her rank – her husband’s Jewishness may have played a part in the decision – and Ferdinand not only forfeited the whole of his inheritance, but his father did not give them a single penny as a wedding present.

Food had to be put on the table, so Horváth started selling his paintings and drawings, hoping to make some money. Unfortunately, the idea did not work out as he had hoped, and on 11 November 1921, the third anniversary of the armistice that ended the war, he arrived in New York with forty-five dollars and a few small ivory statues he had carved in his pocket to try to lay the foundations of life with his wife.

Like the immigrants who flocked to New York‘s ports, he initially supported himself with small jobs, before entering the world of art and working in special effects and set design. The initial work eventually brought in enough money for his wife to follow him, and in 1927 they were both granted US citizenship.

Horváth, who by this time had a patent for a photo album, was then lucky enough to become an illustrator for various New York magazines, including the prestigious Harper’s Bazaar, and then for books, and in 1928 his work appeared on the walls of the Waldorf-Astoria, which was the subject of a series of positive reviews in the newspapers.

In the same year, he began working with Paul Terry, who had inspired Walt Disney by turning Aesop’s Fables into an animated film series, often producing 150-200 drawings a day. 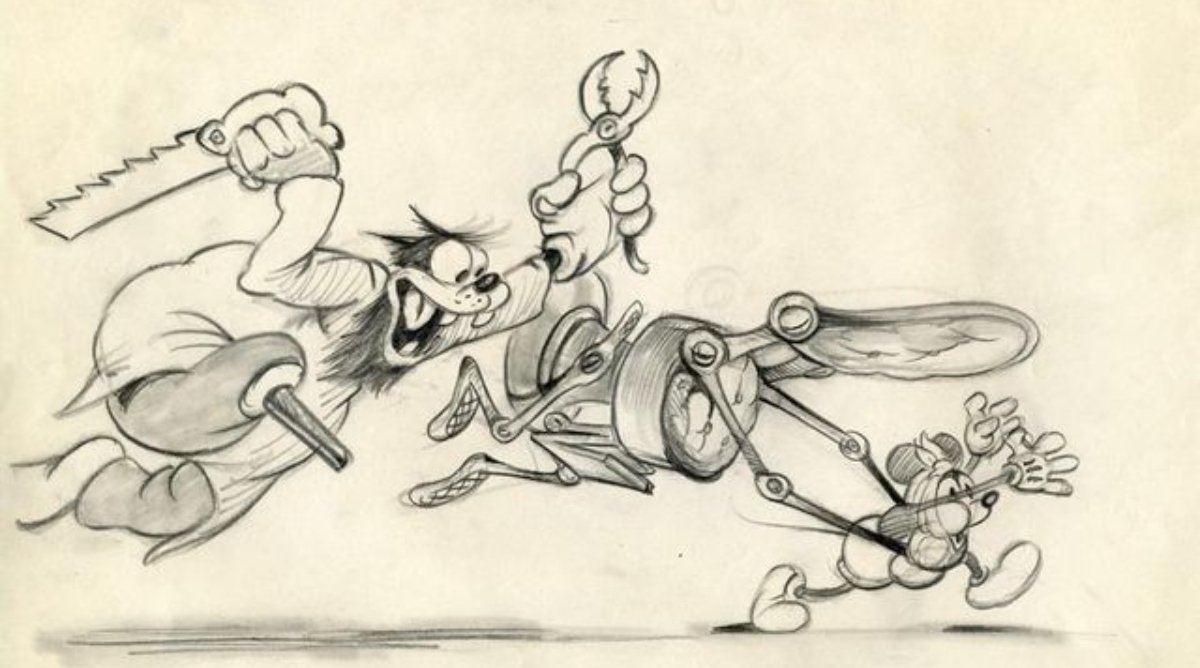 He turned to Norman Ferguson, one of the fathers of the character of Pluto, whom he had met while working for Terry but who had long since become Walt Disney‘s most important animator, for help and, at his encouragement, wrote a three-page letter in September 1932 to the founder of the fledgling studio, by then widely known for “Mickey Mouse”.

His attempt was successful, and the Hungarian cartoonist would find himself on the other side of the country in Los Angeles the following year, having been hired by Disney on 7 January on a six-month contract.

It soon became clear that Horváth could excel in a variety of tasks: he started as a simple cartoonist, but soon found himself at a promotional event for the company, where he met Willy Pogán, who was from Szeged. His first big works were “Old King Cole” and “Father Noah’s Ark”, a story about Noah’s Ark, where he had to animate the movements of seventy animals.

However, due to the poor economic situation, pay cuts have been implemented and there have even been rumors that some people will be fired. Horváth, who felt himself in danger, was eventually to be sacked by Walt Disney himself, who had been told by his bosses that he was not only too independent but also slow to work. 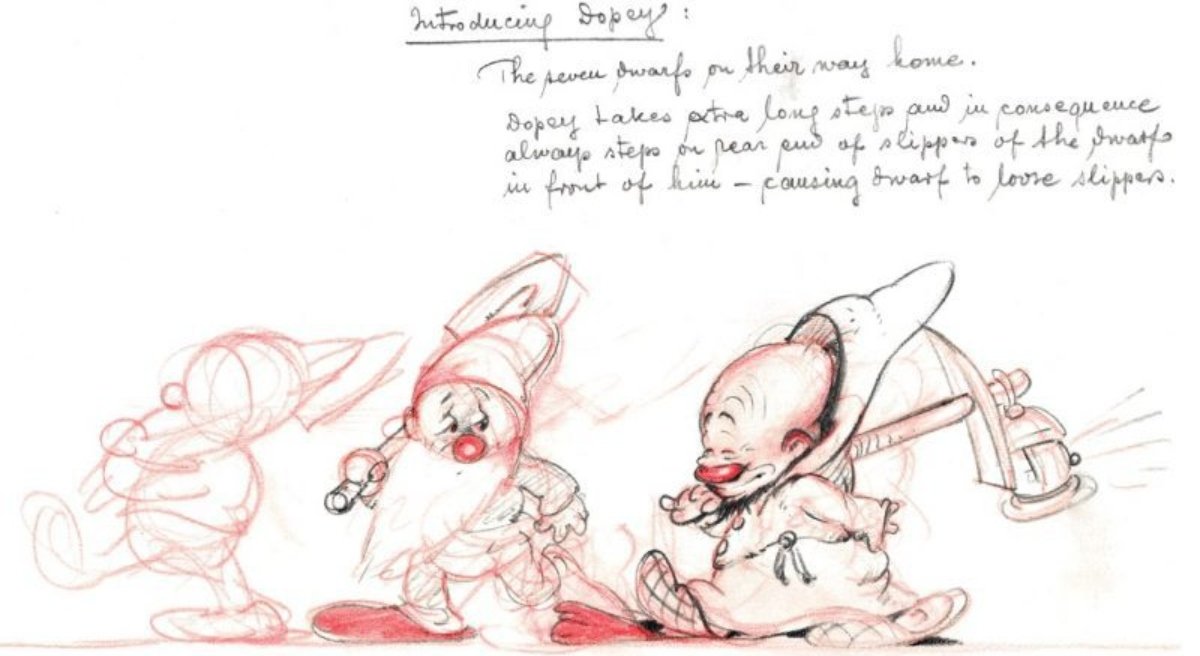 But the one-to-one discussion ended surprisingly: Horváth not only stayed on at the company, but the next day he was working on the world’s first feature-length animated film, “Snow White and the Seven Dwarfs”.

However, his six-month contract was coming to an end, and in the uncertain economic situation, and with the studio a madhouse – according to a letter to his wife – he feared his contract would not be renewed, so he soon tried his luck at Warner Brothers, the company that had just founded the animation studio. The giant, which had invested heavily in the film industry, was able to tempt Horváth with a much higher salary, offering him $100 a week for the first year, $125 for the second, and $150 for the third.

Before the big decision, he also spoke to Disney, who asked him if he planned to extend his contract. Unfortunately, he didn’t get an immediate answer, as the studio boss was away for a week and a half, and the lure of money won out: on the last day of July 1933, the man was known to many as Fred was sitting at a drawing table in Warner‘s new animation department.

A month later, he moved his wife to Los Angeles, and things seemed to be looking up, but Horváth soon realized that Warner was more concerned with quality than big profits, and no one would listen to his ideas, so in March 1934, in a letter to Walt Disney, he asked to be allowed to return. 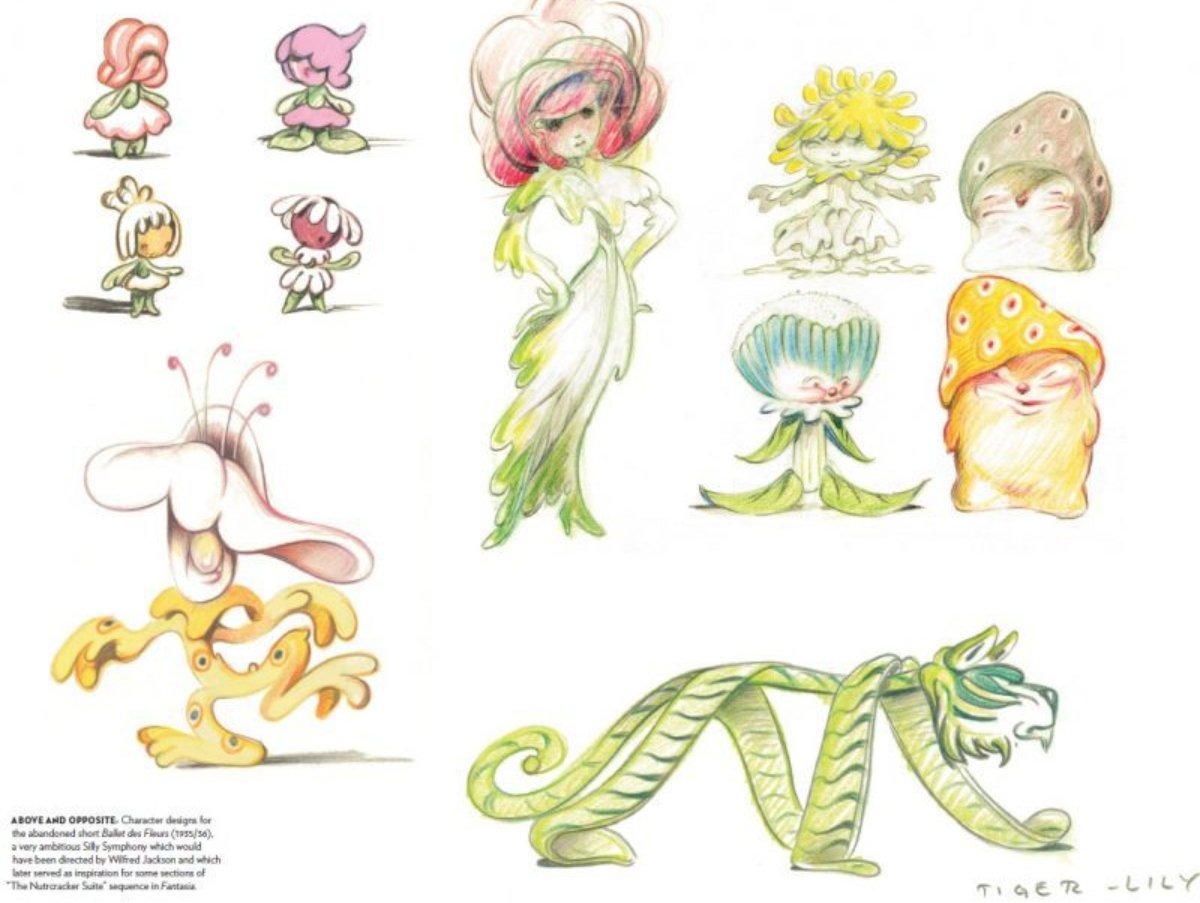 He was lucky, and for the next three-and-a-half years the header of his usual weekly $100 cheque was Disney Studios, in return for, among other things, “The Cookie Carnival”, based on the story of Cinderella, and “The Band Concert” starring Mickey Mouse, but he also worked on seventeen other “Mickey Mouse” episodes, twenty “Silly Symphonies” and even “Snow White and the Seven Dwarfs”: He drew the character sketches and clay models of the dwarfs, but also some of the backgrounds, inspired by the work of Gustave Doré and his wartime experiences.

However, there was a downside to a promising career, as his name was never really known, thanks to the fact that he was never once mentioned in the credits. Ferdinand Horváth Huszti never worked directly for the screen: he mostly drew positive or negative characters and sets, which his colleagues later made more and more palatable to the public with the company’s increasingly crystallized stylistic features.

The feeling of being overlooked, mixed with appreciation, grew stronger and stronger in the Hungarian artist, who was finally worn down by this and by the excessive workload: in June 1937, during the busiest period of the “Snow White” project, Disney himself asked him to do the illustrations for a book that was to be the introduction to the film, which required more and more overtime.

On 20 October, two months before the film was due to be released, the head of the company asked him to produce a comic booklet to be used as promotional material, but this was never produced: when he learned that his name would not appear on the screen at the end of the film, he decided to quit.

He parted with Walt Disney in anger, but his tone softened in the months that followed, and after the premiere, a short telegram was sent to the Los Angeles studio: „Congratulations, despite what happened. Fred Horváth.”

Horváth played a key role in Disney‘s sudden rise to popularity in the 1930s, and without him, many of the classics would be very different today.