295
VIEWS
Share on FacebookShare on TwitterShare on LinkedIn
ADVERTISEMENT

‘Tis the season when most of us gather around to watch our yearly re-runs of It’s A Wonderful Life or Home Alone. After all, Christmas movies have become as much of a Yuletide tradition as decorating the Christmas tree or giving presents. The contagious joy of the season can cheer up any old grinch out there, as long as there’s a good movie to watch, that is.

Adapting classics like Charles Dickens’s “A Christmas Carol” are almost always a sure way to make a great holiday film – but what happens to those less fortunate cinematic mishaps? We’re talking about the movie equivalent of getting a nasty chunk of coal for Christmas.

In the spirit of good old Saint Nick’s list, we’ve made a list with what critics consider to be the most disappointing Yuletide films ever made. Sit back, relax, and wait for Santa Claus as you avoid watching these 10 terrible Christmas flicks. 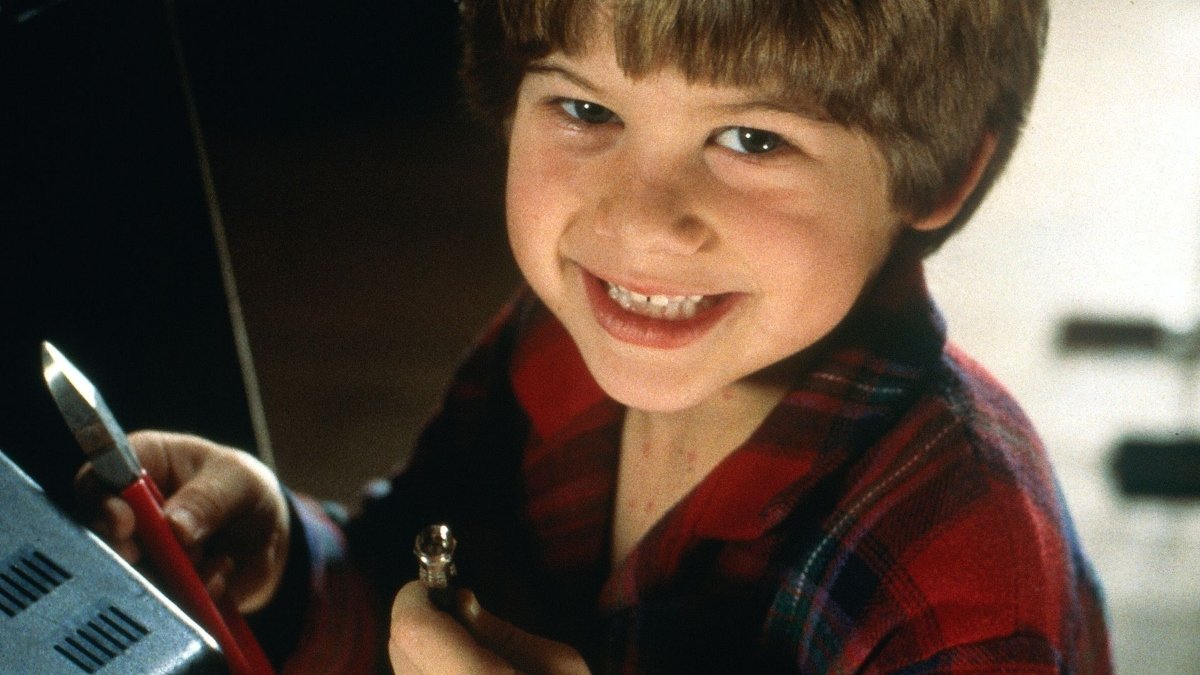 At the beginning of our Naughty List, we have the third entry in the classic Home Alone series. Fans of the franchise, and most people with taste, will tell you that there are only two Home Alone movies: those people have yet to meet the horrors of the series “extended universe.”

This is the first movie in the series that doesn’t have Macaulay Culkin in the starring role, unfortunately losing much of the charm of the originals with the new cast. In the producers’ defense, there’s only so much you can do with the Home Alone idea before Kevin McCallister gets thrown in a witness protection program for targeted harassment.

1998’s “I’ll Be Home for Christmas” is not offensively bad – like some of the other entries in our list – it just lacks an engaging plot or the Christmas cheer needed to justify its existence.

The movie follows a college student who’s convinced that he’s getting a free Porsche if he makes it to New York City, but is dumped in the middle of the desert with a Santa suit on and no ID instead.

The idea doesn’t sound half bad, and the cast features some stars like Jessica Biel and Gary Cole to spice the affair, but they’re not enough to make “I’ll Be Home for Christmas” even remotely appealing for the younger audiences it aims for.

Talk about an amusing word salad. 1964’s “Santa Claus Conquers the Martians” has become somewhat of a cult hit in recent years, thanks in part to its outlandish name, baffling plot, and “so-bad-it’s-good” B-movie charm.

The movie is about, well, Santa Claus and the Martians. Worried that their kids are watching too much earthling TV, the King and Queen of the Martians kidnap Saint Nick to see what all the fuzz about him is about.

Fun fact: this movie marks the first documented appearance of Mrs. Claus in a motion picture. It’s also the first time Santa has been to Mars according to Christmas canon, so there’s that too. 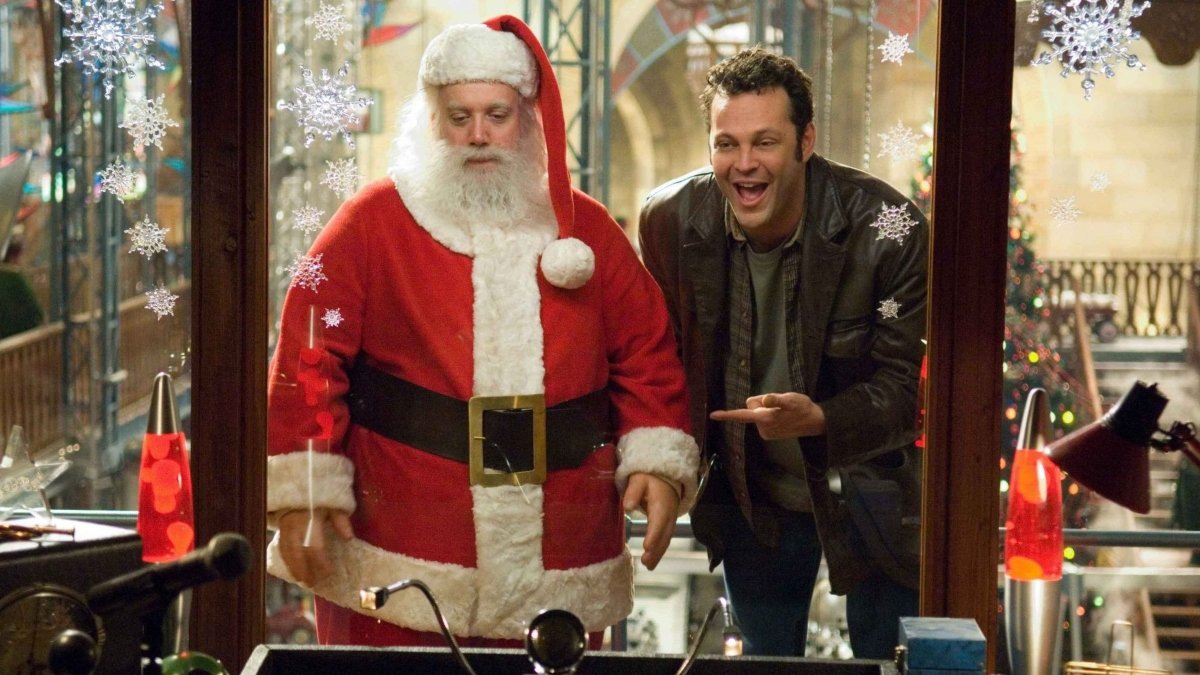 From so-bad-it’s-good to just plain bad, “Fred Claus” struggles to find its footing in a genre that’s all about spreading the cheer of the season. Christmas movies usually come in one of two flavors: wacky comedies about the holiday season or heartfelt stories of family and goodwill.

Fred Claus tries to do both and falls flat on its face for doing so. There’s a reason why the sentimental moments of Christmas Vacation are so brief: they are a sigh of relief amid the Griswold’s chaos.

In the end, this is a movie that wastes its acting talents with a story that never does much with its ideas and relies a little too much on its sentimentalism.

There’s no easy way around it: Tyler Perry has made an empire of producing cheap, easy-to-make movies that are the cinematic equivalent of fast-food fries. They’re done quick, make a good buck, and they’re forgotten until the next release comes around.

“A Madea Christmas” is no exception. Featuring Perry’s world-renowned Madea character, this is a comedy that seems expertly designed to don’t make you laugh. Make of that what you will. 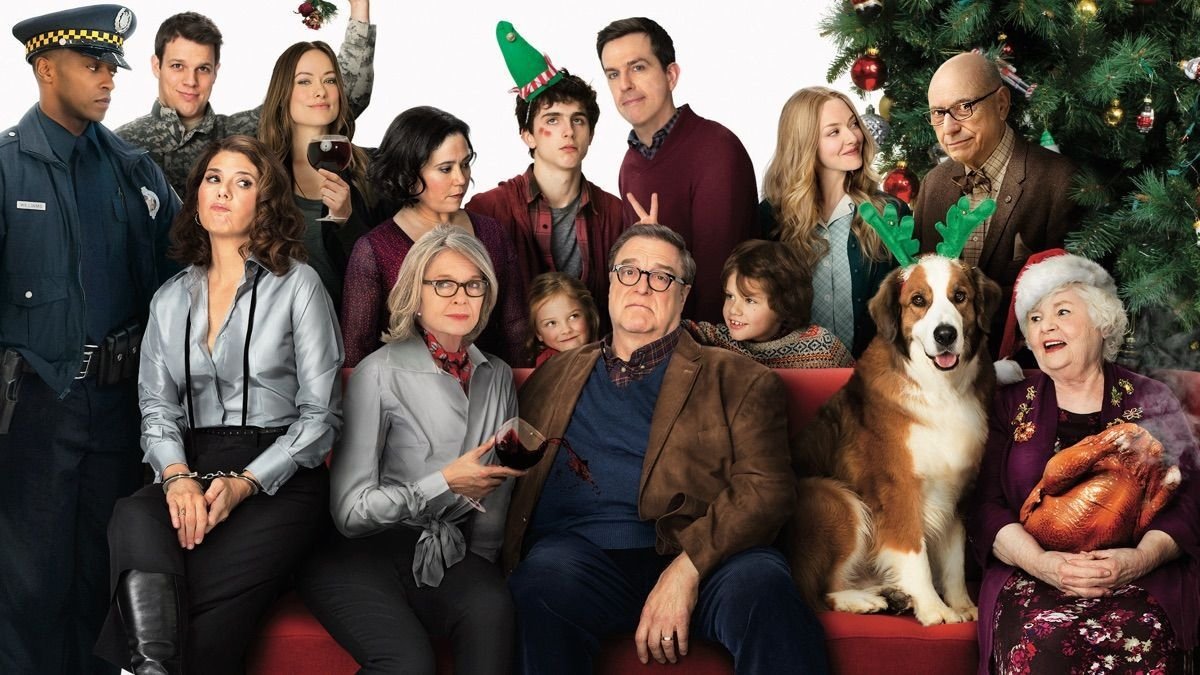 The most recent entry in our list is 2015’s “Love the Coopers”, a film that manages to bring together the acting talents of Timotheé Chalamet, John Goodman, Marisa Tomei, others, and does absolutely nothing with them.

One of the reasons why the movie performed so poorly at the box office has to do with its overreliance on bittersweetness. Even if you have some of the world’s greatest actors under the same roof, there’s nothing you can do if you give them a script that’s as melodramatic as the one for “Love the Coopers”.

Speaking of disappointing third entries in beloved Christmas franchises, “The Santa Clause 3: The Escape Clause” takes a movie that was so beloved for its “realistic” take on the Santa Claus bureaucracy and turns it into a slapstick cartoon that barely resembles the work it’s based on.

The movie wasn’t well-received by either fans or critics, and became one of the main contenders for the 2006 Razzies, losing to Robin Williams’ RV in the “Worst Excuse for Family Entertainment” category. Ouch. 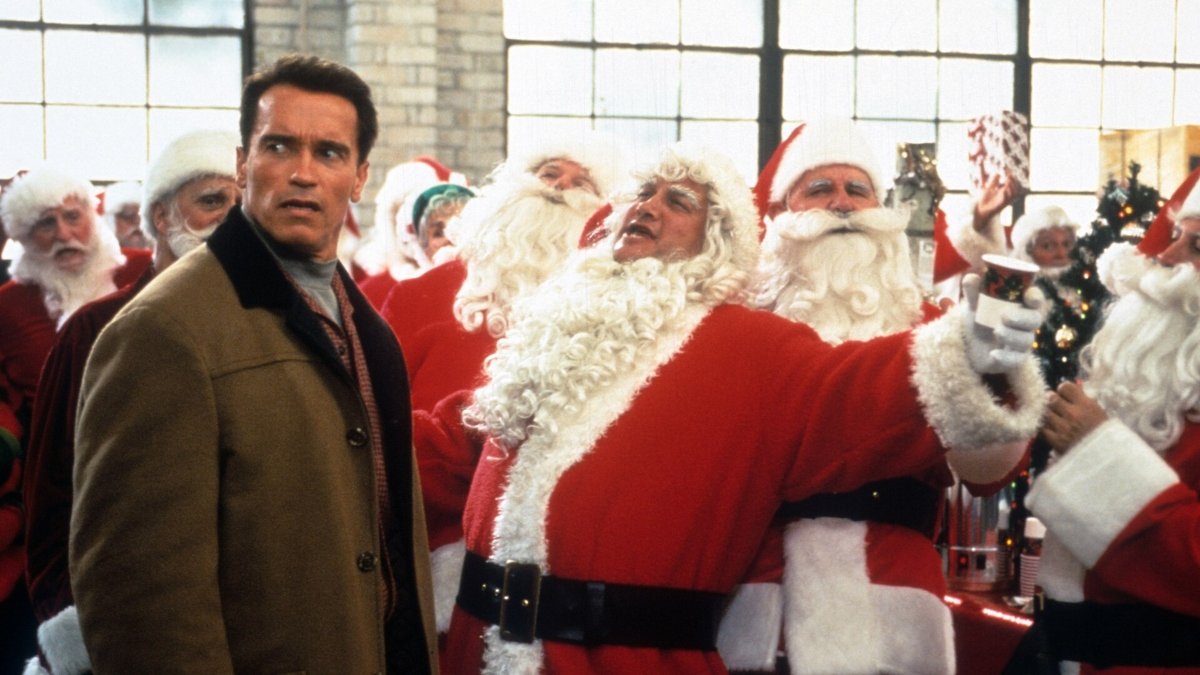 Arnold Schwarzenegger’s transition from an action star into a family-friendly comedian is one of the most outlandish moments in cinema history. “Jingle All The Way” is not a terrible movie, it’s just that Schwarzenegger’s role as a slapstick hero seems out of place in this particular film.

It also doesn’t help that the movie’s tone is all over the place. At times, it seems like the flick is going to be about the things that matter most during Christmastime; then, out of the blue, a policeman is hit with a bomb that seems to have come straight out of the Looney Tunes. 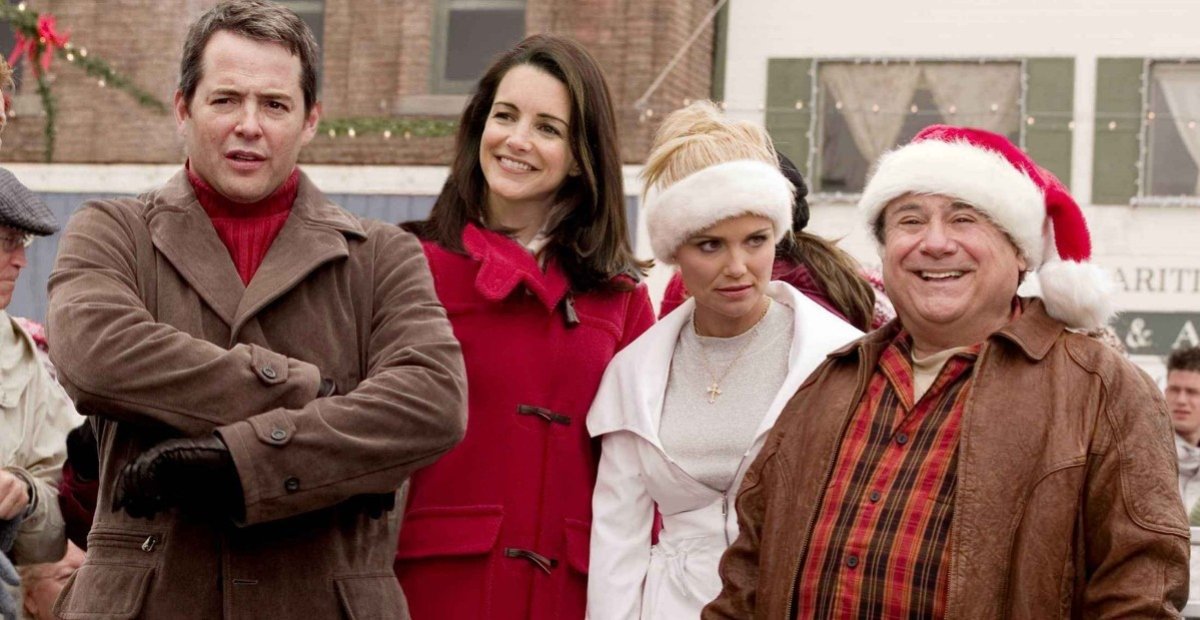 No matter if your movie is a comedy or a sentimental joyride, the only thing you should never be for Christmas is mean-spirited. It seems like the producers behind “Deck the Halls” didn’t get that memo, though.

Starring Danny DeVito and Matthew Broderick, “Deck the Halls” humor falls flat at every step of the way – not to mention that Broderick’s character might be one of the most obnoxious ones we’ve ever seen in a Christmas film. 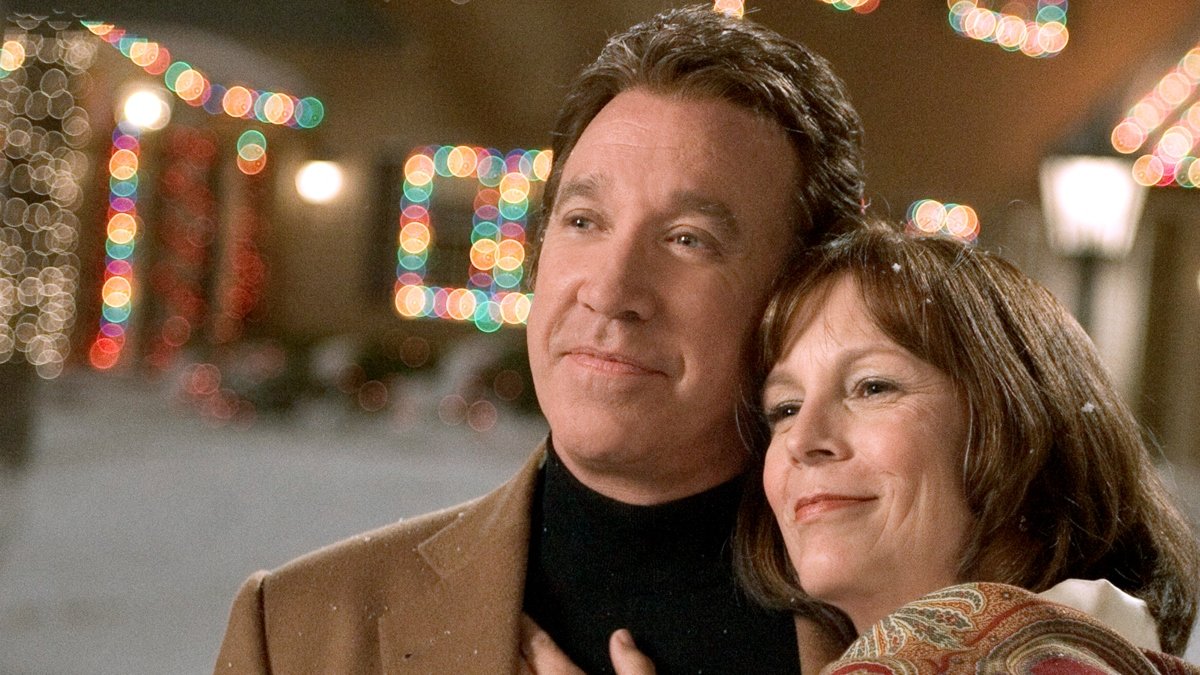 For some reason, Tim Allen went through a face where it seemed like he was the de facto actor to play someone who doesn’t enjoy the Christmas season. First The Santa Clause and now the awful “Christmas with the Kranks”, one might think that Allen is more of a Halloween kind of guy.

The movie follows a couple who’s happy to finally find time to spend the holidays by themselves. This outrageous idea is suddenly challenged by almost every member of the couple’s family and their friends.

In the end, “Christmas with the Kranks” is a movie about conforming to your surroundings, deciding that Christmas should be a time for resignation rather than celebration. Don’t be like the Kranks: have a very merry Christmas, and enjoy the holidays as much as you can!