Q Score of Gábor Csupó Skyrockets due to Week-long Accolades

Q Score of Gábor Csupó Skyrockets due to Week-long Accolades

207
VIEWS
Share on FacebookShare on TwitterShare on LinkedIn
ADVERTISEMENT

Gábor Csupó turned 70 and had good reason for a week full of celebration. The 5-time Hungarian-American Emmy-winner animator, director and producer debuted his biography and received his new title as honorary professor at MOME, the Knight’s Cross of the Hungarian Order of Merit, and the Hungarian Hollywood Council’s Adolph Zukor Award, all in a week’s worth. Between the events of the week, the cream of the crop of the Hungarian/Hungarian-American film industries were in attendance, commemorating the achievements of the filmmaker.

Gábor Csupó’s life is a real Hollywood story fit for the big screen; he is one of the biggest Hungarian filmmakers of all time. Born in Hungary to Jewish parents, Csupó began his career in animation in 1971 at the state-financed Pannónia Filmstúdió. Four years later, he emigrated to the West with some friends in search of creative freedom and better career opportunities. After spending some time in Sweden, his path led him to Los Angeles, where he started the successful Klasky Csupo Animation Studio with his wife, Arlene Klasky.

His latest piece of the puzzle is his biography entitled ”Csupó Gábor – A Pannónia Stúdiótól a Hollywoodi Csillagig” that was revealed last week at Moholy-Nagy University of Art and Design Budapest, following a solemn handing over of his new title as honorary professor at the institution. The event saw many of Csupó’s friends in attendance whom he crossed paths with throughout his career, and finished with a Q & A about the book, as well as a celebratory cake cutting and reception.

Two days later, on his 70th birthday, Csupó received the Knight’s Cross of the Hungarian Order of Merit from Zsolt Semjén, Deputy Prime Minister of Hungary, in a ceremonial setting. Celebrations continued in the evening, when his longtime friend Gábor Kálomista, managing director of Thália Színház (Thalia Drama Theater), threw him a joint birthday party and book premier at the theater. 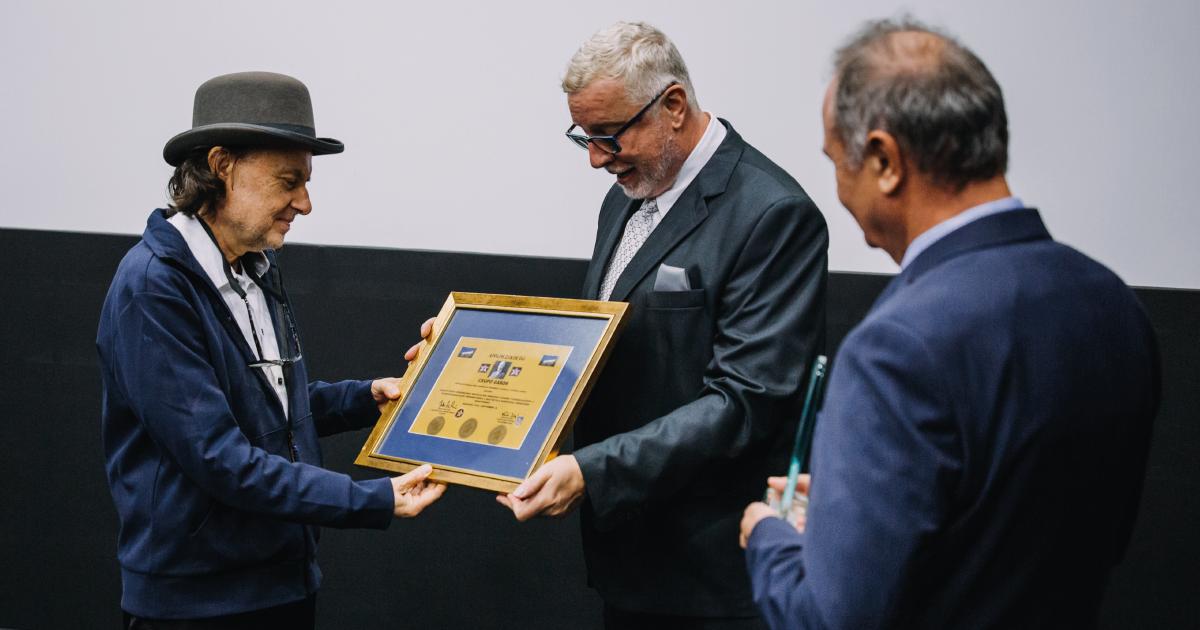 Capping the week off was the festive award ceremony and luncheon hosted at Origo Studios, the ”Hollywood of Europe.” Horváthné dr. Márta Fekszi, CEO of Origo Film Group, greeted the guests and expressed her joy that Csupó included the Studio in his birthday celebration. Balázs Bokor, President of the Hungarian Hollywood Council, spoke about Csupó’s long career and achievements, and ceremoniously handed him the Council’s flagship Adolph Zukor Award. The award is given to those public personalities who have achieved success in film or other areas of the arts, strengthening the legacy and preserving the memory of Hungarians in Hollywood. Bokor also thanked him for being a member of the Council’s presidency and for all his support from the moment the organization was founded.

Among the distinguished guests were Joe Walker, British film editor who received an Academy Award for his work on ”Dune”, Jonas Stewart, Counselor for Public Affairs at the Embassy of the United States of America in Budapest, Ildikó Kemény, Managing Director of Pioneer Pictures, Katalin Bogyay, former UN Ambassador of Hungary, István Vécsi, Mayor of the town of Ricse, where Adolph Zukor the founder of Paramount Pictures hails from, and Gábor Piroch, legendary Hungarian stuntman.

In his acceptance speech, Csupó thanked the Council for the award and highlighted what an honor it is to follow in the footsteps of iconic Hollywood pioneers. He also cheerfully promised that his work is far from being over. ”These 70 years were just the beginning, my debut album, if you will. Now it’s time for the next 70-80 years of my life because this is a double LP! So let the fun begin and let’s go eat!”