Places in Budapest where you can bump into stars

Places in Budapest where you can bump into stars

191
VIEWS
Share on FacebookShare on TwitterShare on LinkedIn
ADVERTISEMENT

Want to meet a Hollywood star? Check out these Budapest locations and if you’re lucky, you might even get a picture with your favorite.

Time to accept the fact: Hungary has become a movie superpower. Every year – luckily – we get a plethora of film shoots. Prestigious Hollywood productions, accompanied by world-famous stars, sometimes spend months in our country. During this time, many of them have a little time to taste the delicious Hungarian cuisine and have a look around.

And what is the dream of the fans? Of course, to run into their favorites. But where can you meet these stars who are considered almost gods? Budapest is full of places where it’s easy enough to meet the stars, and we’ve listed them here.

The famous avenue is the architectural highlight of the era that turned Budapest into a world city. A World Heritage Site since 2002, it links the dynamic city center with the greenery of the City Park and boasts neo-Renaissance, neo-Baroque, neoclassical, Art Nouveau, and Romantic buildings. 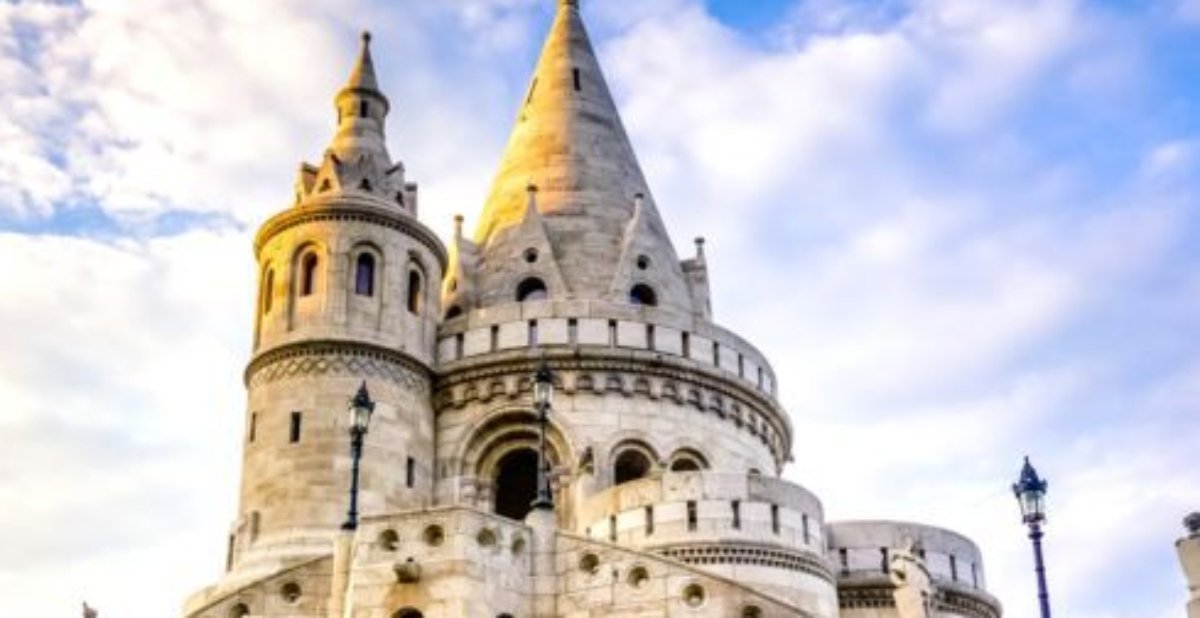 This monument in the Buda Castle is also a major tourist destination, thanks to its historical and architectural aspects, as well as its magnificent view of the Danube. The neo-Romanesque ensemble owes its name to the fact that this part of the castle wall was once protected by a fishermen’s guild. 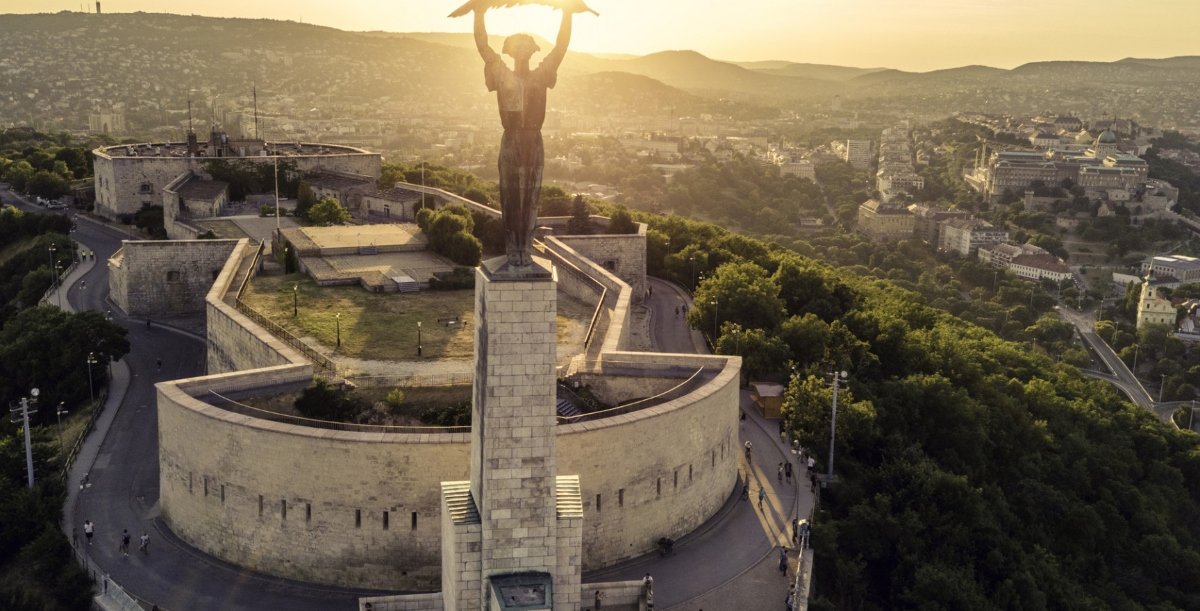 The hill dominating the cityscape of Budapest rises 235 meters high on the right bank of the Danube. The World Heritage site is the most beautiful natural wonder in the capital, offering an unforgettable view from below as well as from the heights above when travelers look down on the city. Popular sights include the Rock Church, the Citadel, the Statue of Liberty, the statue of St Gellért, and the Great Waterfall. 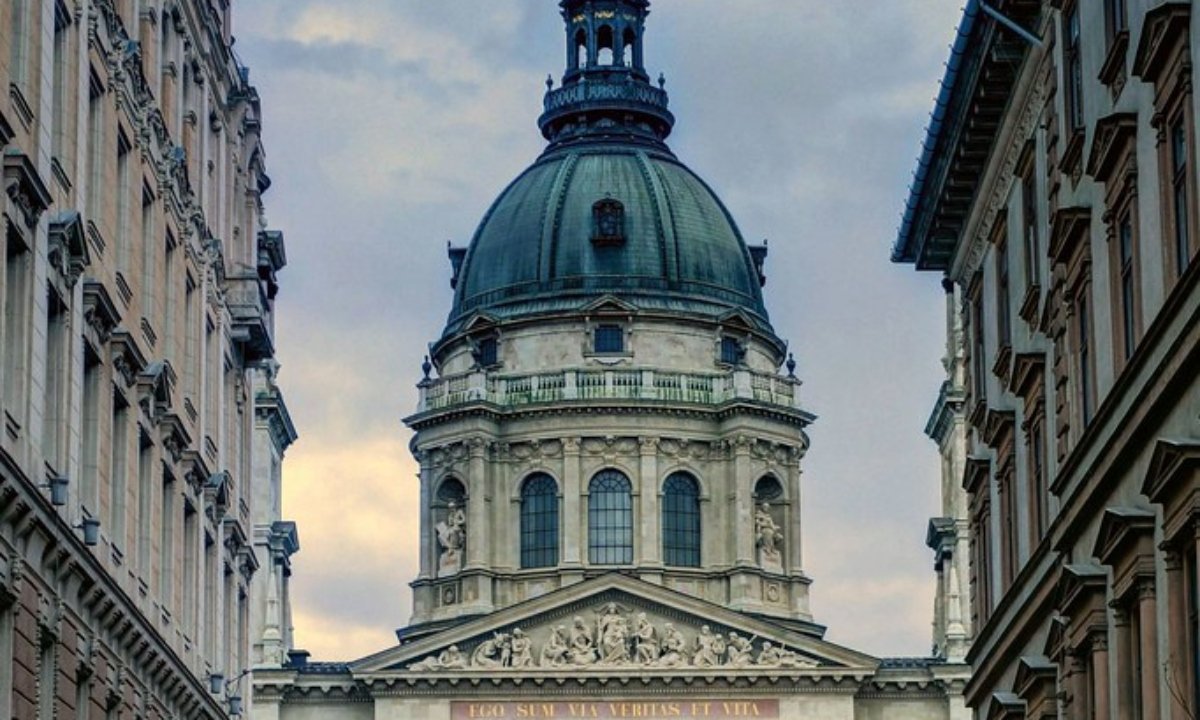 The monumental basilica is one of the most important ecclesiastical buildings in Budapest and the country. The intact right hand of St Stephen is preserved in the 19th-century church, which has an unforgettable view of the city from its dome and a square in front of it that is home to several restaurants and bars.

Also known as the capital’s green oasis, the island is a separate part of Budapest, offering a wide range of attractions and proximity to nature. Among its most popular attractions are the water tower, the musical fountain, the Dominican ruins, and the Japanese garden, but there is also a wide range of sports facilities. 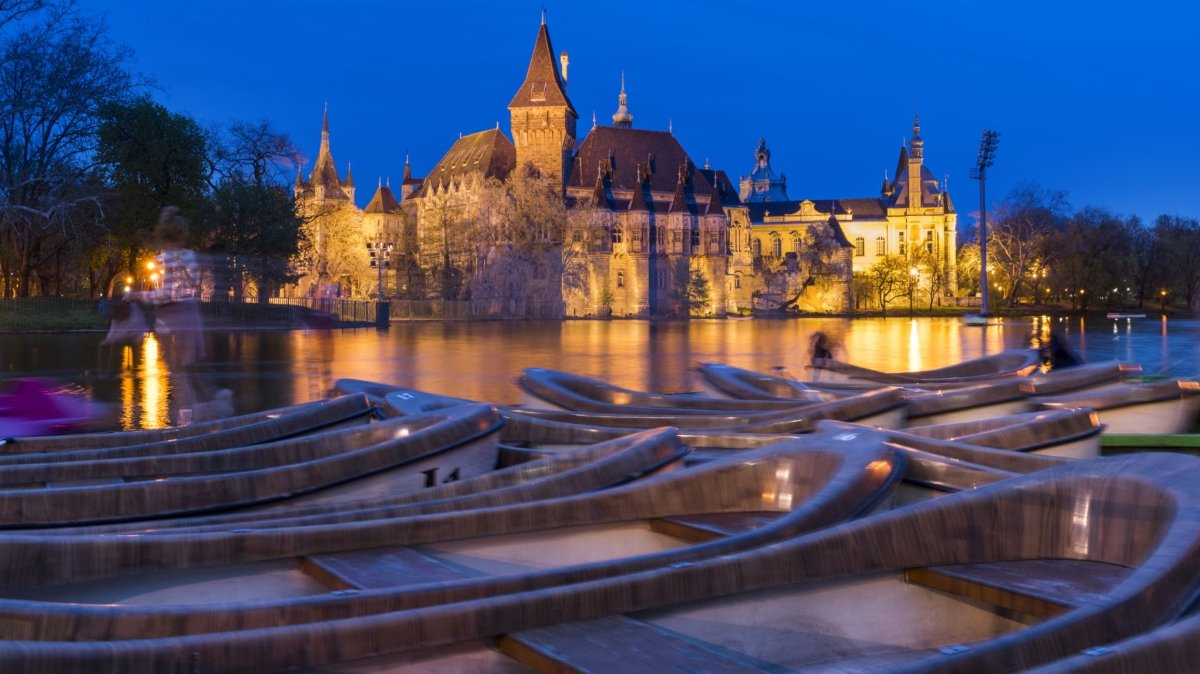 Budapest‘s second-largest public park, the huge grove is famous for being the world’s first public park open to all. The Heroes’ Square, the Vajdahunyad Castle, the Zoo, the Ice Rink, and numerous museums make it a nationally renowned cultural and recreational center.

Today one of Budapest‘s most important cultural and tourist centers, the complex once served as a royal palace and flourished during the reign of Mátyás Hunyadi. It is also home to the National Széchenyi Library, the Hungarian National Gallery, and the Budapest History Museum. 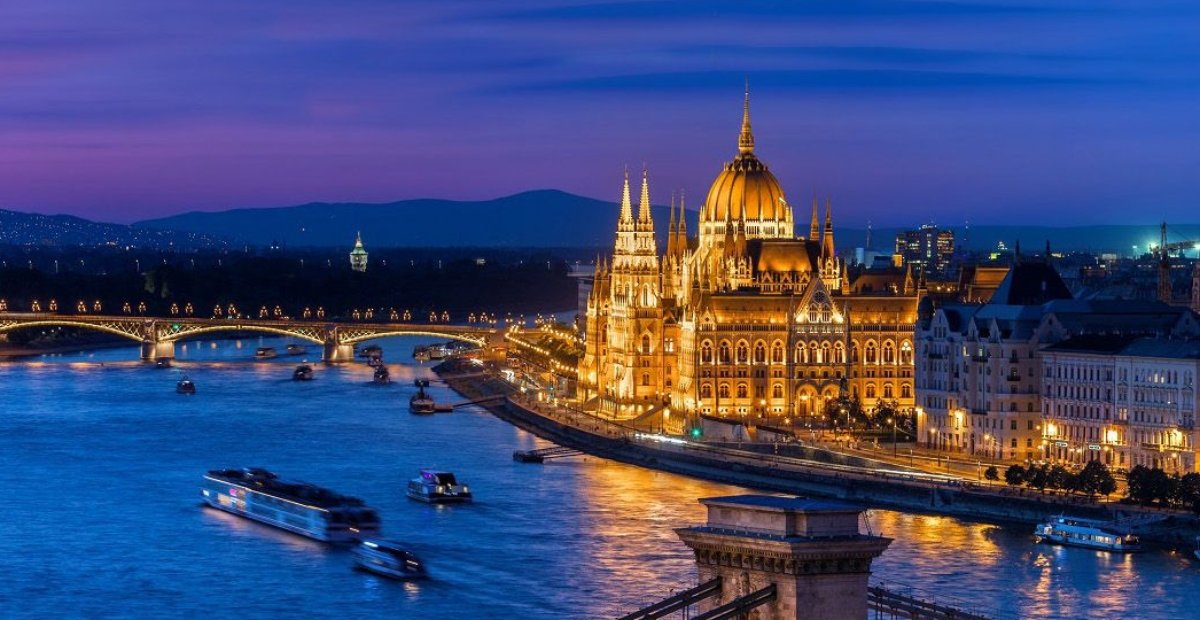 One of the most famous public buildings in Budapest, the building designed by Imre Steindl is one of the 100 wonders of the world and the country’s most popular tourist attraction and symbol for travelers. The parliament, which is eclectic in its historicism, was built between 1885 and 1904 in Baroque style but is neo-Gothic in detail. 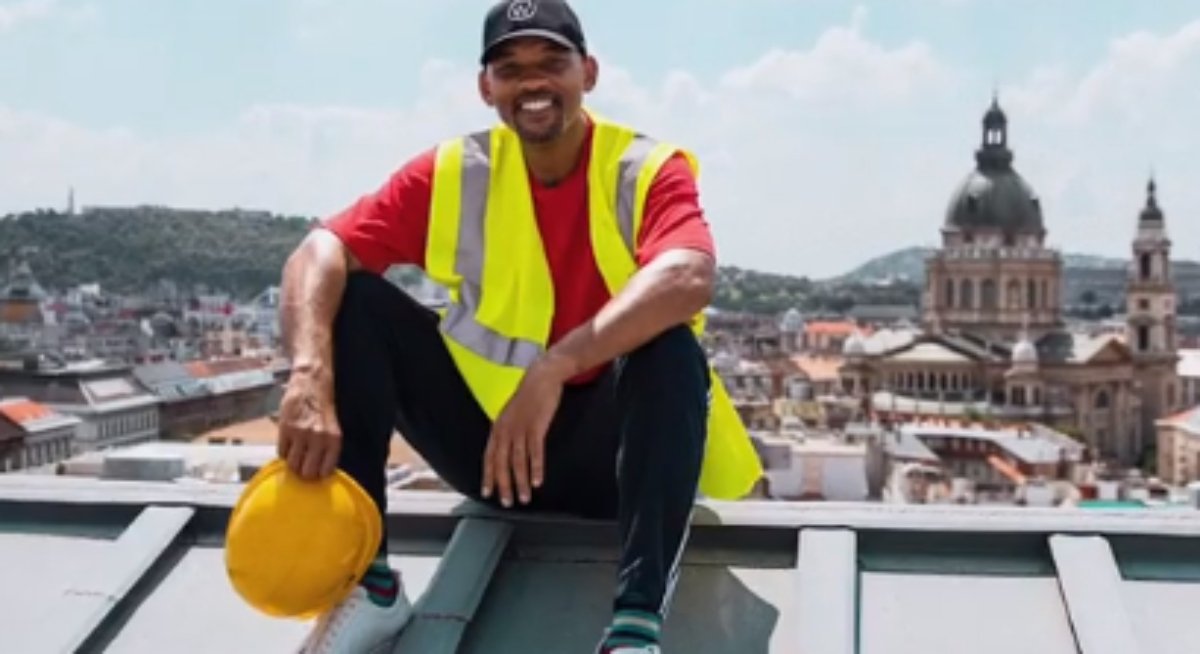 Of course, this is only a small part of the possible locations. With so many bridges in Budapest – including the Chain Bridge, on top of which Will Smith danced – you need to keep an open eye on the bridges too.

Will Smith first visited Hungary in 2018 and fell in love with Budapest. At the time, the actor described the city as a little jewel box, where the interplay of historical sites and modern architecture works very well.

Speaking of the Chain Bridge, Anthony Hopkins should be mentioned. “It’s a wonderful city. I remember arriving on the evening of May 22, staying at the Four Seasons. It was raining, but I couldn’t resist walking across the Chain Bridge to the Buda side. Early the next morning I went to see St. Stephen’s Basilica.

I like to walk and explore on my own, but I was so impressed with the Basilica that when I went back for breakfast, I told my wife we had to see it together. I often thought that Budapest was the most beautiful place I had ever been.” – said the two-time Oscar-winning actor in 2011. 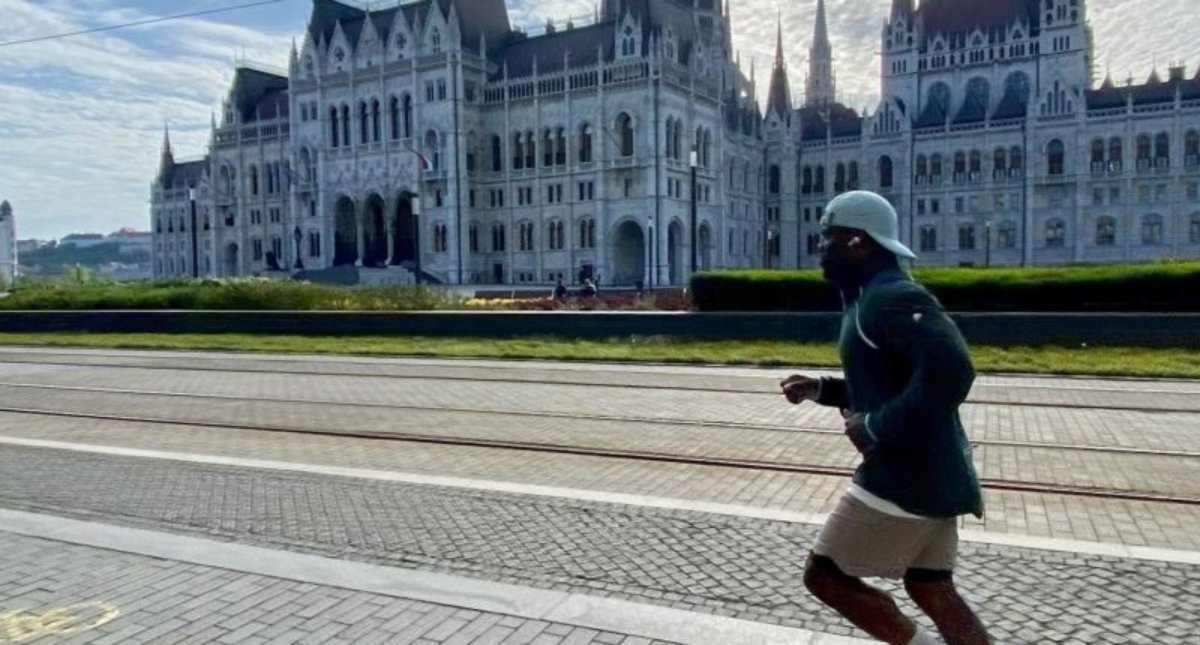 Kevin Hart was reading in front of the Parliament and running around. Oscar Isaac and Ethan Hawke were spotted exercising on Margaret Island and both turned up at a confectionery in Balatonfüred. 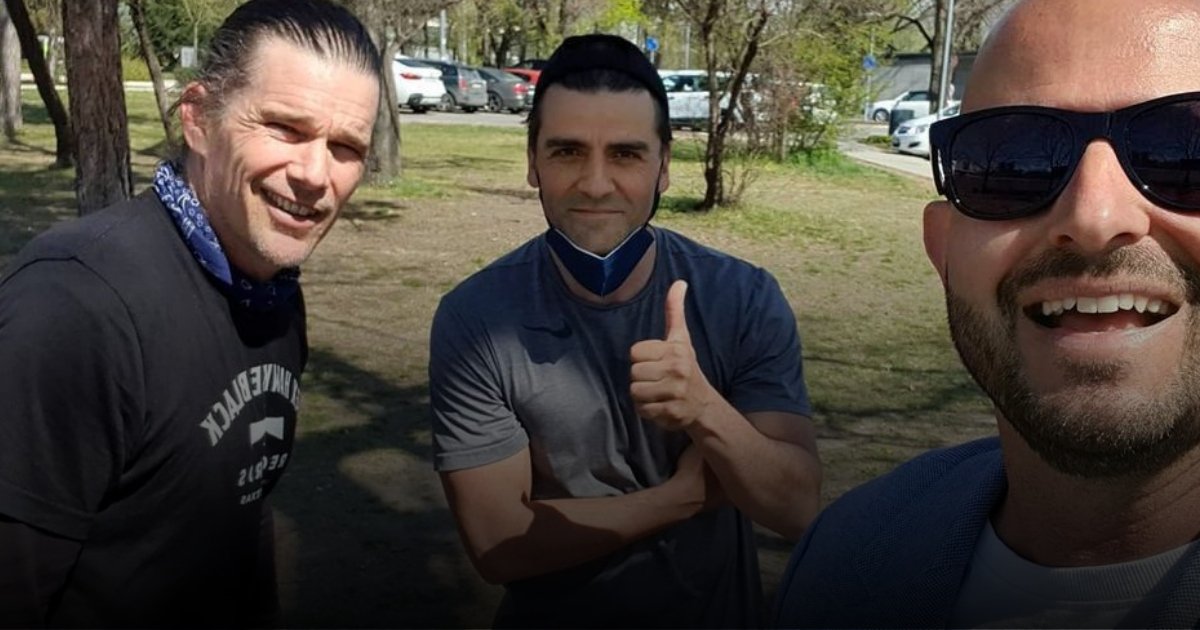 Jamie Lee Curtis was at the synagogue on Dohány Street, and Timothée Chalamet and Dennis Villeneuve were seen having a coffee on Váci Street. 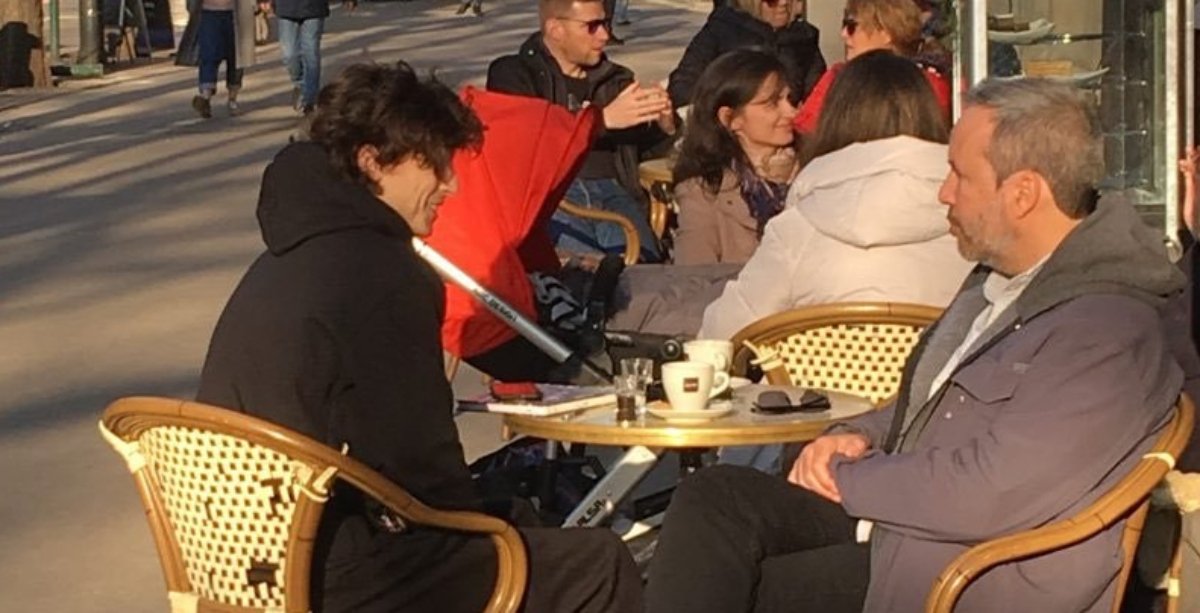 Timothée was photographed by several fans, who said she was super friendly with everyone.

Jason Momoa was most often seen at St. Stephen’s Basilica, but he posted a lot of Budapest on his Instagram page while he was here. He posted videos of St. Stephen’s Basilica, the Parliament, and then enjoyed a brown beer in a pub. He also went to an Al Di Meola concert at MOMKult with Oscar Isaac and played guitar with the legendary musician after the concert. 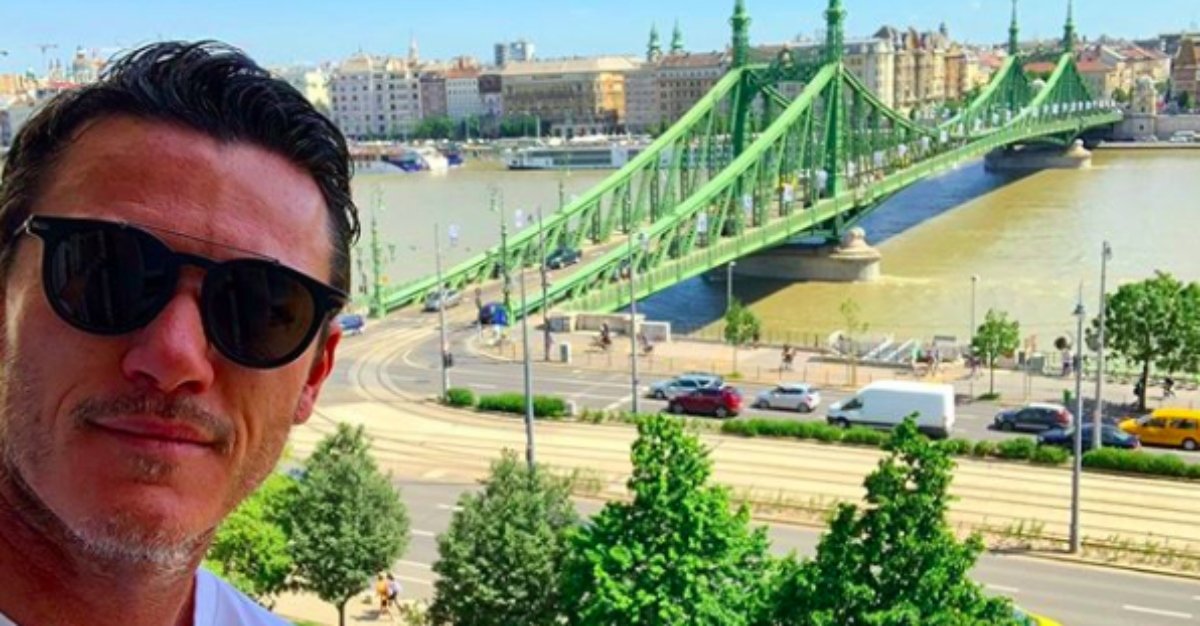 Luke Evans has been to Hungary several times. He went to see the movie “Joker” at the Corvin cinema, where a photo was taken with him. During his stay, he filmed the fountain of the University Square, exercised outdoors, and was seen not only in Budapest but also at the Platan restaurant in Tata and Lake Balaton. 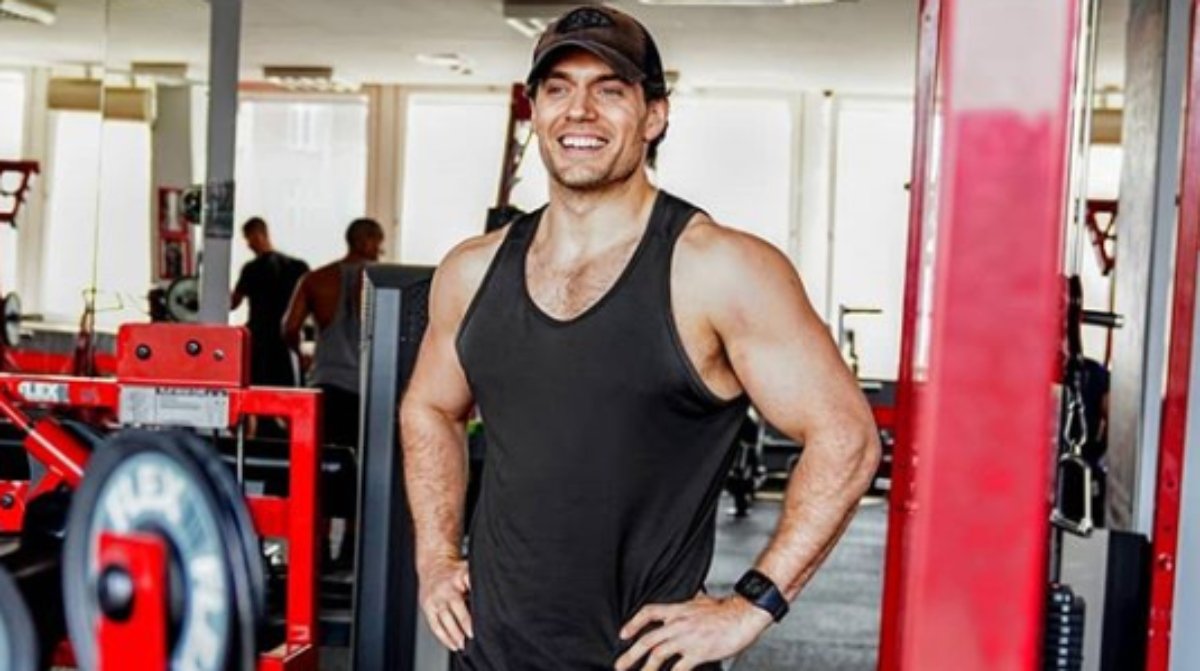 When world stars want to work out, they usually visit Flex Gym. Ádám Szedlacskó‘s gym has hosted many Hollywood celebrities, from Henry Cavill through Arnold Schwarzenegger to The Rock.

It’s worth keeping an open mind when you’re out on the town and social media because it’s easy to find yourself just a few tram stops away from your favorite stars. There will certainly be more opportunities to meet stars in the Hungarian capital, as the MTV EMA Awards will be held in Hungary in 2021, alongside the constant stream of American productions, and the city will be filled not only with actors but also with performers.