Milla Jovovich praised Budapest to the skies when asked about her time there and speaks in Hungarian in her new commercial.

Milla Jovovich is probably the most original, least clichéd actress – and supermodel – of the last quarter-century. The star, who has a rather difficult identity to untangle, was interviewed by Roadster magazine on the occasion of her recent whisky commercial, where she praised Budapest to the skies. Good to read the diva’s words of praise.

So who is Milla Jovovich?

Born 46 years ago in Kiev, now the capital of Ukraine, daughter of a Serbian doctor named Bogdan Jovovich and a Soviet-Russian actress named Galina Loginova, she spent her childhood in Moscow, her mother’s hometown, and was born in Kiev ‘by accident’ as she put it, because the family was staying there. Then, when Milla was five, the family emigrated to London, later moving on to Sacramento and then Los Angeles.

She was first a Soviet citizen, then Russian, and since 1994 she has been an American citizen. Oh, and it’s worth noting that on her father’s side, she is a descendant of the Vasojevic clan in Montenegro. This clan is said by historians to be descended from mountain Albanians, perhaps the origin of Milla‘s feisty genes, as she has starred in many action movies in her 30-plus year film career (she burst onto the scene at the age of fifteen with the otherwise very mediocre “Return to the Blue Lagoon”).

Of course, in addition to her period pieces (“The Fifth Element”, “Joan of Arc”), she also does commercials, including the latest Johnny Walker commercial, directed by her third husband, who is also the father of her three kids, Paul W. S. Anderson.

The spot is in line with the brand’s slogan (Less talking, keep walking) and reflects Jovovich‘s dynamic personality.

In an interview with Roadster magazine, the actress admitted that she is less concerned about traveling nowadays, because she has traveled enough in her life during the many shoots she has done, and nowadays the fun is staying at home with her husband and their three children.

“To be honest, I don’t like to travel nowadays, and that’s obviously because I’ve traveled a lot in my life for my job. The most fun I have these days is being at home. I have three children and that has made travel very difficult, there are just so many of us. When it was just my husband and me, everything was super easy, we’d just grab ourselves and go somewhere, like Mexico, or just do something cool for the weekend. It doesn’t work like that anymore. With three kids, there’s no spontaneity, you have to organize everything in advance,” she says. 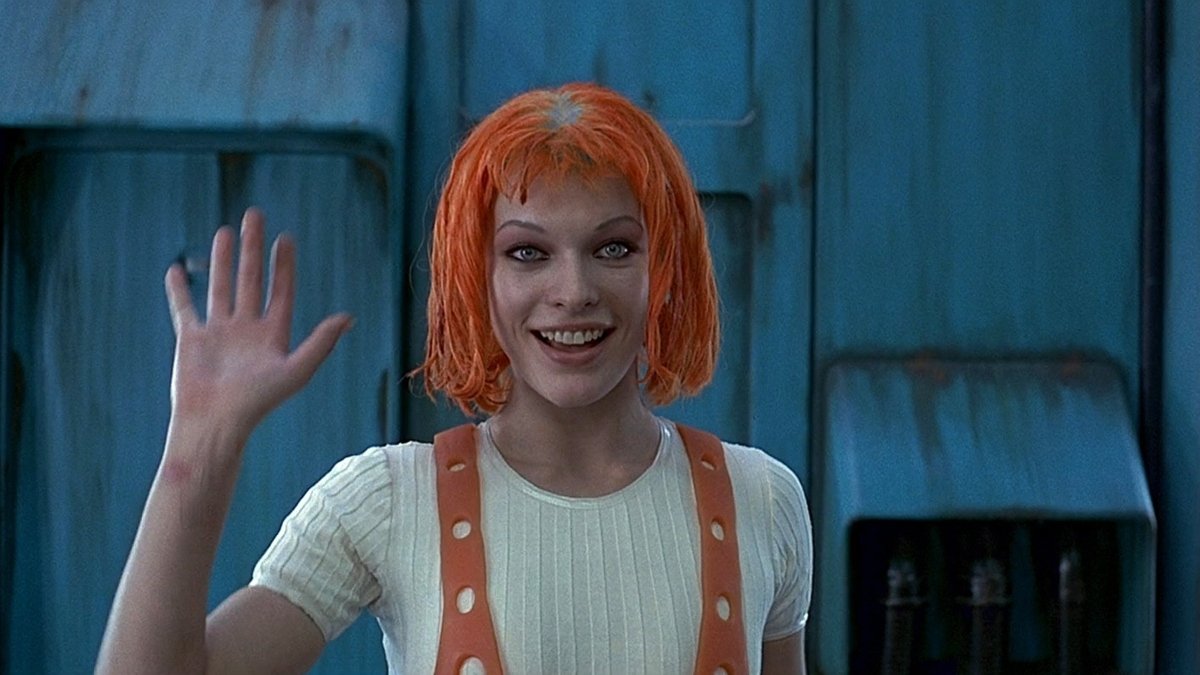 Her emblematic film, “The Fifth Element”, directed by Luc Besson (later her second husband), would be 25 years old this year. On this occasion, she was asked what she would do differently if she were 22 again, as she was when she made the film with Bruce Willis.

“I’d be much more relaxed, I’d enjoy life, I’d be more attentive to the people around me instead of obsessing about my dramas,” she said, although she never seemed too uptight, introspective…

Jovovich also talked about the forced closures caused by the epidemic. Interestingly, the lockdown has almost come in handy to her.

“We had our third child just as the pandemic hit, so I’ve been able to spend a lot of time at home with the baby, which is great. Not so much that the two older kids couldn’t go to school, couldn’t be with their friends,” she says.

The actress was asked what she thought of our capital. Her answer was succinct: fantastic. But she also said:

“I found Budapest simply amazing and I would like to point out that I have worked in many places around the world. It’s lovely, civilized, the food is wonderful, the people are charming, it’s a real cosmopolitan city. The atmosphere seemed light and it gave me the impression of a happy city. I have worked in several cities in Eastern Europe that seemed very dark in the emotional sense of the word.

It seemed to me that the city was profiting from the thriving film industry, and that part of the revenue was being used to develop and create the right conditions for cosmopolitan people. The hotels are stunning, the restaurants are fantastic, you get the feeling you are in an amazing city. I’d be happy to shoot in Budapest again! There are times when I hear about the next city we’re going to work in and I know that there’s nothing in that city. But Budapest is an experience!”