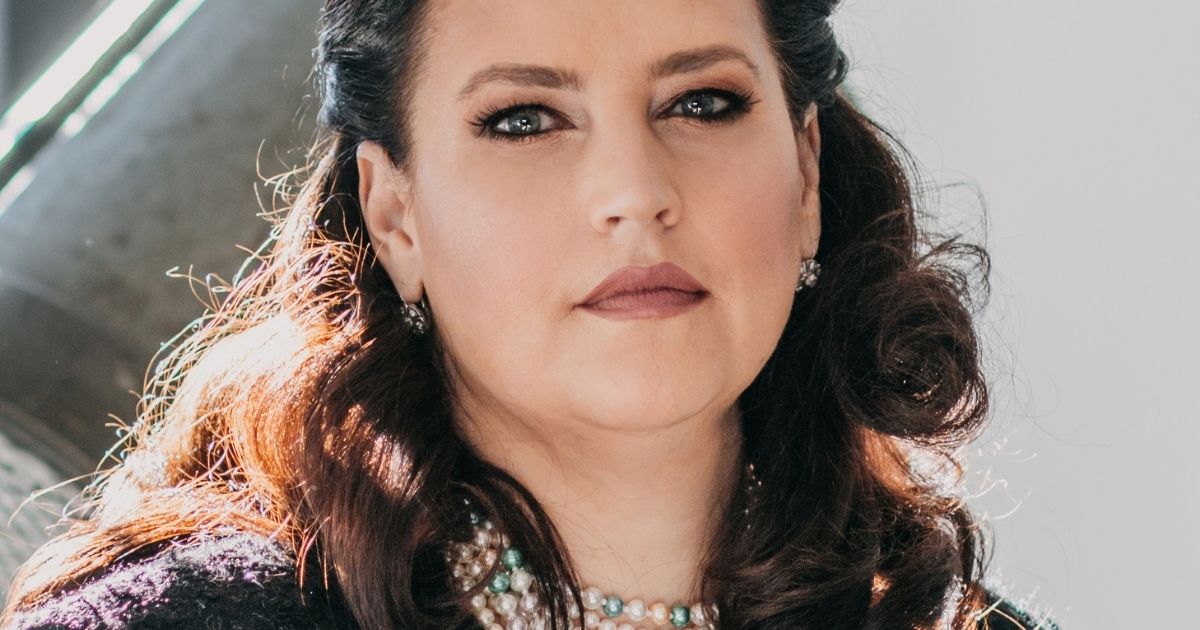 She leads a family company, which wasn’t easy at the beginning. She’s working in the male-dominated field of camera and lighting rental business, and after overcoming the initial difficulties, she’s now effortlessly dealing with everyday challenges. This is the second part of the interview with producer Judit Romwalter, head of the company SPARKS Camera & Lighting Ltd.

You can read the first part here.

Budapest Reporter: What’s your work like as a producer?

Judit Romwalter: I’ve been contacted many times over the years about different projects. I’ve refused some of them since I’ve felt that I’m not ready yet to participate in them as an executive producer. For a long time, I thought that it would be impossible for me to fulfil two roles; that of a producer and that of the CEO of a rental company. Since last March, I took many webinars and did studied the subject a lot.

Normally, I would not have been able to do these professional trainings since they would require for me to spend many weeks abroad. Since January, I’m undertaking this American one, I usually finish between 3 to 7 in the morning. It’s a 10-week program for producers, provided by UCLA. So I continuously try to further educate myself, just like I do when it comes to the rental business, ever since it became my job.

I come from a different field of the industry, I didn’t attend a film school, but a business one, and I also have an MBA (Master of Business Administration) degree from 2002 which I received from the Budapest University of Technology and Economics. At the beginning, I used the thing I’ve learned there to get by in the film industry. I think that my 25 years of experience in the back office and at providing technical background allows me to have a unique point of view when it comes to problem-solving and helps me at different stages of the filmmaking process as well as my job as a producer.

Bpr: Have you ever felt disadvantaged as a woman in this field? What’s the work relationship between you and your father?

J.R.: It was tough to prevail, and not just because I’m a woman, but also because I work with my father. Not to mention, I was quite young, when I started to work in the company. But they will treat you equally if you know what you’re doing and you’re able to answer technical questions. For example, if you can provide valuable advice for a cinematographer ‘s next movie.

For a long time, it was hard for me to prove people that I’m not only “Daddy’s little girl”, who unfairly received the position she’s in, but someone, who’s genuinely interested in the craft, constantly learning and is generally well-versed in it. Working with men is still difficult though when it comes to the technical side of things. My job is a high-stress one, as filmmaking normally is and it’s challenging to treat every issue the right way. Everyone makes mistakes and these mistakes affect a lot of people since there are so many involved in the shootings, so the pressure is high.

Also working with my father for eight hours every day wasn’t easy, but we still did it! I guess after a while we got used to working together, and now I even love to do so and treasure every moment of it. My poor mom got the worst out of it, since every time there was a conflict between us we both called her up to act like a lightning rod, so she had try to manage and resolve our problems in the crossfire.

This was around the time, when the company was being reorganized, and for a little while I wasn’t even sure about what exactly my position is in it. We built up a new organizational structure, and I’ve begun to train them. That was when it became apparent just how many things I do.

If a woman has family, children, then it’s not just about the movies anymore, you have to perform well at home, too. It’s tough to do your best everywhere. Both of them are full time jobs. If your part of a production, you have to spend 12 to 14 hours each day on it, and a day is still 24 hours long. I feel like I constantly race against the clock.

Béla “Richy” Romwalter: These days I share less and less of the workload. I only deal with developing our lighting equipment, searching for things we need and if Judit does some expanding at the camera department, we do discuss what would be better, what would be worse to buy. My aim is to have her do everything, not me.

Nowadays, I admit, that whatever she does, she does it well. We don’t always agree on certain things; but we discuss those. These days, I’m able to say more frequently; “I’m off to the Balaton, bye!” Then I leave everything to Judit’s care. Most of the gaffers “grew up” with me, and many cinematographers who are in forefront, we worked together. Even when they were only college students. I feel that I did something that made sense and will have lasting effects.

Bpr: How did you react to the COVID-19 pandemic?

J. R.: It made everyday operations harder for the companies, there are travels to be schedule, tests to be made and there’s an ongoing quarantine. Hungary is quite a popular destination, and not just for films, but for advertisements too. So the whole industry took a hit, and there’s been a lot of remote shooting done. Taking a flight, traveling to a different country for one or two days of shooting would mean a substantial risk regarding a TV spot, so these productions stayed local.

It’s challenging for the whole national film industry too, but thankfully the foreign crews soon returned. Production of domestic movies also resumed, thanks to – among others – the National Film Institute (Nemzeti Filmintézet), whose reaction was quick and professional. The reshoots of “Dune” provide a great example of a well-executed reshoot done on a big-budget, Hollywood movie. It was pulled off nicely by the whole production, the crew and the supporting companies. It really showed that work can be done amidst and despite the coronavirus. Hungary was back on the track in no time.

Regarding our own company, we constantly disinfect everything, the storage facilities. the offices and the staff rooms too, and we continue to work on improving the safety measures. Since March 2020, we take these things very seriously. We limit the number of people who can stay in the building or at the camera tests in the testing room, we enforce the mandatory mask usage and the social distancing rules. We grant the opportunity to work from home, for whoever it’s possible.

Bpr: What makes you especially proud?

J. R.: Regarding my everyday life, I’m proud of my work, and my relationships that we developed over the course of the last 25 years, both on a local and international level. I’m particularly proud of my colleagues who are doing their best as a true team, both with each other and our customers too. This is especially an exceptional achievement now, during the COVID. Not to mention the fact, that we were able to keep everyone employed, I’m really glad about that.

It was a substantial challenge, solving problems in this time of crisis, always coming up with new strategic plans, because this is truly unprecedented. It’s important that we were able to keep our jobs, to keep working and to even improve. Lucky enough, we were able to get used to the situation, mostly because of our swift and efficient reaction to it.

I’m proud of every one of my works as a producer and as co-producer, but the one that fills me with the most pride is our documentary film, “Photographed by Vilmos Zsigmond” (“Fényképezte Zsigmond Vilmos”). Director Noémi Veronika Szakonyi and editor László “Pamacs” Hargittai helped us realize the project. It’s a 53-minute long journey with the Academy Award winner cinematographer, Vilmos, who leads us through the story of his life with the aid of his most intimate photographs. Over the course of this unique and final voyage we get a chance to get to know the man behind the camera. This was our way of honoring his memory, to create something enduring that would reflect Vilmos, the person he was.

I’m also proud of our ongoing projects, like the TV movie “Hat hét”, which revolves around the topic of adopting children, with Noémi Veronika Szakonyi as the director, who wrote the screenplay together with Máté Artúr Vince. They are actually documentary filmmakers by trade, who spent considerable time on the subject. When a tender was issued during the COVID, we discussed our potential entries and decided on this one, mostly because of the topic’s high importance. I’m grateful for the fact that the National Film Institute has seen the potential in it and deemed us worthy of their support.

Bpr: What plans do you have for the future?

J. R.: I want to make sure that our currently ongoing projects achieve success too. Of course, it depends on how well these turn out, and on the global situation regarding the pandemic. I will also continue to further my education. Our company keeps getting developed and I hope that I will able to work with my dad for many-many more years. 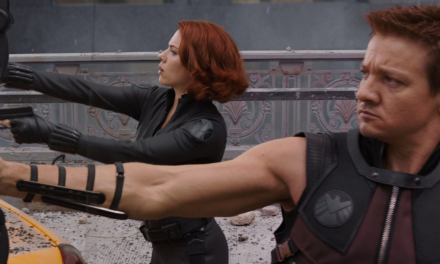 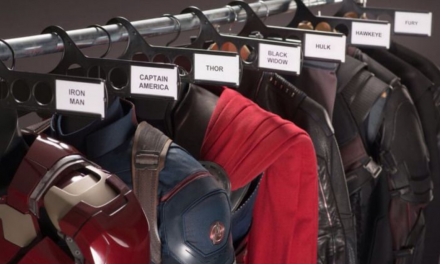 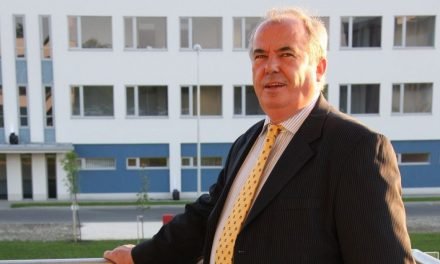 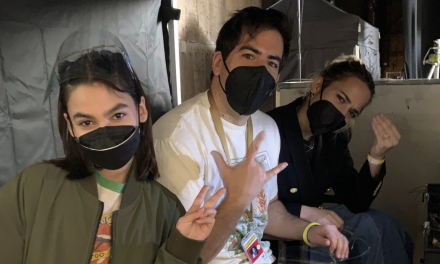