173
VIEWS
Share on FacebookShare on TwitterShare on LinkedIn
ADVERTISEMENT

For many years in cinema, Russian forces have been viewed as the cold and cruel antagonists. Russian villains have been a bit of a staple in everything from James Bond movies of international espionage to comical targets in the satirical classic Doctor Strangelove.

Sometimes their villain presence was brought about by tensions of the cold war and sometimes it was just to create a shorthand of an oppressive force. Here are a few films that have posed the nation as an aggressive one. 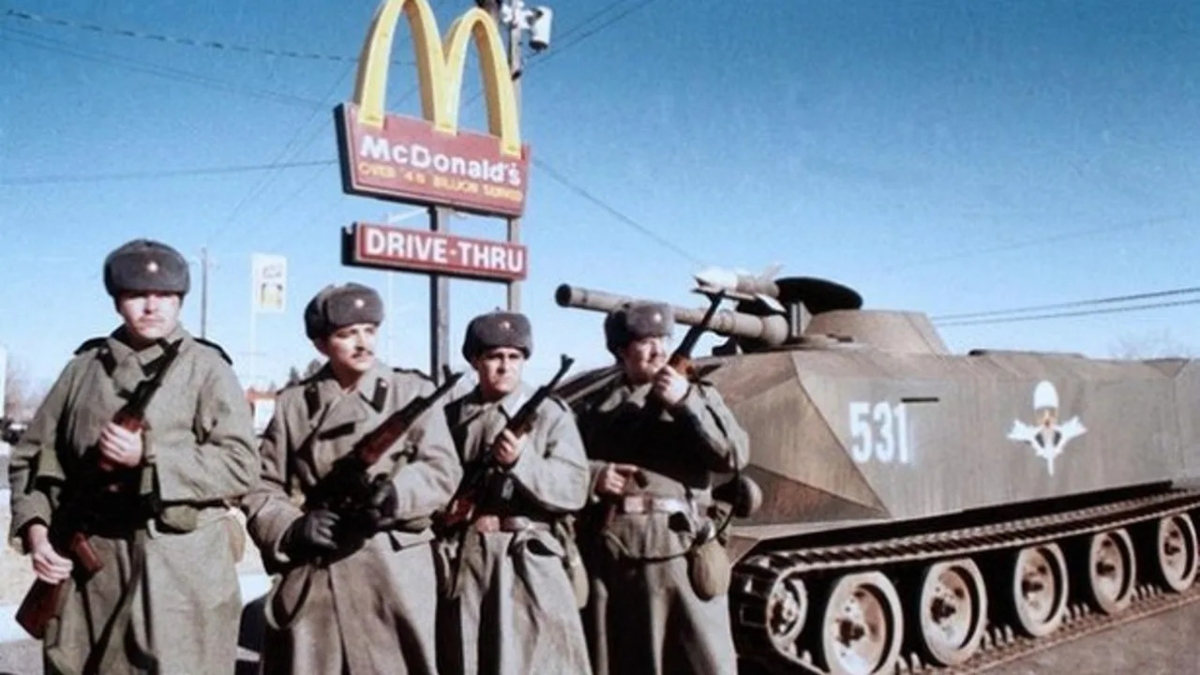 Movies don’t more reactive with the propaganda than the 1980s terror-scenario of “Red Dawn”. Here is a movie that suggests when Russian forces invade the United States that they won’t advance from the seas. In this film, the invading Russian forces are first seen parachuting into a small midwest town. Their first target is a school, laying waste to a teacher as the first casualty.

The rest of the film involves the local teenagers leading a slow rebellion against the Russian forces that capture Americans and often gun them down. Teenagers learn how to use weapons and soon find themselves engaged with combat, firing at everything from Russian soldiers to helicopters. The Russians are posed as cruel for their violence and although the American teenagers are just as aggressive (even killing their own forces when they suspect treason), the American teens are still posed as the heroes for valiantly fighting off the Russian forces that have apparently invaded all of America in the blink of an eye. 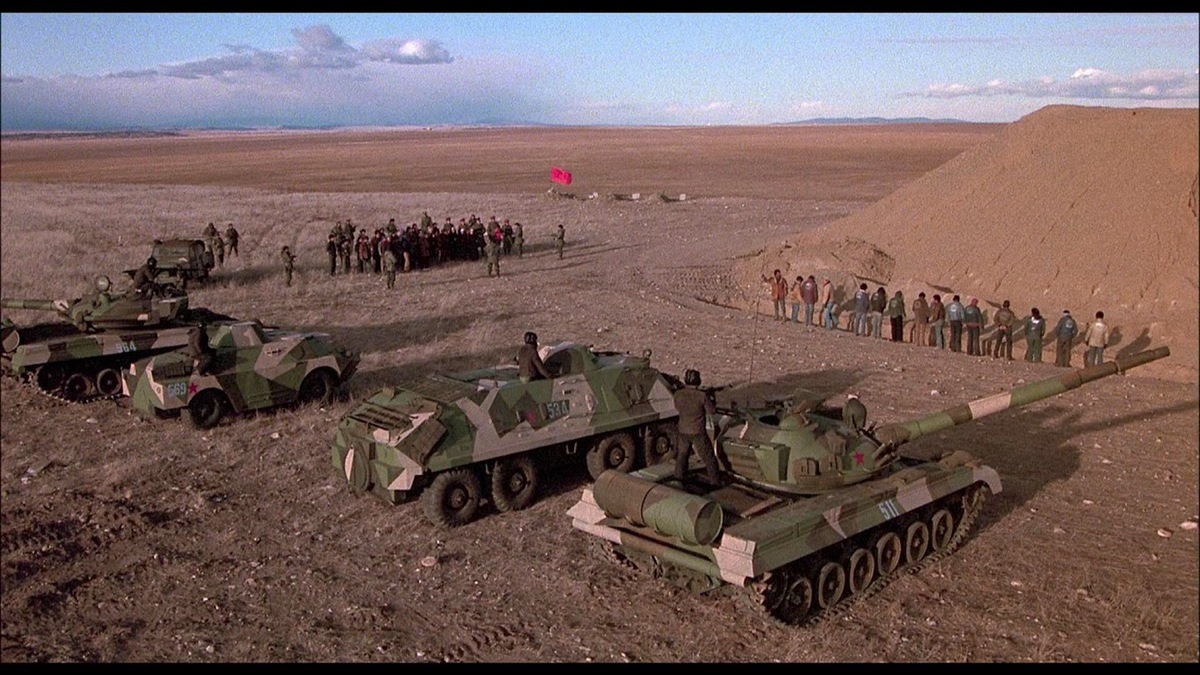 “Red Dawn” came about during the height of the cold war, where Americans were very much fearing a nuclear showdown between America and Russia that could end all life on Earth. Numerous movies, TV specials, and even comic books like Watchmen portrayed this fear of nuclear annihilation as concerning more for the end of humanity than who wins the war. Movies like “Red Dawn”, however, tried to argue that we still need to win the war with Russia.

Another film that was a wee bit more subtle in its depiction of Russia being a villain was “Rocky IV”. In this fourth Rocky movie, the titular boxer reprised by Sylvester Stallone finds himself going head-to-head with Ivan Drago (Dolph Lungdren), a Russian boxer with a punch so powerful it literally kills Rocky’s boxing pal Apollo (Carl Weathers). Seeking revenge, Rocky aims to train and win against this towering representation of Russia.

With Drago being framed as the quiet and intimidating Russian boxer, the film definitely tries to focus on making the nation look evil. This aspect very much disgusted Russian goodwill ambassador Katya Lycheva who noted that the film uses Drago to villainize the Russian people. The film could also be seen as a response to winning the cold war but this is a film that’s also about Rocky’s personal feud for both avenging Apollo and trying to find a way to break a certain lifestyle that ultimately led to Apollo’s death by knockout. 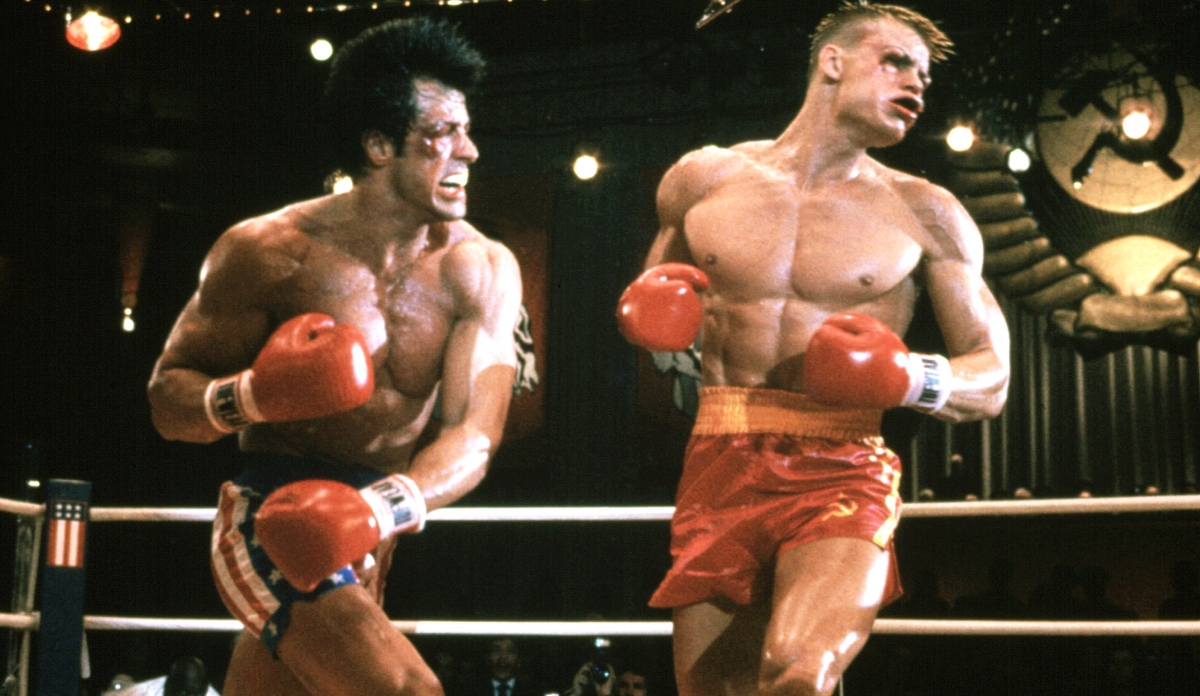 That being said, the symbolism is quite overt in the picture. Consider how the fight between Apollo and Drago is presented, with Apollo donning a full-blown Uncle Sam costume to represent America. Drago’s victory over Apollo can easily be read as Russia’s cruel totalitarian state trying to topple the United States. By that same token, Drago’s defeat at the fists of Rocky can be read as how the Soviets, powerful in their intimidation, would ultimately crumble.

The feud in the picture, despite Rocky’s desire for avenging, does have some commentary with how the two nations view each other in conflicting tones. The Russians ultimately want to win but because they have a cultural distaste for American society. We see this reflected in Drago’s trainer who speaks of America as being pathetic and weak but also antagonistic and violent. Drago’s wife will also speak of America as being a place where people like Drago would be threatened with violence. So there’s very much a conflict with how both determined and terrified both sides are as they aim to win. 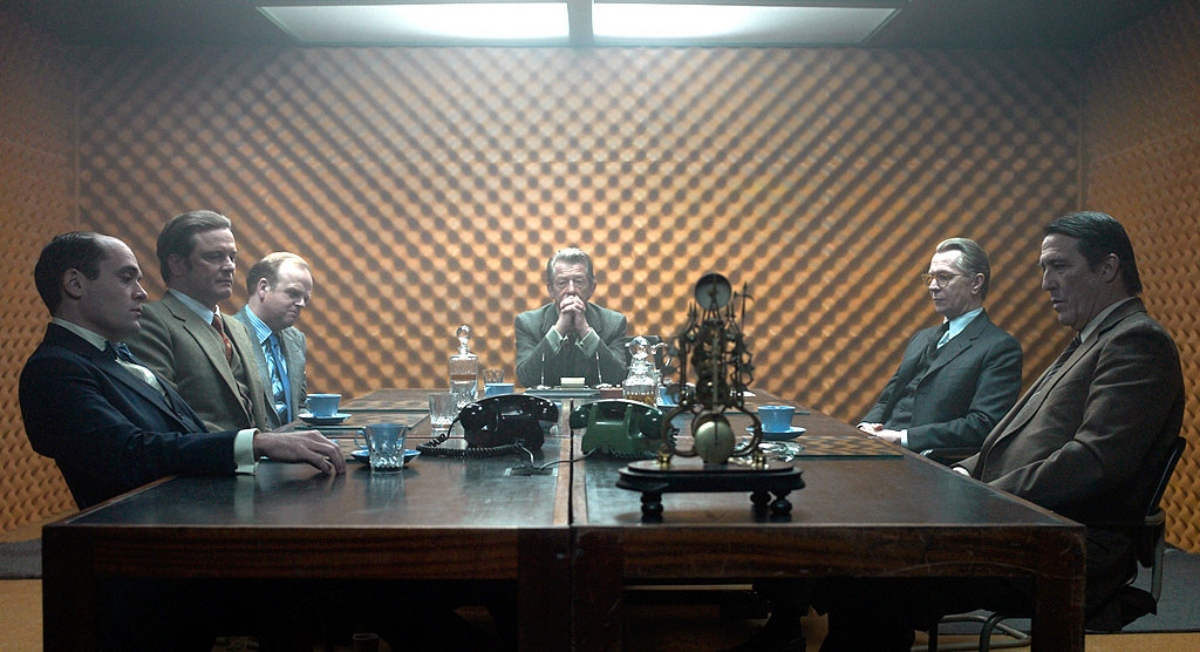 As mentioned with James Bond, Russians are one of the more common antagonists of spy movies. One of the most notable spy movies of the 21st century has been “Tinker Tailor Soldier Spy” (2011), based on the 1974 novel of the same name. The film, set during the cold war of the 1970s, involves British intelligence hunting down a Soviet double-agent within their own ranks.

Jim Prideaux investigates this issue and one of his first contacts is a Hungarian general he must meet in Budapest (where parts of the movie were filmed). What follows is a twisty road of identity compromises and seeking of asylum. The CIA is tapped for information and ultimately British intelligence comes out more as the heroes here with the KGB being the vicious antagonists who were slaughtered in cold blood. 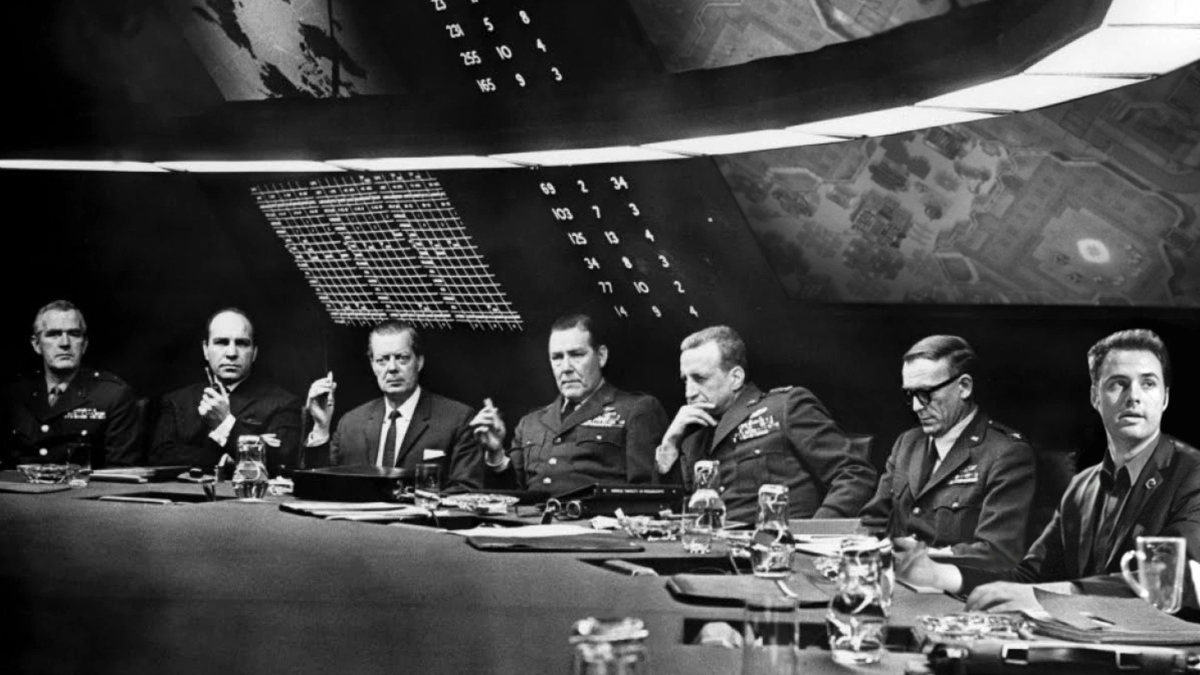 Such an obsession with Russian forces being posed as the enemy has often led to a subversion of mocking this common totalitarian state. You can see it in everything from absurd Russian spy Ivana Humpalot in “Austin Powers: The Spy Who Shagged Me” (1999) to the singing Russian prison guard of Nadya within a comical Gulag of “Muppets Most Wanted” (2014).

One of the funniest films to take aim at the Russians in a clever way was Stanley Kubrick’s funniest movie, “Dr. Stangelove” (1964). Peter Bull plays Soviet Ambassador Alexei de Sadeski who tries and fails to obtain secrets. Alexei’s secretive nature ultimately leads to the end of the world when he fails to reveal Russia has a doomsday device that could destroy the world. Ultimately, the words end with the final scene of the film.

While the Russians are posed as being inept in their politics and warfare (especially for the hilarious scene where the President of the United States attempts to speak with an emotional Soviet Premier Dimitri Kissov over the phone), the US is also posed as being highly inept. The miscommunication between their bombers is also pushes the world faster towards the end of all life on the planet. So it’s not so much a film where Russia is the villain as there are no real heroes in such a story.

The imagery of Russians as aggressors seems to be born from how Russia wants to be seen as a powerful nation. That power is mostly portrayed through professions requiring aggression, be they soldiers, spies, or combat-sport athletes. Concurrent with the political and military leanings of our current era, Russia still appears as though it wants to be a tough and totalitarian leader on the global stage. And within movies, that’s usually a recipe for villains.

The Challenge: Russia Takes on the Final Frontier with First Film Shot in Space