Hollywood is having yet another falling out with the state of Georgia off the back of the passing of a controversial voting law signed on March 25. Since its signing, numerous studios, director, actors and other film industry professionals have expressed strong opposition to the law, resulting in many threatening to pull productions out of the state altogether.

What is the Law?

The law itself, signed by the state’s Republican governor, cracks down on voting systems in the state—most notably banning people from handing out food or water to voters waiting in line while allowing the Republican-controlled State Election Board to remove and replace country election officials. Critics of the bill suggest that such a move will disenfranchise black, disabled, and other minority groups leading to widespread voter suppression in Georgia—a fact which has received pointed critique from President Joe Biden.

Hollywood professionals, many of which who make home in the overwhelmingly Democrat state of California, have been vocal in their opposition to the bill. Some have gone as far to call for a boycott of the state. Due to Hollywood’s large presence in Georgia, promoted by the state’s 20-30% tax incentives on outside productions brought to the state, such a boycott could have a significant impact on the state economy given that currently Georgia’s film industry is valued at around $10 billion. 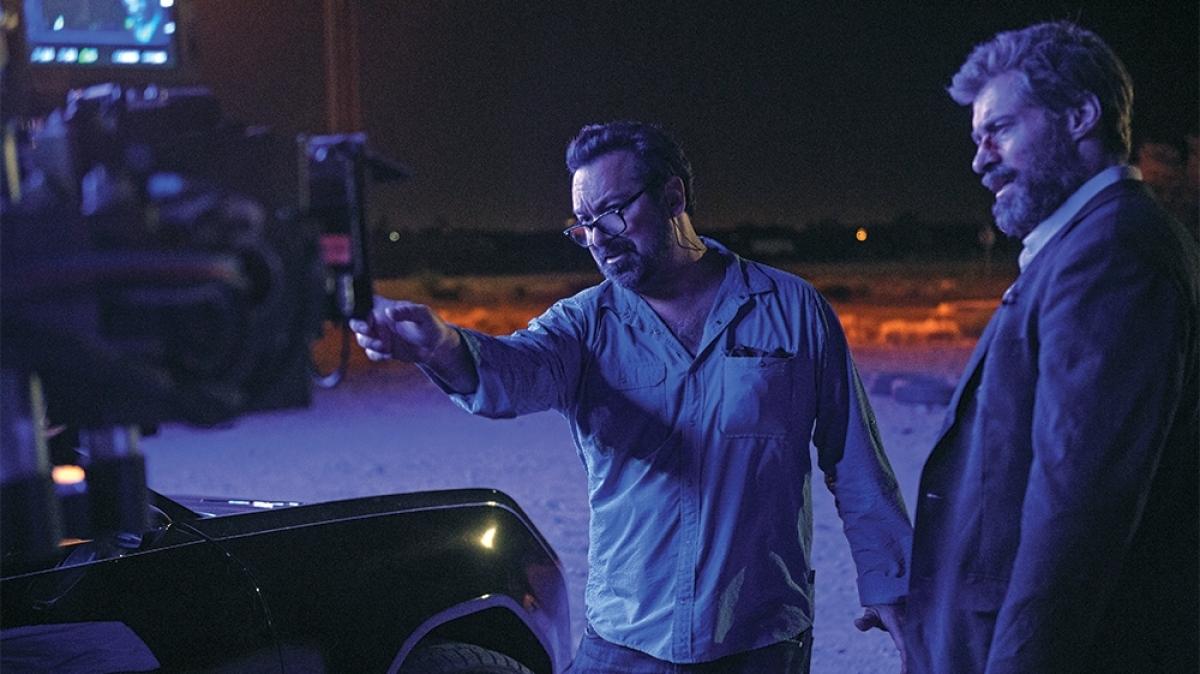 Director James Mangold has been among one of the most vocal directors, tweeting that he would not direct future films in Georgia due to the new law. His 2019 film “Ford v Ferrari” was partially shot in the state. As Mangold is in the process of making the upcoming “Indiana Jones” movie, this is a significant critique of the state which will not be taken lightly. And, judging by his tweet which reads “Georgia has been using cash to steal movie jobs from other states that allow people to vote. I don’t want to play there”, it’s clear that Mangold has made up his mind. Star Wars legend Mark Hamill quickly chimed in in response to Mangold’s comments, beginning the hashtag #NoMoreFilmingInGeogia. The Producers Guild of America have also issued a statement  exclaiming that they “strongly oppose” the bill.

Interestingly, while companies like Coca-Cola and Delta have been quick to condemn the laws, major Hollywood studios themselves have remained relatively quiet on the issue. Of course, some studios such as ViacomCBS, WarnerMedia parent AT&T and Comcast have issued statement, but as of time of writing it is unclear whether Hollywood studios will further the sentiment presented by Mangold, Hamill and others.

As this issue comes in the midst of the Coronavirus pandemic, it is feasible that studios—many already far behind—are simply unable to create disruptions to their productions.

This isn’t the first ideological clash between Hollywood and Georgia state law.

Back in 2016 upon the announcement of an Anti-LGBT bill Disney, along with their subsidiary Marvel Studios, Netflix and others stood up to the plate to levy their influence in an attempt to kill the bill. The bill itself was tipped to legalise “faith based” refusals of services to LGBTQ+ people throughout the state. After the film industry boycott, the bill was vetoed by Georgia’s governor. 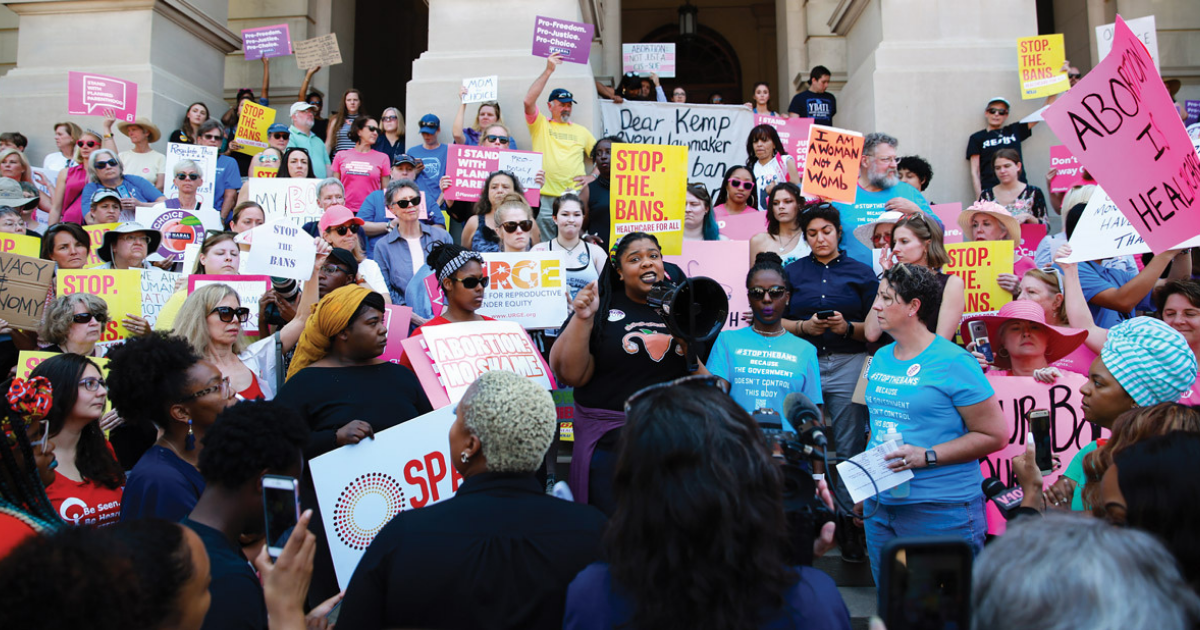 Again, in 2019, Georgia was on the verge of passing the “Living Infants Fairness and Equality (Life) Act”  —a new law making abortions much more difficult to get. While actors, directors and other professionals came down hard on the bill, this time the film industry stayed more notably quiet with Disney, Netflix, Warner Bros. And other titans not commenting publicly. Perhaps as a result, the bill passed but was never put into practice due to it being ruled as unconstitutional in 2020.

Thus, this recent incident of Georgia’s voting law has become the third major point of tension between the state and the American film industry—and, given the quick response from many, it may be the most decisive yet.

During the frenzy of tweets and public statements, New Jersey  issued a statement and became the first state to pitch itself as a direct alternative to Georgia production. New Jersey’s governor Phil Murphy issued a letter to studios touting a tax incentive of at least 30%, alongside a “diversity bonus” of an additional 2% for hiring women and minorities in key creative roles on set. 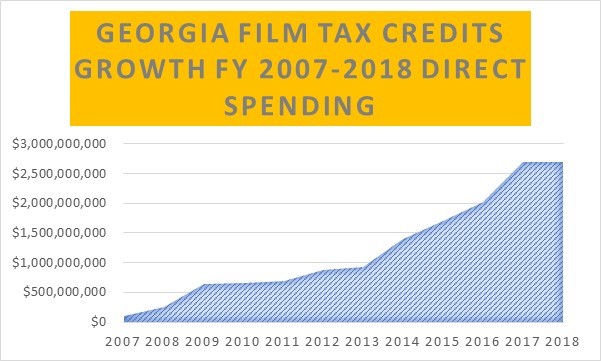 The question on many people’s lips after these three incidents is “should Hollywood be influencing politics?” It is certainly a far-reaching question with many sides—given that Hollywood brings in 2% of the entire US’s GDP it is certainly linked to economics, but considering Hollywood as an ideological machine, the issue clearly goes deeper than money alone.

But Hollywood has not only been known for exerting domestic pressure. In 2019 celebrities began a boycott of Brunei-owned hotels  after the country passed an anti-LGBTQ law allowing gay sex to be punished by death. Thus, it is clear that this question is also not one which is contained within the US alone.

However, many have also questioned the efficacy of simple boycotts—suggesting the industry and its professionals should take a more proactive approach. During the 2019 boycott, Hannah Beachler , the Oscar-winning production designer of “Black Panther”, tweeted “Don’t boycott Georgia! Leaving comes from a place of privilege. Stay, donate, help fight w/ the women & children. Give to orgs. FIGHT 4 the people, fight against this bill. Don’t abandon those who need us most.”

Don’t boycott Georgia! Leaving comes from a place of privilege. Stay, donate, help fight w/ the women & children. Give to orgs. FIGHT 4 the people, fight against this bill. Don’t abandon those who need us most. Govt. want u 2 go, by design. & when u go they’ll do worse.

Beachler’s point holds fast when considering whether Hollywood professionals are seeking to insight positive social change or whether they are simply trying to wash their hands. But as one of the prime reasons the film industry finds itself in Georgia is financial, due to the generous tax incentive, the question is will Hollywood’s obligation towards human rights and equality outweigh their commitment to chasing profit?