Milla Jovovich is gassing half of Budapest

Milla Jovovich is gassing half of Budapest - The Rookies (2019) Review

498
VIEWS
Share on FacebookShare on TwitterShare on LinkedIn
ADVERTISEMENT

It is often heart breaking whenever a film lacks an identity. This is happening more and more within the industry, especially due to an overload of films that are produced by big studios.

Studios tend to take creative control away from the directors and creatives, and invest all that control into the hands of studio writers and producers who will create a product that audiences would like to eat popcorn to.

This is a much bigger issue in Chinese studios, in particular. Creating films, that are entirely produced by big studios and nothing that is original by small creatives. Unfortunately, the 2019 Chinese action film “The Rookies” is also part of this problem. 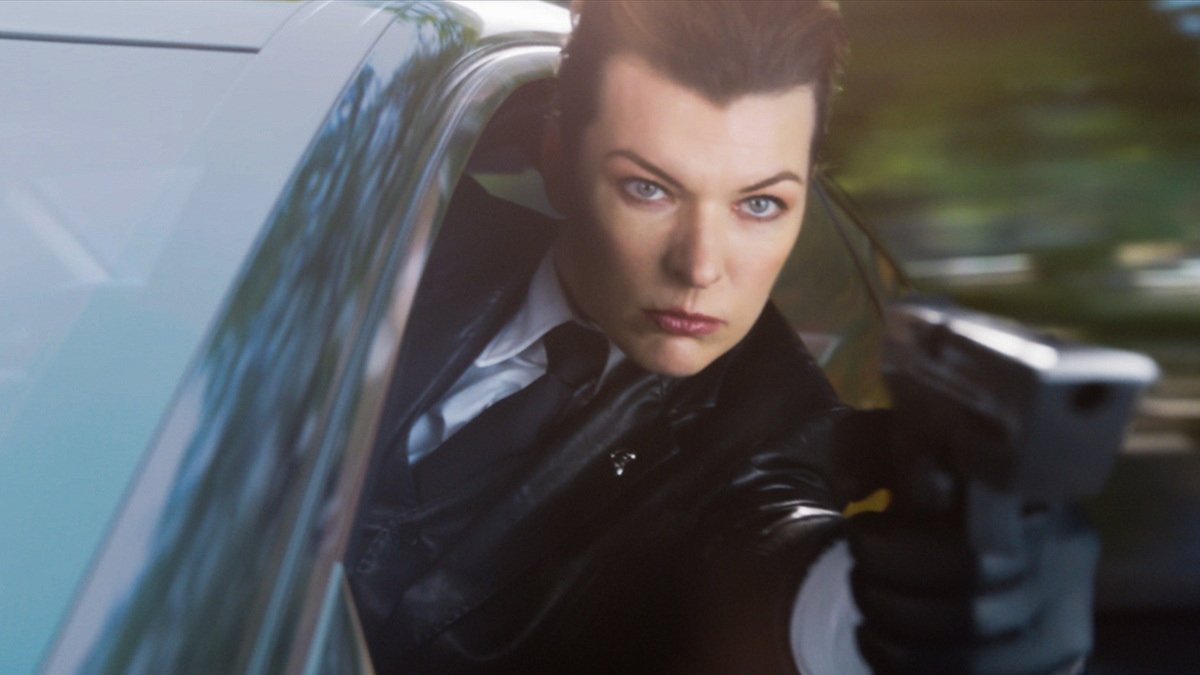 The film revolves around a deadly biological weapon created within a laboratory, known as the DM-85. Of course, there is complication when the main antagonist the Iron Fist gets involved. There is no clear reason as to why the iron fist wants to destroy all of humankind, aside from perhaps the tragic death of his wife.

Though, after his takeover of the terrifying chemical compound, the story shifts to our unlikely protagonist who is a parkour artist. Zhao Feng spends most of his time recording parkour videos for his social media account, to gain followers and influence. However when he runs into a secret super spy/assassin, Agent Bruce, who is the boss of a secret organization known as the Phantom Knighthood, a 200 year old organization originally created by the Freemasons.

I’ll have to say this right away, this film is a rollercoaster ride that essentially has a train wreck every 3 minutes. It’s a good looking film, with some amazing cinematography and really evolved an action choreography, however the story content is absolutely horrid. It was hard for me to watch this film with a straight face, as everything that happened within it was overwhelmingly brainless.

The one thing that I did appreciate from this film, was that Milla Jovovich ended up playing a bit of a different character than she usually does. I didn’t expect director Alan Yuen in to do a film like this, especially not after watching his feature film “Firestorm”. That was a serious film about crime and organisations that take advantage of the common folks, however this is a much larger than life film.

You see, “The Rookies” revolves completely around a fantasy plot that is somewhat related to films like “Kingsman”, while also relating to more Chinese Manhua qualities. This formula doesn’t work though, at least not effectively or even practically at all. The film feels like a hodgepodge mash of different moments from action film pop culture, combined into a single feature film. It doesn’t really have anything original going for it, even in the visuals and cinematography department. It just looks pleasing, it doesn’t look anything refreshing or unique. 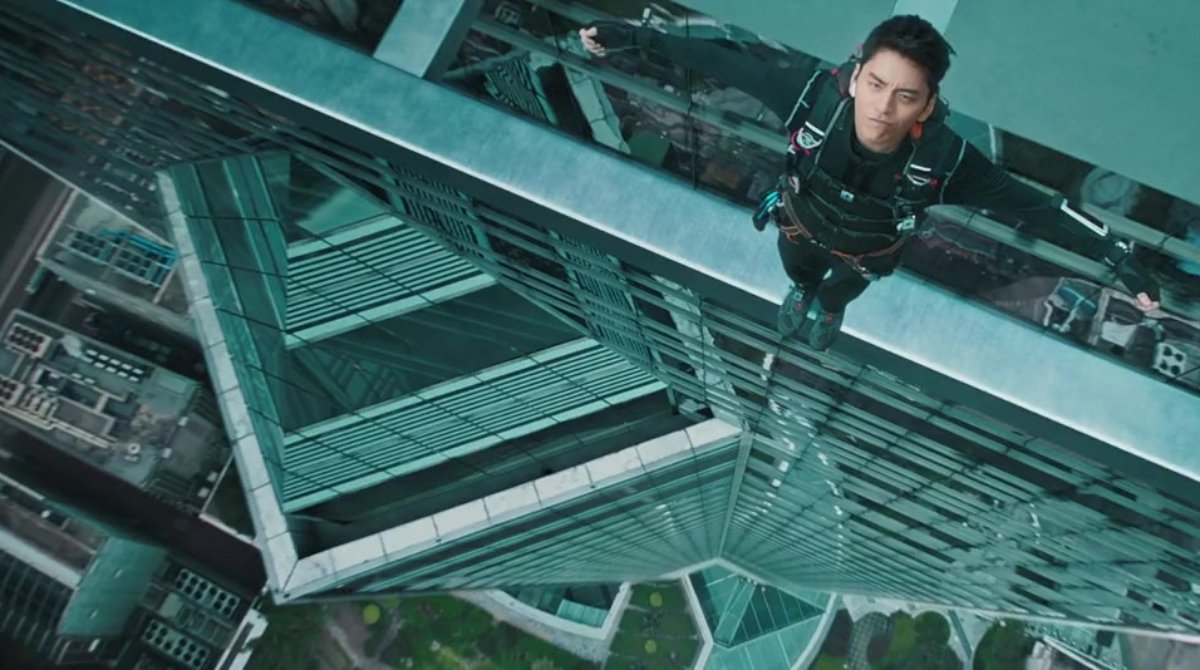 In terms of the characters, the performances are there but they’re not really exceptional. However, that’s not due to a lack of motivation from the actors, but rather the characters themselves. All of the Chinese characters are under acted, each of them feeling like a cocky character one after the other, and the female character is feeling like stereotypes.

Well the white characters within the film, they all feel like stereotypes as well. Especially Agent Bruce, who feels exactly like a stereotypical spy that you would find in any other Hollywood film. Not to mention, the villain’s arc is never expanded upon. His motivations are never clearly talked about or showcased within the film and he’s just evil for the sake of it.

Some of the writing within this film, in particular made me cringe. It was extremely hard to watch this film with a straight face due to how campy and corny the dialogue and writing was. It’s not the good kind of campy either, this was just B-Movie corniness that you’d put on as background noise at a hangout.

There was a moment within the film where the protagonist asks Mr Bruce if he wanted him to become James Bond, and that is where I realised that “The Rookies” is just trying to be a big Hollywood studio film. It has large action set pieces, huge moments with tonnes of CGI, and just about everything else you would expect from a regular Hollywood blockbuster. It’s a proper popcorn flick, and it doesn’t really try to be much more than that and doesn’t really have the potential to either.

What it does have a potential in are the visuals, and my lord, are the visuals spectacular. I’ll mention this, this film was shot mainly in Budapest. That alone makes it one of the most beautiful looking Chinese films to ever release. Now combine that with some extremely well done cinematography, which imitates the style of some decent blockbuster films like the “Mission Impossible” feature films and the 007 film franchise.

Budapest is the perfect location whenever you’re filming an action movie, it just brings so much atmosphere an culture to the screen. Not to mention, the production crews working there are by far some of the best! Though I did feel a bit let down by the way this film used the locations, as it didn’t feature enough of the Budapest locations it should have. 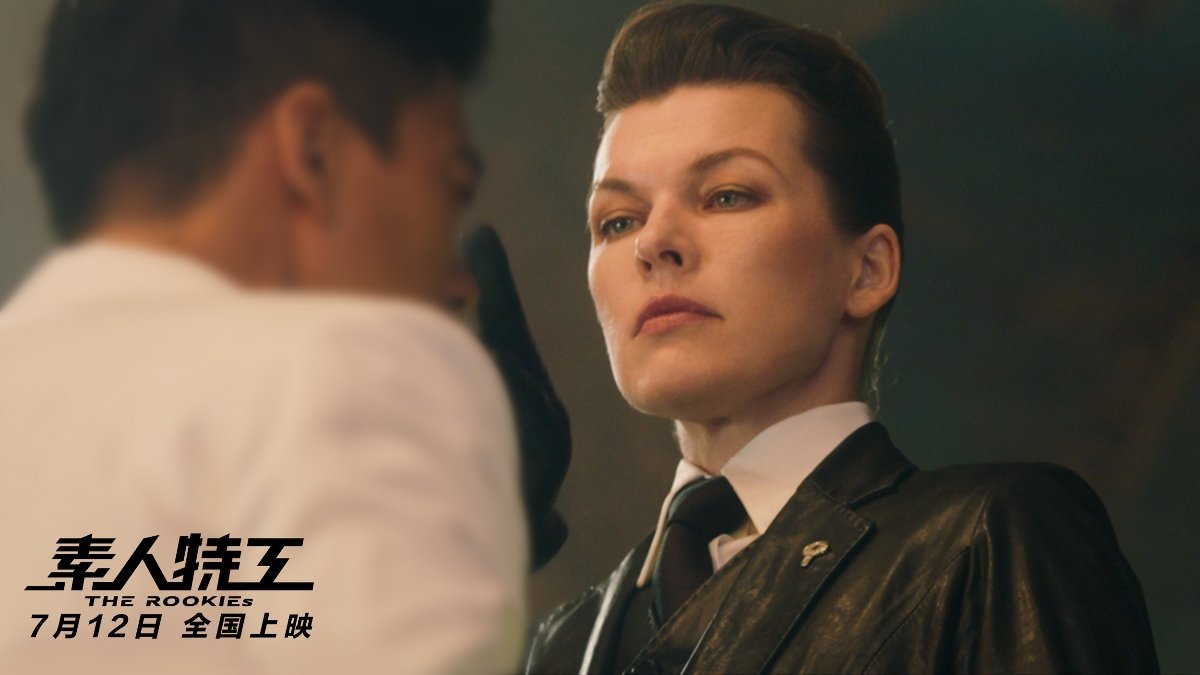 It does use colour really well though, especially during scenes where there is a lot of dialogue and character interaction. The very first interaction between the protagonist Anne Mr Bruce, utilizes colour in a really good way. Though other than that, this film doesn’t bring anything new to the table visually.

In conclusion, I would just like to say that this film might have had a lot of potential if it wasn’t for the decision of making it a big studio production. This film wasn’t really meant for that treatment, it needed more of a heart to it and an indie like quality. It was supposed to be a feature film that depends entirely upon heavy performances from its actors, and tiny set piece action sequences that were directed and choreographed better than they were here.

In addition to that, a bit more usage of the beautiful Budapest locations would have been a huge bump up to the quality as well. However as it stands, “The Rookies” is an underwhelming film at best.