567
VIEWS
Share on FacebookShare on TwitterShare on LinkedIn
ADVERTISEMENT

After winning the VES top prize, “The Midnight Sky” is now the favorite. To emulate zero-G and help to sell a pregnant astronaut floating in space digital face replacements were required for the wide, full CG shots required for the walk in space. For the Arctic observatory exteriors, Industrial Light & Magic provided a pop-up version of StageCraft, its LED volume stage used on “The Mandalorian.”

“The virtual production workflow that allows filmmakers to capture complex visual effects shots in-camera is available in Budapest at ORIGO Studios. It aids to produce more authentic scenes than a green box does, which brings both actors and directors one step closer to reality or a sense of reality during production. On top of that it can save a lot of money for the filmmakers.” – said Ádám Ruzsinszki general manager of productions.

In “Mulan”, Weta Digital was the lead visual effects facilities on the film, and Anders Langlands was the Visual Effects Supervisor, and Sean Andrew Faden serving as the Production Supervisor. Much of Weta’s work was focused on the last act or third of the film, in scenes involving the Imperial city and the fight at the Palace Construction site. Weta completed 434 shots for the film. 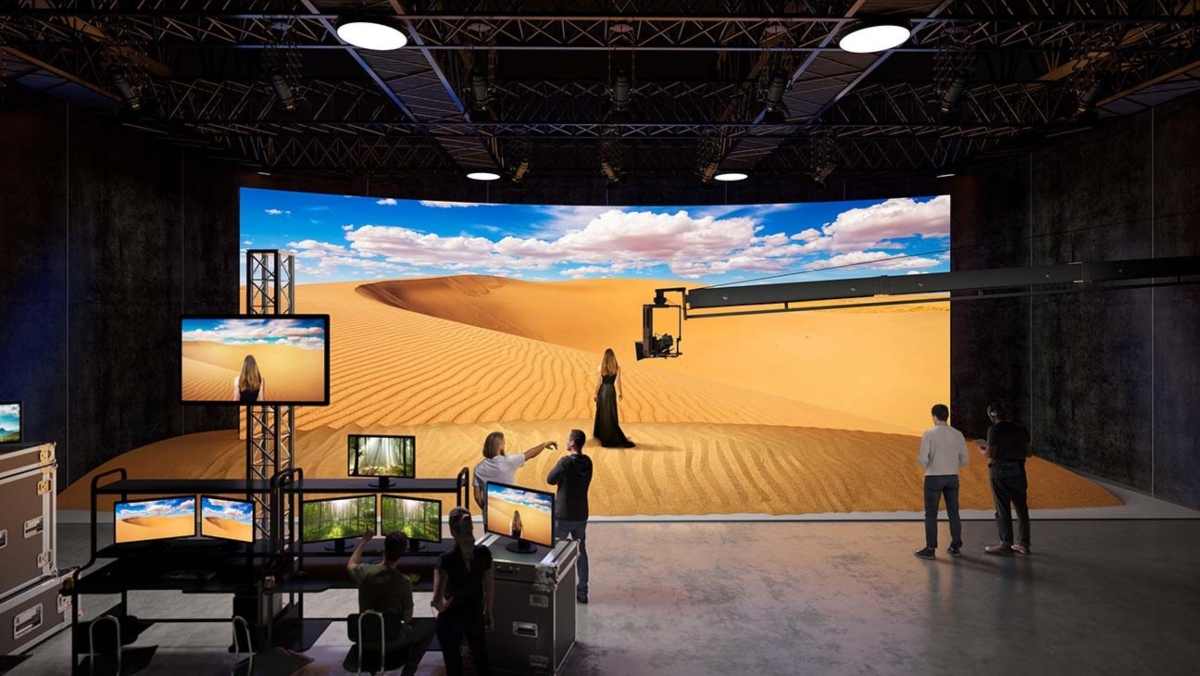 While “Tenet” only required 300 shots, the work was highly experimental for Double Negative. It needed to fit the framework of the inverted world, and required Double Negative to figure out how to execute the timing of moving forward and backward so it fit together smoothly during fights and car chases.

“The One and Only Ivan” successfully pulls off the most challenging form of visual effects, which is recreating real world animals using CGI. And, to get even more specific with it, especially when it comes to recreating real world animals using CGI and giving them the ability to talk, however, that’s one of the best parts of the film. Not only do the visual effects artists manage to realistically recreate a number of animals, but they also do so in a way that allows them to express a significant amount of emotion.

For “Love and Monsters,” the film’s VFX team, led by Matt Sloan, had to devise 13 different monsters, each with a unique look. “Each had its own design rules and personality. From gross little leech-like slug worms to the misunderstood monstrous crab in the finale,” Sloan says.