“I started to build bridges between the UK and Hungary from the very beginning.”

"I started to build bridges between the UK and Hungary from the very beginning." - interview with Ildikó Kemény, lead producer of Pioneer Stillking

307
VIEWS
Share on FacebookShare on TwitterShare on LinkedIn
ADVERTISEMENT

“COVID made us pause but it didn’t stop us. We quickly had to figure out a way to create a safe production environment, be brave to take the lead, and be the pioneer to restart production in Hungary during COVID. Luckily it worked and gave everyone the confidence to follow.”

Covid-19 has been a big challenge for everyone and continues to be so. Therefore, it makes it even more impressive to hear about a company, that was able to get back on their feet and practically restart the entire production industry in Hungary. This was driven by Ildikó Kemény, who is one of the managing partners and lead producer of Pioneer Stillking. The company is regarded as one of the most influential production service companies and a pioneer in its field in Hungary. Their impressive client list of Netflix, Amazon, Sony, Fox, and Lionsgate TV is to name just a few of the companies they have worked with over the past decades.

We had a chance to sit down with Ildikó and discuss her career path and the challenges this industry faces, especially during times like this.

Budapest Reporter: Let’s start with the most obvious question: How did COVID affect the company and the projects? It must have been a crazy few day when the lockdown started?

Ildikó Kemény: We were in the middle of two productions that were actually filming and two which were in pre-production in March 2020 when COVID hit the world and we had to stop. One of those filming was a BBC TV series, the other was an Amazon movie. The BBC series, which eventually continued in England, returned to Hungary for a short time in December 2020. The Amazon film returned to Budapest in July 2020 to complete filming.

We also had 2 weeks additional photography work on ‘Dune’ from early July 2020, our first movie with strict studio COVID prevention requirements; we learnt a lot. We were lucky to be able to work at Origo Studio where they took all restrictions and preventions just as seriously as we did and introduced measures our financiers and producers admired. Our daily production work has to include all COVID prevention requirements, including frequent testing, wearing the correct masks and filling in a daily health questionnaire which monitors our cast & crew’s well-being. In addition, we have extra cleaning and air-filtering equipment in every department all monitored by our COVID team.

Prevention expectations differ project by project whilst the basic practices are the same and we have to follow the regulations of the incoming studio as well as Hungarian ones. The agreement is that whoever has the stricter rule in any particular detail the production will follow the stricter one. 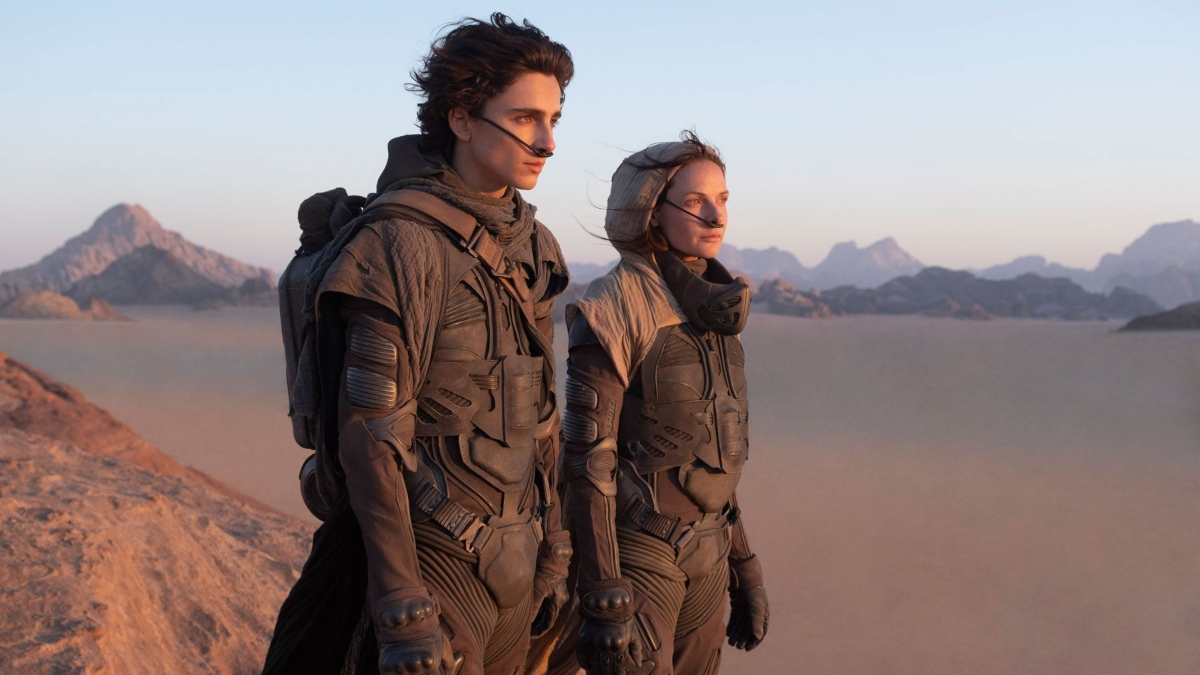 Bpr: Is this making filming more difficult and expensive?

I. K.: There is a new COVID-related part of the budget, that’s where the differences can be measured financially. The size of the COVID team depends on the size of the project and requirements; the budget includes the prices of tests, masks, shields (all PPE) and equipment we have to use in order to clean the air etc. Each department has to meet strict requirements; for example, the m/up team has to wear not only masks but shields as well, all the time, because of their close contact.

For cleaning various rooms, disinfecting stages, or costume workshops, there are also appropriate regulations that must be followed. Studios and financiers would rather spend money on prevention than be faced with projects stopping due to the spread of the virus.

Bpr: Let’s talk a little bit about you: How did your career start and how did you join the Pioneer founders?

I. K.: I completed a 4-year producers training course at one of the best film schools in the world, the National Film and Television School in the UK. At that time, and even now, there is no real producing training in Hungary. My graduation film was a co-production, which I set up between our UK school and the Hungarian film school and was the beginning of a bridge between London and Budapest which I would continue to build in the years following.

My first short films were followed by my first feature films which were made in London with Renegade Films, our joint company with my husband. When the Hungarian tax rebate was introduced, a number of my UK producing colleagues approached me, knowing my Hungarian background, wondering if their projects could benefit from filming in Hungary. This has led me to move back to Budapest and to partner up on some really exciting projects.

Having considered various options in Hungary, I found the most like-minded company at Pioneer where I was lucky with my timing as Jennifer Webster, Ilona Antal and Nora Peták were looking for a partner to set up a film arm of their highly successful commercials service company. This happened 16 years ago, and our joint company has gone from strength to strength, including a further partnership with Stillking (the Prague-based service company run by Matthew Stillman and David Minkowski.)

To this day, I am still commuting between London and Budapest for family and business reasons, though this has been a lot more limited due to the pandemic. 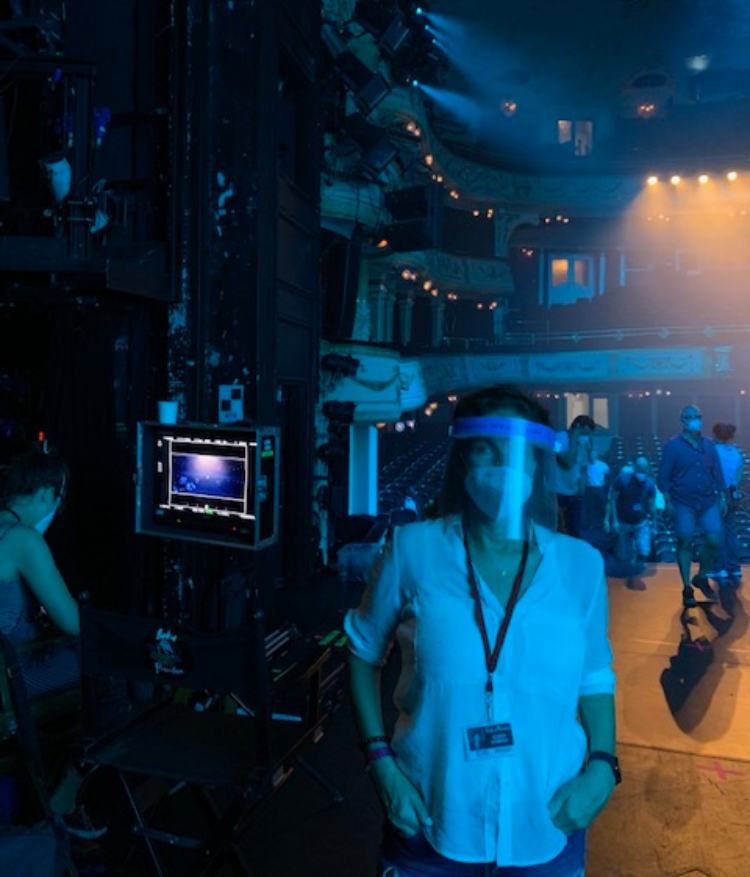 Bpr: Did you always know that this is the career path you want to take? What do you think was the key to that?

I. K.: I was always very determined to achieve certain goals but I was also lucky with the way opportunities have evolved following my graduation in London and later with the introduction of the Hungarian tax rebate. Starting with our first films all the way through to today, it was and is most important that we deliver on every level and our partners leave with a positive experience. This is what our reputation is based on and this why we have many previous partners returning with new projects.

With our world-class crew base, studios, and location possibilities, along with one of the best tax rebates in the world, we are at a great place on the international map of filmmaking. Our company has grown steadily and is well capable of handling multiple productions.

Bpr: What series are you currently making? How did they arrive?

I. K.: We are working on a couple of high-end TV series and feature films right now, I cannot share the titles yet, for reasons of confidentiality. It’s difficult to explain what it takes to secure a project in a few words. A lot of work goes into the development and pre-production stage. We read many scripts before budgeting and carrying out the necessary location finding.

Zoom call meetings are taking up most of my days at the moment rather than conducting business through meetings, festivals and markets as we used to do before the pandemic.

Bpr: Will streaming platforms take over the role of cinema in the future?

I. K.: Streaming platforms can’t take over the role of cinema completely, I hope, but we don’t know what the future will be like. We still deal with the same number of stand-alone movies as we do with TV series. Luckily, the demand for films didn’t stop. We are also confident that cinemas will reopen soon though obviously, during this COVID period, streaming platforms have played an important role in everyone’s life.

Bpr: Can you tell us a little more about the process that you go through with each project? What does such a process look like?

I. K.: Each project is different. Our role is to become the best possible partner in helping to realize the directors’, producers’ and financiers’ dreams. We read all scripts and engage in a dialogue for finding the best local cast and crew, locations and or studio, agree the budget and make sure that we maximize the available tax credit. Following the green-light, we need to make sure that we deliver on all our contractual obligations.

Bpr: You have worked with so many impressive companies. I assume many of them keep returning year after year?

I. K.: Yes, there are plenty of examples. One of our very first commissions was a BBC film after which many other BBC projects followed. Also, we are now starting our fourth production with Left Bank (‘The Crown’, ‘Strike Back’). Another example, our first major studio film with Miramax was ‘The Debt’, starring Helen Mirren, Jessica Chastain. Miramax no longer exists but the executives moved on to other companies and are now returning with new projects. Other examples of returnees are Lionsgate TV, BBC, ITV, Film4, Working Title, Amazon, Netflix, Warner Bros., just to name a few

Bpr: Are the crew made up of foreign or Hungarian experts?

I. K.: About 90% of the crew are Hungarian on these international projects. More and more we are able to introduce and engage Hungarian heads of the departments as well. Whether it’s a costume designer, production designer, sound engineer, grip, gaffer, script supervisor, editor. I’m very proud when in these important positions we can bring on Hungarian crew members.

Bpr: Do you also produce your own movies?

I. K.: Yes, but rarely nowadays. I developed and produced my own movies following my film-school years in the UK. Pioneer nowadays specializes in providing services and co-production partnerships.

Bpr: Do you have a favorite work of yours that you are the proudest of?

I. K.: It’s always what we are currently working on. It would be like making me choose between my children, I love them all the same.

Bpr: I’m sure the competition among companies can be challenging. Despite that, do you support each other and exchange information to help one another?

I. K.: There is a bit of a healthy competition. We all work differently. Consultations, meetings are constantly taking place between us, however. Especially during COVID time, it is important to understand that it will benefit everyone if production continues and Hungary is back on the production map.

Bpr: What are your future plans?

I. K.: Whilst in pre-production on four projects we are also constantly working to keep up with the changes, mostly created by our COVID world. We’re working on more efficiency, sustainability.
One small but good example is our up-coming p/up shoot of our Amazon movie tomorrow night with our director sitting in the editing room in LA, whilst directing the action with us in Budapest via digital devices.

Digital connections as opposed to frequently travelling to locations have become part of our new way of working as well, whenever it is possible. Finally, green thinking is important to me, and our company, to ensure that environmental awareness is even more ingrained in us because we are not far enough with that yet. We want to look at all our future work with a more environmentally conscious approach. Our new TV series is going employ the first green steward who is going to help to keep an eye on all related matters.