263
VIEWS
Share on FacebookShare on TwitterShare on LinkedIn
ADVERTISEMENT

Everyone who watched the Squid Game loved it. A twisty story, interesting characters, catchy music. The latter, by the way, is the work of a Hungarian team!

For days, the world press has been reporting that Netflix‘s South Korean series “Squid Game” is breaking all records, but few people know that the series has a Hungarian aspect and a very significant one at that.

So much so that there is no mention of the Hungarian connection in the Hungarian press. The press only found out from a message from a violinist that the soundtrack of the series was played by a Hungarian orchestra and that the recordings were made in Hungary.

Bálint Sapszon has been living in Los Angeles since 2007. After graduating from UCLA, he started his career in Hollywood and founded Budapest Scoring. Orchestra, choir, big band – the musicians of Budapest Scoring can perform in all genres and formations.

With so many great musicians, sound engineers, and professionals in Hungary, Sapszon‘s goal was to combine Hollywood demand with Hungarian supply. Films, TV series, video games, recordings – over the last decade they have expanded their portfolio and have achieved international fame. 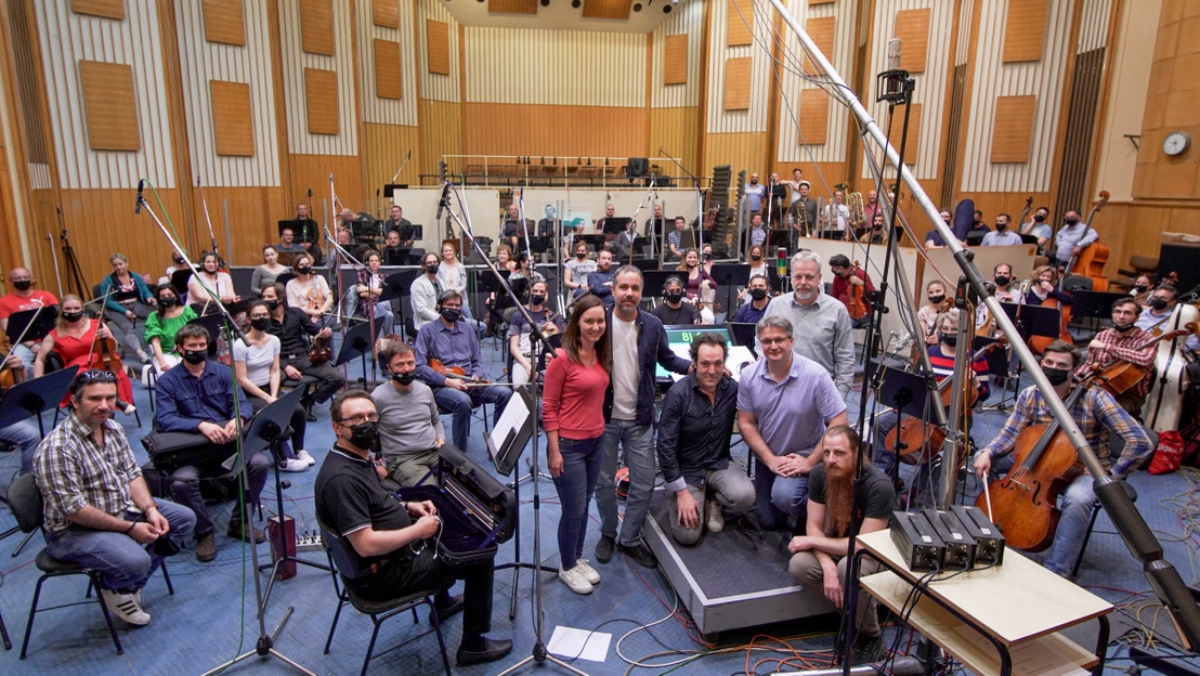 The professionals at Budapest Scoring have been working with South Korean filmmakers for years. The orchestra scored the soundtrack for the four-time Academy Award-winning film “Parasite”. The “Squid Game” project was realized shortly after “Parasite”.

„When we were working on the music for “Squid Game”, we didn’t know exactly what it was about. The orchestra and the symphony orchestra were involved in the recording. Each episode features Johann Strauss‘s Blue Danube Waltz and Haydn‘s Trumpet Concerto performed by trumpeter László Tóth.

The orchestral recordings of both the classical music and the jazz big band, as well as the original soundtrack, were made in Budapest.” – said Bálint Sapszon, who together with Norbert Elek is the orchestrator of the music for the series.

„For the classical works, we had an easier job because the compositions were written and we just had to re-record them. Péter Illényi, the conductor, was outstanding in his musical interpretation of the classics. For other scenes I was given the edited video, for which I had to write original music. I had to orchestrate the evergreen Fly Me to the Moon, which you can hear in the first game, for a full orchestra.

I had to dress it up in a new way to fit the scene. I was given free rein by the director, but I also had to follow his instructions, for example, he asked me to speed up the music when the players started running,” said the arranger, explaining the story behind the most iconic and emblematic scene in the series.

The vocals were also recorded with Hungarian singers, but in the end, a Korean lady – or more precisely her voice – was chosen by the director, Hwang Donghjok.

The Korean composer of “Squid Game” is Chong Jieil, with whom Budapest Scoring has been working for years, and whose compositions were also recorded in Budapest, at the Hungaroton and Pannonia studios by the musicians of the Budapest Scoring Orchestra.

There are very brutal sequences of images in the series, which are made even more shocking with the musical accompaniment, and they really achieve their effect.

„We are proud that we Hungarians can be part of this world success.” – said the composer.