How Wendy Partridge designed the costumes in Shadow and Bone

539
VIEWS
Share on FacebookShare on TwitterShare on LinkedIn
ADVERTISEMENT

Netflix’s Shadow and Bone is one of the best fantasy series. A key element of its success is its spectacular costume design, which was done by Wendy Partridge.

When Wendy Partridge got interviewed for the show, she knew nothing about it, she only read Eric Heisserer’s script. Later, when she got hired, she read all the books, including the “Six of Crows”, she was amazed at how well Leigh Bardugo detailed each character’s costume in the book. Of course, there was a downside to this, as she also had to live up to the fans’ expectations.

Partridge said it was really exciting to be involved in this amazing world that Bardugo created. She also mentions that how much she enjoyed creating this fantasy world visually.

The story of “Shadow and Bone” is set in the 1870s, in Russia-Prussia a land of many different ethnic groups, each with their own clothing. This allowed the costumes to have a distinctive flavor. She spoke about how big of a challenge the job was because Bardugo put together some color combinations, that wouldn’t necessarily look great in the real world. 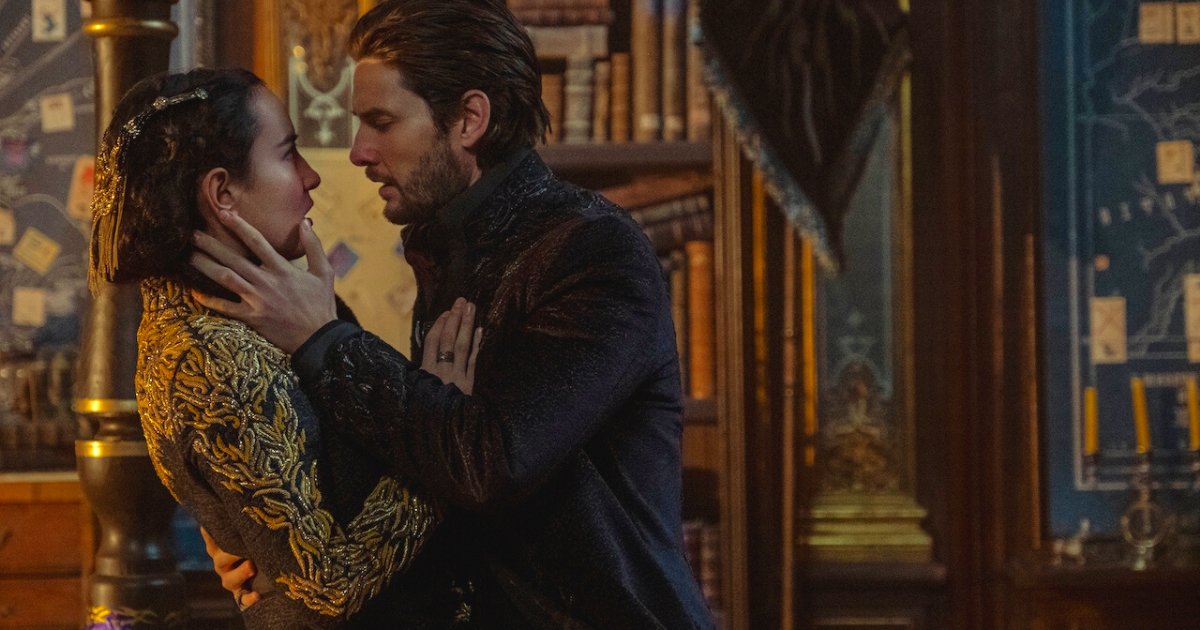 Peris Costumes was one of the costume houses that was contracted for the show. Peris Costumes  has several companies worldwide, including Budapest, Vienna and Paris. The company’s warehouses are perfectly organized in chronological order, and all costumes are hanged and accessible to make the daily work easier. The company also manufactures custom pieces and provides consultancy services for all types of projects.

The costume designer sent Peris Costumes  fabrics from different corners of the world such as Italy, India, etc., and asked Peris to make the costumes for the ball dresses and uniforms. Peris has worked closely with costume designer Wendy Patridge and her design team. As this is a fantasy series, we can see a lot of gold colors and mixtures with velvets.

Peris has tailors and dressmakers with more than 25 years of experience, which came in handy for fabricating the unique keftas for “Shadow and Bone.” Partridge praised the costume house and said that they worked with extreme attention to detail, making the costumes look like they were a million bucks.

“I had the most amazing team there, and the artisans and craftspeople that we had on our team were by none just exquisite, and they took such pride in their work, cause it was so fun for them, the costumes were fun for the costume department. There was a lot of pride for the production of the costumes. The execution of them was done with a lot of love and care and that’s what comes across the screen. All of the trims are dyed to match. Even the buttons are dyed to match that goes on it. So all the little details that make it look like this was planned and designed and come together. Everything was a massive logistical issue, but we did it with a lot of good humor.” – said Wendy Partridge

But why bullion embroidery? – you might ask. Because only the bullion embroidery gave that sense of importance. – according to Partridge. She even gives an example where the lighting really brings the costume to life.

“When Alina is introduced to the royal court, in episode 5, she’s got on her black kefta with the gold bullion. The camera comes behind her and it’s just lit so beautifully, the lighting was fabulous and you come around – you just got this sense of this gravity of this embroidery in the garment.”

Her favorite character was Nina, although she isn’t a main character. “I know she’s not one of the main six, but I loved just the way… everything about her, the sightly keltic everything just felt like delicious and wonderful and you know we see her in the worst, we see in the absolute worst of conditions. I absolutely loved designing for that character.” 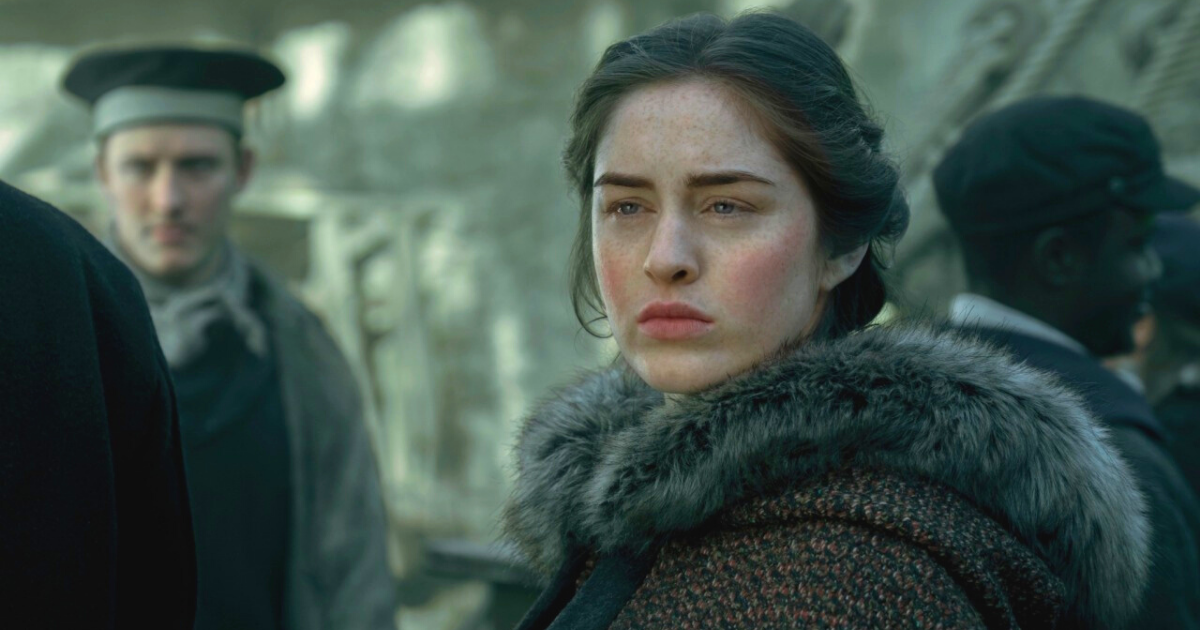 “I mean keftas were such passion that you can’t pick one, although I really did like Genya’s cream version, the cream one was you know I had to have a favorite roller keftan that was the cream on cream it was just delicious.”

“I also loved the back of Kirigan’s, we didn’t do get too many shots of it, with the back the way it splayed out it was like this tree that encompassed the entire part of his back all the way from the hem of his garment and up over the shoulders and it just felt like his shadow encompassed him as much as his discipline to manipulate shadow that felt I like his kefta really encompassed him in that sense.”

When she was asked about the crows, she said she will have so much fun with them in season two. “We could have so much more fun with our three crows. I think that they’ll, you know, they will probably be blossom into even more fun.”

What kind of flavor can we expect from season two? According to Wendy Partridge, the answer is simple; more of season one. But I don’t think we mind at all because of the wonderful visuals Partridge conjured up for the first season. 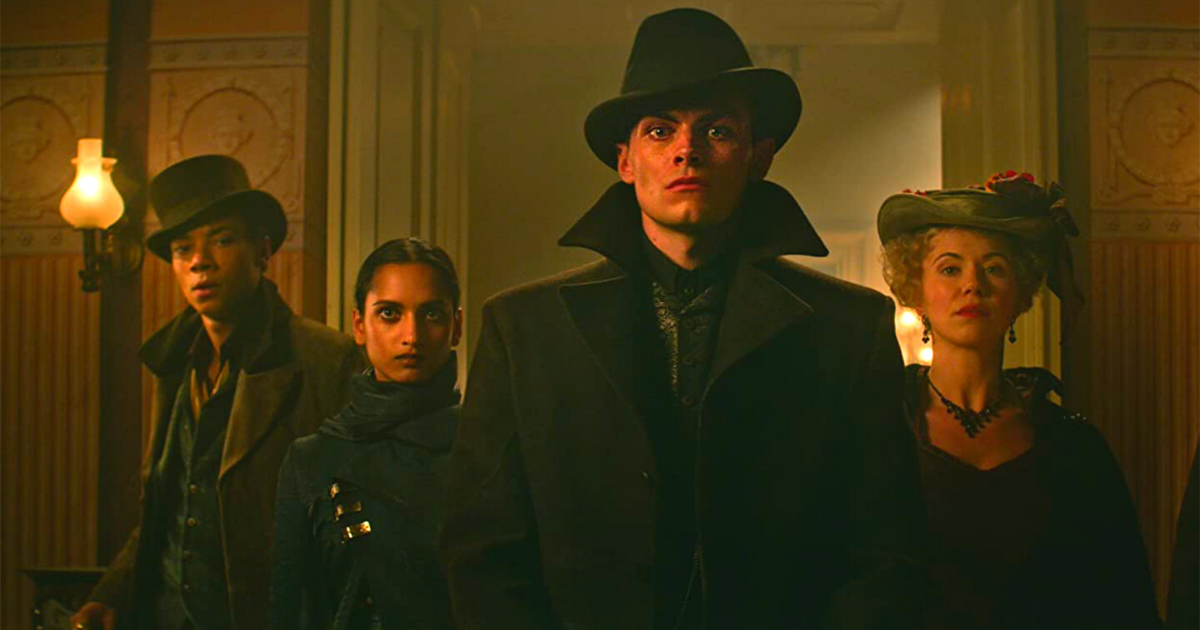