Dune, Blade Runner: 2049 Inferno, The Witcher – a few of the many major productions made at ORIGO Studios in Budapest. The 10-year-old studio complex became a tentpole of film making in Europe. How it was built – from the first idea to its present state: István Kovács, one of the founders tell us the secrets.

It all started with an ice cream. Opposite to my office on the Böszörményi road is the Rigó Jancsi confectionery, where in the summer of 2003, I met producer Gábor Varga for a conversation.

In the summer of 2003, the new Film Act concept came out. Based on that, we saw that plenty of tax breaks and subsidies would be available for investments in the film industry. The government apparently wanted to develop the Hungarian film industry.

At first I rejected the idea of setting up the studio, but later I changed my mind, but I made it a condition to set up a Hollywood-quality one in Budapest and prepare the studio for a significant volume of export work, and then I would be happy to be a partner.

I undertook the pre-financing of the film studio’s business plan together with my company, and Gábor brought the film connections and background. After that, we were looking for a Hungarian architectural studio that could be able to prepare the technical concept plan, visual design of the film studio and the preliminary cost calculation of the investment. Without this information, it’s not possible to create a business plan and a successful presentation.

We asked László Benczúr, a Ybl award-winning architect, who liked our idea because he considered it a great professional challenge to design a new Hollywood-quality film studio.

Róbert Győri emigrated to America after the revolution of 1956 as a young man, and then retired as a technical director of Fox Studios, rising through the ranks in Hollywood. In the meantime, he gained a huge network of contacts in American filmmaking.

Robert arranged for us to meet and consult with engineers and operations personnel at the largest Hollywood film studios. We were able to see what the state-of-the-art technical, architectural, and operational solutions are, what are the leading Hollywood practices and experiences in this field. Based on the study trips to Hollywood, we introduced new technical solutions, modern operating principles and successful operating solutions to the Hungarian film industry by establishing the ORIGO Film Studios.

The arrival of important investors

After preparing our business presentation, which we gave to about 30-40 American film companies – with the help of Gábor Varga and Ádám Terták – in Hollywood and New York, we went looking for a reliable American strategic film partner to implement the Budapest film studio investment.

We organized presentations for Hollywood film companies in the HQ of ITD Hungary. Based on the experiences of these 30-40 presentations, Raleigh Studios Hollywood eventually became our American partner.

They also saw European film studios becoming more and more popular among major American productions, especially those where external on-site filming with a European background could be easily organized and where the tax credits they received were very attractive.

With Mark Rosenthal, President and CEO of Raleigh Enterprises, we signed an exclusive 15-year film industry cooperation agreement covering 10 countries in Central Europe. The strategic agreement was signed at the residence of Balázs Bokor, Consul General in Los Angeles.

The Hungarian Development Bank (MFB) has stipulated that Raleigh Studios must also be an investor in ORIGO Studios and take at least a 40% stake. Michael Moore, who was the CEO of Raleigh Studios Hollywood at the time, visited Budapest many times to assess whether the city was suitable for a foreign film crew.

ORIGO was opened 10 years ago

Together, Hungarian business consulting companies and professionals have created the largest and most modern film studio in Central Europe. In the spring of 2010, we have opened the ORIGO Film Studios first for Hollywood and then in Budapest.

With seven years of hard work, we organized and built the new film studio in Budapest, which has been operating successfully for 10 years. The dream of the founders has come true!

The work was made very difficult by the pandemic, but it was not completely halted. American crews worked at ORIGO Film Studios in early 2020 when COVID hit.

In America, film production is a professional business. The American Film Academy has a precise schedule for the screening of the films, with serious preparation and organization.

In March, due to COVID, there were fewer and fewer civilian flights, but until the last minute, US experts worked on preparing the filming. Many only went home with the last charter flights. There were those who left their personal belongings there, like laptops in the hotel, or in the office because they were in such a rush, these filmmakers literally had to flee back to America.

I think that the American crews appreciate the safe working conditions we provide at the ORIGO Film Studios and gladly come to work with us. We are prepared for everything, and we are ready to protect foreign and domestic employees alike and allow shooting by safe working environment. This one will be a difficult year too, but the management has done a very good job and we are confident. 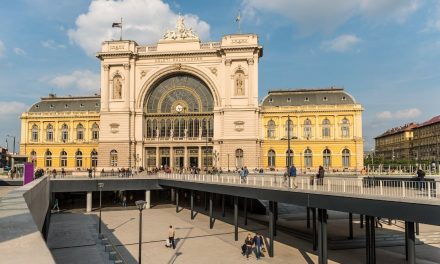 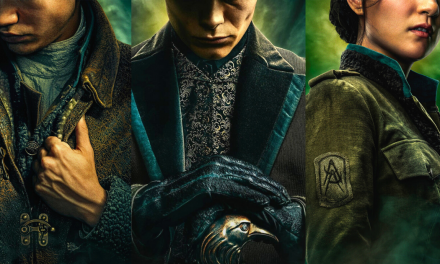 How Wendy Partridge designed the costumes in Shadow and Bone