648
VIEWS
Share on FacebookShare on TwitterShare on LinkedIn
ADVERTISEMENT

It’s October once more and the taste in cinema draws back to horror movies. Horror films can come with a variety of traits. They can be scary, bloody, cerebral, uncomfortable, and even funny at times.

While everybody has their own definition of what a horror movie is, the various subgenres all share a commonality of being designed to push audiences to their limits. Whether that limit is how much we’re willing to be scared by monsters or feel grossed out by blood and guts ultimately depends on the movie. Suffice to say, all horror is designed to touch on some taboo and present it in a new way, be it fearful, somber, or comedic. 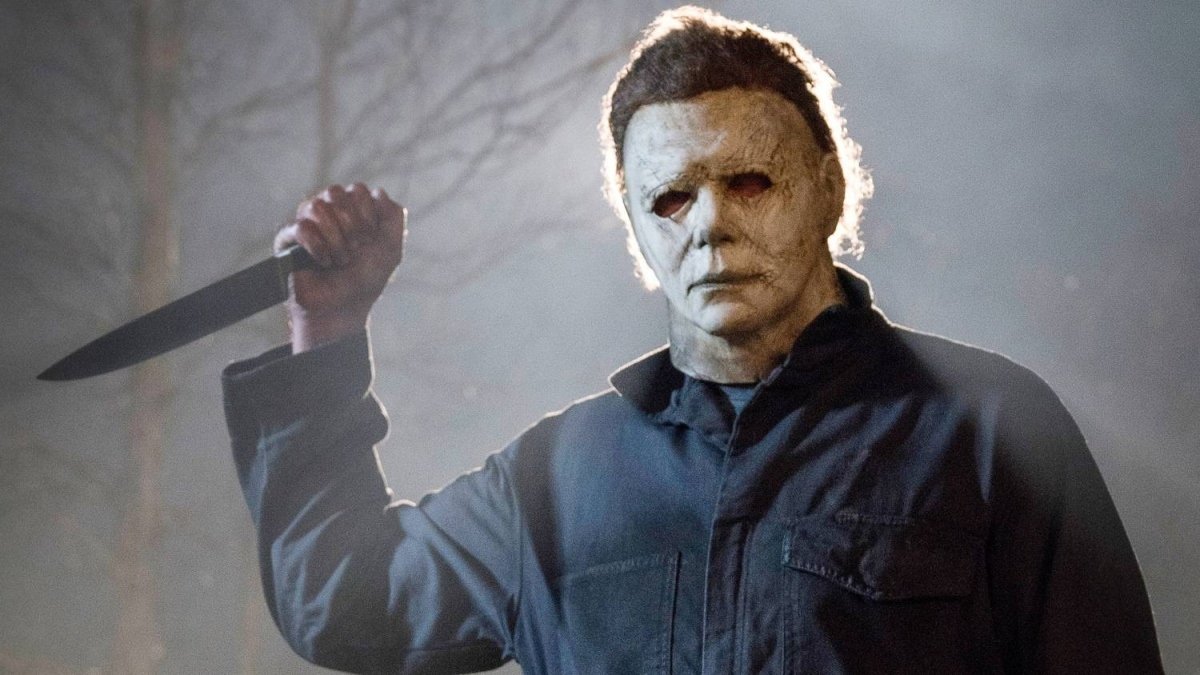 One of the most intriguing scenes of violence occurs when Kevin Bacon’s character is stabbed through the throat while lying down in bed. The effect of the arrow piercing his body required a full body cast from the head down so that Bacon could still act while a fake body was being pierced.

Werewolf transformations prior relied on simple tricks of cutting away or fading the shot to create the illusion of transformation. Special effects expert Rick Baker constructed a series of limbs and faces that would extend and grow, transforming human fingers into wolf claws and a human mouth into a wolf’s complexion.

Not all horror be bound by such expensive animatronics and blood spurts though. Some merely rely on clever staging and camera tricks. Stanley Kubrick’s “The Shining” is shot in such a disorienting way that makes one feel uneasy.

“Evil Dead 2”, while mostly featuring graphic violence, has a clever sequence where the camera takes on a point of view of the monster that follows the character of Ash in and out of the cabin. There’s also the classic yet overused jump-scare method, where the soundtrack drops and something loud pops out of the darkness or from behind a corner.

So what makes a great horror movie? Obviously, it takes more than a handful of fancy makeup, effects, and camera work to become a notable horror film. After all, the likes of such classic Universal monster movies like “Frankenstein” and “Dracula” featured limited displays of violence and are widely regarded as horror classics. While it is debatable what makes a good horror film, a general basis for what makes a horror film appealing is to challenge some aspect of one’s own mortality. 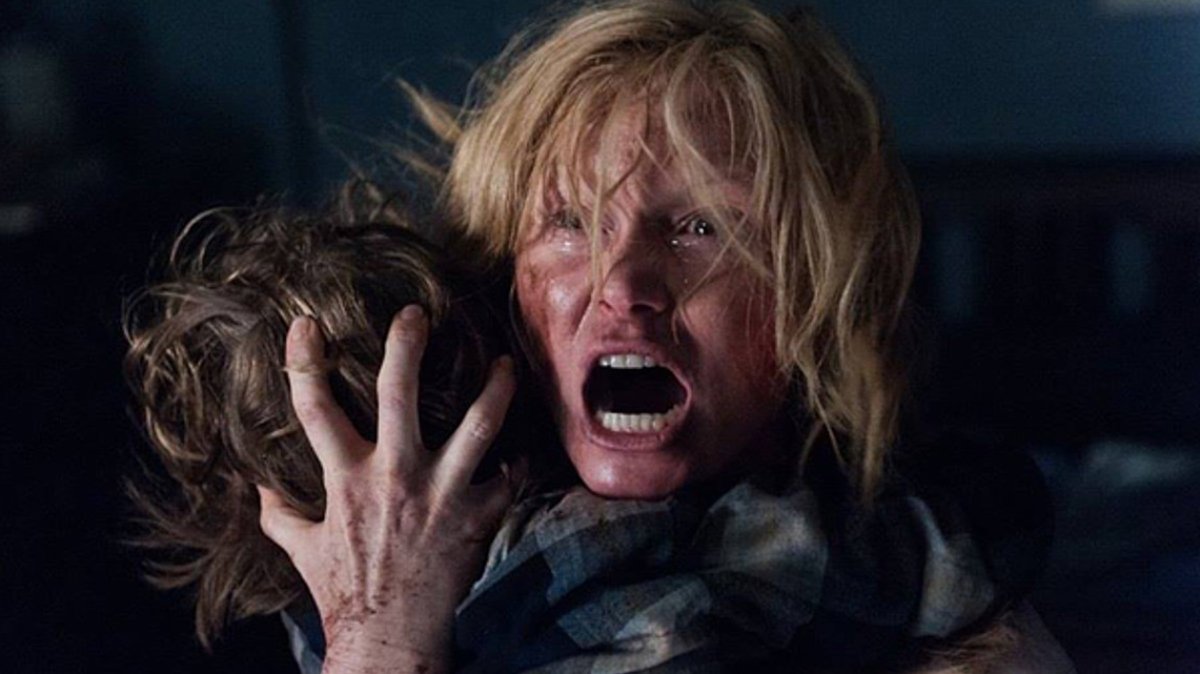 This doesn’t need to be as simple as a slasher in the closet or a monster under the bed. Horror films often have central themes they draw upon to make the frightening elements all the more interesting. “The Babadook” is a perfect example of this. The film follows a single mother trying to get over the tragic loss of her husband.

Her struggle with grief soon takes the form of the Babadook, a scary figure who lurks in the shadows. The Babadook itself is kept mostly hidden and this is to stress how the villainous spirit is more of a personification of grief. The film ends with the mother not so much defeating the Babadook as she learns to live with it and control it as she does her grief.

The unique themes are perhaps most obvious in the subgenre of social horror. Social horror tends to use the genre of horror to focus more overtly on a topical issue. Jordan Peele’s “Get Out” is perhaps the most notable in this area. The film centers around a collective of rich white liberals who want to place their brains inside black people. 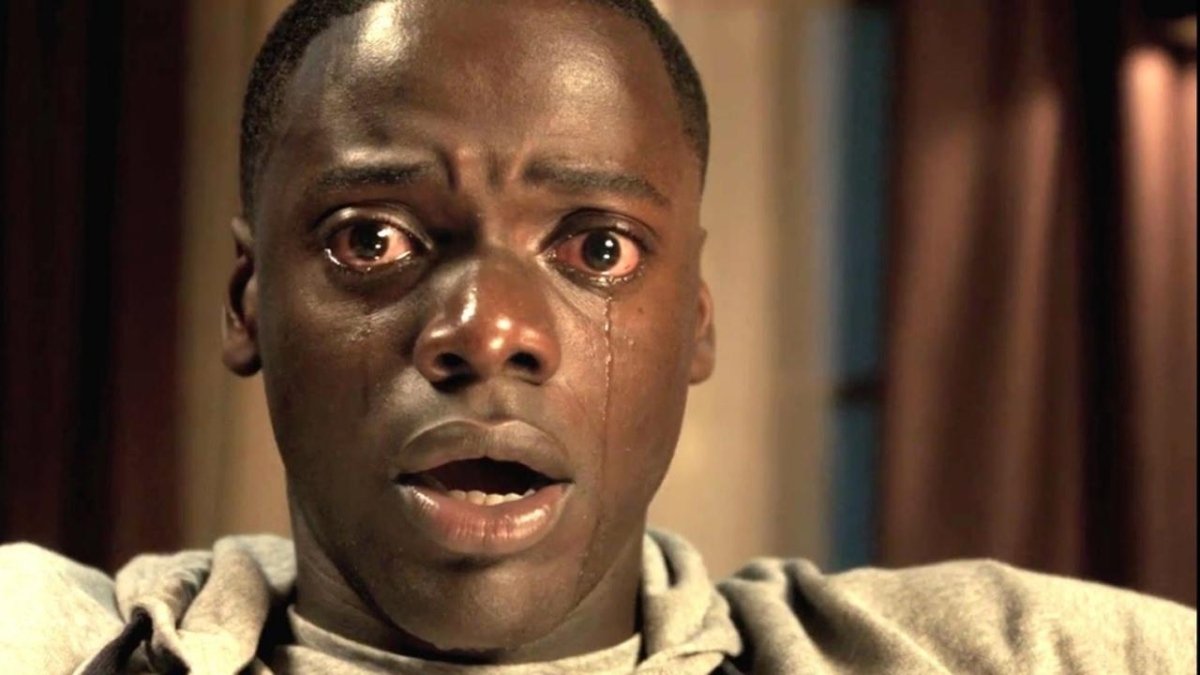 Nitpickers love to say this concept doesn’t make sense until you consider that the targeting of black people is meant to reflect how white liberals can claim to not be racist while directly profiting off of a model that requires the subjugation of black people. It’s not a simple film about racist white people because it’s tackling a more complex issue that is easier to communicate in a horror setting.

Another notable social horror worth mentioning is “Ready or Not”. Taking place on a wedding day, the newest addition to the family becomes engaged with a deadly game of hide and seek. The game itself is meant to keep the rich family alive as their pact with demons requires that they play games and kill people in order to maintain their lifestyle. Again, this is a story highlighting a more complex issue about how the wealthy will often do anything to stay in power no matter how immoral.

So let’s say you want to make a horror movie. How much money would you need? Compared to other movie genres, horror is surprisingly cheap. Most horror films tend to not be very expensive and this model has ensured that horror is a profitable genre worth pursuing. 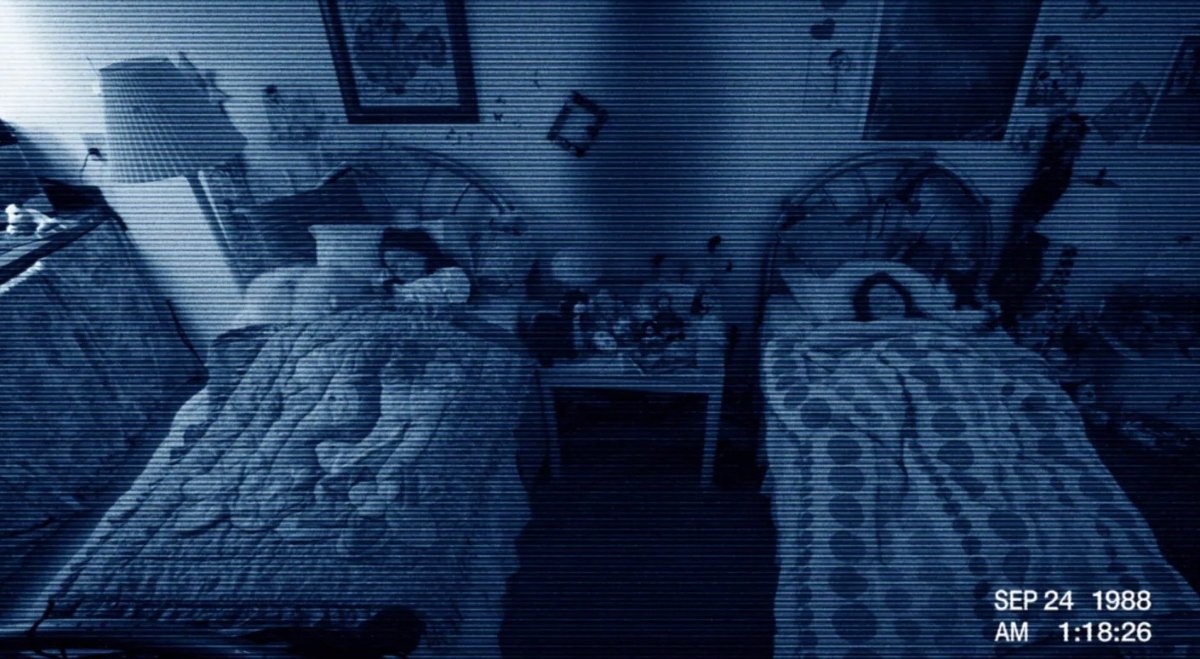 One of the most successful horror films on a shoestring budget was “Paranormal Activity”. This found-footage horror film had a budget of only $215,000 (with $15,000 of that used on production) and relied mostly on a word-of-mouth campaign to reach audiences. The result was a horror hit that made nearly $200 million and would proceed into a franchise all its own.

With all these aspects of horror films considered, which ones are the best? Since horror has so many flavors, it’s hard to reduce the choices in the best to a handful. Rather, it may be easier to reduce it down to subgenres to note what works best. 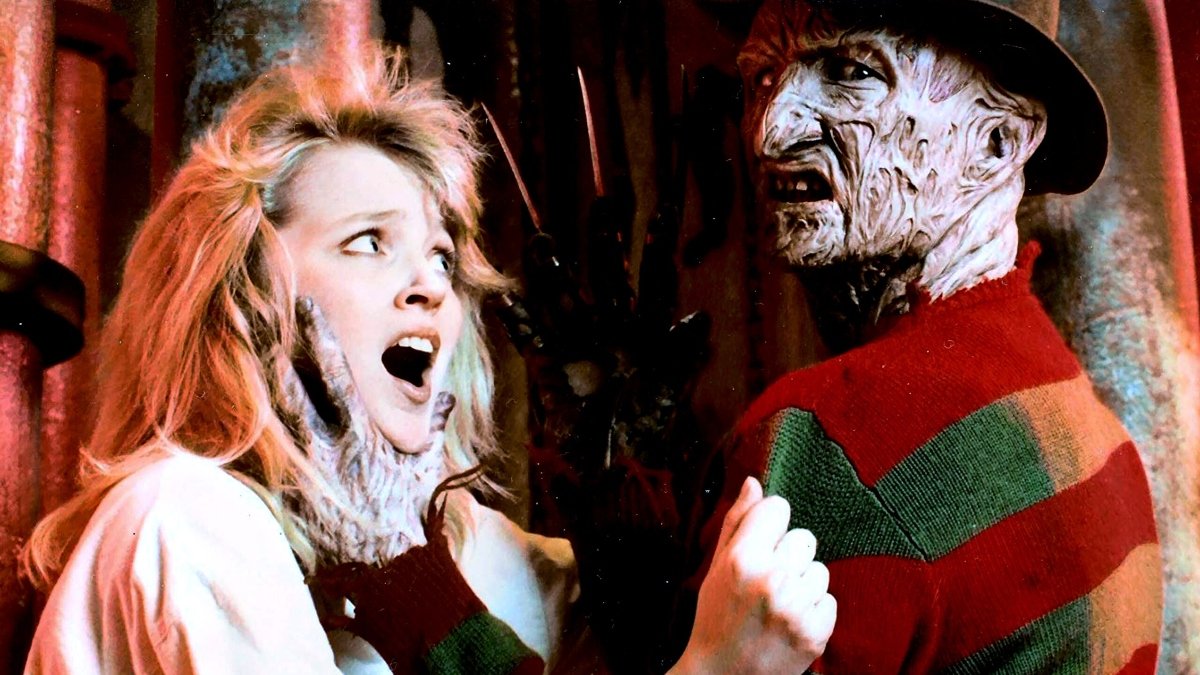 If you want the best slasher films, you can’t go too wrong with the franchises of “Friday the 13th” and “A Nightmare on Elm Street”. If you want grotesque body horror, consider “The Thing” or “Videodrome”. If you appreciate more sci-fi with your horror, an easy recommendation would be “Alien” but a more cerebral picture worth checking out is “Under The Skin”. 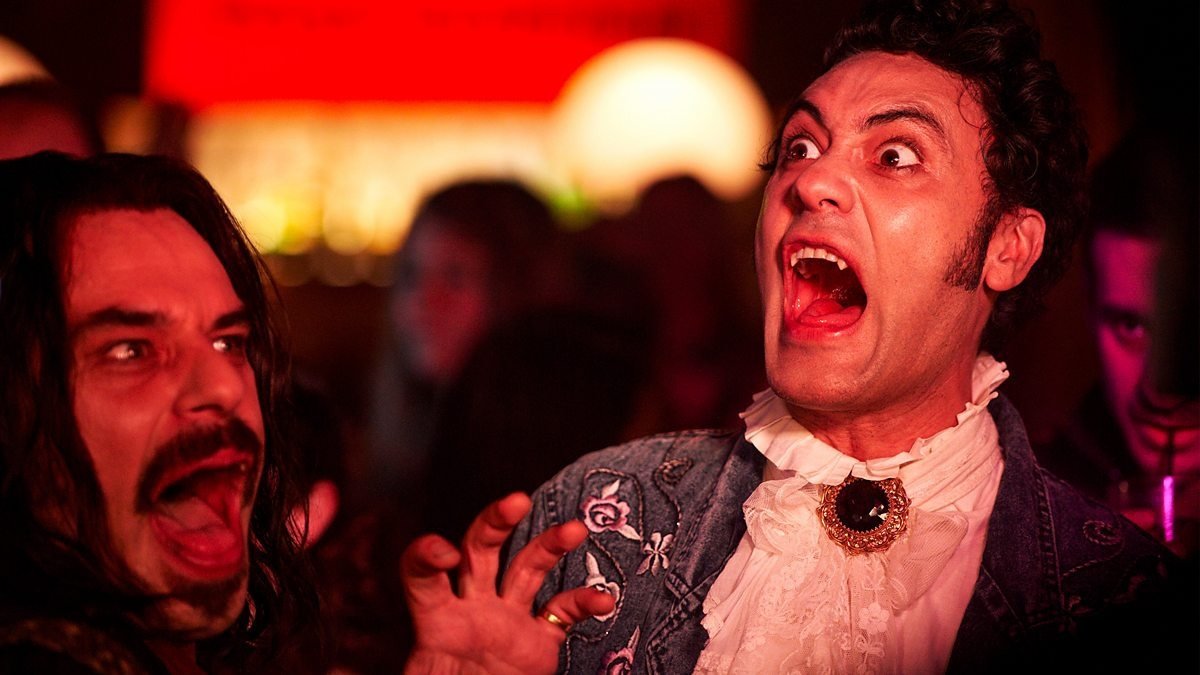 And if you don’t like so much of the dread but still want to dabble in some horror, there are plenty of more comical entries along the lines of “Young Frankenstein”, “What We Do In The Shadows”, and “Tucker and Dale vs Evil”.

There are so many aspects to this genre that it’s practically impossible to despise horror movies because there’s a little something for everyone, regardless of your distaste for blood and guts.