How Google Earth was stolen? – The Billion Dollar Code (2021) – Review

How Google Earth was stolen? - The Billion Dollar Code (2021) - Review

264
VIEWS
Share on FacebookShare on TwitterShare on LinkedIn
ADVERTISEMENT

German series have become a mainstay on Netflix. Whether you’re looking for something extremely different like the popular series Dark, or a comedy series about a young drug lord entrepreneur in How to Sell Drugs Online (Fast); the German side of Netflix has you covered.

They even created a medieval war mini-series in the Barbarians, which was one of the most exciting things to happen to medieval series in a while. Despite the success of such amazing series, there are always bound to be some shows that break the barrier and are even more successful.

At least in terms of the German audiences itself, “The Billion Dollar Code” has essentially become one of the most loved German shows to come out of recent time in a very short span. Let’s talk more about this series in depth! 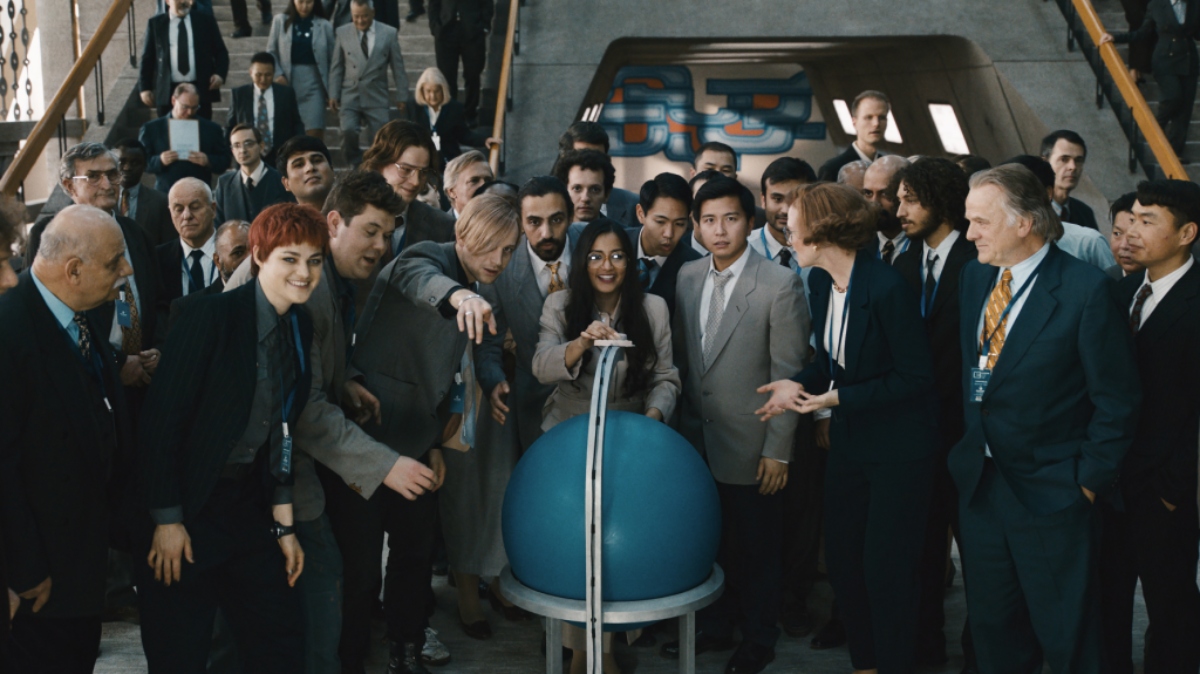 This series is actually based on true events, following two separate yet interconnected set of events which eventually merge into one at some point within the series. The first plot follows a group of young hackers and art students who join together to create ART+COM in 1991, which was a collaboration to create cutting edge state of the art computer programming and digital art seamlessly. This leads to the main part of the story, the development of the incredibly popular 3D mapping software; TerraVision.

The second storyline is based 17 years into the future, in the year 2014. This plotline follows a patent infringement against Google, which claimed that Google had used TerraVision to go on and create Google Maps. This particular part is full of internal meetings, and more intense satirical drama regarding the way mega-corporations seemingly work in the modern world. It went on to show real life companies such as KeyHole Inc, Google, Deutsche Telekom and more.

The writing in this series is sharp, it features both comedy and drama but also adds a layer of actual business related lingo to keep it realistic. There’s a proper sense of scale to the projects these people are working on, as well as a proper sense of weight to their actions and the consequences there of. 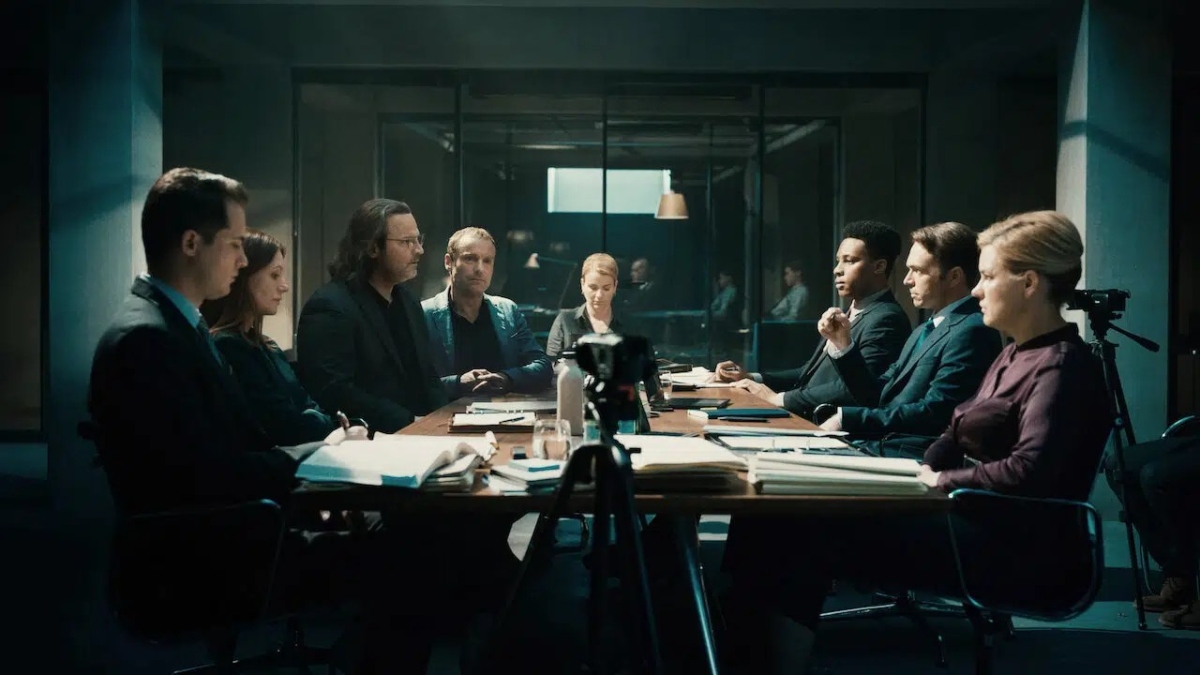 The series’ main back end work was done by director Robert Thalheim and writer Oliver Ziegenbalg, who essentially have mastered their craft with this series. It’s a short series that showcases a huge amount of events in a perfectly compact amount of time.

The direction in particular is something worth speaking about. It’s a series that takes a lot of creative liberties when it comes to showcasing real events. However, it manages to dramatize just enough for a great binge watch, but not enough to disrespect the events that took place.

It’s a creatively directed series that tackles with a lot of issues that are plaguing the tech industry, especially in regards to big corporations using up the resources left by smaller companies. It’s a delicate matter for the people that actually do work in these industries, and it’s treated with the utmost care here.

To be straight up and blunt, this show features some of the best acting I’ve seen in any German shows period. This show has better acting than both “Barbarians” and “How to Sell Drugs Online (Fast)” combined, with some spectacular performances from both the main cast and the supporting cast. Leonard Scheicher as a young Carsten Schlüter as well as Marius Ahrendt as a young Juri Müller were by far the stand outs for us in particular.

Leonard Scheicher just steals the show every time he was on screen, with some fantastic monologues skills and brilliantly written dialogue. Seumas F. Sargent as Eric Spears was another stand out in our opinions, his role was actually quite huge in the series and was depicted brilliantly, due to the amazing writing for the dialogue.

It’s incredibly well shot and edited, the cinematography was done by Henner Besuch, who does a splendid job here at making the shots feel diverse, colorful and uniquely pleasing to the eye. It’s not a Roger Deakins flick by any means, yet it still has a beautiful aesthetic to it that just pops out enough for you to be able to enjoy it as a viewer.

The editing on the other hand is quite reminiscent of “How to Sell Drugs Online (Fast)” yet it’s not as campy, fast or teenage-y as that series. It’s a sharply edited series, with lots of cuts and transitions, as well as a ton of really awkwardly edited episodes. The direction does play a huge part in this, as director Robert Thalheim really wanted this to be Germany’s Silicon Valley, although based on true events.

I have to praise the production crew for this show, in all honesty I did not expect this series to look as beautiful as it did. However, once I watched it, I was mesmerized by the set design in particular. I guess that was to be expected, since this was filmed at Origo Studios in the beautiful city of Budapest, Hungary.

Origo Studios have done much, MUCH larger projects than “The Billion Dollar Code”, however this series turns out to look just as beautiful as anything else they’ve touched. Maybe aside from “Blade Runner 2049”, but that film was unique, Origo Studios AND Roger Deakins? That’s just an insanely powerful collaboration.

The one thing that I did not like much about this series was its use of music. It almost always relied on synth-based soundtracks, with lots of drum machines but there were no real mood setting tunes. Every other song in the series was just upbeat, and while that might work for a series like “How to Sell Drugs Online (Fast)”, it doesn’t work in this business series. It should have had at least a few somber songs that brought in more gloom to the characters’ situations. 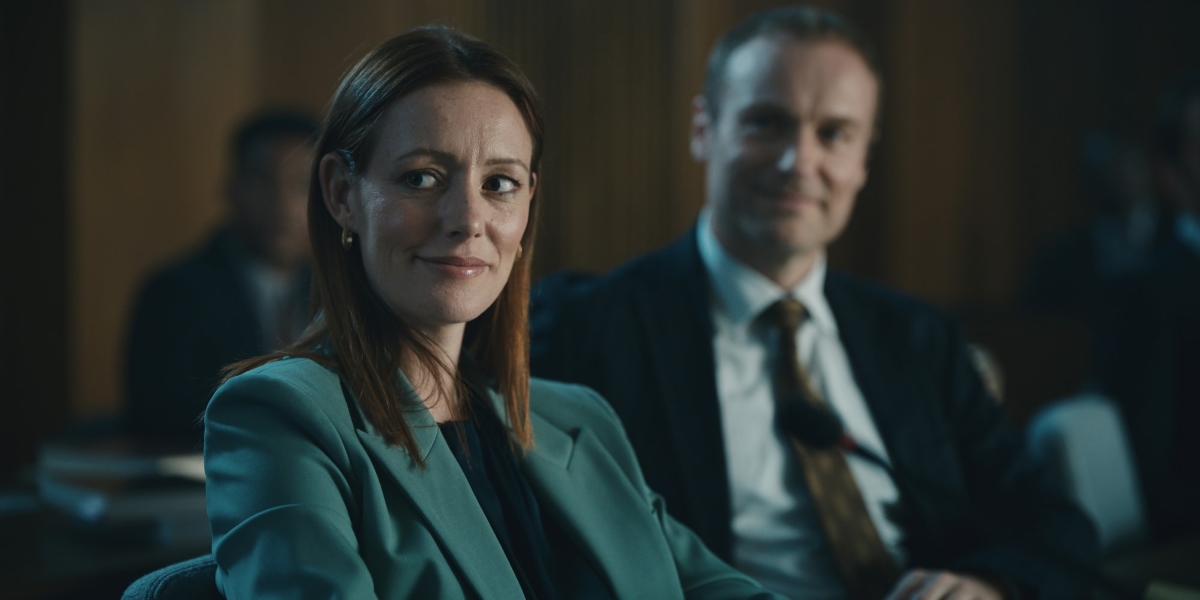 In conclusion, “The Billion Dollar Code” managed to exceed every single one of my expectations and actually blew me away. This was a series that had almost little to no promotion outside of Germany, yet it still managed to be one of the most mesmerizing, well made and incredibly well written mini-series to date.

Germany’s Netflix game has definitely risen to the absolute top in recent years, which just leaves other countries a bit behind on their content. I would suggest everyone else to step up their game, because with productions like this, the German side of Netflix is going to dominate the world.