716
VIEWS
Share on FacebookShare on TwitterShare on LinkedIn
ADVERTISEMENT

There’s a lot of tricks that filmmakers use to ease the audience into the tone they want to establish. A moody soundtrack may give us the impression of a deeply sad picture.

A quickly-cut sequence of events creates the pacing of an exciting film with an exhilarating energy. But there’s another aspect to consider that immediately tells our brain what kind of film we’re in for and that’s color. 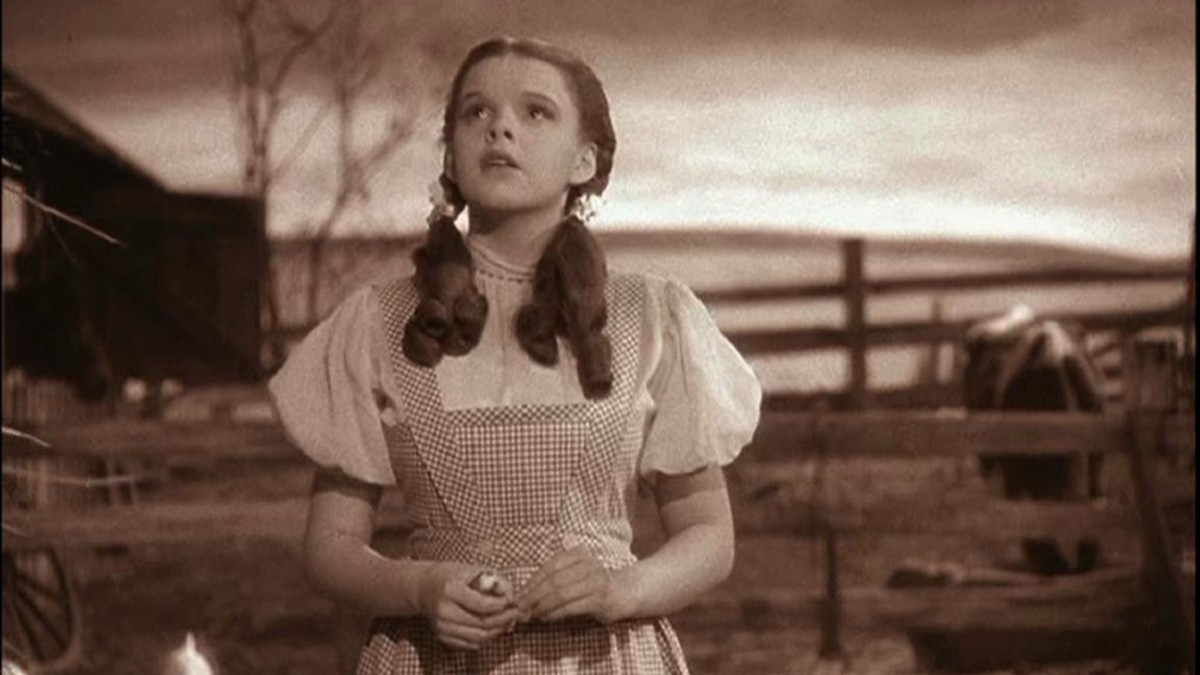 Color creates a certain mood that can be either subtle or striking. One of most notable clever uses of color can be seen in the cinema classic “The Wizard of Oz”. For the first few scenes that take place in Kansas, Dorothy’s farm home is portrayed in a sepia tone.

It’s an off variation of the familiar black-and-white format that is given a dirty and dusty look. We get the sense of a midwest farmland that feels somber, further focusing on Dorothy’s plight. But when her house is caught in a twister, she ends up in the land of Oz and the color changes. Oz is portrayed with vividly bright colors of the eye-popping Technicolor innovations that heavily contrast with the sepia tone. 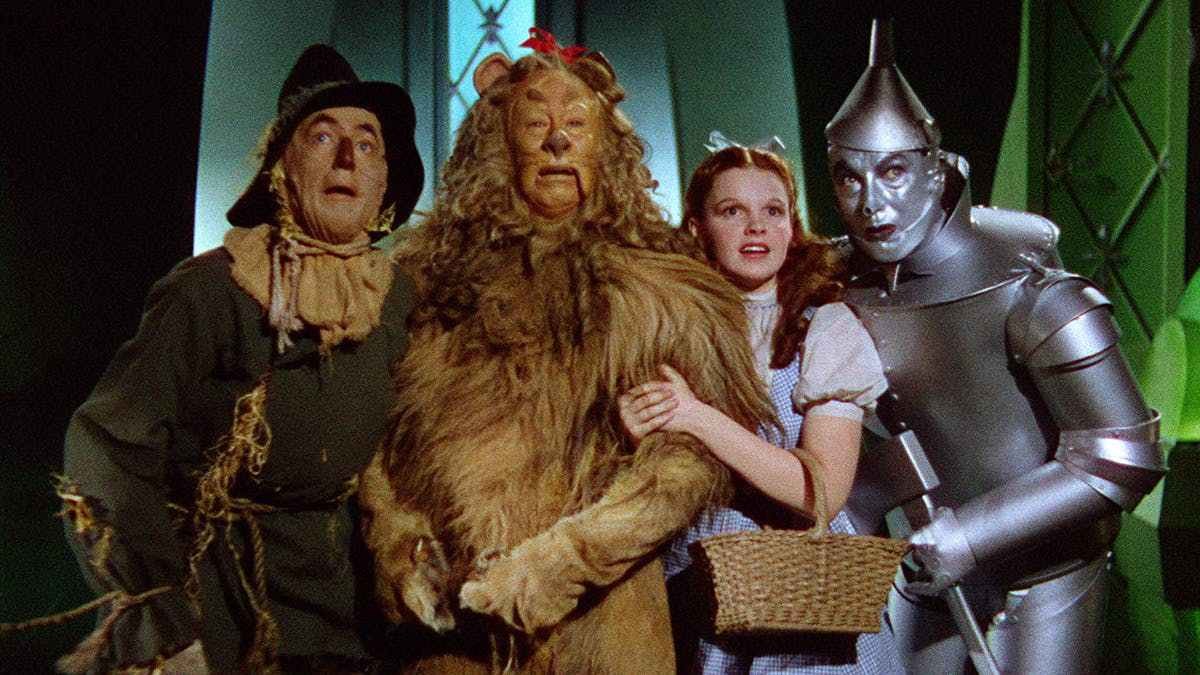 That film came out in 1939, however, and took a lot of creative staging to create these colorful effects. Consider the moment where Dorothy first opens the door to reveal the color world of Oz. If that scene were shot today, it would most likely have a compositing effect to separate the sepia tone from the Technicolor.

However, since such technology did not exist, the filmmakers favored a stand-in for Dorothy wearing a sepia dress inside a sepia-painted farm home. So all the sepia effects you see with the first reveal of Oz is just the Technicolor effect with sepia colors to fool the eye. 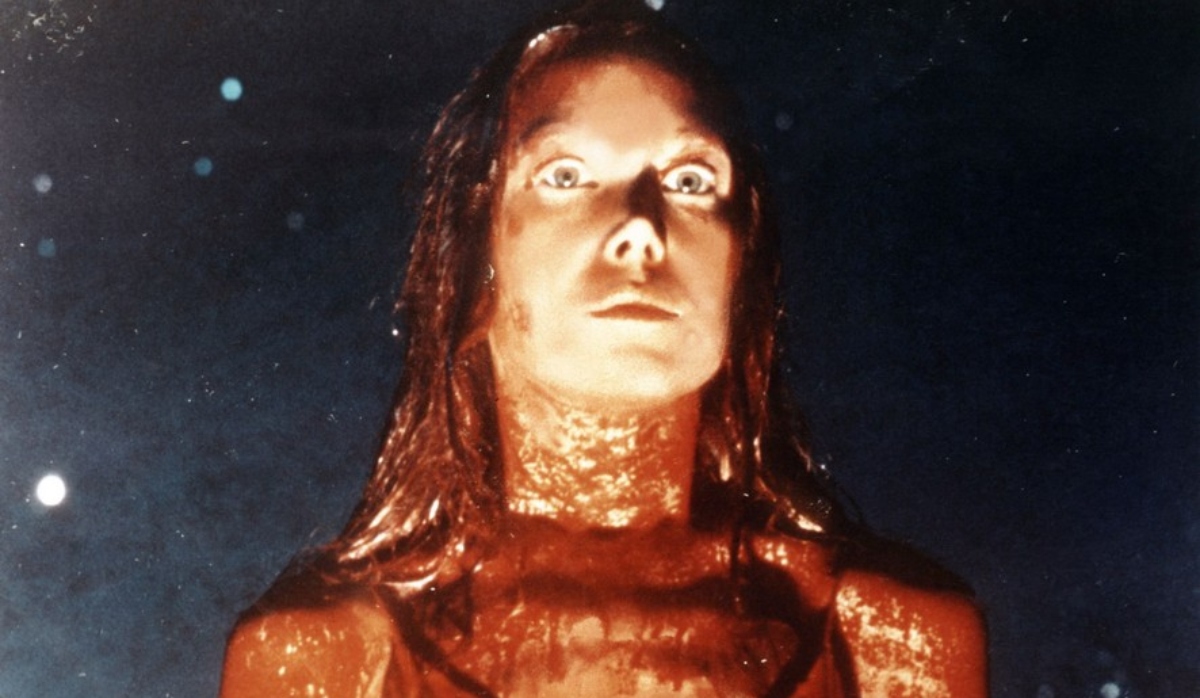 Altering color for film to create different effects mostly relied on lighting as colored movies became more common. Sometimes that color would be explicit to create an immediate mood. You can see this aspect of terror best illustrated with the abundance of red in horror movies. No horror movie has more red to its color palette than 1976’s “Carrie”. When the unfortunate teenager becomes saturated in pigs blood for a cruel prank, she is coated in a deep red.

The lighting then changes to a more vibrant red as her psychic powers unleash hell on the prom. It’s such an effective way to create a grisly sense of intensity and remains one of the best colors to push into the horror genre, whether it’s for the blood that is spilled or the ominous lighting of a situation. Just take a look at a handful of horror movie posters and screenshots and you’re bound to see a whole lot of red. 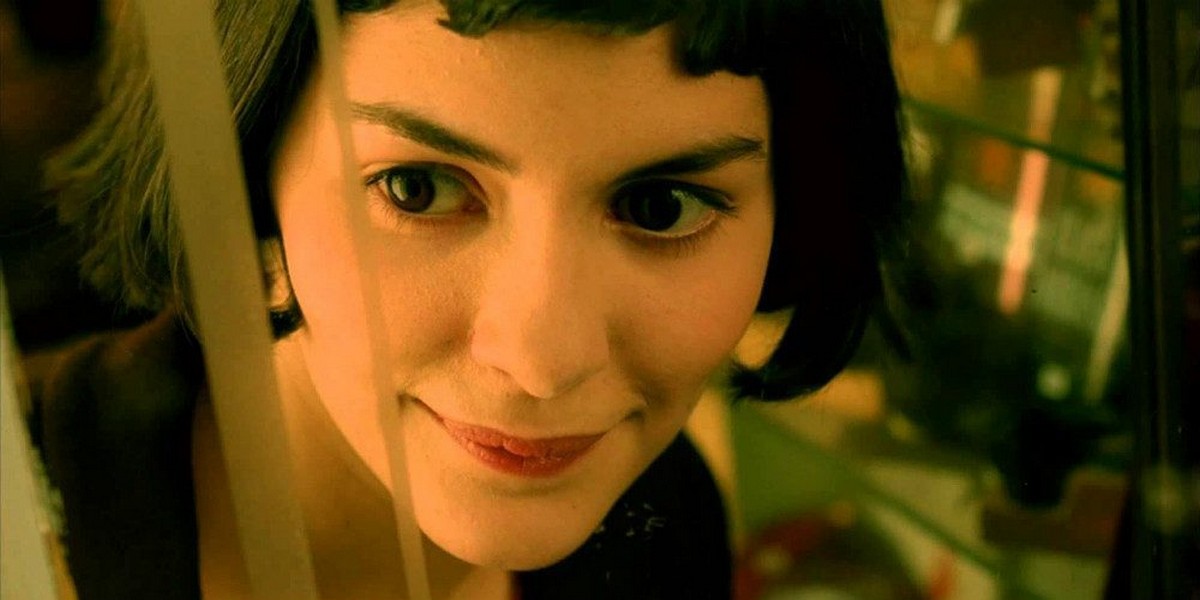 Color can also tell us a lot about the sensations of a scene. Take a look at the warm colors of oranges, yellows, and reds in 2001’s “Amélie”, a tender and nostalgic drama. There’s a dreamlike and welcoming quality for such a portrayal, giving the impression of a warm summer day or a cozy evening by the fire.

You can sense the warm colors in every scene, even when the sky seems to be clear. We’re wooed into this world and its tone by the very colors presented. This type of color is ideal not just for sweet drama but comedy as well, considering that Amélie has an equal mixture of both. 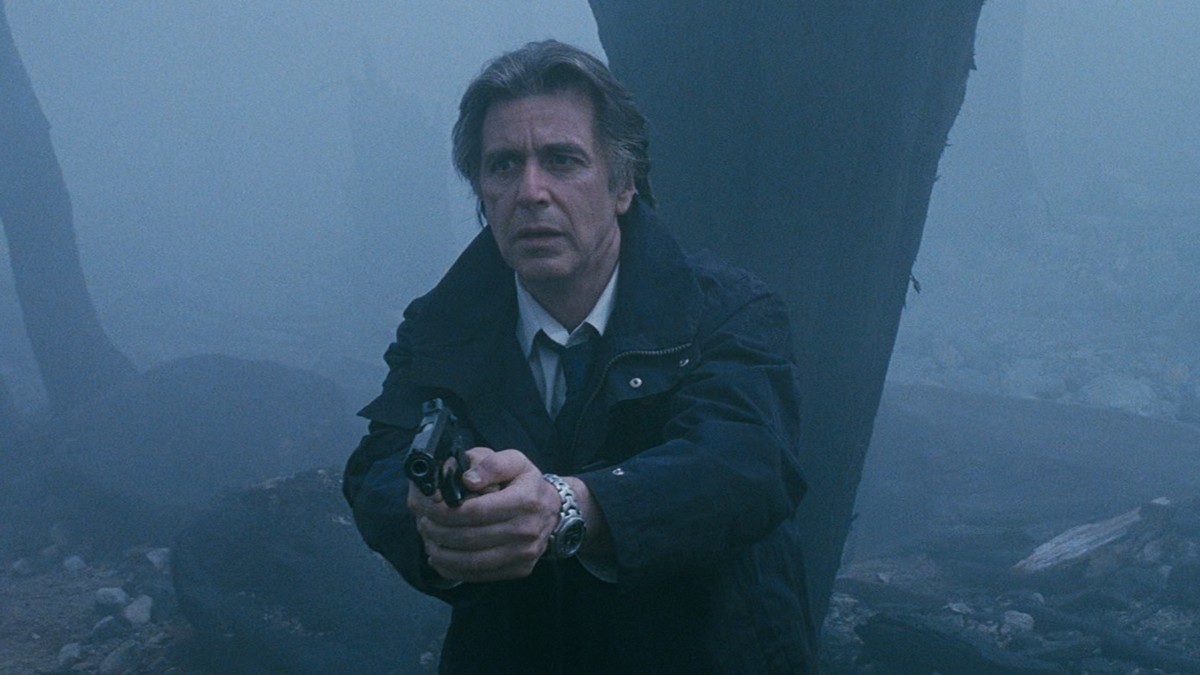 Now let’s look at the other end of the spectrum with cool colors. Blues and greens create this sense of sadness and unease. If you look at Christopher Nolan’s “Insomnia”, the scenes that may stick out most are where our characters traverse through the fog with guns drawn.

Note how there’s a blue tint to the fog that paints the scene as being dark and moody, suggesting that something sinister is just over the horizon. The blue envelopes this scene and nearly swallows our characters in its haze. You can almost feel the chill run through your spine for both the wintery setting and the tension of discovery.

Cool colors are often ideal for thrillers, detective movies, and war pictures. There’s an emptiness that comes with such staging, stressing the dark nature of violence or the hideous uncovering of the evils of man. It can also clash well with neon colors to portray the alluring nature of either a neo-noir or dystopian picture.

A perfect combo of both can be seen in Ridley Scott’s “Blade Runner”, a futuristic detective story taking place in a dystopian Los Angeles. Los Angeles has a cool color to many of its city street scenes where the rain never stops but also some lavish advertisements that loom overhead. We get the sensation that much of the turmoil in the streets is a product of the colorful display, placing a great distance between the lavish and the poor. This mixture of colors can communicate not just the mood but tell about the class differences. 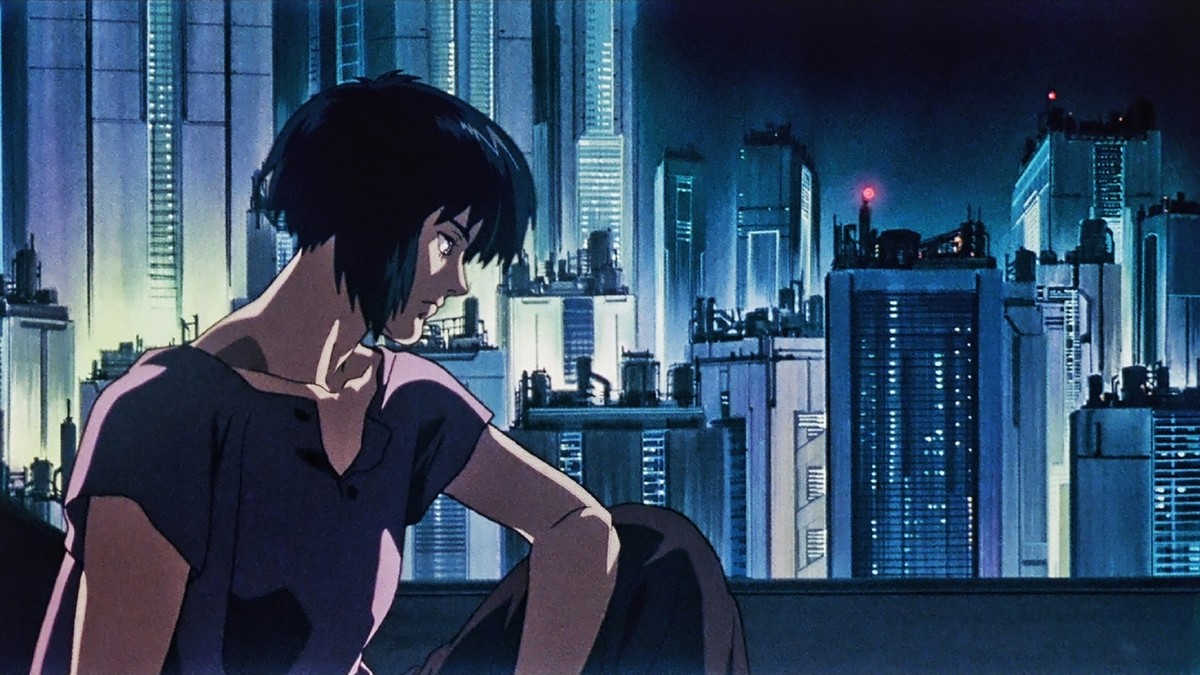 It’s interesting to see how many modern color templates in digital editing can drastically change a movie. Take Mamoru Oshii’s “Ghost in the Shell” for example. The 1995 sci-fi animated film was a notable feature for its animation but also its green-tinted world, reflected by the digital displays of the many computer screens. However, in the 2000s, Oshii decided to switch gears from the cool to the warm colors. His sequel to the film, “Ghost in the Shell: Innocence” (2004), switched out the green for the orange, where warmer colors were favored.

Later, in 2008, Oshii would compose “Ghost in the Shell 2.0”, a new version of his original film where the greens were swapped for the orange palette he now favored. Though “Ghost in the Shell” has remained since with the original version of its cool look, it’s fascinating to take a glimpse at how much the tone can change with the swapping of color tones.

A film that once seemed cold and detached to match the cyberpunk atmosphere took on a more dreamlike quality with the warmer colors. It’s perhaps the best example of showcasing how different tones create different movies, considering “Ghost in the Shell 2.0” is more of a footnote today for not being as favored. 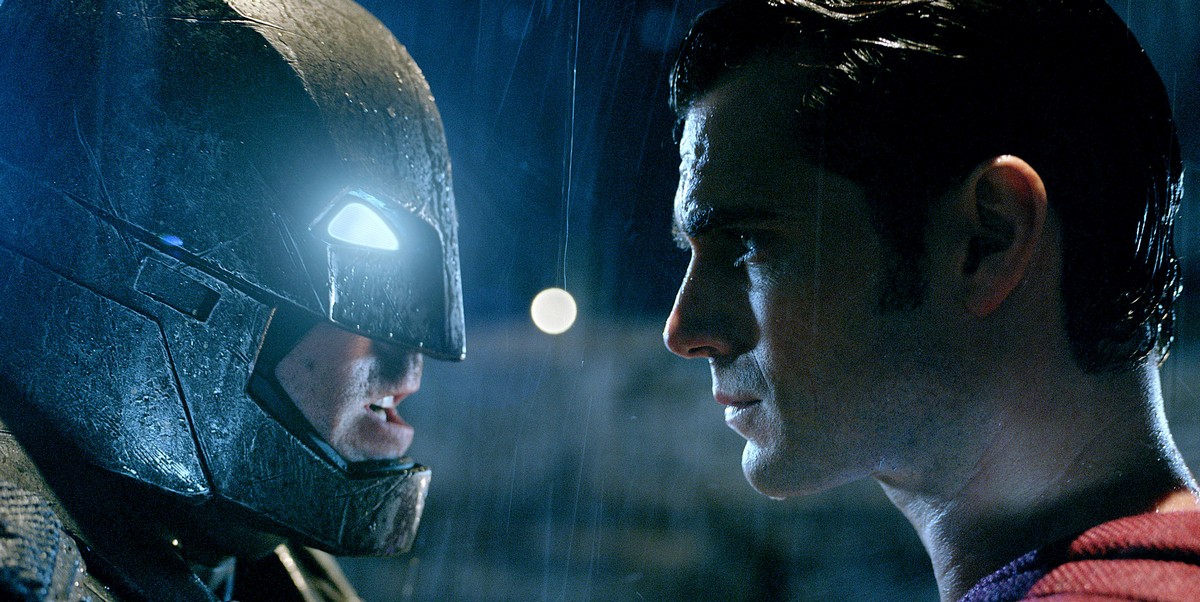 You can see how vibrant coloring in films shapes our perceptions and moods. “Batman v Superman” was a film that wanted to be taken seriously so it went with a more washed-out and cool-colored look. Spielberg’s “West Side Story” wanted to be bold and romantic, hence the hot-colored dresses and warm look to the New York City streets. It’s a crucial component that places the audience in the right mood for the right movie and is something worth paying attention to when it comes to stellar filmmaking.

The Golden Age of Sci-Fi Production in Hungary is Now

BTL Workers of the Film Industry: The Set Decorator