152
VIEWS
Share on FacebookShare on TwitterShare on LinkedIn
ADVERTISEMENT

2021 certainly felt more like a return to form when it came to movies. With theaters having been shut down in early 2020 due to the Covid-19 pandemic, few big films were released seeing as how most of them would head to streaming services or video on demand.

The film landscape had changed so much that the Academy Awards extended their due date until early 2021 for films to be eligible. That’s certainly going to make things more confusing come the next Academy Awards. 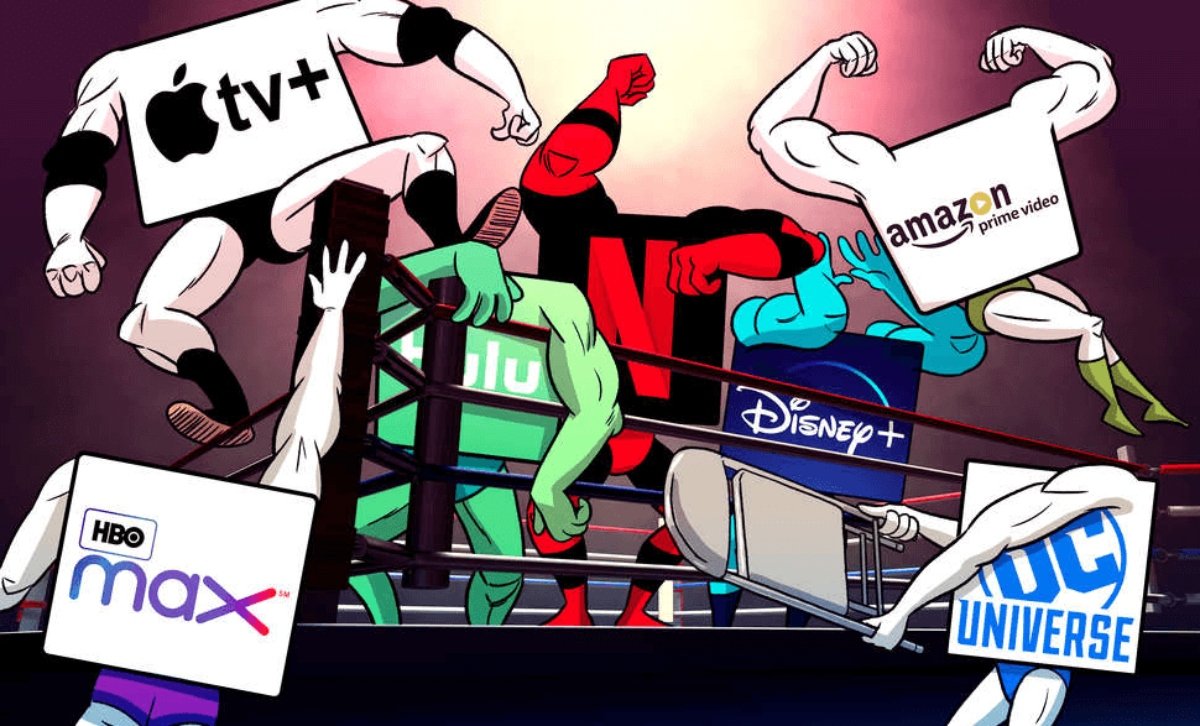 As theaters began opening back up in 2021, bigger movies would return but with a much different release model. Since 2020, numerous streaming services have cropped up in the ongoing stream war, where studios are developing their own platforms. This includes HBO Max, Disney+, Peacock, Paramount+, Hulu, Amazon Prime, Netflix, and numerous other services. Once 2020 revealed that streaming could be an alternative to the theater, more theaters started embracing this release model for 2021.

By the end of 2020, Warner Bros made a huge change to their release format. They intended to release their biggest and most expensive of studio films in theaters but also on HBO Max at the same time. The studio stayed true to their word and every Warner Bros 2021 film could be watched in theaters and at home.

This included “Space Jam: A New Legacy”, “The Suicide Squad”, “Dune”, and “West Side Story”. Other streaming services soon followed with similar release models for Paramount+ (“Paw Patrol”, “Clifford”) and Peacock (“Boss Baby 2”, “Halloween Kills-2). It’s uncertain if these streaming services will continue this trend into 2022. 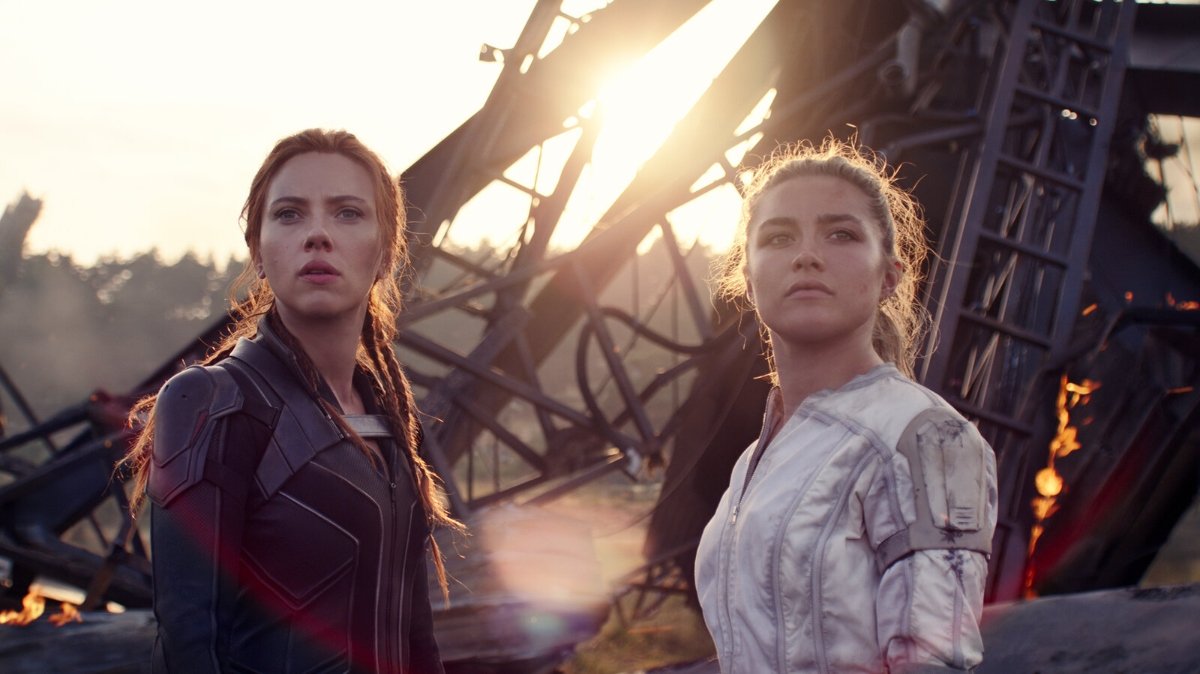 Disney followed with a more costly route. A handful of Disney films could be watched at home the same day they hit the theater but at a heavy cost. You didn’t just need a paid subscription to Disney+ but pay an additional $30 to watch one of their theater films at home. This included such films as “Raya and the Last Dragon”, “Black Widow”, and “Jungle Cruise”.

By the time fall rolled around, however, Disney would drop this model to favor theaters exclusively. That being said, Disney has decreased the time between when their films are released in theaters and when they will appear on Disney+. Shang-chi, released to theaters in September, is already on Disney+ and the following Marvel film of “The Eternals” (which hit theaters in November) is due on Disney+ in January.

Studios are still favoring exclusive releases on their streaming platforms though. Amazon Prime has not boasts their own original movies but have taken on films from Paramount. This included such notable films as “Coming 2 America” and “The Tomorrow War”.

Disney+ would keep Pixar at home with the streaming exclusive premiere of “Luca”. Netflix also acquired the streaming rights to Sony‘s “Mitchells versus The Machines” and it has been widely revered enough to warrant a home video release and theatrical release after streaming. Clearly movies will never be releasing the same way again.

There has also been some strong reactions to films from a political standpoint. In June, Hungary passed an anti-LGBT law that restricted any LGBT representation for minors. This law would restrict a number of films and television from being promoted to kids if they featured homosexuality. Such films affected would include “Mitchells versus The Machines”, which features the college-bound protagonist stating she has a girlfriend after attending school. 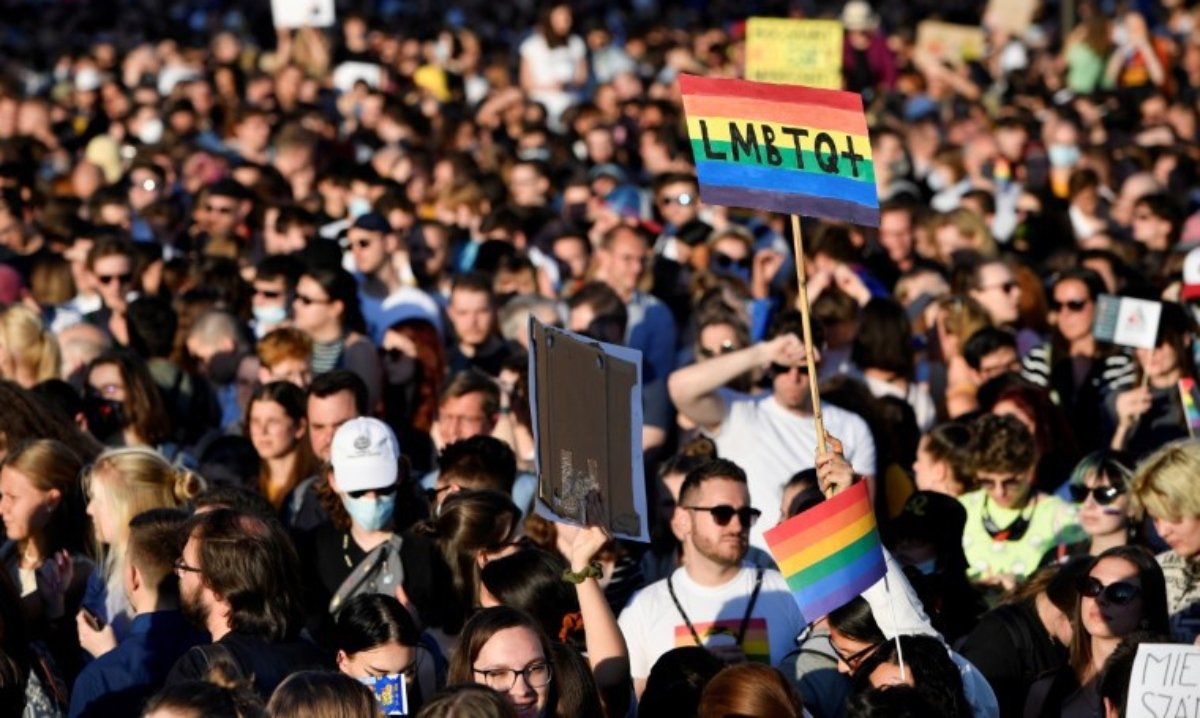 The law was quite reminiscent of how China screens international films that will hit their theaters. Any films that are critical of government, police, or promote LGBT values are often banned from the country.

It’s why 2021 featured the most Marvel movies not to play in the heavy market of China. This includes “The Eternals”, which is the first Marvel Cinematic Universe entry to feature a superhero in a same-sex relationship. 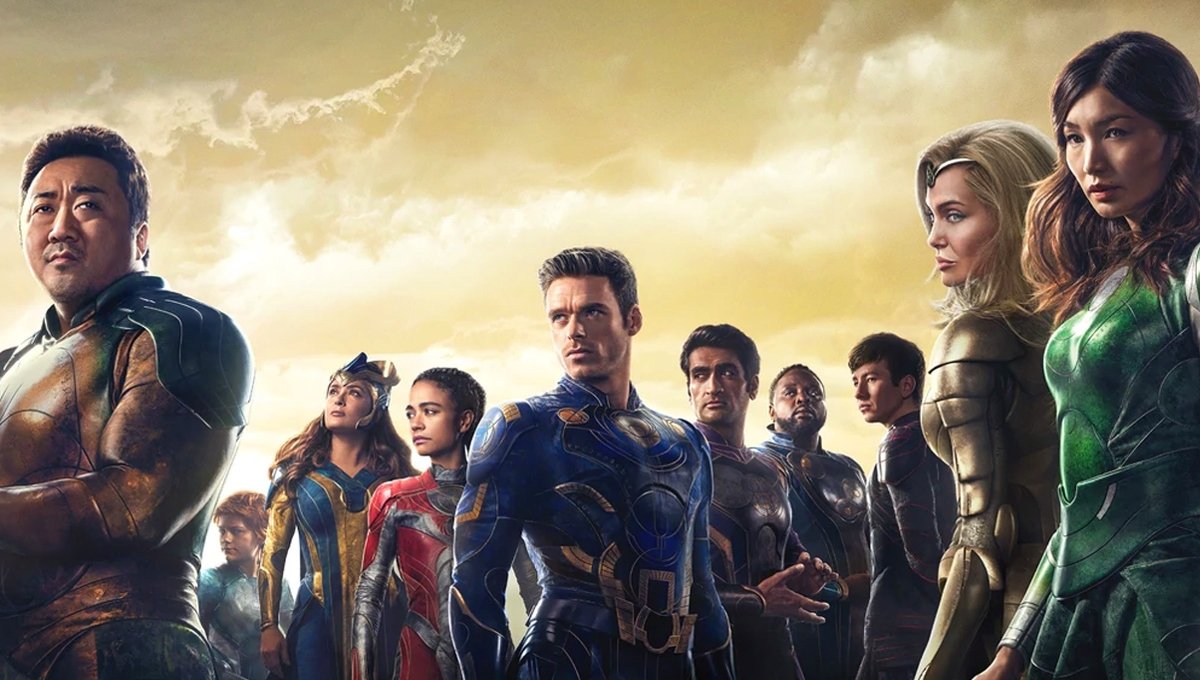 Speaking of “The Eternals”, there were a lot of big events for Marvel movies this year. The first big Marvel Cinematic Universe movie was “Black Widow” in the summer, marking the second MCU picture to star a woman and be directed by a woman.

The side-story to the Avengers superhero took place across the globe, including Budapest, and finally gave the character her own film set between the events of “Captain America: Civil War” and “Avengers: Infinity War”.

“Shang-Chi and the Legend of the Ten Rings” marked the first MCU movie to be feature an all-Asian cast directed by an Asian director. The film debuted in the historically troubled weekend of labor day, where box office has always been rather low, and broke that record by making three times as much the previous top movie in that slot (2007’s “Halloween”).

“The Eternals” featured a whole lot of everything. The cast was diverse, they spoke a variety of languages, and the aforementioned same-sex coupling was a huge step forward compared to Disney’s more tepid takes on the topic. Another first with this film was the first deaf superhero, using sign-language throughout to communicate with her teammates. 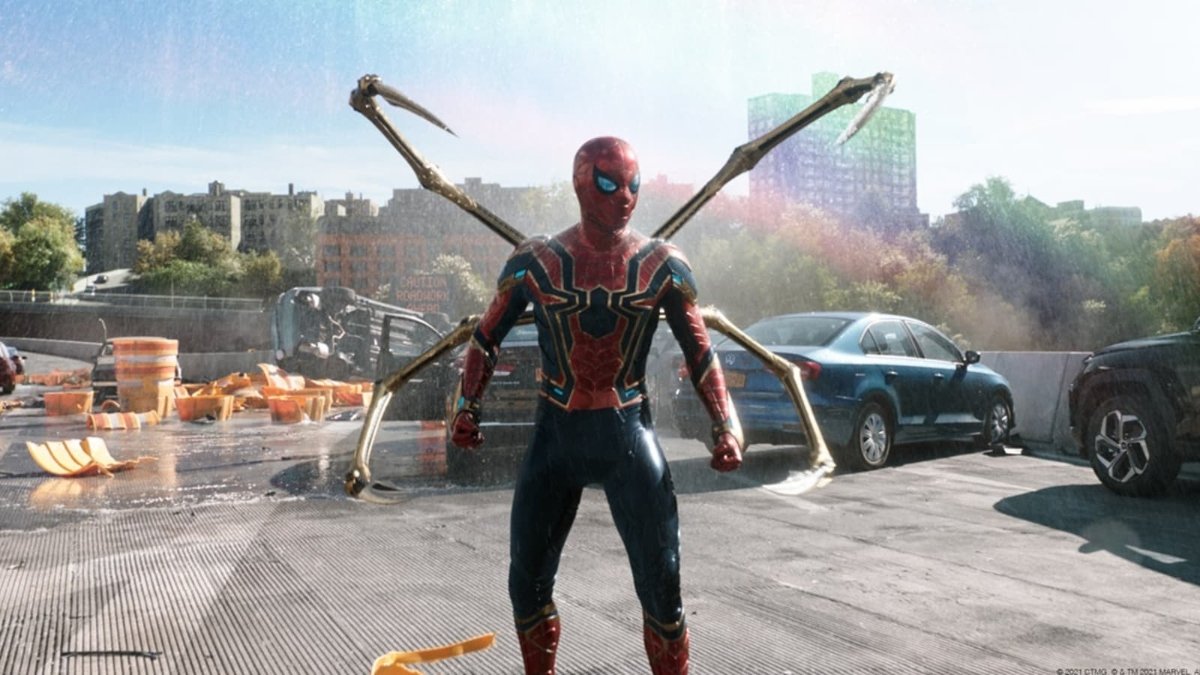 Then, of course, we can’t forget the towering hit of “Spider-Man: No Way Home”. It’s currently dominating the box office more than any other film this year. Even with the pandemic still being a problem, the film is quickly on its way to amassing $1 billion internationally.

Though Marvel once more obliterates the box office, there were a few other successes worth noting. Denis Villeneuve’s sci-fi epic of “Dune”, based on the Frank Herbert novel, became his most successful movie to date. It was a hit at the festival circuit and ended up being a pretty powerful picture at the box office.

The success has led to Warner Bros pursuing a Part 2 and the film is already looking at garnering plenty of awards nominations. That’s good new for both the director and the future of epic sci-fi at the cinema. 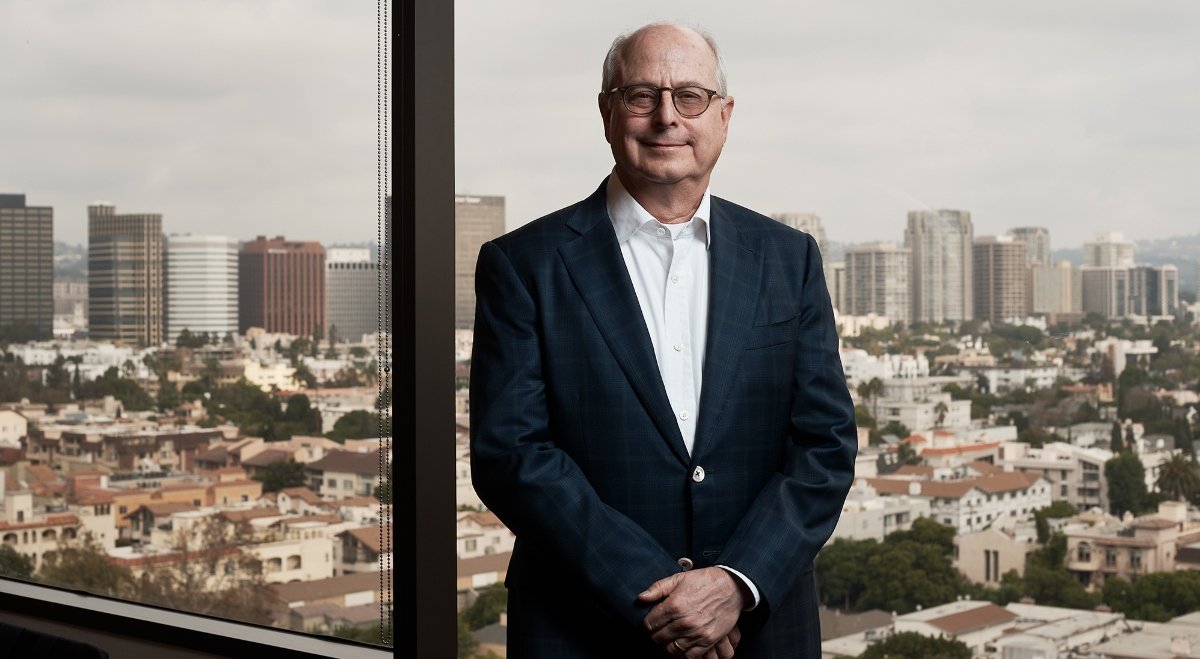 You may also want to keep a close eye on Hackman Capital. The organization is currently acquiring a lot of content from entertainment magnets of Amazon Studios, HBO, Warner Bros, Lightstorm, Columbia, 20th Century Studios, Marvel, ABC, CBS, and Sony. As the streaming platforms for all these entertainment organizations increase, it’s likely that they’ll make more activity from their partners.

2021 has changed so much of how films are going to be looking for the foreseeable future. The lack of theaters has proven that streaming is a platform worth investing in for big-budget production.