165
VIEWS
Share on FacebookShare on TwitterShare on LinkedIn
ADVERTISEMENT

Filmed in Hungary, as well as Hercules with Dwayne Johnson in the role of the famous legendary hero, the tale of Robin Hood has a vast cinematic history.

In fact, from Disney‘s animated films to Ridley Scott‘s film starring Russell Crowe, there are many examples of cinema and television that have decided to tell the story of Robin Hood. Also in this case, the reasons are very simple. In addition to the adventure, the love story and the charismatic protagonist, the tale of the famous archer is in such demand because it brings into play easy oppositions. What does this mean?

It means that the viewer will immediately know which side to take, as Robin is a thief who steals from the rich to give to the poor, because he has a strong love story and is worthy of great friends. He is the leader that any people would think they could want.

The film under analysis today, directed by Otto Bathurst, also incorporates this very easy political rhetoric so we will all agree with the protagonist. “Robin Hood” is certainly not a story of great moral dilemmas, although the film in some segments seems to want to be more complex, but only for a few moments. The plot is quickly stated. 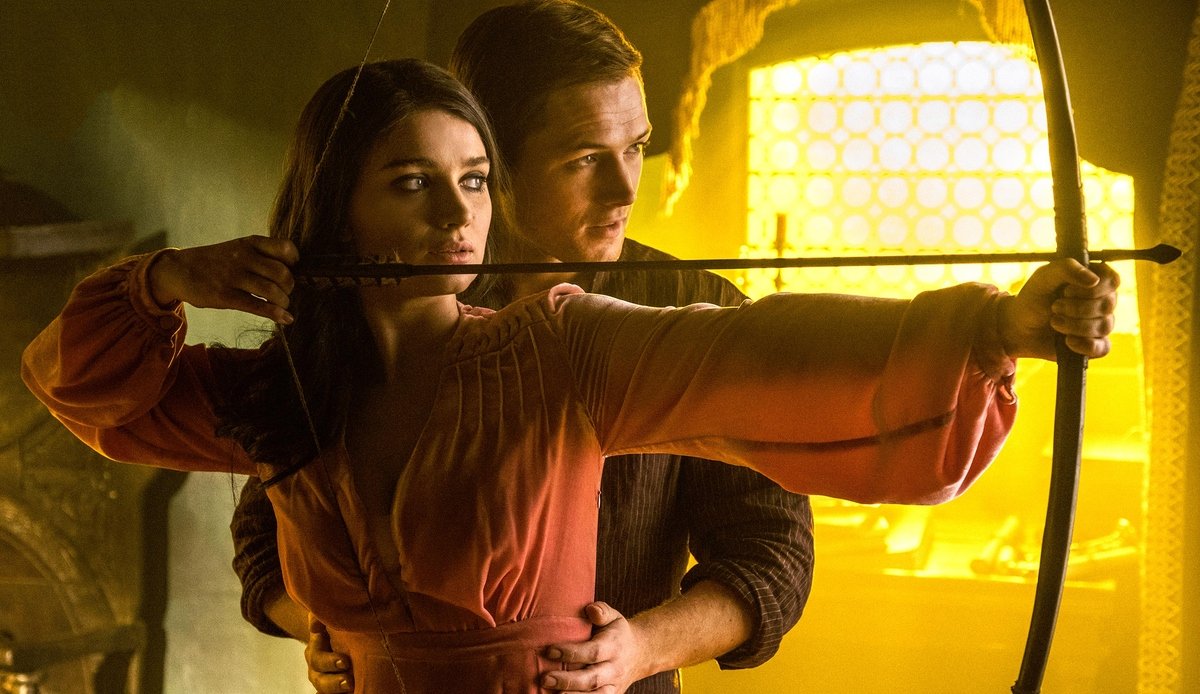 Robin and Marian live in their castle and are in love and happy until the protagonist is forced to leave for the third crusade. Upon returning to his country, Robin discovers that he had been declared dead, Marian in fact is engaged to Will, a politician who is the spokesman of the people.

After these discoveries, he is convinced by John, one of his adversaries during the Third Crusade, to steal the wealth of the Sheriff of Nottingham to avenge various injustices. Stealing from the rich to give to the poor of course.

Like so much other cinema that is not superheroic, this 2018 film is also heavily influenced by the much profitable subgenre. Robin in fact will have the classic awakening of consciousness, a new costume, a double life, new weapons, skills taught to him by his mentor and friend John.

There are many topoi that bring the audiovisual product of Otto Bathurst to a superhero film. From the structure in acts to everything described. If you want to see a film of medieval context with a superhero it is really the perfect film.

As we said in the first lines of this article, “Robin Hood” (2018) also tries to tell a different side of the story, namely the origin of the legend. Just like an origin story, our protagonist acquires incredible abilities taught to him by his master played by Jamie Foxx. 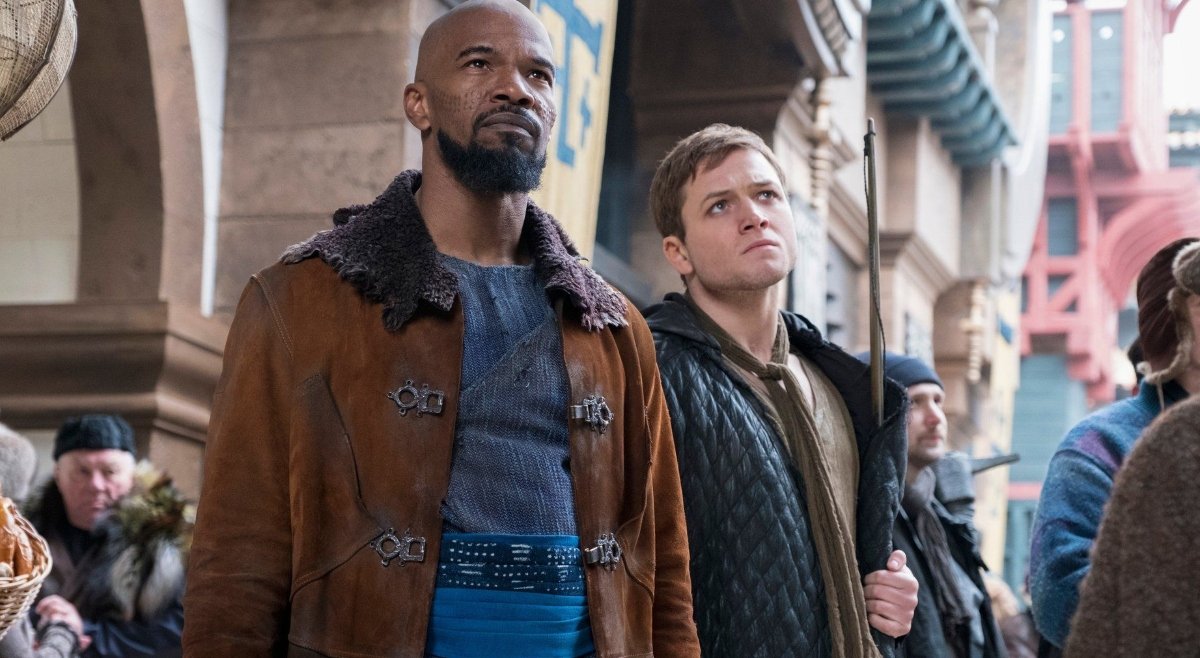 The mentor-pupil pair is told in so many ways and this latest film doesn’t look for a particular key. The two of them work very well together, as does the film’s comic relief impersonated by Robin‘s friar friend.

In the beautiful Hungarian scenery you can see a lot of care of the location absolutely right to tell this type of adventure that does not want to set the scenes in large spaces, but also the scenery and landscapes must reflect a certain rurality unspoiled. In this, as we know, Hungary is an excellent country in which to film this type of scene.

Towards the last act of “Robin Hood” (2018) a very complex subplot is inserted almost in a hidden way and not at all prone to an easy moral choice. Robin‘s sentimental adversary is also his main political rival, as it is always Will who has Marian‘s love and the support of the people.

Without Will‘s support, perhaps the people would not side with Robin in the guerrilla war. Yet for a moment it is only the people who have a choice that is not easy. What do we choose? War and death or diplomacy?

They will of course choose Robin Hood, but only with the support of their spokesman Will. If this political-sentimental storyline between males, between great men had been explored, this Robin Hood would have been really different from so much other cinema about the enigmatic archer. Instead even this cue is lost and we choose to follow a more comfortable and canonical path.

Moreover, although it matters little in this cinema entertainment, the film possesses a not inconsiderable script problem. After Robin‘s enlistment, his finances are taken from him and he subsequently pretends to be a promoter of economic investments for the war, despite the fact that everyone knows he has fallen into disgrace. 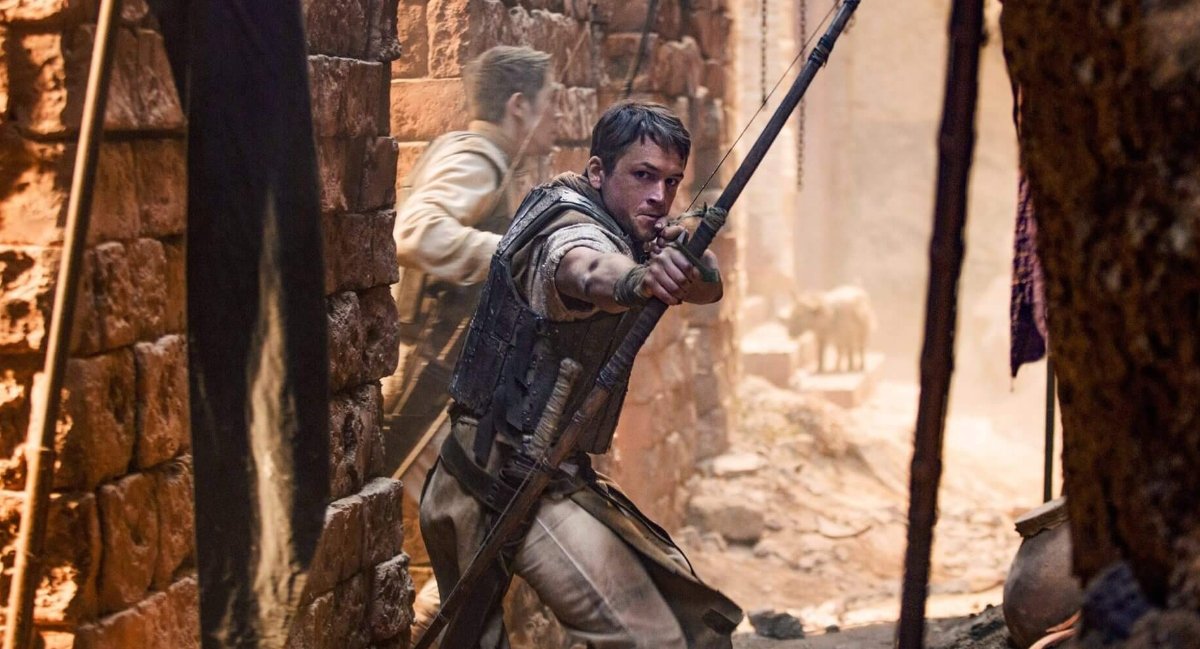 The thief is a trained soldier and this Robin, though fallen into economic disgrace, gives out money in large quantities. Doesn’t any of the characters entertain the doubt that perhaps the Lord of Loxley himself is Robin Hood? It is a writing error that is not very evident in the film, yet it is on it that the story moves and everything follows in the events that we see.

The universe that the brand new Robin Hood describes is an ugly, dirty and evil world dominated by greed and intolerance, where the best skin is white and every Arab risks having a terrorist inside him, and where temporal power reigns supreme, going hand in hand with more or less corrupt politicians.

Today this misleading representation is no longer possible. It is logical and sacrosanct, therefore, in such dark times, to change the nationality of Little John, making him a Saracen warrior who helps a Lord Loxley suffering from post-traumatic stress disorder to give battle to the Sheriff of Nottingham.

It’s all very well to insist on the differences in life and income between the rulers and the people of the people, forced to rot among soggy mines and sooty hovels. And yet Otto Bathurst and his screenwriters sometimes exaggerate, quoting “The Hurt Locker” and “Black Hawk Down” in the scenes set in Syria and depriving the Moor who trains the young white man in archery of any negative connotation.

Of course, the expenditure of energy and technical skills is evident, Taron Egerton is great, but at the end of the vision little remains of Robin and his maturation. It’s a pity, and also a pity for those who, like us, perhaps preferred stronger and more complex moral dilemmas that could also highlight the shadows of the character. Instead, as in banal superhero movies, there are good guys and bad guys, and maybe some of the Marvel Cinematic Universe like “Captain America Civil War” are much more interesting.

In conclusion “Robin Hood” is not a bad movie but with some shortcomings in the script and an approach too ordinary.