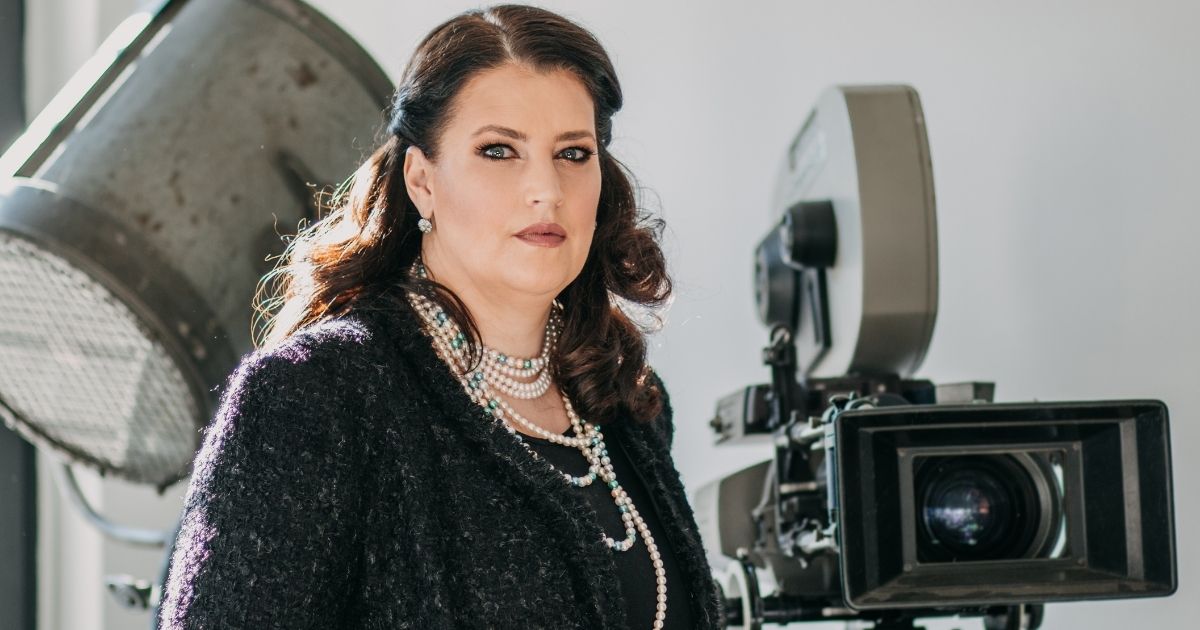 She leads a family company, which wasn’t easy at the beginning- She’s working in the male-dominated field of camera and lighting rental business, and after overcoming the initial difficulties, she’s now effortlessly dealing with everyday challenges. We interviewed producer Judit Romwalter, head of the company SPARKS Camera & Lighting Ltd.

Budapest Reporter: You took your father’s mantle leading the company, as it was founded by Béla “Richy” Romwalter and Vilmos Zsigmond. Tell us about the beginnings, please.

Judit Romwalter: My parents worked at the Magyar Televízió (Hungarian Television – state founded public television channel), my mother as a makeup artist and my father as a gaffer. Together with my sister, we were brought up in the world of TV productions and filmmaking and was accustomed to the fact that our parents worked 12 to 16 hours each day, almost every day of the year. Back in those days, the Magyar Televízió produced a huge number of shows, so we spent a long time with our grandmother and among the sets. Ever since I was seven, I knew that I wanted to work with my dad one day, even if I knew that the lighting department wasn’t for me.

The years went by, I’ve studied in Belgium and France, received a degree in economy, and during the summers, I was busy gathering experiences at different companies. When I came home, my father asked me whether I wanted to work in his company. It already existed for a few years back then, renting lighting, camera moving equipment and generators. I’ve decided to start as a secretary to gain better insight into the processes.

Béla “Richy” Romwalter: The first time I thought about establishing a company was in the late 80’s, but was unable to secure the funds needed. At the time I was the number one chief lighting technician, so I came to know Vilmos Zsigmond, with whom we developed a deep friendship. That was when he became the cinematographer for a film in Budapest, called “Stalin” (1992). It was financed by the American HBO and their Hungarian co-producer was Novofilm, with the Magyar Televízió also participating. We spent a month in Budapest and two in Moscow shooting the film.

As soon as it was done, we had the idea, to start our own lighting company, cause the locally available equipment were far from modern, to put it lightly. We did such a good job, that a Canadian gentleman decided to invest in us. I think I’ve earned his trust with my previous works. The initial fund was 280 thousand dollars and it took us three years to find our path. At the end, the company, SPARKS was finally founded in 1992. After that we established another company, that specialized on renting mobile generators. And another one for leasing cameras.

Judit joined us at the end of 1996 to start working with me. We achieved everything by ourselves. Slowly, but steadily our company grew to the point that now we are able to employ as many people as we originally intended. It’s important to me that our company is now self-sufficient without me, while remaining a family enterprise, it’s quite the pleasant feeling for me.

J. R.: At one point we thought of entering the camera rental market. I went to the States to one of the daughters of Vilmos Zsigmond, where I’ve studied English. Previously, French was my strong suite. I went to a private tutor and learned the language with other foreigners. Later, along with Vilmos Zsigmond, we visited several rental companies and one manufacturing camera moving equipment and accessories. Then, I’ve travelled to Toronto, Canada to meet without Canadian co-owner, to study the inner working of a camera rental company. That is were I’ve learned each and every one of the steps in this trade. Only after that I’ve joined our company.

Right from the beginnings, I have spent a lot of time on the camera renting division, since it’s much closer to me, than the lighting side of it.

The fact that we were able to even start, was thanks to Vilmos Zsigmond, who was kind of a second father to me. I’ve had an excellent mentor, we’ve travelled a lot together, to professional expos, festivals, and even as a person, I’ve learned a lot from him. About perseverance, professional humility, the set of values and interpersonal relationships, aiding the young ones and mentorship. We talked a lot about his movies, the techniques we’ll employ, the cameras we’ll use, we spent a lot of time arguing about these in a friendly way.

Bpr: As head of the company, what exactly is your role?

J. R.: Everything, from checking the cash flow to the purchases and investments, contracts, and the daily tasks. From the first phone call to financing, I deal with everything. I’ve had to learn everything about the way each department operates and every little detail about our available stock. It’s important to know which thing are interchangeable with which, which company produces something similar to a certain product to act as a substitute, and so on. I have to be able to help the client and to also be a successful manager for our company. It’s a serious professional job, too.

At the beginning of my career we had a much easier job with the analogue cameras, but now the digital ones became dominant, and there’s at least 10-11 companies manufacturing and developing those.

Bpr: Is there a need for all of these to be available in stock?

J. R.: We can’t keep all of these on hand, that would be ridiculously expensive, so we try to make the best decisions about the ones we keep. We continuously keep track of the latest trends and the recently released cameras, consulting with the manufacturers and the cinematographers, focus pullers, HD technicians, so when the need arises, we can provide their dream cameras to them. This also provides a chance to specialize, depending on the size of the project.

We try to satisfy the needs of a wide range of clients: smaller companies aiming to shoot image films, and ones who mean serious business. Our equipment is able to provide tools for those, who aim to make series or movies, too. We are also prepared for the simultaneous appearance of one or two larger foreign crews, so satiating their demands at the same time, shouldn’t be a problem for us.

Since 2004 we are the official Hungarian distributors of Panavision. Their products are not available for purchase, they can only be rented, so if anyone wants to use these kinds of cameras, they have to contact us. We have partnership deals with Warner Bros. and Leavesden Set Lighting too.

Bpr: Have you ever felt being completely up-to-date in the market?

J. R.: We always have to keep the pace in this business, it’s constantly changing. As soon as we think we know everything, there’s bound to be a phone call or an e-mail with demanding things we don’t yet have. The client has to be professional and open-minded enough to accept a proper substitute from another manufacturer. This all depends on the cinematographer, the gaffer, the key grip and of course the budget and the scope of the production.

Bpr: Does the job of a producer and renting lighting and cameras go hand-in-hand for you?

J. R.: Years ago, I’ve worked as an Assistant Executive Producer and Production Coordinator aside from my regular job. These opportunities just found me. In the last year or two, these works became more prominent in my life. It all began with applying for a tender the first time, to develop a screenplay. It was a feature film, called “Együtt kezdtünk”, directed by Yvonne Kerékgyártó, and this is still actual, as we’re in the pre-production stage with that, looking for further funds to finish the movie.

For the Hungarian film industry, it had an outmost importance, that Csaba Káel, the Hungarian Film Commissioner didn’t allow ceasing the ongoing projects, and announced tenders, that sparked interest in the members of the whole local movie scene. They have started 16 theatrical and cinema projects, to help those who worked in these fields, they’ve opened a whole new spectrum of genre-specific tenders, too. Last year, during the lockdown, we applied for government funds to produce a TV film and to develop a series.

Thankfully, the foreign production crews keep returning too. Naturally, as a rental company, it’s important for us to be able to participate in Golden Globe, Emmy, BAFTA and Academy Award winning works. We have to be in touch with every member of these crews, whose handling any sort of tech, we have to be able to understand them. If it’s a complex job, there could be problems with the cameras, the light, the camera moving equipment, the generators, the trucks, and all sorts of other technical issues could arise. Based on that, you could see how stressful this job can be. 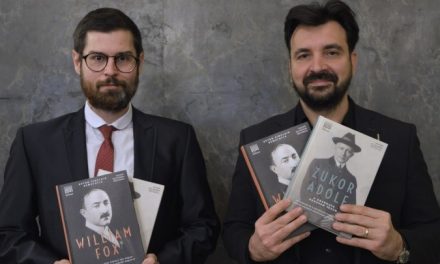 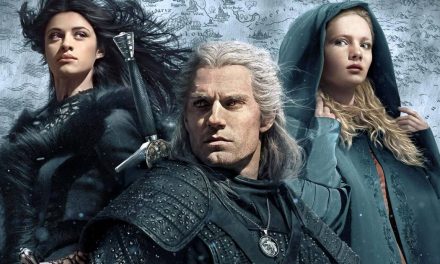 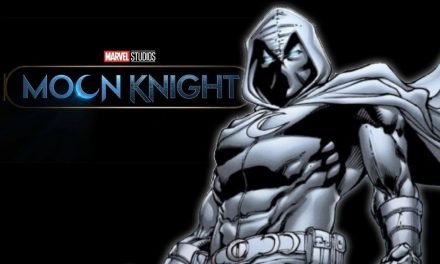