198
VIEWS
Share on FacebookShare on TwitterShare on LinkedIn
ADVERTISEMENT

After starring in five James Bond films, the time has come for veteran actor Daniel Craig to pass the torch to a new actor to portray the legendary double O Seven.

The character is one of the most coveted in cinema history, having been portrayed by six actors so far. It’s safe to say that Bond is a character that has been changing with the times – always mutating to keep up with the latest trends in action cinema.

In an era when the Marvel Cinematic Universe dominates theaters, what Daniel Craig has achieved with the Bond character is beyond astonishing. Not only was he able to rejuvenate the character for an entirely new kind of audience: he managed to go head-to-head with some of the most successful box office titles we’ve ever seen. 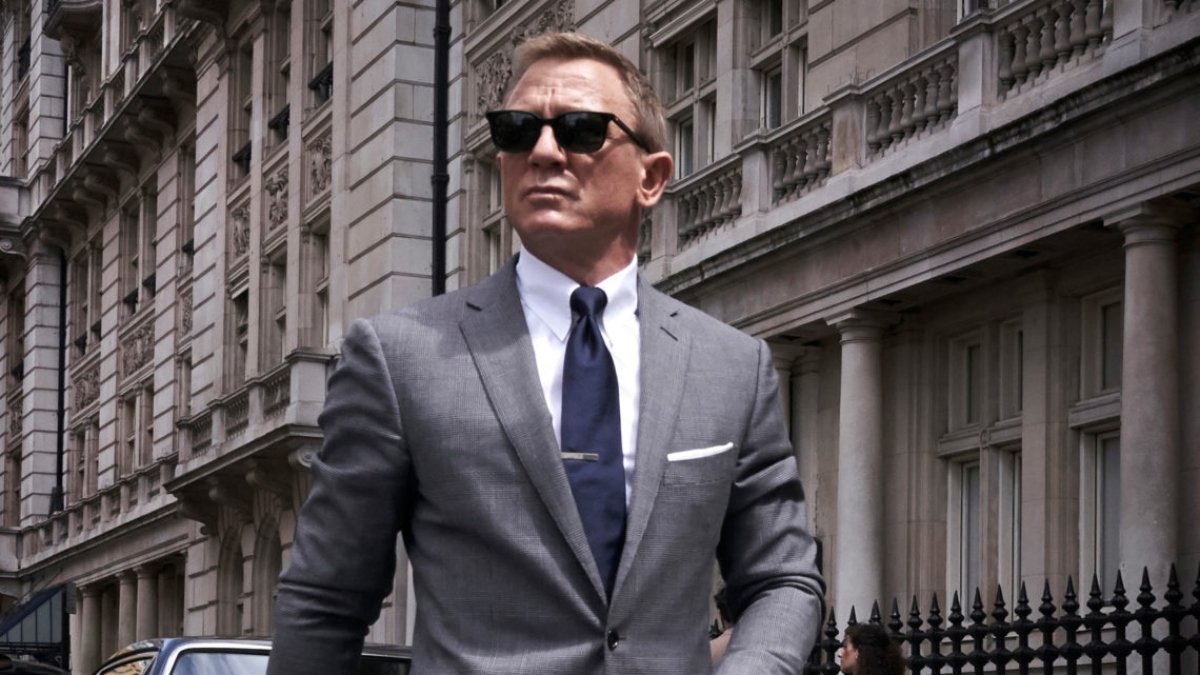 Finding a new James Bond is no easy task: usually speaking, whoever portrays the suave spy has to be ready to star in at least two films. Every time a new actor is chosen for the role, the media is never too far behind to applaud (or criticize) the choice. We also must consider the fact that we are living in volatile times when it comes to casting iconic roles, especially considering how vitriolic social media can be.

Whatever’s the case, the hunt for a new Bond is on – and if you thought choosing a new actor to play the role was as simple as running a casting, you’ve got another thing coming. Over in England, betting for who’s going to be the next James Bond is serious business.

Currently, there’s one name that’s been making the rounds as to who might be the new Agent 007 – but first, let’s take a look at what other actors are rumored to be working on the next James Bond movie.

Whenever there’s talk of a new film needing a British lead, there’s one actor who seems to be a fan favorite over all the others: Tom Hiddleston. Better known for his work as Marvel’s Loki, Hiddleston has swiftly become social media’s sweetheart.

While certainly charismatic and undeniably charming, there’s a certain air to Hiddleston that simply wouldn’t fit in the role of James Bond. Perhaps it has to do with his history playing one of the most popular villains in recent years, but Hiddleston still has a long way to go before he can be seen as a serious action lead.

Another name that’s been supposedly attached to the next Bond film is that of Henry Cavill. Now, here we have an actor who has both experience playing action leads, and the perfectly chiseled chin to play James Bond. That said, Cavill has mentioned that he would be interested in playing a villain in the upcoming Bond saga – not the titular spy.

There’s also the issue of Cavill’s obligations with Netflix. With new seasons of “The Witcher” on the horizon, the British actor seems to have his plate full at the time. Only time will tell if we’ll get to see Superman himself donning the iconic 007 tuxedo in the future.

Some sources bet on the new James Bond to be a Jane Bond instead. That’s right: some ‘experts’ claim to have insider knowledge about the new 007 being portrayed by a woman. In the latest film, “No Time to Die”, the 007 codename is used momentarily by the character played by actress Lashana Lynch, a fact that grants further credibility to this theory. 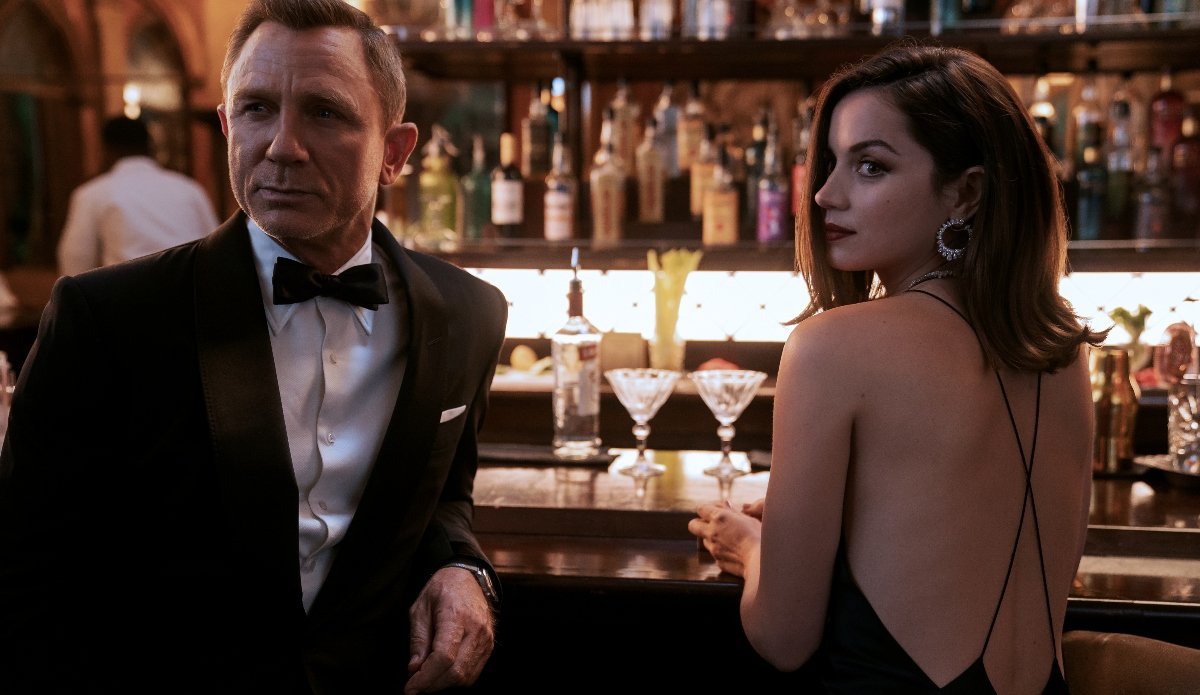 That being said, Lashana Lynch has mentioned that she has no interest in being the new James Bond. Furthermore, Daniel Craig has also mentioned that the role of James Bond shouldn’t be played by a woman – not because it’s a man’s role, but because he believes that there should be an equally strong character made for women that doesn’t rely on a preexisting character like Bond.All of this leads us to the actor who’s leading the race to become Daniel Craig’s successor: Richard Madden. “Game of Thrones” fans might remember Madden for his role as Robb Stark in HBO’s hit fantasy series, where he starred for three seasons.

An accomplished and young artist, Madden has both the looks and the skills to play James Bond with ease. Recently, the actor has been involved with the BBC’s political thriller “Bodyguard” – a show that has received near-universal praise for its solid storytelling, and Madden’s phenomenal performance.

If the rumors are true and Madden becomes the seventh James Bond, he’d be just a tad younger than Craig when he made his debut in “Casino Royale”. At 35 years old, Madden is neither the youngest nor the oldest actor to portray the character. He’d be joining some of the most revered actors in the history of the thriller genre, however, and that would look amazing on anyone’s resume. 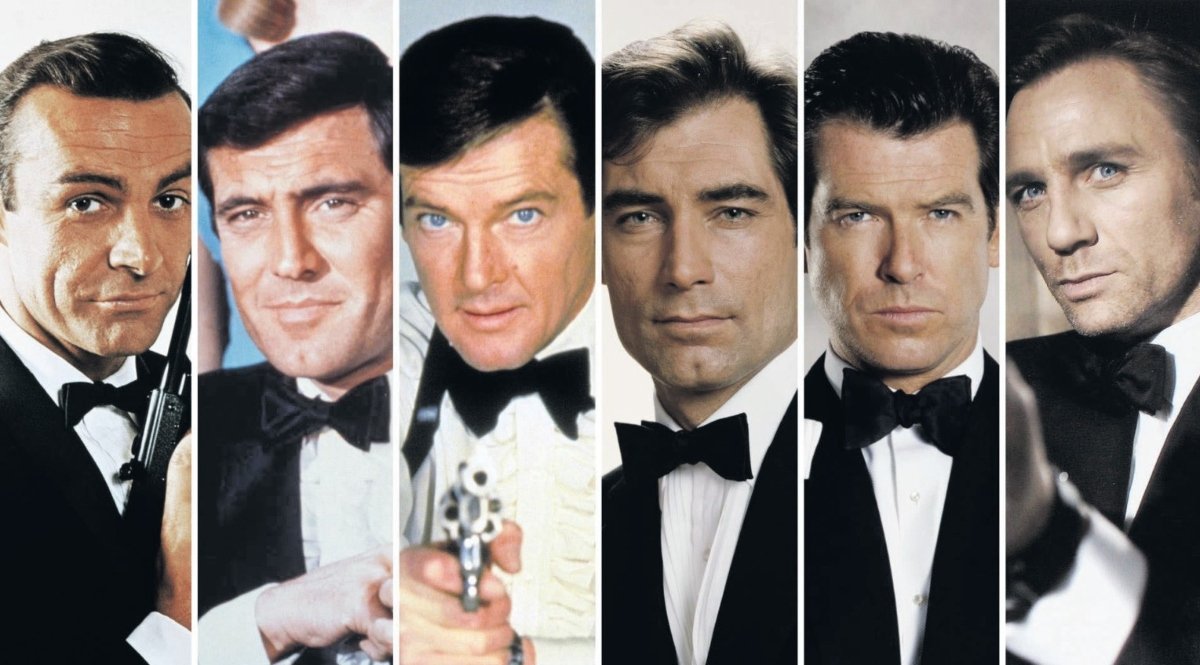 A History of Bond – Revisiting the Classics

We still don’t know for sure who might be playing the coveted role of James Bond in the franchise’s 26th film – 29th, if you count the movies not made by Eon Productions. What we do know is that every actor that has portrayed the character has defined an entire generation with their unique takes on the character of James Bond.

Let’s take a chronological look at the actors who’ve embodied 007, and how good their performances were compared with each other.

When people mention the name “James Bond,” most cinema aficionados will no doubt think about Sean Connery immediately. The very first actor to portray the British spy on the silver screen is also partially responsible for creating the entire mythology surrounding the character.

A suave, sly womanizer, Connery’s Bond might not be all that suitable for today’s audiences. That said, he remains one of the most recognizable actors to portray double O seven.

Connery made his debut in 1962’s “Dr. No”: the very first film adaptation of Ian Fleming’s character. He then went on to portray the character for five more movies, culminating in 1971’s “Diamonds Are Forever”.

Stuck in between Sean Connery’s run as James Bond, Australian actor George Lazenby had a shot at portraying the character in “On Her Majesty’s Secret Service”. Lazenby is not all that fondly remembered by James Bond fans – or even general audiences, to be honest –, but he still managed to deliver a convincing and original take on Connery’s character.

The reason why Lazenby was brought in to play the iconic character was that Sean Connery had decided to not reprise his role as Bond after 1967’s “You Only Live Twice”. However, seeing that “On Her Majesty’s Secret Service” turned out to be a box-office disaster, Connery decided to return to the franchise in 1971, effectively leaving Lazenby with a single film as James Bond.

The single most prolific actor to play Bond, Roger Moore played the role for a shocking seven films from 1973 to 1985. He was also the oldest actor to portray the character, a fact that gave his Bond a more mature look, even when compared to Daniel Craig’s.

Moore’s performance has been described as “chaotic,” in the most positive sense of the word. His version of James Bond has all the energy and flair of the 70s and 80s, which makes him one of the most unique takes on the character so far.

Although he appeared in only two Bond films, the sheer charisma and incomparable good looks of Timothy Dalton quickly made him into a fan favorite 007. Dalton is famous for “humanizing” the character: he gave the invincible super spy that was James Bond a softer, even vulnerable side, something that made the character all the more interesting in the eyes of his fans.

It could be said that Dalton’s performance inspired Daniel Craig, as his Bond shares many traits with the latest version of the character.

Just before Daniel Craig became James Bond, Irish actor Pierce Brosnan dominated the screen, playing the character in the most commercially successful James Bond saga so far. Beginning in 1995 with the timeless “GoldenEye”, Brosnan is considered by many to be one of the most divisive actors to play the role.

Although he appeared in some of the most successful films in the series, some fans consider Brosnan to be one of the worst versions of Bond ever to be brought to the big screen.

Contrary to Dalton’s Bond, Brosnan plays the character like he is a superhero. Nothing fazes Brosnan’s Bond, and he stars in some of the most baffling stunts ever seen in the series. All of this goofiness, however, might have been the reason why the next James Bond would be one of the more serious incarnations – and also the most successful yet.

Considered by many to be the best version of James Bond, Daniel Craig’s performance leaves behind the character’s apparent immortality, in favor of portraying him as a human tasked with superhuman missions.

Set in a world post 9/11, the espionage seen in Craig’s films is darker and more cerebral than it was before. Gone are the over-the-top theatrics of the Brosnan era, replaced with solid narratives and impeccable character development.

Craig’s outstanding run as James Bond has been the best the franchise’s had to offer, which makes the search for a new Bond an even taller order. Whatever’s the case, we’re sure that whoever ends up playing the new 007 will have to adapt to a new way of making movies. Perhaps we’ll see how the trade of a spy has been affected by our post-truth, post-pandemic world.

Glass Onion: A Knives Out Mystery – Everything We Know So Far