213
VIEWS
Share on FacebookShare on TwitterShare on LinkedIn
ADVERTISEMENT

Mikael Håfström’s The Rite tells the story of Michael Kovak (played by Colin O’Donoghue), a young mortician working at a funeral home with his father, who goes to Rome to become an exorcist.

It’s based on the book The Rite: The Making of a Modern Exorcist written by Matt Baglio, which recounts true events experienced by exorcist-in-training Father Gary Thomas in Rome training with the veteran clergy.

The film opens with Michael preparing a body for burial, which is honestly rare to see in movies. It’s actually therapeutic, seeing him fill the corpse’s mouth with straw, sewing the lips together, putting in the eye contacts, and dressing the body. After that opening, I was expecting this movie to be interesting and well, scary. 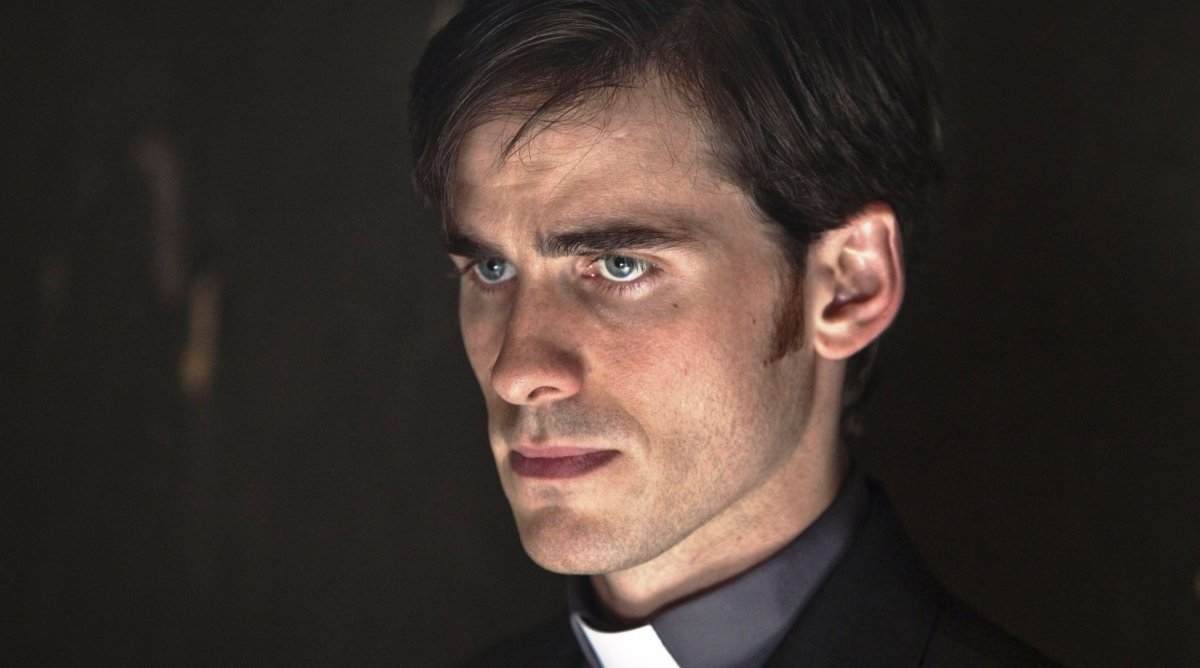 At some point in the film, Michael begins to get tired with his job as a mortician. His father, Istvan (Rutger Hauer), lays it down that he should either stay in the family business or go to seminary school. Michael decides the latter, thinking that he can bail his responsibilities to the church after getting four years of college education.

However, this wasn’t the case as the church could change his scholarship into a student
loan. After four years, Michael ends up going to Rome to study exorcism in order to avoid being a priest. In Rome, Michael begins to study exorcism in a huge hall with Father Xavier (Ciaran Hinds), who shows videos of real exorcisms in front of the whole class.

We see disturbing photos of people who have been possessed by demons, which looked so realistic I started to wonder if they were actually real. Even Michael himself doubts the whole thing, saying that the victims were probably just mentally ill. After that, he gets sent out to meet Father Lucas Trevant (Anthony Hopkins). 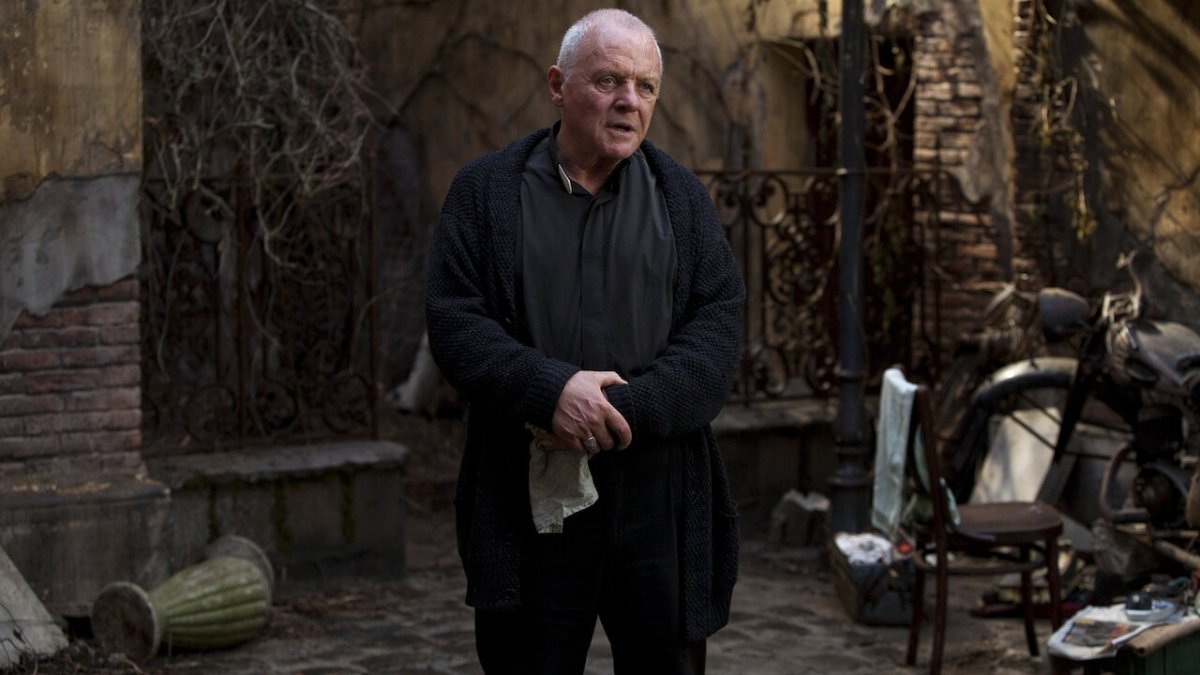 What’s interesting is that compared to other exorcist films, Håfström makes “The Rite” more grounded in reality while still being somewhat creepy. However, it gets overboard with realism because as the movie progressed, the movie got slower and less like a horror movie, which may be jarring for most horror fans.

If you’re familiar with horror, you may know the legendary Anthony Hopkins for his role in “Silence of the Lambs” and the “Hannibal” trilogy. Seeing Anthony Hopkins’ face alone, you just know something bad’s about to come down, which may spoil the whole thing a little bit. His presence already got me on edge because I kept thinking about Lecter, at the same time it was tiring seeing the same kind of performance from him in this film.

So obviously, when the film introduces Father Trevant, we get the same eery muttering
he does with every dialogue. Lucas Trevant plays with our emotions by acting sinister at
times, only to go back into that same creepy whispering, all while still looking like a good
person.

There was a quote that fascinated me, in which Father Lucas tells him “Be careful Michael, choosing not to believe in the devil doesn’t protect you from him.“ During Michael’s time with Father Lucas, he meets a 16-year old girl named Rosaria, who is pregnant and apparently possessed.

What happens next is funny, because the exorcism almost happens like a trip to the doctor. A small ceremony happens, and Rosaria just stands up and leaves afterwards, being the complete opposite of what we expect in an exorcism.

Father Lucas tells this to Michael, who like us, are used to demonic screams and contorted bodies floating in the air. Much to my disappointment, that was when I knew this wasn’t going to be the horror film I set myself to see. After all, it was based on a true story. Yet, it doesn’t really justify for how lackluster it was.

What happens with Rosaria is quite messed up too, we find out that she had been raped by her father, that’s when she gets possessed. There was also anti-abortion subplot that was happening in the middle of it which I had mixed feelings about. Rosaria then attempts suicide, and dies after Father Lucas tries to exorcise her. 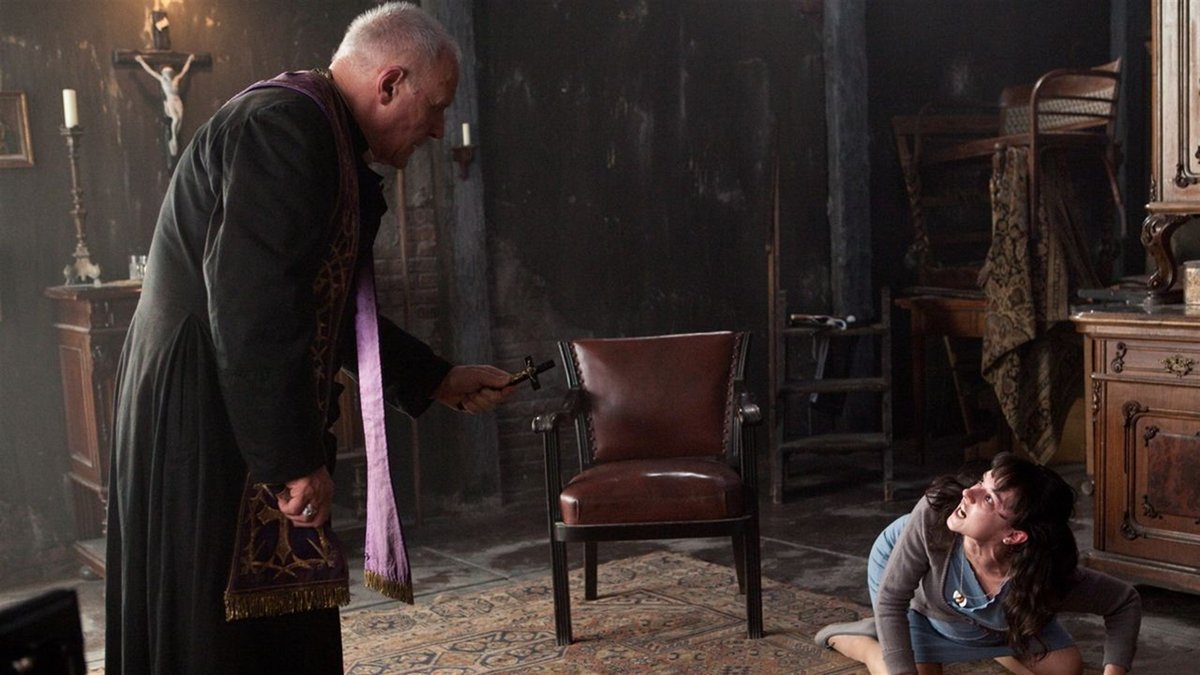 This is when Michael confides with his classmate, Angelina, who is actually writing a news article covering the whole exorcism course. After Rosaria’s death, Father Lucas becomes heavily affected and at the same time starts acting odd. He brings Michael and Angelina into his home after they find him in the rain, telling them that he believes he’s possessed. Desperate, the two try to find Father Xavier to perform the exorcism but discover he left for Civitavecchia for a few days.

The two students make the decision to perform the exorcism themselves, and after fighting the demon and a whole battle scene, Michael stops being the skeptic he was and regains faith, and forces the demon out. The demon reveals himself as Baal, and here our main character starts to believe in demons, and believes that God exists as well.

When Father Lucas is possessed, we hear him curse in Hungarian. While “The Rite” took place in Rome, a good chunk of the film was shot in Budapest, Hungary. The real priest the story was based on, Father Gary Thomas, also spent a week in Budapest consulting the exorcism scenes in the movie.

In an interview, Colin O’Donahue shared his experience shooting in Budapest: “When you’re there you get to appreciate it’s unbelievable colorful history, from Roman times to when the Soviet Union controlled it.”

The movie ends with Michael saying goodbye to once-possessed Father Lucas, before
he returns to the United States. We also see Michael, now a priest, receiving a letter from his old classmate Angelina publishing her article on exorcism, and entering a confessional in church to listen to a girl’s confession. “The Rite”’s story had a lot of promise in the beginning, especially when we are introduced to Michael’s mortician life to the day he begins training as an exorcist.

The blue-ish tint helped set the mood of the film, and the score was just as bone-chilling. The music was enough to linger in the background to add to the suspense and drama, but not exaggerated to the point it took our attention away. Even the possessed voices were horrifying to hear, you can hear the different layers and pitches of voices they did to achieve that effect. 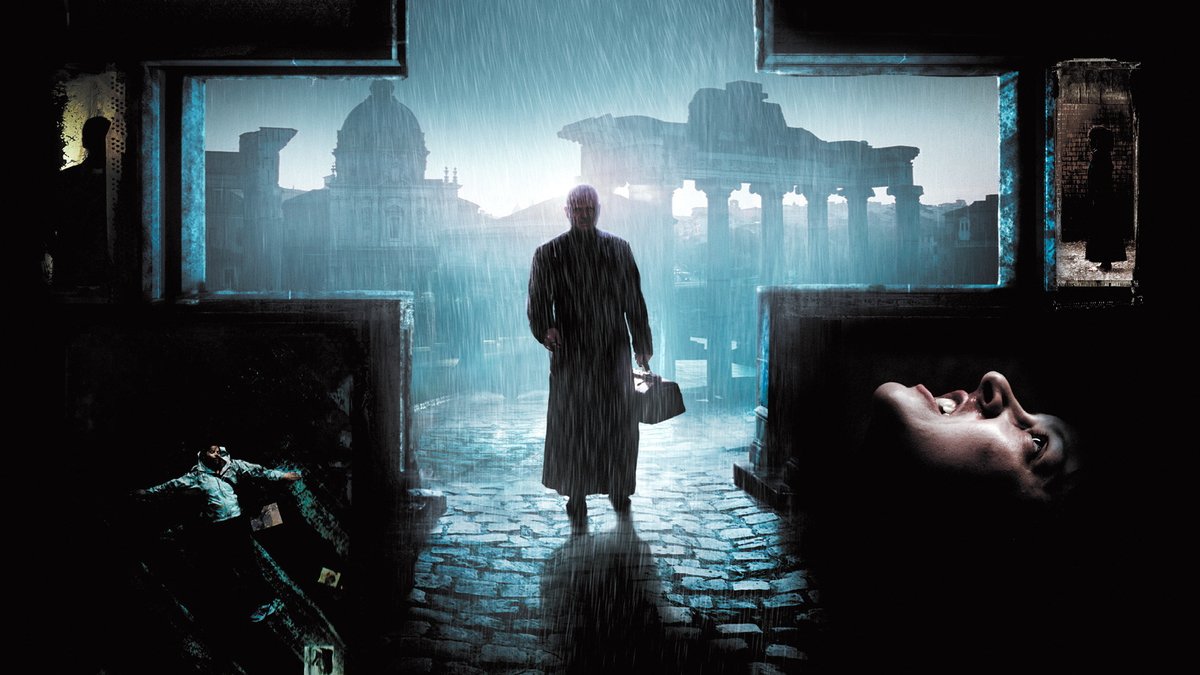 The film had a fairly great cast, which made the movie worth seeing. Anthony Hopkins carried the whole movie, he could be scary even without the makeup done on him when he was possessed. Rutger Hauer did an amazing performance, despite having a pretty small role.

The characters were well-written too, Michael had depth himself and was relatable, however the plot just didn’t match up to how good the other aspects of the film did. While it isn’t a scary movie, it was still dark and had a good amount of suspense, and still packs a good punch with emotions.

Overall, “The Rite” is a hit or miss. It’s still worth checking you’re a big fan of Anthony Hopkins. Although an underwhelming film, it was still a breath of fresh air compared to the cliché exorcism movies we always see in the cinema.