Hollywood is still silent after the new “child protection law” has been passed in Hungary, banning the dissemination of content deemed to promote homosexuality and gender change to minors — a move that has drawn condemnation from leading broadcasters and cast a shadow over one of the world’s top production hubs.

As reported by all major film related papers, including Variety and Vox, just as similar legislation in the US has led to a backlash, the measure could now put pressure on US studios to reconsider doing business in Hungary, which has strict anti-LGBTQ laws, does not recognise gay marriage and banned same-sex adoption in 2020.

Hungarian film commissioner Csaba Káel expressed hopes to Variety’s question that the industry would not be affected by any potential backlash. 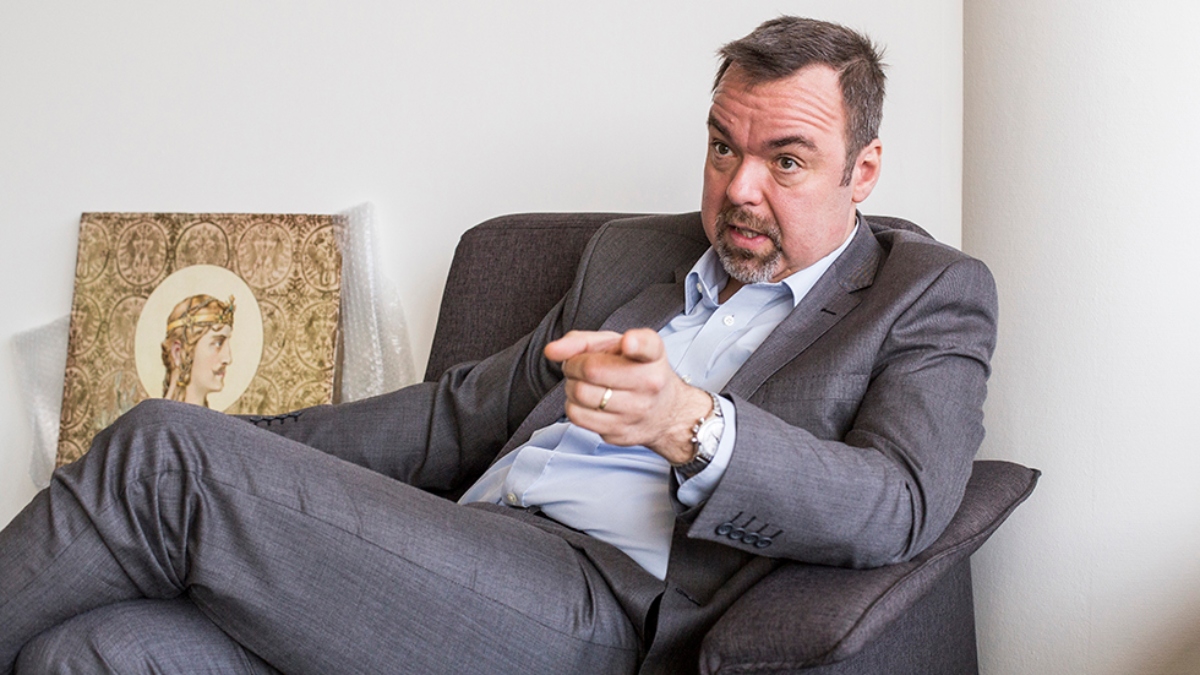 BpR: Your government often refers to the current situation as a “global fake news campaign”, which is attempting to mislead international public opinion with relation to the contents of the Hungarian act on child protection. Can you tell us what exactly the law is about, which is referred to in the papers as “anti-LGBTQ law”?

L. L. S.: I prefer to use the term ‘child protection law’ because it is basically about protecting children from age-inappropriate content. The law says that the sexual education of children is the exclusive right of parents and that no one else can interfere. Indeed, and rightly so, part of the new legislation is a tightening up of the Criminal Code, so that passages such as the searchable paedophile register, which is already used and proven in the US, or the banning of paedophiles from jobs where they may come into contact with children, are included.

BpR: LGBTQ organisations and the Hungarian opposition also say the law is homophobic, which is why it was not voted through.

L. L. S.: The law is not homophobic at all, anyone who says that hasn’t read the text. On the one hand, the law does not apply to people over 18, on the other hand, it does not stigmatise any minority. Everyone lives as they wish, according to their lifestyle and orientation. However, it is our duty under the Hungarian Constitution to protect our children from excessive sexual propaganda and content that is not suitable for them.

There is no question of abolishing sex education in schools, because it is an important part of the healthy development of young people. Nor is it about teachers not having the right to protect children who are ostracised by their peers because of their perceived or real gender identity. This is not only their right, but also their duty. And it is also important that the law was also voted for by the main opposition party alongside the governing parties.

BpR: We have already seen atrocities against people hanging a rainbow flag in their window. Hungarian press reported that someone tried to break into a flat to remove such a flag. Don’t you feel that after the adoption of this law, either Hungarians or foreigners could be disadvantaged in Hungary because of their gender or sexuality?

L. L. S.: Not at all. We are a very accepting and tolerant nation, the law does not discriminate against any sexual minority. There are many minorities living in peace and tranquillity in our country, regardless of their religion, ethnicity or gender. Everyone can do what they please in their bedroom. In fact, I dare to say it: Hungary is one of the safest countries in Europe. There are many reports of attacks on people from the LGBTQ community in Western Europe, while in Budapest, for example, the Gay Olympics were held in 2012 without any atrocities.

Thousands of people took part in the 2021 Budapest Pride march to protest against a controversial Hungarian law that limits teaching about homosexuality and transgender issues in schools and children’s media. – DW reports 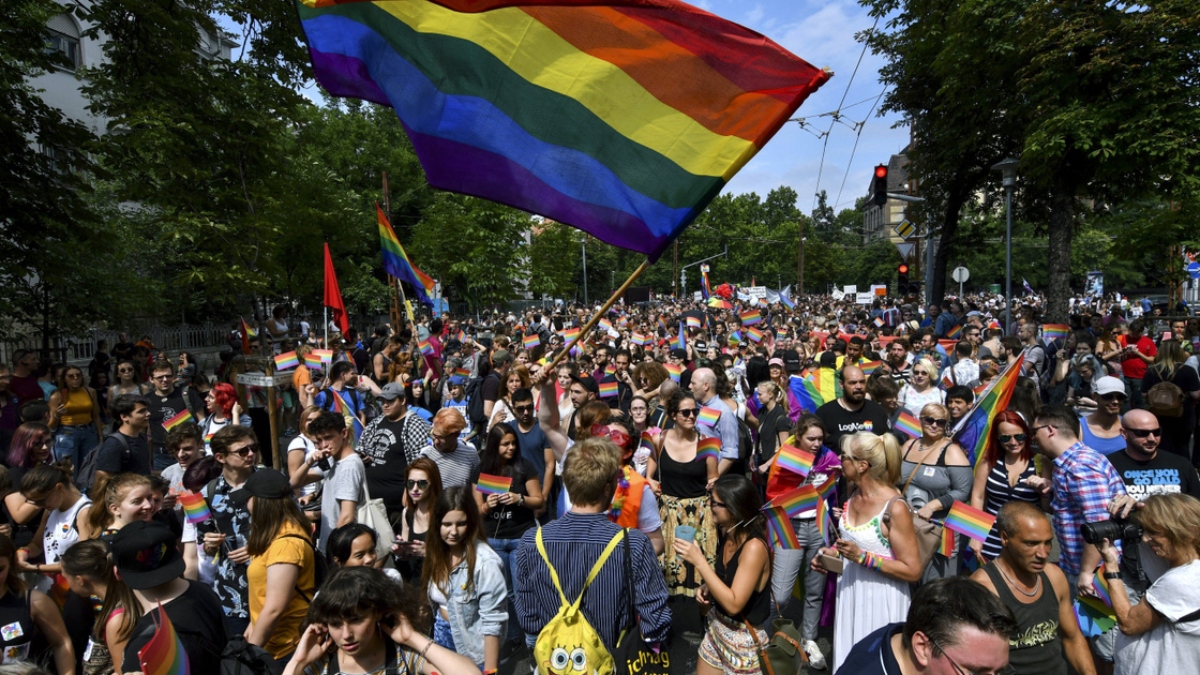 BpR: What do you think about whether filmmakers in Hungary who use artistic means to address issues of sexual orientation might be disadvantaged by the law?

L. L. S.: Obviously: they are not. Not only in today’s democracy, but even under socialism there were films made in our country, which openly showed the love between two women – I’m thinking of Károly Makk’s 1982 film “Egymásra nézve” (“Another Way”). There is no censorship in our country, every creator has the right to artistic freedom, and here anyone can work in peace and safety.

Since Viktor Orbán is the Prime Minister of Hungary and the more-and-more rightist FIDESZ is leading the country, several LGBTQ related films were produced in Hungary – some with the government’s financial support:

In the last ten years Hungary was a hotbed of Hollywood productions that have hosted names such as Warner Bros. and Legendary Pictures’ sci-fi tentpole “Dune,” Sony’s “The Nightingale,” Amazon Studios’ “Birds of Paradise,” TNT’s “The Alienist: Angel of Darkness,” and the Netflix fantasy series “The Witcher” (pictured) and also Netflix’s “Shadow and Bone” with several same-sex romantic scenes, and one of the most diverse casting. 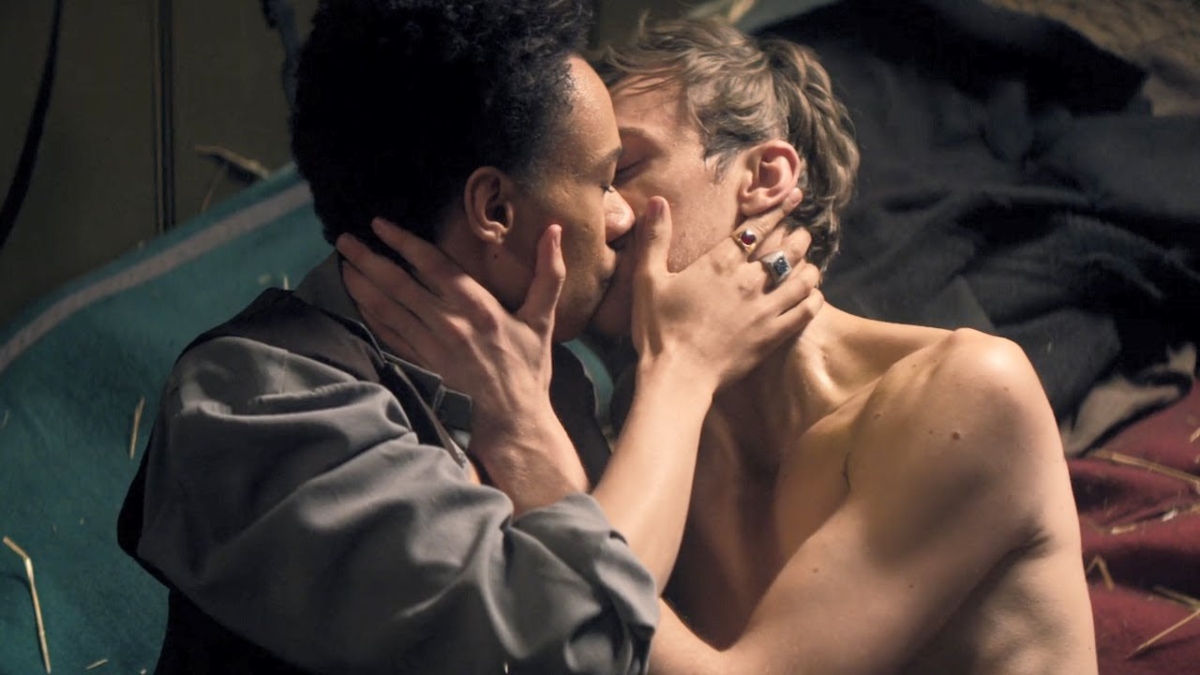 BpR: You have just become the Director General of the Hungarian National Museum. What are your plans for the job?

L. L. S.: Leading Hungary’s largest and oldest museum is a great challenge and an honour. We have the world’s largest and leading museums as our partners. It is also a big change in my personal life, as I will stop being active in politics and will not remain a Member of Parliament. In the National Museum, we want to present the pivotal periods of Hungarian history, the heroes of our history, with even greater emphasis than before. I hope that we will be able to find a lot of common ground with filmmakers as well.

Speaking of Hungarian history, heroes and heritage, Robert Lantos’ Serendipity Point Films and Beta Film are working together on “Rise of the Raven” (working title), a big-budget epic drama series about János Hunyadi, a fearless Hungarian warrior who defeated the vast Ottoman army and defended Europe in 1456 at the Battle of Belgrade. – reported by Variety.

The Hungarian government places great emphasis on adapting films of events and figures from Hungarian history, as well as on restoring existing archive films.