150
VIEWS
Share on FacebookShare on TwitterShare on LinkedIn
ADVERTISEMENT

For years, Frank Herbert’s epic novel series was believed to be “unfilmable.” Following the lukewarm reception of 1984’s “Dune” (directed by none other than David Lynch,) no filmmaker dared to even come close to the sands of Arrakis, let alone do a trilogy about it.

What Denis Villeneuve just achieved is nothing short of extraordinary. Not only did he deliver a cinematic adaptation that pleased fans of the source material, but he also managed to turn “Dune” into a mainstream sensation.

As ambitious as the movie is, die-hard fans of the franchise know that the 2021 film only engrosses the first half of the first book of “Dune”. Considering that Herbert made six Dune novels during his lifetime and given Hollywood’s love for cinematic universes, it’s no surprise that Villeneuve seems so interested in working on a new movie trilogy. 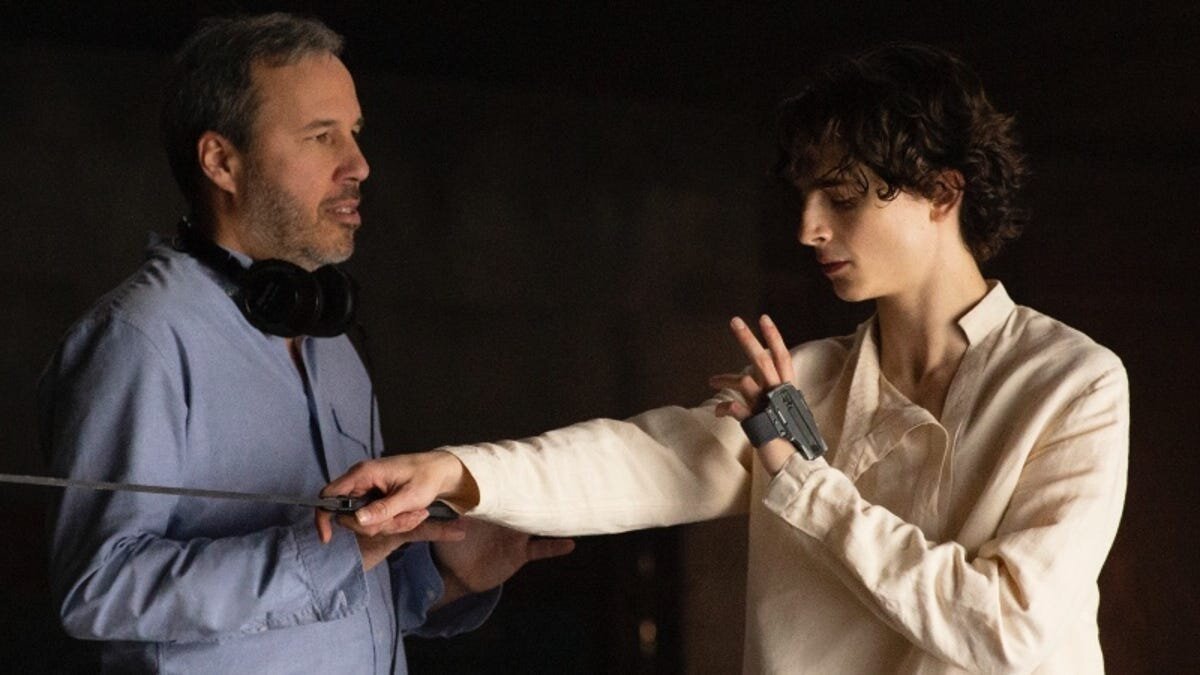 The Story so Far

2021’s “Dune” focuses mostly on Paul and Lady Jessica Atreides’ journey through Arrakis, and also the coup of Baron Harkonen on the ocean planet, Caladan.

Paul is troubled by visions of the future, where he sees a universal “holy war” being fought in his name. A central component of Paul’s visions is a young girl named Chani, who he finally meets at the end of his journey.

That’s as much as we can say before we delve into spoiler territory. One thing is for sure: much like in Star Wars, this first entry serves as an establishing chapter to introduce mainstream audiences to the world of “Dune”.

The upcoming film, which will conclude the first book and include some elements from Dune: Messiah, will see the characters endure even more hardships in the unforgiving world that awaits them. 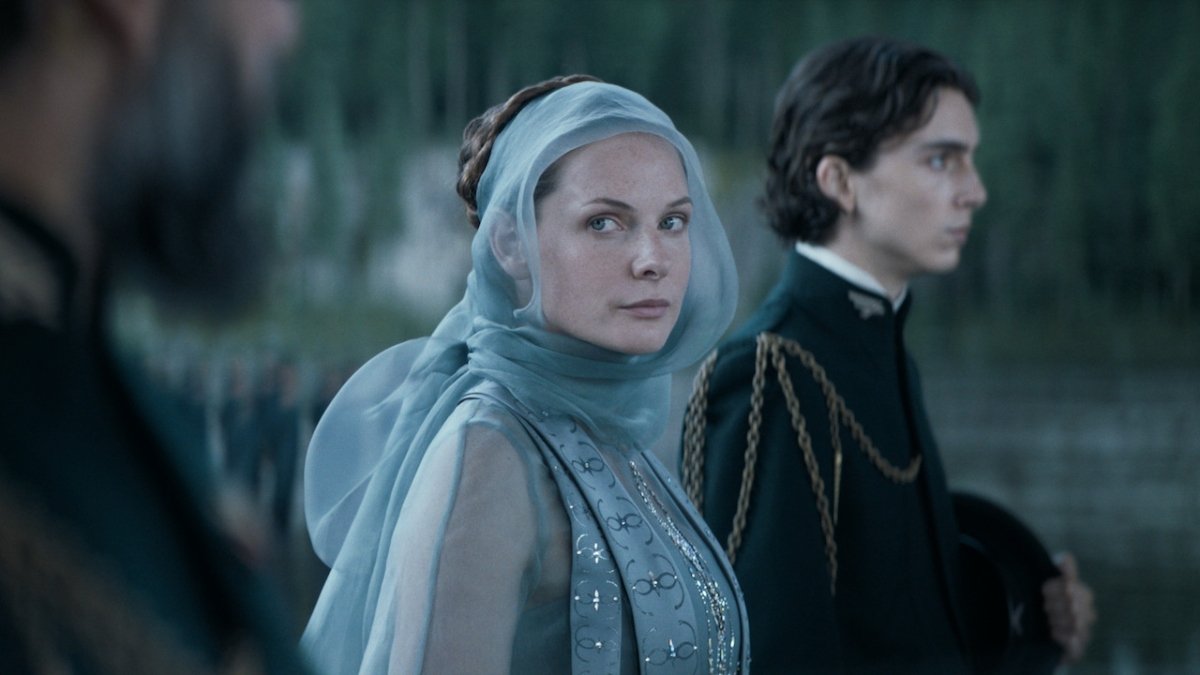 On paper, “Dune” might sound just like every other epic space opera ever filmed. In a medium where the Star Wars and Star Treks abound, why is “Dune” considered so elusive? The answer is simple: the scope of its worlds.

As we mentioned before, David Lynch tried to adapt the book into a movie in 1984, with some mixed results. The critical consensus at the time was that Lynch’s “Dune” was a “real mess,” as film critic Roger Ebert would call it.

When the news first came to light about Villeneuve’s attachment to a “Dune” film, fans of the source material were cautiously optimistic. After all, Villeneuve has made a name of himself as a true “old school” director, preferring traditional filmmaking methods over fancier cutting-edge innovations.

Maybe that’s why “Dune” feels like a movie out of its time: watching the film is just like being transported to the heyday of science fiction films, a time when movies could offer us a look into dreamscapes far removed from our reality.

Even more impressive was Villeneuve’s approach to filmmaking in this epic sci-fi film. The director was quite reticent about the use of computer-generated special effects, only using them when strictly necessary. That’s the reason why “Dune” looks more natural than, say, “The Phantom Menace”. 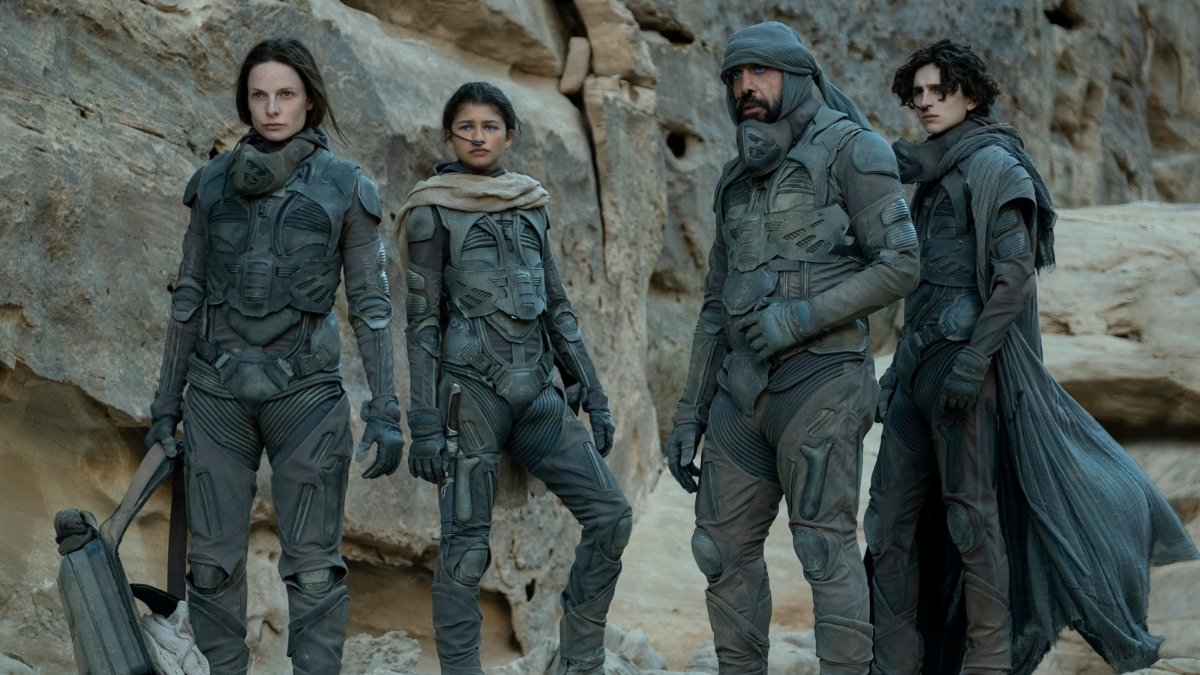 One scene, in particular, required the actors – in this case, Jason Momoa, Rebecca Ferguson, and Timothée Chalamet – to run through an extensive plot of desert dunes. Under Villeneuve’s requests, the use of a green screen to make the area look larger was strictly forbidden.

Production designer Patrice Vermette came up with an ingenious idea: why not film that scene near the sound stages at Origo Studios? That’s right, not inside the sound stages, but in between them.

As it turns out, the facilities of Budapest’s Origo Studios are so large, that the production team simply turned some of the open areas into desert sets to be used in the movie. The result is a scene that looks amazingly realistic, with minimal special effects, and all thanks to Vermette’s ingenuity, and Origo Studios’ ample accommodations.

The star of “Dune”, Timothée Chalamet is no stranger to the charming streets of Budapest, either. The young actor visited Hungary in 2018 when he starred in the Netflix historical epic “The King”.

Some of the most intense battles in the film required hundreds of extras on the screen, and an equestrian farm located in Szilvásvárad provided the team with the space they needed.

Surprisingly enough, the idea of a “Dune” sequel is somewhat recent. The studio gave Villeneuve the same deal that was offered to Andy Muschietti for the “It” duology, in which a sequel would only get greenlit if the movie proved a success.

Fortunately for Villeneuve and “Dune” fans hungry for new films, “Dune” was a resounding success. The movie became the most successful release on the HBO Max streaming platform, and also became a box-office smash hit in several territories. A mere week after its debut, Legendary Pictures announced that “Dune: Part Two” was scheduled for release in October 2023.

The fact that “Dune” is doing so well financially is also a victory for HBO Max, especially after the flop that was “The Suicide Squad”.

The world of Dune offers a combination of magic and technology: a universe where immortal beings fused with giant sandworms can be considered emperors is definitely a place where everything can happen.

If there’s a thing that must be mentioned about Herbert’s prose is that the author never delved too much into the smaller details of every confrontation seen in “Dune”. Perhaps most notably, the final battle in Dune’s first book lasts only for a page or two, but in reality, it is a massive confrontation featuring all sorts of picturesque elements of the Dune mythos.

This is a similar situation to that of Peter Jackson’s adaptations of the “Lord of the Rings” and “The Hobbit” series. The massive battles that we saw in Jackson’s epic cinematic trilogy were much shorter on paper, a fact that might happen again in Villeneuve’s proposed trilogy.

One thing is for sure: if Villeneuve decides to keep a faithful adaptation of Herbert’s works, the future seems a bit grim for Chalamet’s character, Paul Atreides.

A lot of weird things happen from this point on in “Dune”, but fans of the novel might be most excited to see the Emperor make his reveal. Others might be interested in seeing Villeneuve’s approach to the guild navigators, which are a race of mutated humans that are central to the world of Dune.

For now, there’s little to no info available about the upcoming “Dune: Part Two”, and whether the production team might return to Origo Studios to film some more Arrakis’ landscapes.

Knowing Denis Villeneuve and his passion for practical filmmaking, we wouldn’t be too surprised to hear that this next film will be even more ambitious than its prequel.