In order to impress the audience, to attract them to the theaters and also to secure the favor of many critics, there is a subcategory of which the film under analysis is a part: Brimstone.

This genre, usually, has these characteristics: set in the past, with a considerable length of time, mixture of genres, simple topics and a lot of pain. It’s no coincidence that the Academy likes sick, tear-jerking movies. One of the examples of this strand is for example “12 years a slave”, but in reality there are many. “Brimstone” has all of these characteristics, but unlike “12 years a slave, it chooses to be not only highly dramatic but also gendered.

“Brimstone”, in fact, has the pretension of being a western thriller that also contains some cleverness to be liked, exactly those we were saying before. In this way many viewers will think they have seen a film committed and important workmanship, of great issues such as the role of women in the late nineteenth century and more. “Brimstone” instead, unfortunately, as we will see in this analysis tries to please everyone: critics and general public, often failing. 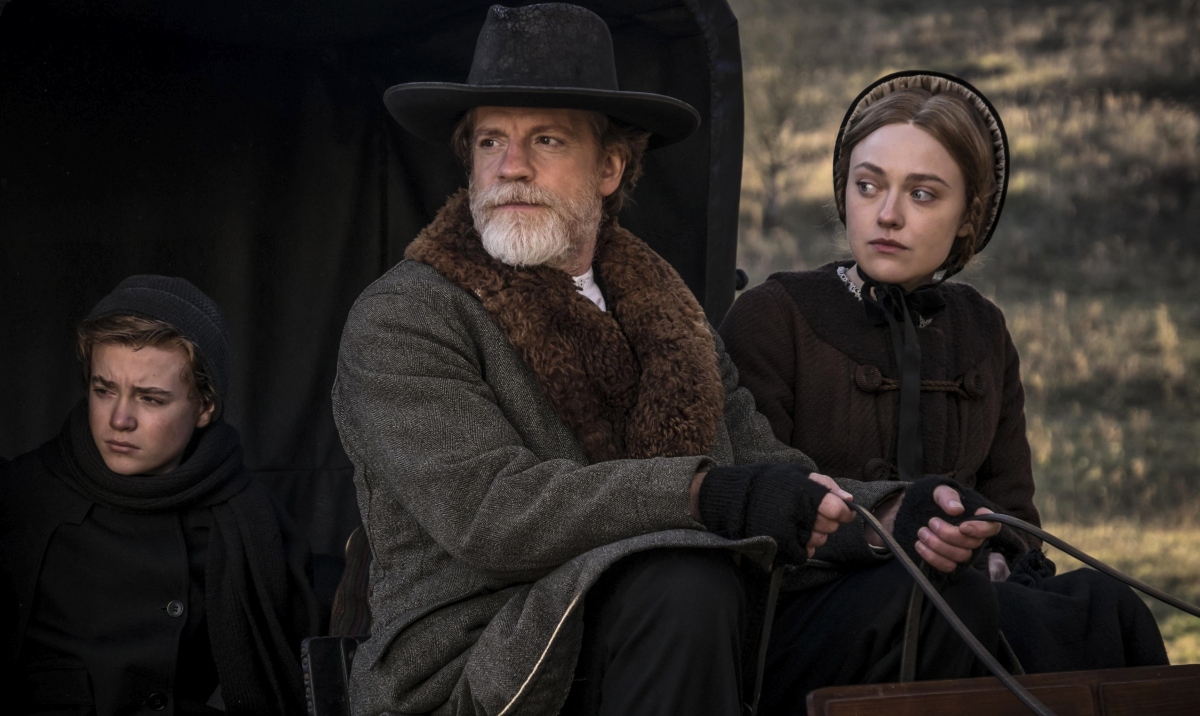 “Brimstone” and the mixture of genres

Shot in the Hungarian landscape, “Brimstone” is actually set in the Wild West but the difference is not noticeable at all. Before we continue with the analysis, let’s tell you about the plot. Sitting in church with her family, Liz (Dakota Fanning) hears the voice of the new reverend, hears words that speak of hell and punishment, and knows immediately that this man has come for her.

He has been following her since she was born, he considers her his property, and he wants nothing more than to punish her, sowing death around her, among the people she loves most. He has already forced her mother to commit suicide and now he threatens her daughter, blinded by a delirium that he calls divine justice and that is cloaked in the cruelest metaphors of the Old Testament.

Right away the film seems to fit into that vein where there is a secret, a troubled past that must be revealed. The viewer doesn’t yet know that the first chapter will be the most centered of all. The fascinating aspect of “Brimstone”, one of the few, is precisely the narrative structure divided into four chapters and four timelines. Each segment tells something about the protagonist’s life that very slowly reveals the information we need to understand everything. This narrative approach, however, detracts from the mystery and charm of the film itself.

All four chapters can be called western thrillers, however the first one plays with archetypes in a really effective way. Liz is a voiceless woman hiding a dark past, the reverend is her shadow, her specter who must punish her while all the characters are side characters, are expendable. The first twenty minutes tell just that, something very simple: two opposing forces represented by survival (Liz) and destruction (reverend).

All the appearances of the latter over the course of the film become increasingly improbable, yet in the first chapter they fit perfectly into the context because they reflect on something atavistic.

Continuing “Brimstone” will become more and more explained, shouted, so that all viewers understand the actions of the characters. 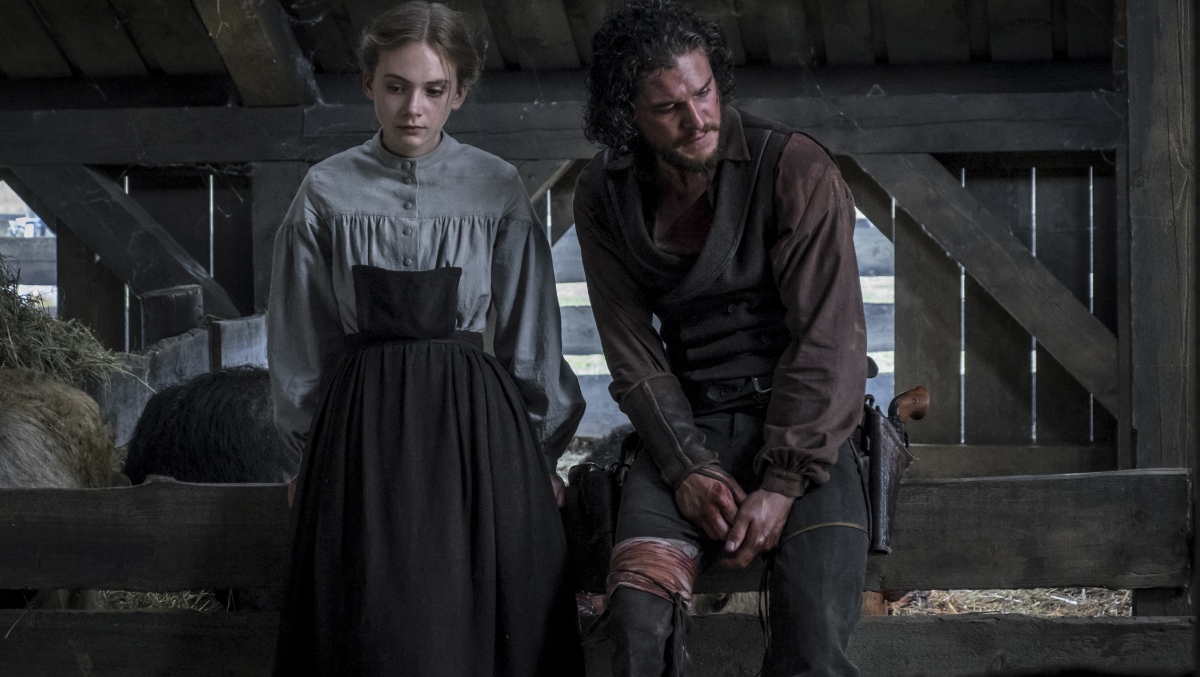 “Brimstone” and the narration of pain

In cinema, the narrative of pain has been created when, due to historical and social contexts, we always give certain characters the same fate. In the Wild West, the one narrated on film, there are almost three female roles: prostitute, mother or wife. Liz embodies them all. Although it is absolutely true that at the end of the nineteenth century white women did not have even remotely the possibilities they have today, representing them today with the same fate should not be the norm.

Otherwise, it would mean saying that all women of the nineteenth century, just all of them, had a terrifying fate. Obviously, this is not the case. “Brimstone” does even worse, it makes female pain the constant throughout the audiovisual product: the pain of childbirth, the pain of submission, the pain of rape, the pain of social injustice.

Readers, if you think “Brimstone” arrives at a catharsis you will be disappointed. Despite the fact that the ancestral evil is annihilated, the protagonist has a terrible fate, and everything you’ve seen, the two and a half hours, feels like a suffering and unique portrait of the woman. This adjective, unique, is relevant to the film. With the exception of one woman at the end of the film, every woman we know a little bit about has a terrible fate. 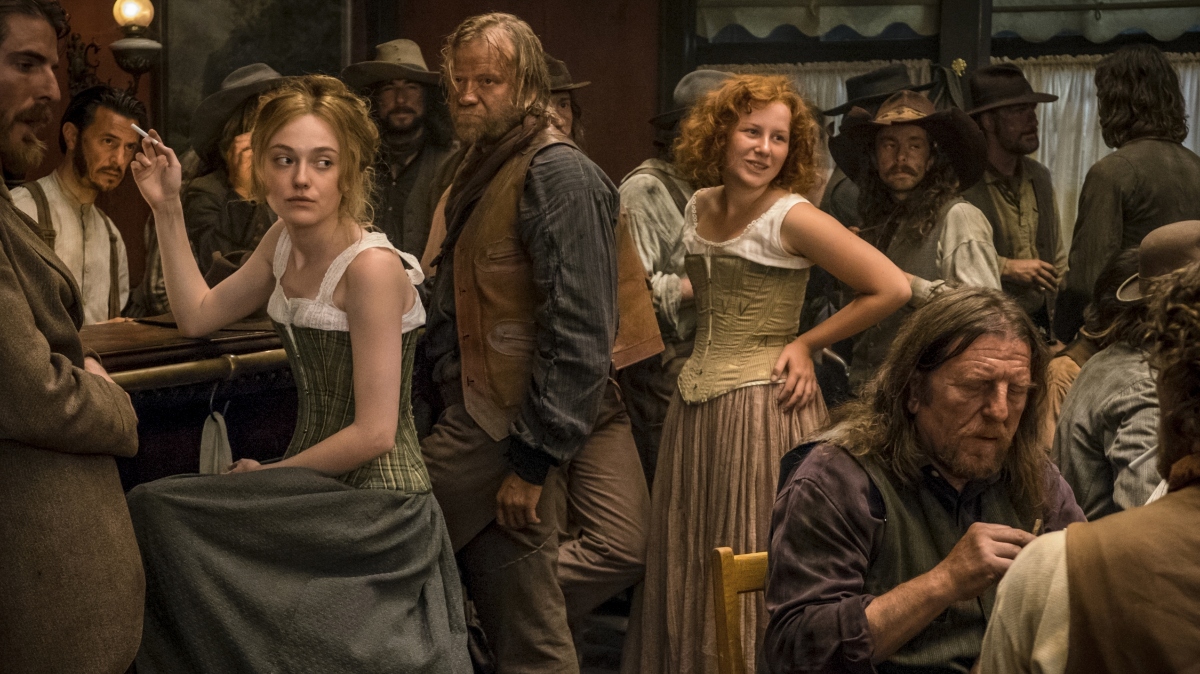 As if that wasn’t enough, “Brimstone” is also very gory because not only does it put all of the women we see on screen through pain, but it doesn’t exclude the girls: whippings, attempted rapes, and more. There is no provocation in these segments, and the hatred for the reverend played by Guy Pearce does not turn into joy at his undoing. In fact, he got almost everything he wanted; she, on the other hand, had almost everything taken away from her.

Precisely because “Brimstone” makes female grief the most telling aspect, I will quote the final paragraph written by a woman, Sheri Linden of the Los Angeles
Times who states:

“As the sequences that bookend Liz‘s story make clear, “Brimstone” is meant to celebrate a “warrior.” Yet however heroic a figure Fanning‘s Liz may be, however much this fine actress makes us feel her terror and determination, any sense of triumph is steadily, grindingly undone. A film that ostensibly aims to expose the subjugation of women spends an awful lot of time hurting and humiliating them”. 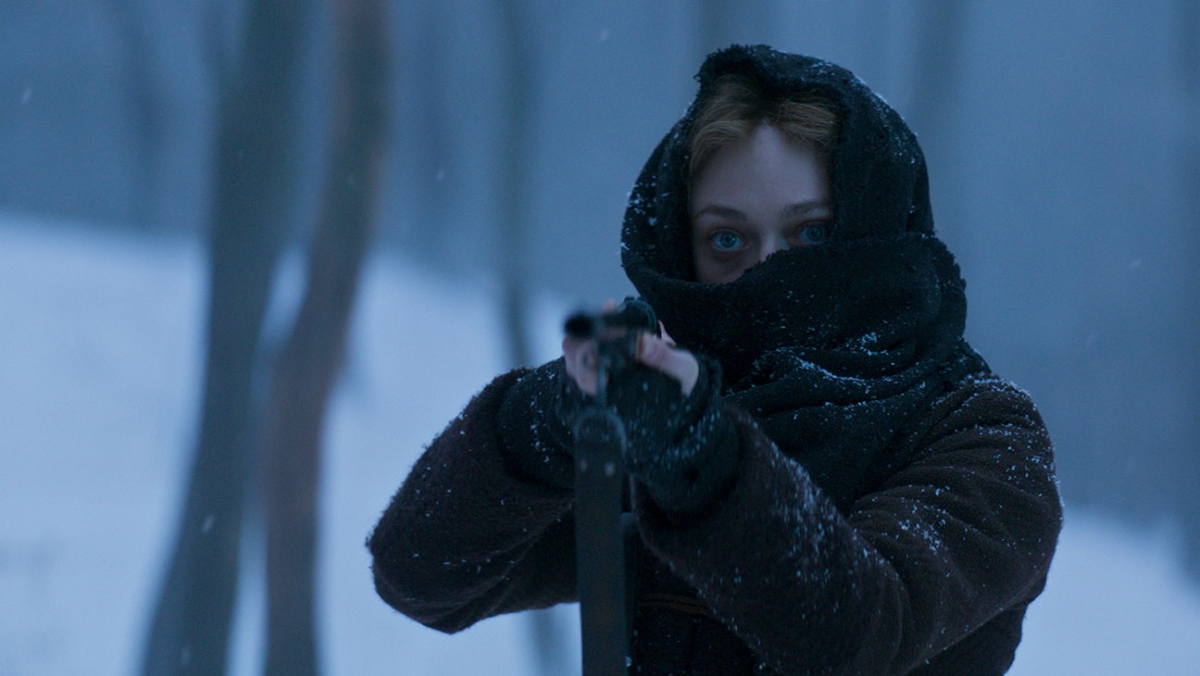 “Brimstone” would also be a film with a very good mise-en-scene, with a remarkable sound design if you think about the murder of Liz‘s husband, however it gets lost in a story where it wants to explain everything, even those wrong reasonings that lead us to think that a female warrior must sacrifice herself in the end.

“Brimstone”, directed by Martin Koolhoven, has also had considerable critical success has participated in festivals and won several awards, however if the director’s intentions were really to tell a heroine, in reality what we remember is not her triumph but her pain.

"Brimstone" would also be a film with a very good mise-en-scene, with a remarkable sound design if you think about the murder of Liz's husband, however it gets lost in a story where it wants to explain everything, even those wrong reasonings that lead us to think that a female warrior must sacrifice herself in the end. "Brimstone", directed by Martin Koolhoven, has also had considerable critical success has participated in festivals and won several awards, however if the director's intentions were really to tell a heroine, in reality what we remember is not her triumph but her pain.