Don’t Breathe is a film guaranteed to keep you on the edge of your seats, and it’s directed by the same man who gave us the iconic 2013 Evil Dead remake.

It centers around three young delinquents from Detroit named Rocky, Alex, and Money, who decides to break into a blind veteran’s home and steal $300,000 worth of settlement after a car crash that killed his daughter. These kids are desperate for money, especially Rocky (played by Jane Levy), who needs to run away from their abusive family with her little sister.

You’d think that breaking into a blind man’s house and taking his cash should only take an hour, but oh how the tables have turned. The film gives us our worst nightmares as to what could happen during a robbery gone wrong, especially when the man you’re stealing from ends up to be a psychopath blind veteran with sharpened senses. As the title suggests, you’ll be holding your breath throughout this movie.

The screenplay is refreshing and original, which is what Fede Álvarez wanted for his second feature film. It’s a horror-thriller film done right, using less supernatural and gory elements (except for the scene with the impregnated captive in his basement, which we’ll get to later). The blind veteran, Norman Nordstrom, is played by Stephen Lang. 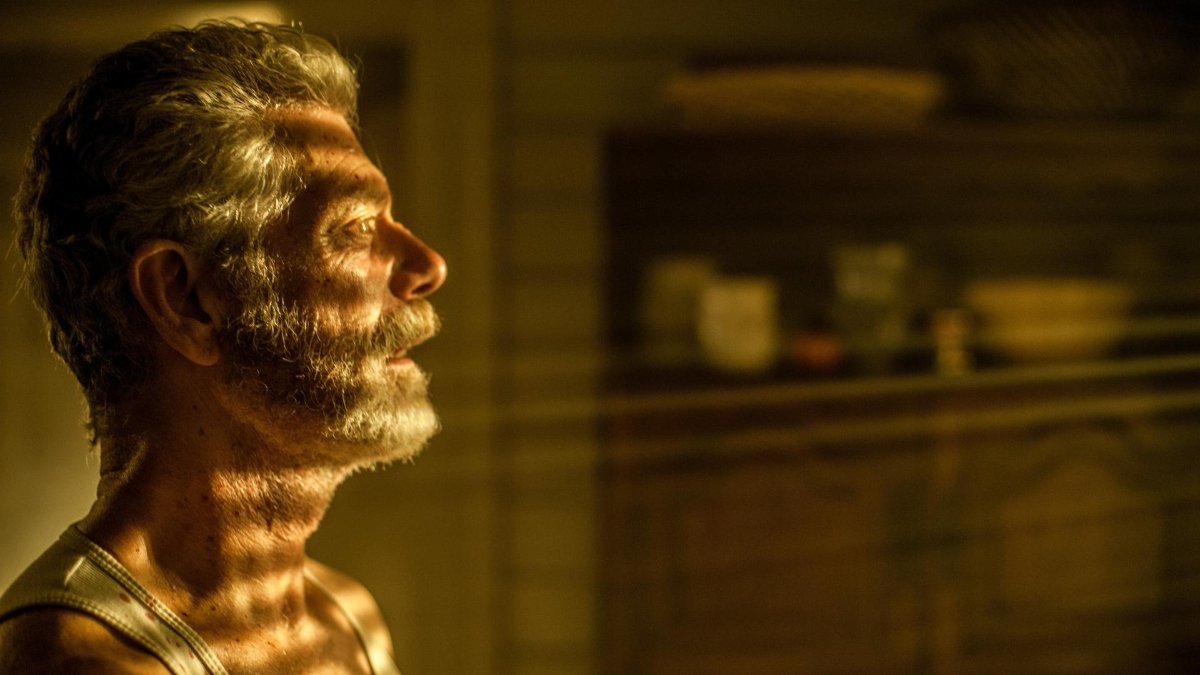 There is no other actor who could play the antagonist so well, and his performance got me squealing. He’s so scary that instead of pitying him, you end up rooting for the thieves. Similarly, Jane Levy’s performance and facial expressions are so convincing, which is jarring to see as she has only done a few horror films. Dylan Minnette, who looks way too much of a nice guy to be a burglar, still manages to give a great performance.

He was a character worth cheering for, and we really hoped he would walk out that door hand-in-hand with Rocky. Daniel Zovatto’s performance draws some similarities to Jared Leto’s character in the survival horror “Panic Room”, he does a great job in being that annoying character, and although we’d like to see him die we also fear for him with how brutal he gets killed. 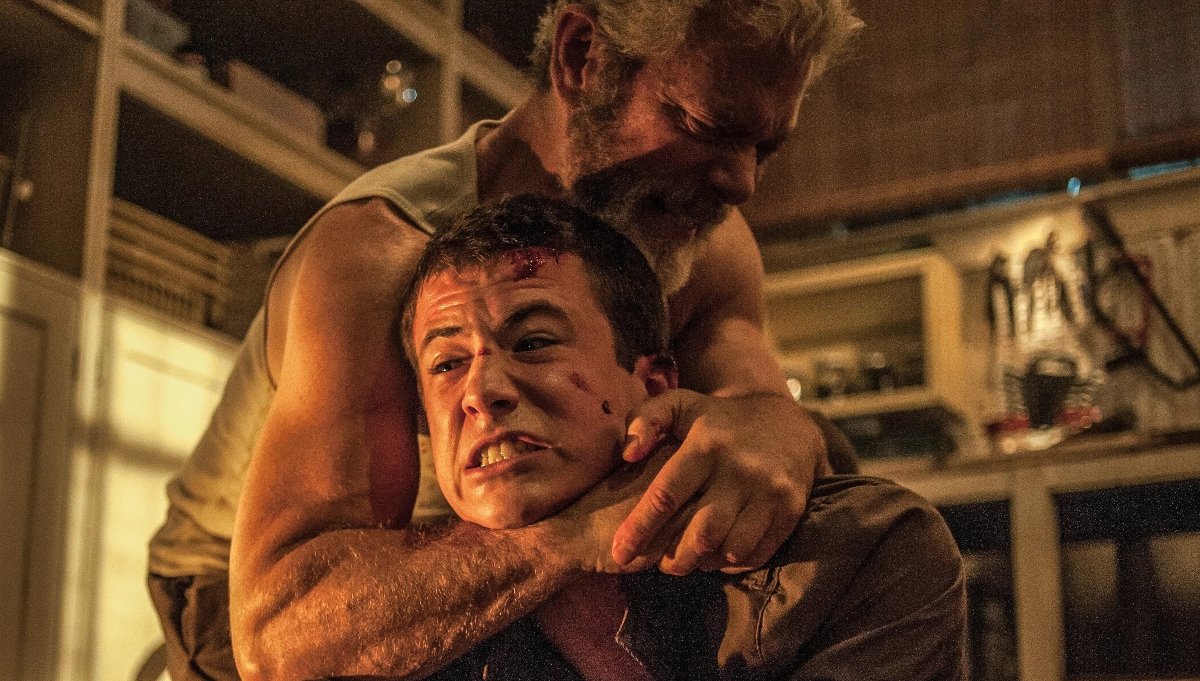 Technically, Norman isn’t the bad guy as his house was getting broken into, and that the kids were getting what they deserved. But the film also plays with moral dilemmas by giving each of the characters personal motives. Rocky needs the money, Alex has a secret crush on her and wants to help her out, Money is just in there for kicks.

Then there’s Norman, whose money is meant to compensate the tragic death of his daughter, and he kidnaps the woman, Cindy Roberts, responsible for her death to give him another daughter. Still, the car crash was an accident, so did the woman really deserve this punishment?

As Norman has the ears of a bat, the situation requires the thieves to stay silent to hide from him, meaning there’s less room for dialogue and more for cat-and-mouse chasing between the four. Making up for the silence is the suspenseful camera work done by Pedro Luque, the hair-raising score by Roque Banos, and Naaman Marshall’s production design all combined. 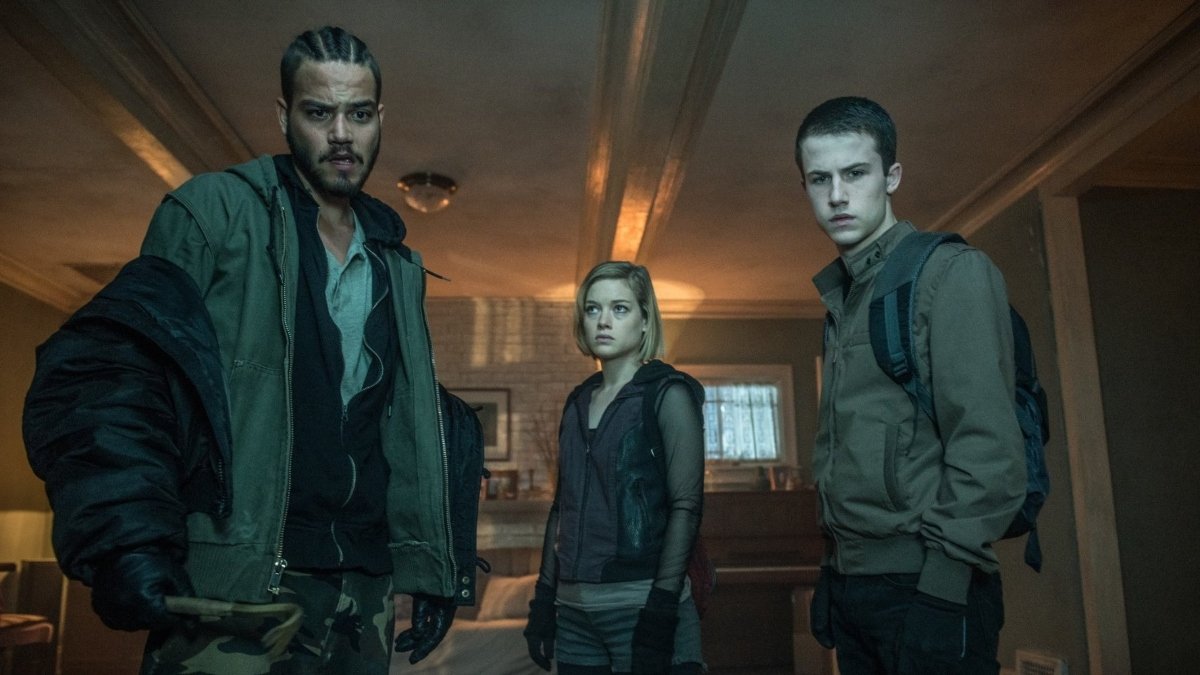 “Don’t Breathe” does a great job in keeping tensions high without falling prey to cliché horror jumpscares and gimmicks. All the jumpscares and challenges thrown at the delinquents make sense, it’s almost like getting tapped on the shoulder by a stranger. What makes “Don’t Breathe” more unsettling is that it’s grounded in reality.

That is, until they go deeper into the locked basement where they find something even more disturbing, which really displays how far Norman can go. It also explains why he is adamant on killing the intruders, instead of surrendering them to the police to get his money back and going on with his normal life.

Although the story takes place in Detroit, the film was primarily shot in Budapest, Hungary over the course of seven weeks. The interior of Norman’s yellow brick house was actually shot in Pomáz, a small town in Pest county of Hungary. Production designer Naaman Marshall managed to create an accurate depiction of Detroit on a soundstage in Budapest, who wanted to give the house a fortress feel. 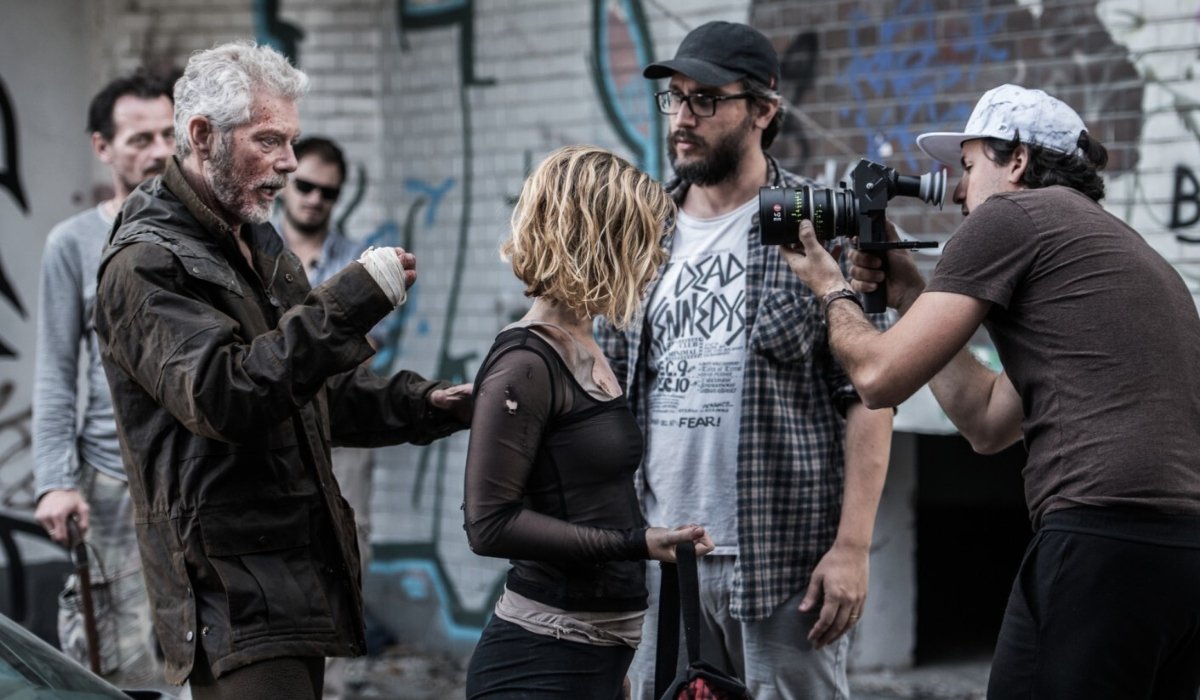 For some of the exterior shots in Detroit were actually filmed on the area. The set design of the film is atmospheric and incredibly detailed, nailing down what a scary blind man’s house should look like: the duct tape on the carpets so that it doesn’t move out of place, the furniture propped against the fireplace, leaving the blind man a whole space for himself to walk around.

But what’s even more fascinating is the worn finger marks along his wallpaper, indicating the repeated tracing Norman does around his house. The warm orange light peeking through the barricaded windows, reminding us of the outside world that exists within arm’s reach, makes it all look claustrophobic as the delinquents survive to escape the hellhouse.

The basement scene is the most disturbing one in the film, if you thought being chased around by a blind man was scary enough, wait til you find out he’s kidnapped a young woman and impregnated her (with a turkey baster, of course) in his basement. I’ve never been so scared by semen more than blood, the final blow being when Rocky jabs the semen-filled turkey baster into Norman’s mouth.

This adds a whole extra layer to the film and Norman as a character, and really makes the burglars set on defeating this guy. However, this is when we start to raise a lot of questions. How did the blind man get a hold of Cindy? Not only that, how did the police not find the basement and Cindy’s body after rescuing the blind man?

If they have found two bodies in the crime scene, surely they would sweep the entire area to investigate. That genuinely frustrates me, but honestly we’re just relieved Rocky gets away in the end and moves to California with her little sister, away from the creepy blind man after hours of being stuck. What more could you ask for?

In conclusion, “Don’t Breathe” is a worth watch if you’re desensitized to haunted ghosts and Jigsaw-esque killers. Fede Álvarez’s second feature gives a lot of nods to Hitchcock, also a master of suspense and building tension through cinematic techniques, manipulating the cinematography, the score, and the mise-en-scène to give a visceral experience the audience will never forget. “Don’t Breathe” will also leave Detroit burglars shaking, warning for not to go to 1837 Buena Vista Street as their final score.