151
VIEWS
Share on FacebookShare on TwitterShare on LinkedIn
ADVERTISEMENT

“Birds of Paradise”, written and directed by Sarah Adina Smith, is an American drama film, which adapts the 2019 novel Bright Burning Stars.

It stars Diana Silvers as Kate Sanders and Kristine Frøseth as Marine Elise Durand, both of who are almost equally the film’s protagonists. The supporting cast features Caroline Goodall, Eva Lomby, and Jacqueline Bisset. The film was released on September 24th 2021 for the Amazon Prime streaming service, and is bilingual (mostly English and at times French).

A ballet flick’s standards of judgment can simply be considered the quality of the ballet dancing itself. The intensity with which classical ballerinas have to go through is itself hard to translate to screen, and the achievement of that alone is commendable. But if even the ballet dancing sequences garner no appreciation, the film may not be worth watching if even the ballet sequences are below average. But know that when the spectacle itself is the only praised aspect of a ballet film, it must be quite average, which is the case with “Birds of Paradise” as well.

The choreography and sometimes the cinematography is astonishing, but the tale itself lacks direction, and not that a film having no purpose is a con, but the point is that it doesn’t have as much of a direction as it attempts to have. Regardless, it’s a film with quality choreography and music, as well as the kind of cinematography that is at times memorable, but as said above, that’s what the par is for ballet or sports films, and “Birds of Paradise” is very close to the par. The film is as good as its characters, who too excel at the act itself, but are nothing out of the ordinary themselves.

So, without further ado, let’s get to discussing “Birds of Paradise”’s plot, characters, visuals, etc. in-depth to weigh its pros and cons.

Diana Silvers of Booksmart fame plays the introverted yet determined Kate Sanders, an American ballet student who joins a French ballet club on scholarship. She’s the only daughter of a caring father, who, despite his economic struggles, does all he can for the sake of her ballet dancing career, and she seeks to go to extreme lengths for herself and most importantly her father. 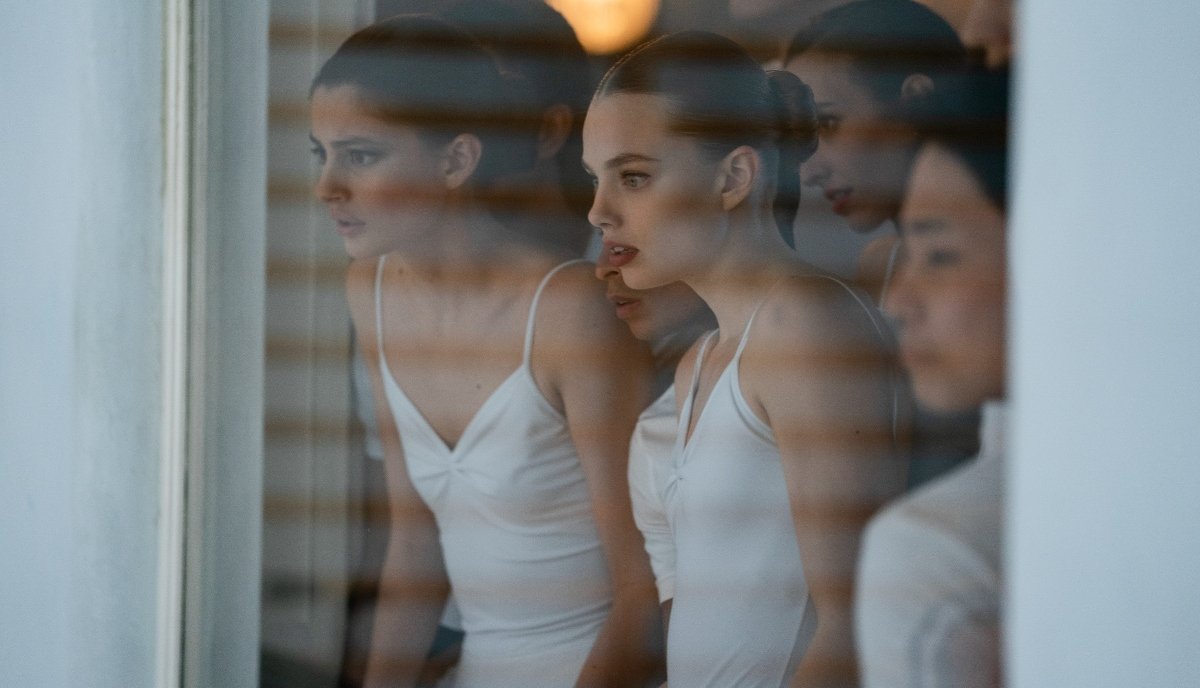 Kristine Frøseth plays Marine Durand, who serves as a frenemy of Kate, her best of friends, as well as the best of her rivals. The background of Kristine is quite contrasting. She’s the daughter of very rich parents with a lot of contacts, who seek for her to win the prize to honor her recently deceased twin Ollie, whose suicide still has the family mourning and continues to take a toll on Kristine’s mental health.

Silvers does a good job at playing Kate. The character doesn’t demand much, but she hits all the right notes. It’s not her fault that the character she was given to portray was itself lacking in prominence. Kristine, however, delivers a standout performance mostly due to Marine being a character with a lot going on, which, unlike the case of Kristine, gives more of an opportunity to see the sentiments of Marine. Nonetheless, some incompleteness persists in both the characters that would keep one from rooting for them.

Kate does happen to be in predicaments one wouldn’t wish upon oneself, but she displays nothing special enough to make us root for her over all the other ballerinas, so the reasons of rooting for her remains as simple as her predicament and her being the protagonist. Kristine, on the other end, doesn’t seek to win alone, and her pursuit changes through the course of the film. Her parents motivate her to win for the sake of Ollie, but things unexpectedly escalate.

The relationship of Kate and Marine is also something that doesn’t stand out as much as it wants to. It began upon the two sharing the same room, eventually leading to a strengthened bond, unveiled secrets, and idealistic promises. Marine serves as Kate’s guide to the top prize but is at the same time also her strongest competitor.

The two make a pact of making sure both end up winning the prize, or simply not accepting it at all. Things lead to all the things you would expect in such a drama. From romance to betrayal and revealed secrets, things take a turn twisted enough to increase competition between the two leading characters even more.

The problem, as stated above, is that one doesn’t’ know who to root for, especially since things keep getting worse for Marine at the expense of a misunderstanding by Kate. One wouldn’t simply feel very happy for Kate winning the prize, and the interest in winning the prize is lost even more due to the pact of both winning together being broken.

By the end, the only thing one wishes for is for the two characters to clear things up between each other, and that too not for the sake of how much one individually cares for the two, but for the preservation of a friendship that went astray due to extraneous aspects.

With the shift of character focus, as well as the storyline not following the intended direction, the source material could’ve benefitted from being adapted as a miniseries or a longer movie instead. A runtime of under 2 hours is too little for a story that attempts to dive into the lives of two dancers, as well as the ballet dancing culture itself.

The actresses do a good job at selling otherwise average characters who happen to have somewhat compelling backstories, but the way the story plays out doesn’t make the best out of a two-hour runtime. 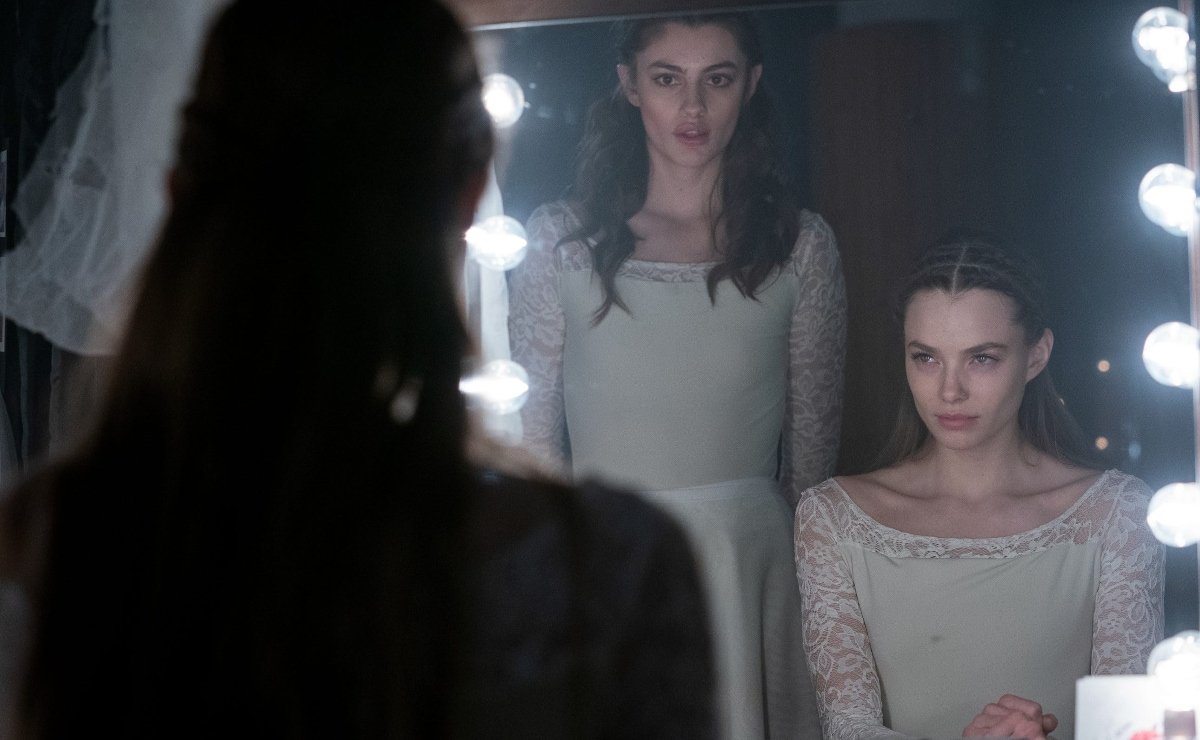 “Birds of Paradise”, despite being full of characters that speak in French, was filmed in Hungary in February 2020. The principal photography was done in Budapest to be more specific.

The cinematography is mostly the same as the film itself in terms of quality. Watchable enough, but doesn’t consistently stand out. Though there are some moments when the cinematography does take a positive turn, even then, one ends up thinking of ways the potential beauty of those particular scenes could’ve been executed.

It complements the dance choreography well enough, but besides a trippy sequence in the beginning, it isn’t something to commend throughout the film when it comes to casual scenes. The consistent normalcy of its cinematography is also something that fits the nature of TV series much more.

But unlike the cinematography, the music by Ellen Reid is something that deserves a lot of appreciation. It sounds a little too dystopian sci-fi for a ballerina flick, but it’s an unusual combination that works really well and is very good to listen to on its own merit too. It complements all the dance sequences or any moment of intensity in the character story greatly. One can say that besides the dance sequences, the music is the only great thing about the film.

“Birds of Paradise” is a ballet dancing drama that we may not necessarily recommend you to watch, but we won’t advise you against watching it either. For those looking for greatly choreographed dance sequences alongside characters human enough, it’d be a good watch. The film remains far from greatness due to nothing besides the choreography and music attracting one’s eye for originality. The script is also something that strays a little too much for a film that’s not even two hours long. “Birds of Paradise” doesn’t hit any wrong notes, but it rarely hits any good notes too.