No Result
View All Result
Home Other

by Mark McPherson
in Other
Reading Time: 6 mins read

506
VIEWS
Share on FacebookShare on TwitterShare on LinkedIn
ADVERTISEMENT

It’s been a busy week in the film industry. There’s been delays for DC Comics, new spin-offs for Star Wars, and an ending for a Star Trek series. There’s also the more pressing issue of film distributors pulling out of Russia which has most likely dominated much of the news feed. Here’s a quick catch-up on last week in film.

Ewan McGregor had previously played the role of the Jedi Master Obi-Wan Kenobi, who would eventually become the mentor of Luke Skywalker. McGregor played Obi-Wan in “The Phantom Menace”, “Attack of the Clones”, and “Revenge of the Sith”, better known as the prequel trilogy. Now he’ll be returning to the role and we finally got our first look.

Disney has just unveiled the first trailer for the Obi-Wan Kenobi spin-off series coming to Disney+. The series will take place after the events of “Revenge of the Sith”, when the Jedi Master went into hiding following the tragic events of Order 66. And if you’re hoping for more cameos, you’re in luck. 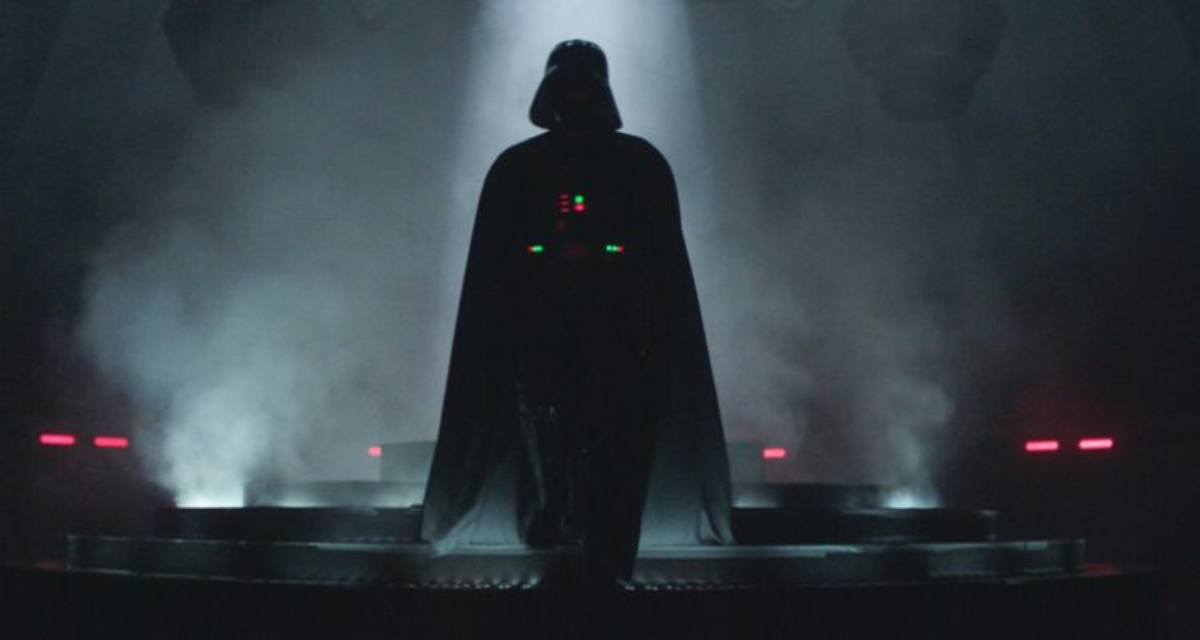 It appears that we’ll also see the return of Anakin Skywalker who is now Darth Vader in full costume. Preview images were released this week and confirm there won’t be much of a change in the costume. He still looks very much like the imposing and caped villain that was present in the original Star Wars trilogy. The series will premiere on Disney+ starting May 25, 2022.

Warner Bros had plenty of DC Comics movies due to release in 2022. But it seems now that things are being shaken up in the schedule for undisclosed reasons. Some films will be premiering later in the year while one film will arrive earlier than expected. 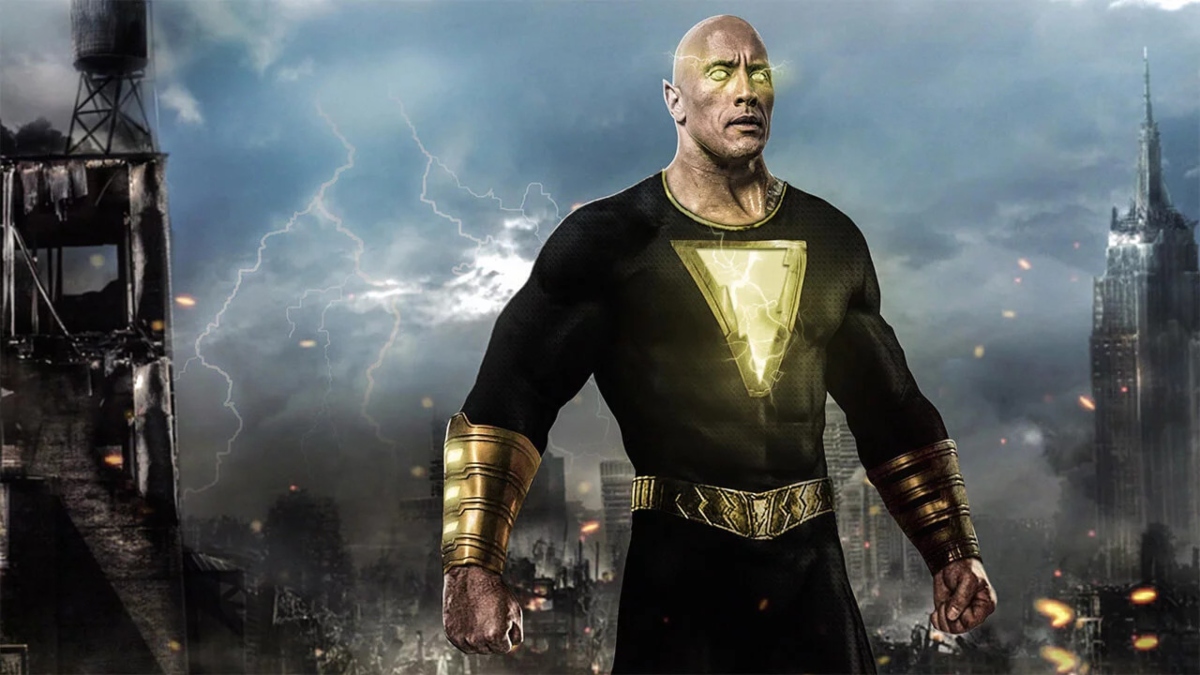 First, the delays. “Black Adam”, the spin-off movie to “Shazam” which will star Dwayne Johnson, is being pushed from summer of 2022 to the fall. The film will now hit theaters on October 21st, 2022. This led to a domino effect that affects the upcoming Aquaman and Flash movies. 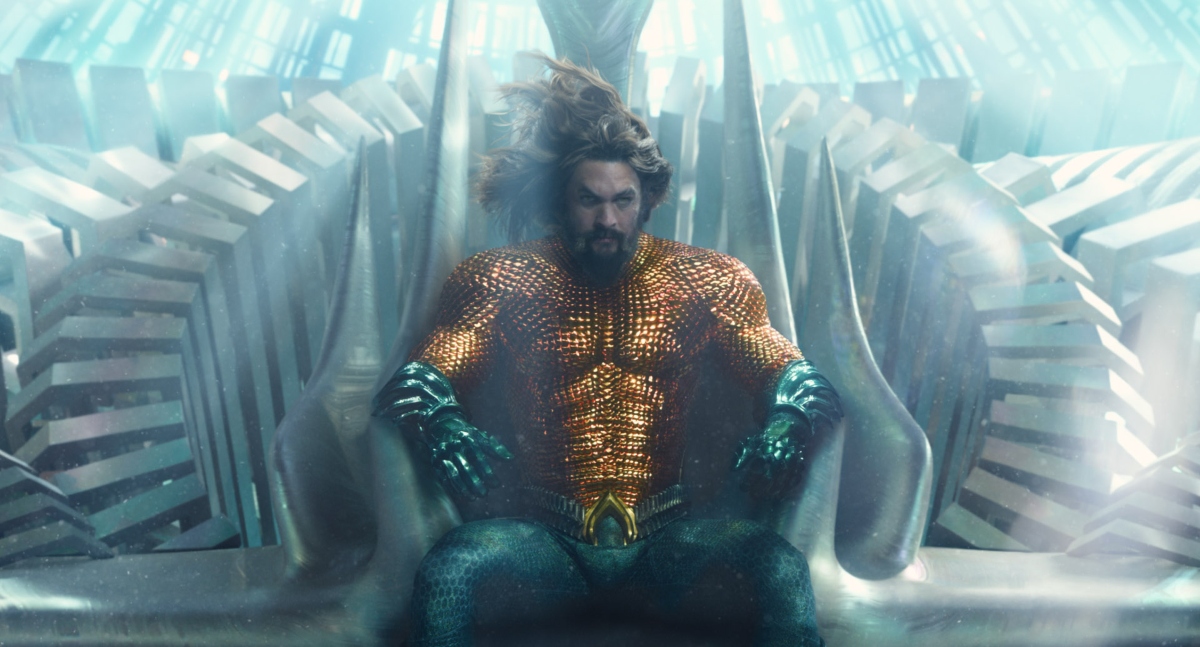 The news isn’t all bad though. “Shazam! Fury of the Gods”, the sequel to 2019’s “Shazam”, will now be going to theaters sooner than expected. Originally set for a 2023 debut, the new release date is now December 16th, 2022, the spot previously held by Aquaman. The shift doesn’t appear to be an issue with business amid the Russian boycott or Covid-19 cases, considering that Warner Bros is merely swapping slots at the moment. 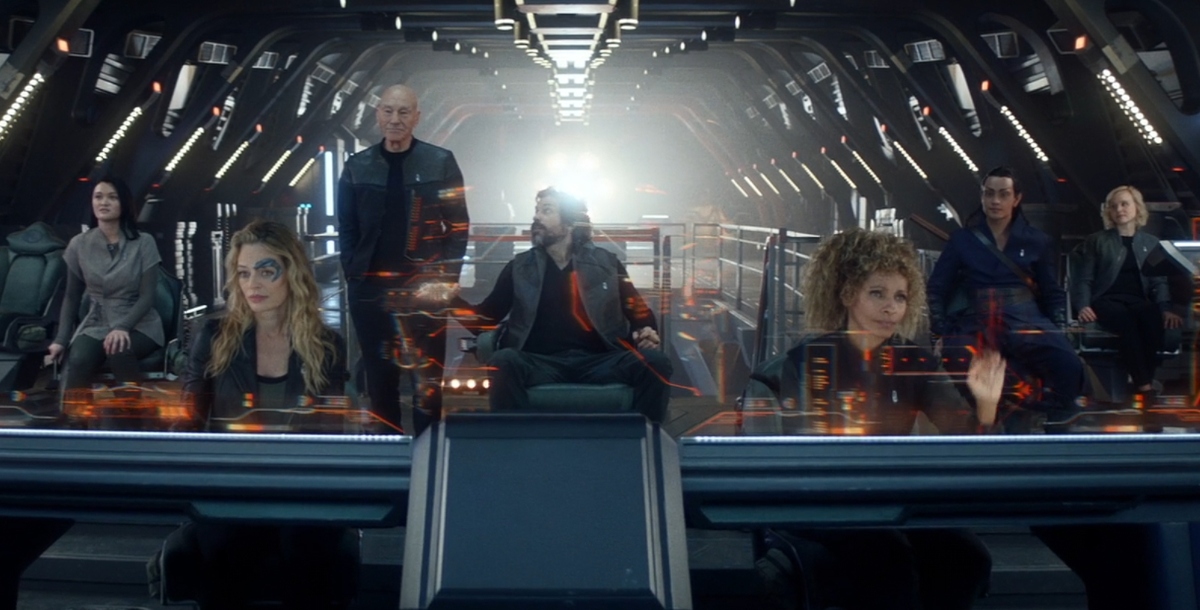 Paramount has been developing a number of Star Trek projects and one of the most nostalgic has been Picard. The sequel series continues the adventures of Jean Luc Picard, the Captain of the USS Enterprise from “Star Trek: The Next Generation”, once again portrayed by Patrick Stewart. The first season aired on Paramount+ and the second season is currently airing on the streaming platform.

The third season has just finished production and it’s been confirmed that this will be the last season. Jeri Ryan, the actor who portrayed Seven of Nine in the series and previously on “Star Trek: Voyager”, confirmed over Twitter that production had wrapped.

It’s clear that this show wasn’t going to last too long given the age of Patrick Stewart and the crowding of other Star Trek shows. Currently, Paramount has active Star Trek productions with the Discovery, Lower Decks, and the upcoming Strange New Worlds. “Picard” will mark the first of the new Star Trek shows to come to a conclusion.

Last weekend, “The Batman” hit theaters worldwide and made a major splash at the box office. Earlier this year, Warner Bros also saw some acclaim and success with the HBO Max series “Peacemaker”, continuing the DC Comics character after the events of 2021’s “The Sucide Squad”. The lessons being learned here is that making less connected worlds is going to be a secret to success for DC Comics productions. 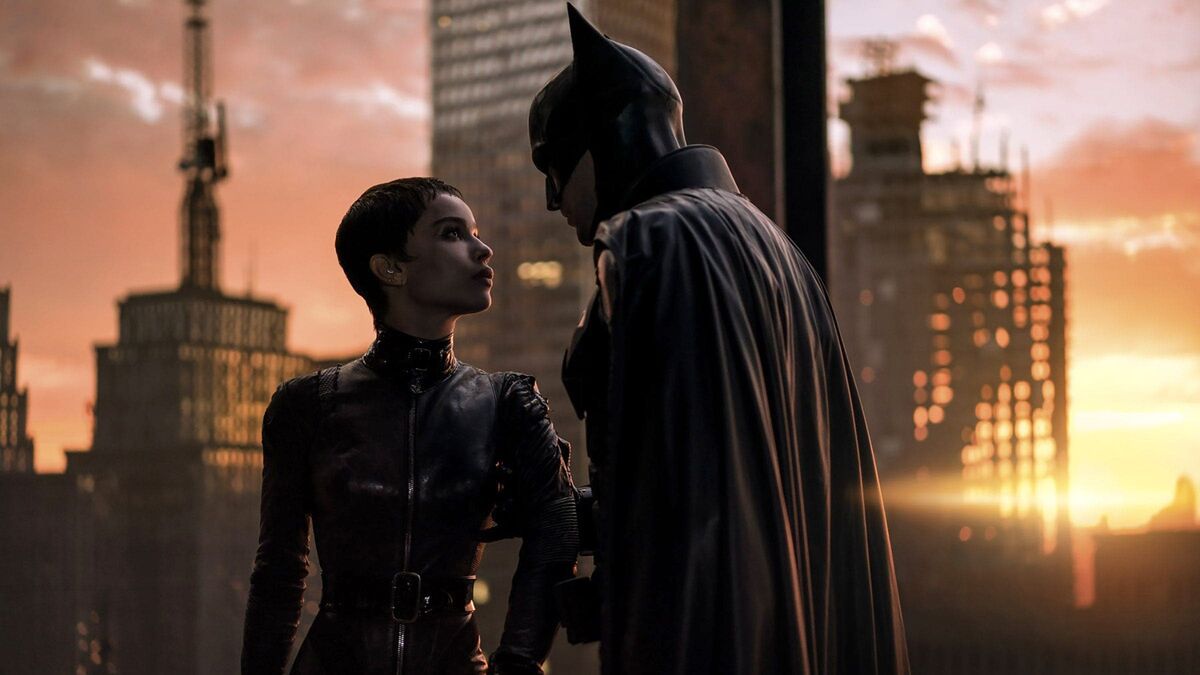 James Gunn is already working on another DC Comics TV series as well as a second season for Peacemaker. A spin-off of The Batman concerning Penguin is already in the works. Toby Emmerich of Warner Bros spoke with Deadline about the future of their comic book franchises and said the following:

“The secret of the movie business is quality. It’s the best business strategy for both theatrical motion pictures and superhero movies. The movies don’t have to all have the same tone, or interlock with other DC movies, or have an Easter egg that sets up another film. Quality is the most important factor for a studio, and the biggest thing you can do to influence quality is the filmmaker that you hire.”

Considering the huge success of both “The Batman” and “The Suicide Squad”, count on seeing more productions of gritty PG-13 pictures and goofy R-rated adventures. 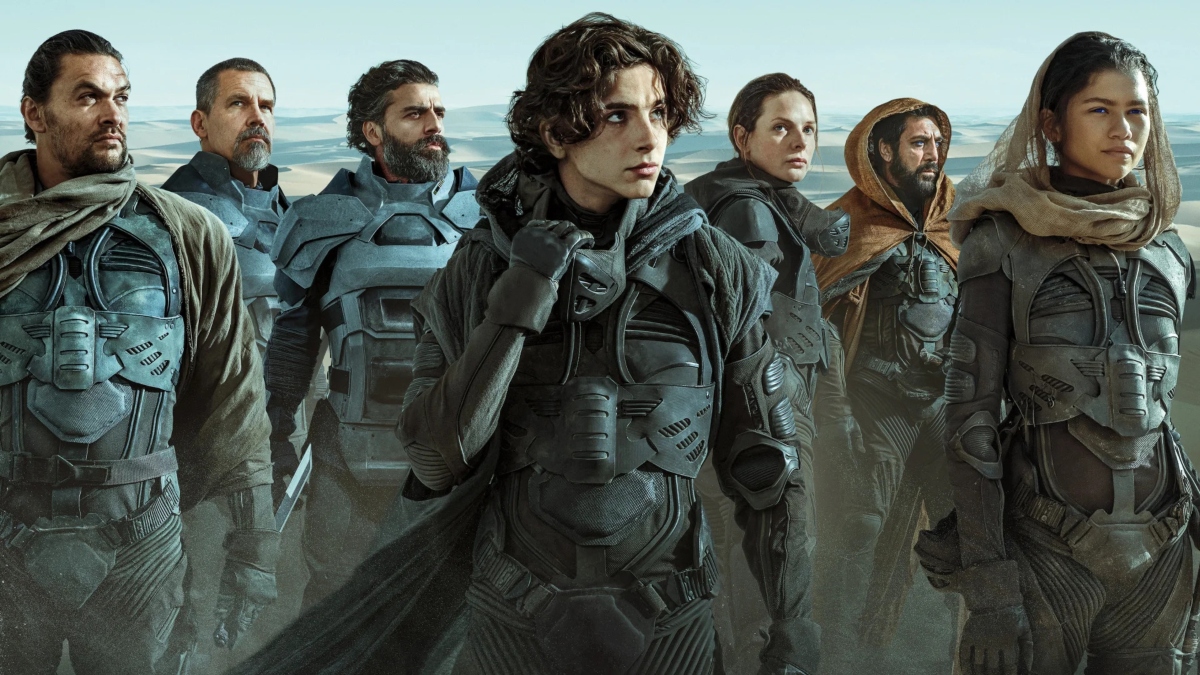 With “Dune Part II” due to go into production soon, there’s been talk about how far the Dune saga will go. There are multiple novels in the series and the 2021 film only covered half of the first book. How much further could it go? Well, according to screenwriter Jon Spaihts, at least the second book could be in the future.

In an interview with The Playlist, he said the following about what might follow after “Dune Part II”:

“‘Dune Messiah’ is the next book, and it’s one of three books with ‘Dune,’ ‘Dune Messiah,’ and ‘Children of Dune,’ that covers the lives of the characters we meet in the first novel. Subsequently, there’s a giant leap in time and the series gets stranger and more epic as it carries on. But ‘Dune Messiah’ picks up years after the close of ‘Dune,’ and yes, Denis has talked seriously about making that film as well, as a conclusion of the trilogy.

‘Dune Messiah’ is a very interesting book, which in some ways, deconstructs Dune and plays as a cautionary tale, even more than Dune does, about the dangers of blending religion and politics, the hazards of following charismatic leaders, and the dangerous struggle that’s always alive between the individual and institutions.”

“Dune Part II” is likely to head into production soon considering that the theatrical release date is already set for October 20, 2023.