It’s another busy week in the world of filmmaking.

There are some new cast details revealed about James Cameron’s long-anticipated return to Pandora for Avatar 2. More Marvel spin-offs may be coming soon for some Thor characters. Stranger Things is dominating the streaming wars. And a cool new technique will be used in even more Disney productions. Check all the latest news from last week. 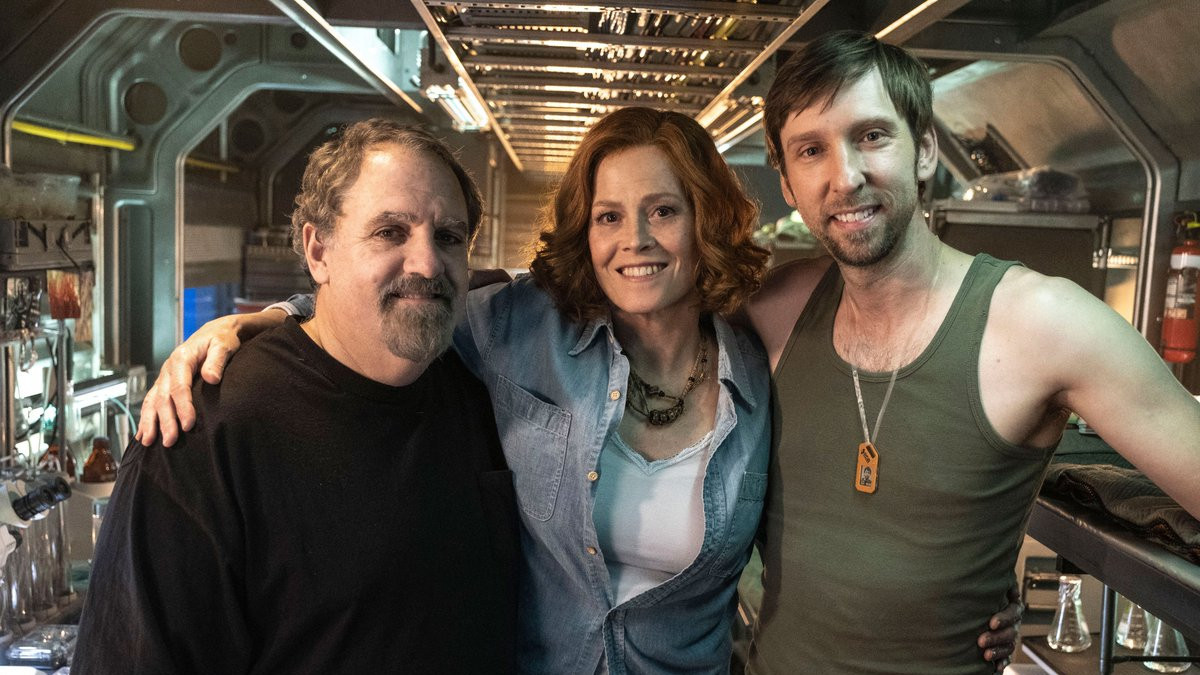 James Cameron will soon be debuting his long-awaited sequel to 2009’s “Avatar”. His original sci-fi blockbuster was one of his biggest productions to date, utilizing one of the most massive production budgets ever and smashing box office records. Despite so much time having passed, Cameron had recently revealed a teaser trailer of the new tech he’s developing for the big return to the world of Pandora with its towering alien creatures known as the Navi.

The sequel entitled “Avatar: The Way Of Water” will feature the return of the central characters Jake and Neytiri, reprised by Sam Worthington and Zoe Saldana respectively. And there’s another star returning: Sigourney Weaver. But, wait, how is this possible? In the previous film, she played the scientist Dr. Grace Augustine and she died during the finale of that picture. Well, Weaver won’t exactly be playing the same role. 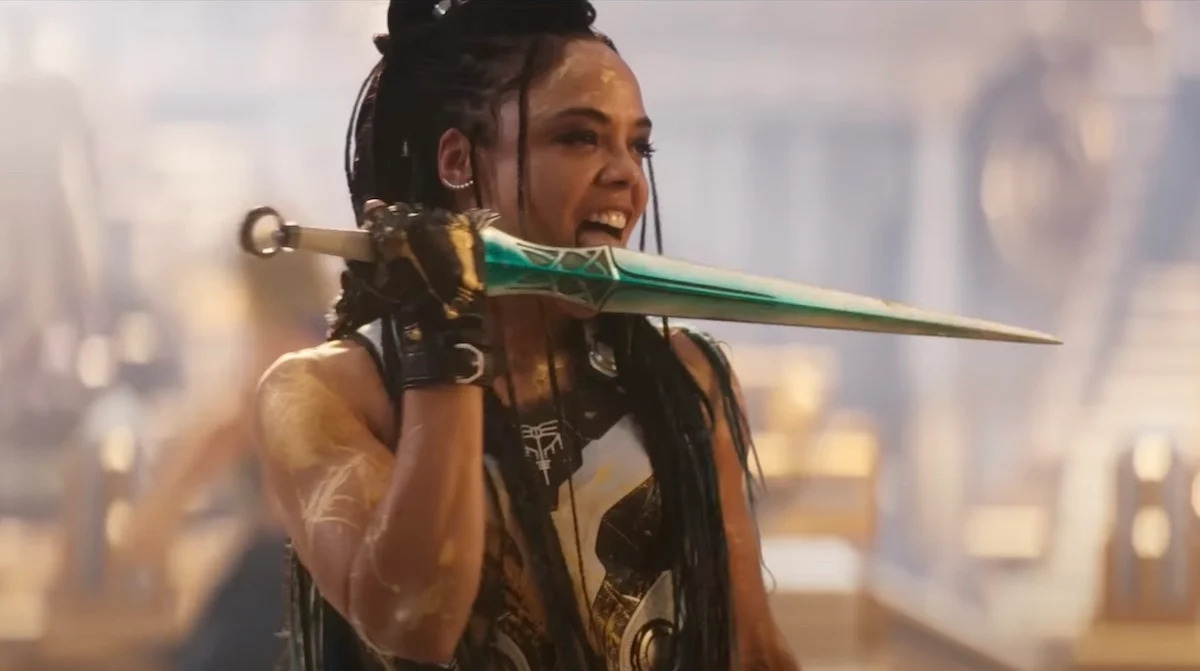 For the upcoming film, it was revealed in a feature for Empire that Weaver will be playing Kiri, a teenage Navi who is the adopted daughter of Jake and Neytiri. Weaver spoke a bit about how this will be a much different character than the usual type she’s used to playing:

“I think we all pretty much remember what we were feeling as adolescents. I certainly do. I was 5’10 or 5’11 when I was 11. I felt strongly that Kiri would feel awkward a lot of the time. She’s searching for who she is. I was thrilled to be given that challenge by Jim.” 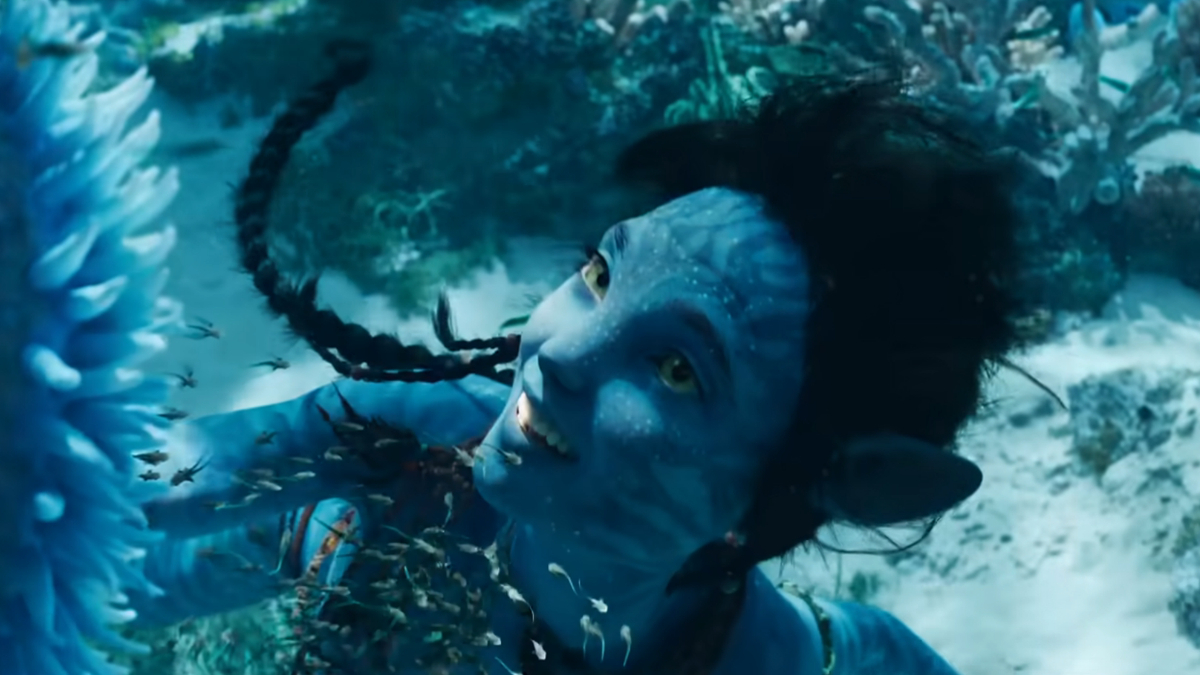 Cameron himself also had some praise for Weaver and her performance:

“Sigourney just became younger. She looked younger, she had more energy, and she never quite stepped out of Kiri for our whole capture period. She had a glow on her face and lightness in her step and a fun spirit.” 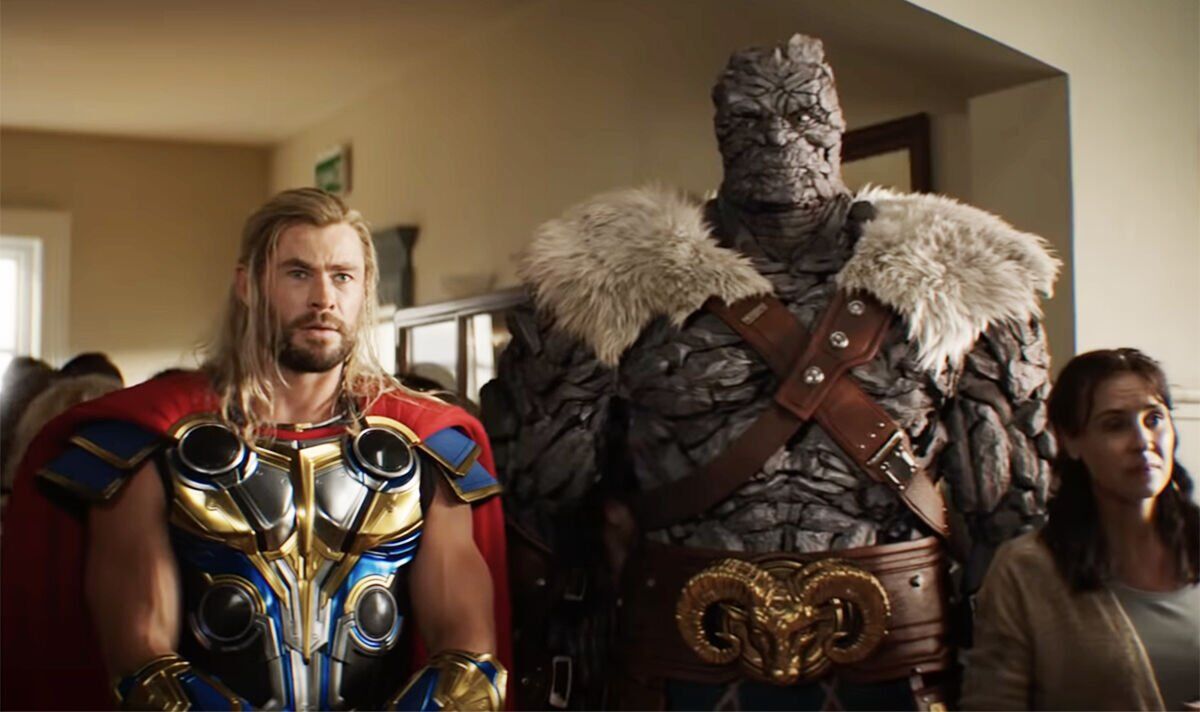 With the upcoming debut of “Thor: Love and Thunder”, returning director Taika Waititi (“Thor: Ragnarok”) is already looking toward where he can take the Marvel Comics characters next. Given that Disney is starting to expand the Marvel Cinematic Universe onto the smaller screen with their TV series like “WandaVision” and “The Falcon And The Winter Soldier”, spin-offs seem to not be out of the question.

In an interview with Fandom, Waititi spoke about how he’d like to take the characters of Valkyrie and Korg into another story:

“I’d love to see a Valkyrie spinoff … A Korg spinoff would be good as well.”

Both of these characters first appeared in 2017’s “Thor: Ragnarok”. Valkyrie, played by Tessa Thompson, was a disgraced warrior who bounced back to help Thor defend his people of Asgard. Korg is a casually-nice rock monster voiced by Waititi himself. Given that Waititi plays Korg and has a very close connection with Thompson, it’s not surprising that he’d want to expand on these characters.

Whether or not these spin-offs will be pursued may ultimately depend on how well “Thor: Love and Thunder” will perform in July. 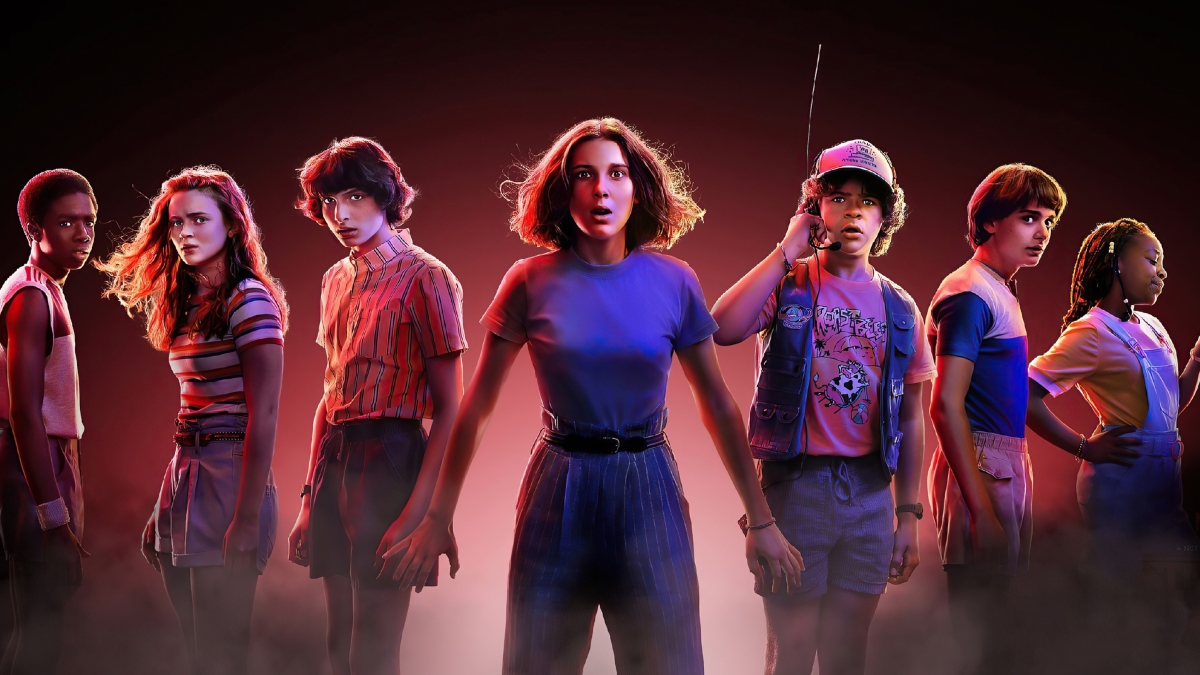 Last Friday was when Netflix debuted the final two episodes of “Stranger Things” for Season 4. The last two episodes ran rather long with episode 8 going for 1.5 hours and episode 9 at 2.5 hours. Despite the lengthy running times, this did not deter the fans and viewers from tuning in on July 1st when the series finale hit Netflix. For Season 4 overall, it’s been a big victory for the streaming platform, according to The Hollywood Reporter.

Between May 30-June 5, 2022, “Stranger Things” had 7.2 billion minutes watched by its audience. That’s one of the most massive streaming viewers for any streaming series. Consider that every episode of this season has an average runtime of over one hour, some episodes even being two hours long. With all this considered, one can only imagine how many people are going to be tuning in for the finale and what those numbers will look like.

By any metric, “Stranger Things” has been a major hit for Netflix and will undoubtedly be heading into production for Season 5 as quickly as possible. 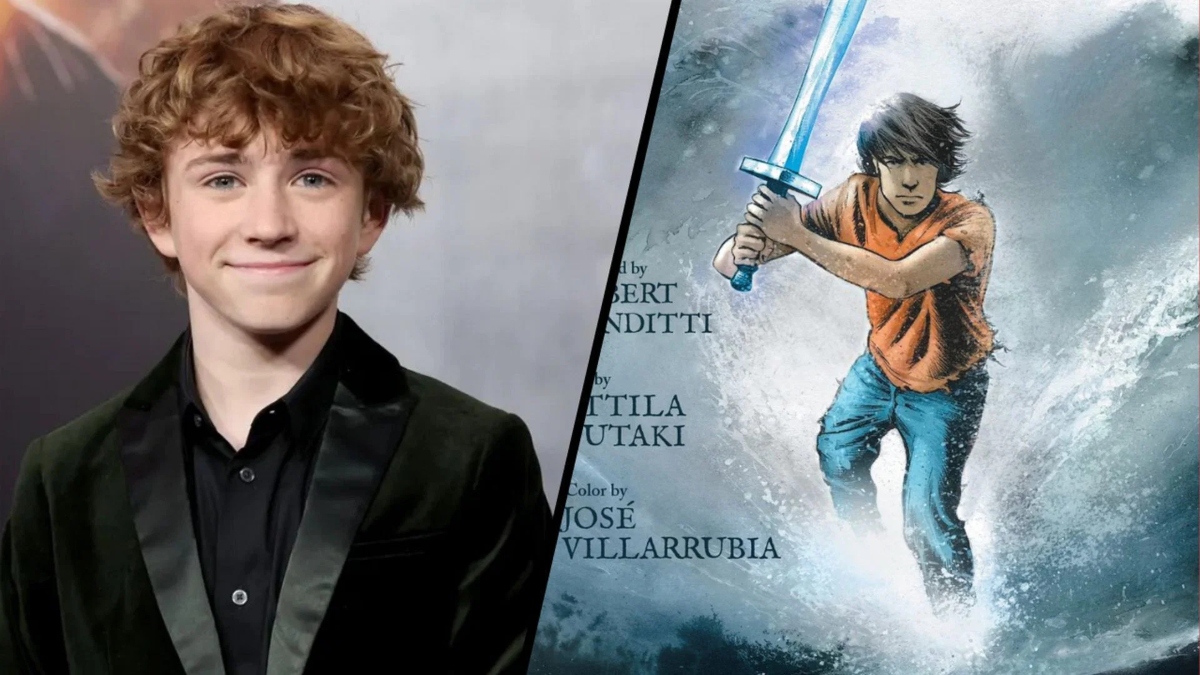 Among Disney’s many projects for their streaming service Disney+, one of them is a TV adaptation of Percy Jackson, based on the young adult fantasy book series. Naturally, because the stories involve gods and magic, there will be a lot of visual effects applied to make the transition from book to screen. And it seems like the tech developed for “The Mandalorian” may play a role in this new show.

According to The Hollywood Reporter, the Percy Jackson series will use the technique of StageCraft, a filming procedure developed and utilized by Industrial Light & Magic for Disney’s Star Wars spin-off series “The Mandalorian”. The process involves using LEDs to create a 360-degree background, making for a more effective means of compositing characters into different locations. 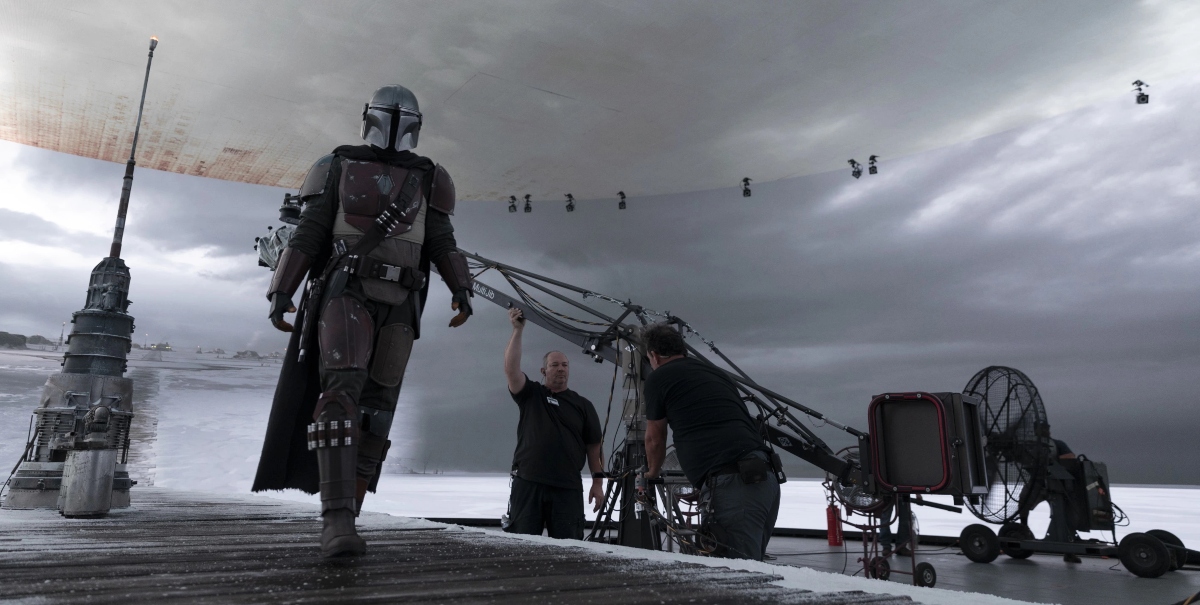 Though there are other studios developing similar techniques, ILM has been leading the way on this technology. It’s already been used not just on Disney+ series such as “Obi-Wan Kenobi” but also in theatrical Marvel films like “Thor: Love and Thunder” and the upcoming “Ant Man and the Wasp: Quantumania”.

No release date has been revealed yet for the Percy Jackson series set to debut on Disney+.