A legend of film soundtracks will be taking his final bow. A streaming titan is finding a new focus. A big studio is dipping its toes back into animation. And an actor and director are reunited for the first time in nearly 40 years. Check out everything that went on last week. 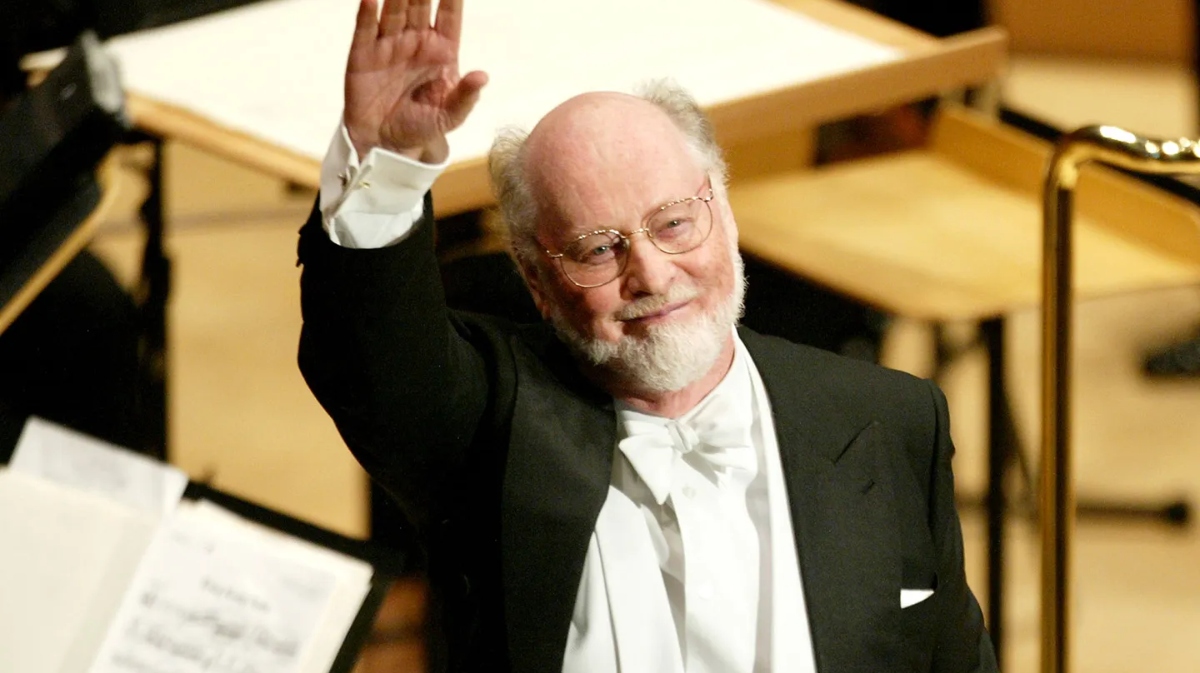 If you’re familiar with film scores, the name John Williams should be familiar for his decades of iconic work. His orchestrations include such notable productions as Star Wars, Indiana Jones, and Harry Potter among other movies and franchises. But now it seems the composer will be crafting his final soundtrack.

While Williams will be composing the score for the upcoming Indiana Jones 5, he confirmed with AP News that it will be his last film score.

“At the moment I’m working on ‘Indiana Jones 5‘, which Harrison Ford — who’s quite a bit younger than I am — I think has announced will be his last film. So, I thought: If Harrison can do it, then perhaps I can, also… I don’t want to be seen as categorically eliminating any activity. I can’t play tennis, but I like to be able to believe that maybe one day I will.”

Ford has also been working for nearly as long as Williams in various roles, his most notable being Indiana Jones from the Indiana Jones movies and Han Solo from the Star Wars movies. His reprisal reflects how Williams has been used in films, where it doesn’t make sense to find someone else when the original will do.

Williams also spoke about how much music has been to his life, having been nominated over 50 times for Academy Awards over his long career.

“It’s given me the ability to breathe, the ability to live and understand that there’s more to corporal life. Without being religious, which I’m not especially, there is a spiritual life, an artistic life, a realm that’s above the mundanities of everyday realities. Music can raise one’s thinking to the level of poetry.

We can reflect on how necessary music has been for humanity. I always like to speculate that music is older than language, that we were probably beating drums and blowing on reeds before we could speak. So it’s an essential part of our humanity. It’s given me my life.” 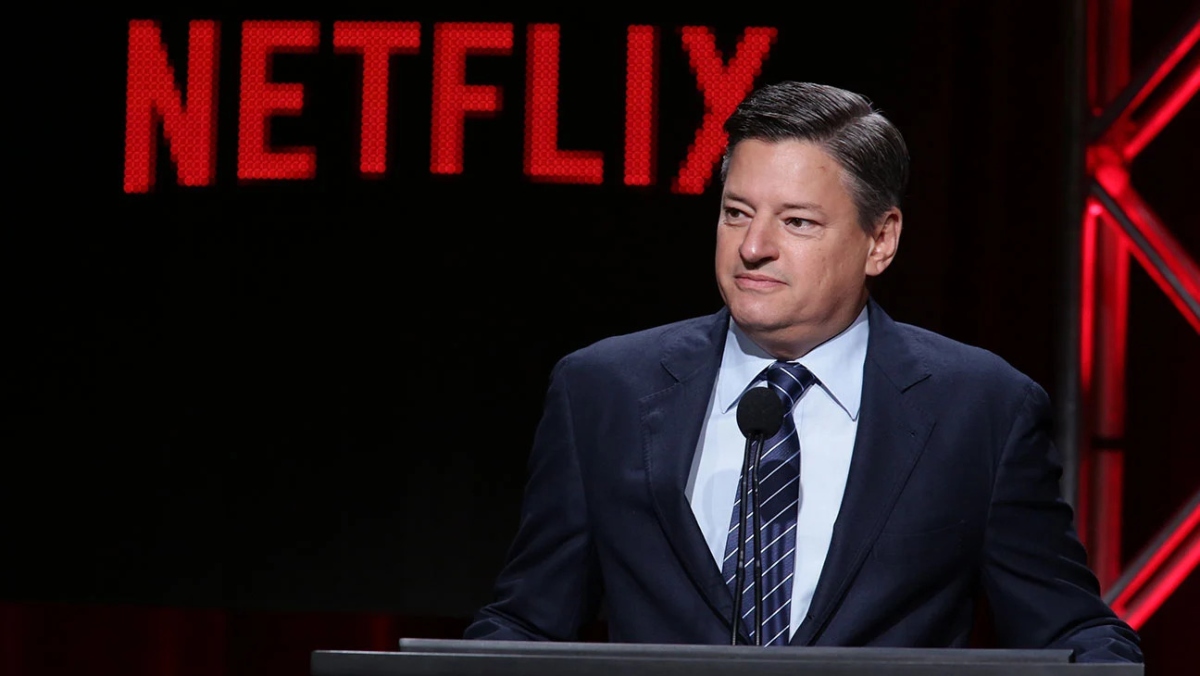 The Netflix streaming surface has been suffering some losses in the war on streaming. The studio/streaming company has seen a 70% drop in value for 2022 so far. Facing problems with diminishing users and stock confidence, Netflix is switching things up a bit.

According to Variety, Netflix’s co-CEO Ted Sarandos, head of global film Scott Stuber and head of global television Bela Bajaria have stated that they’re not going to be slowing down. They’ve noted that they’ll be speaking with more creators and plan to spend even more on bigger projects to keep their streaming channel relevant. It is expected that this year alone Netflix will be spending $17 billion on productions. It is part of an aggressive strategy to make sure that the channel has the most relevant and popular must-watch content. 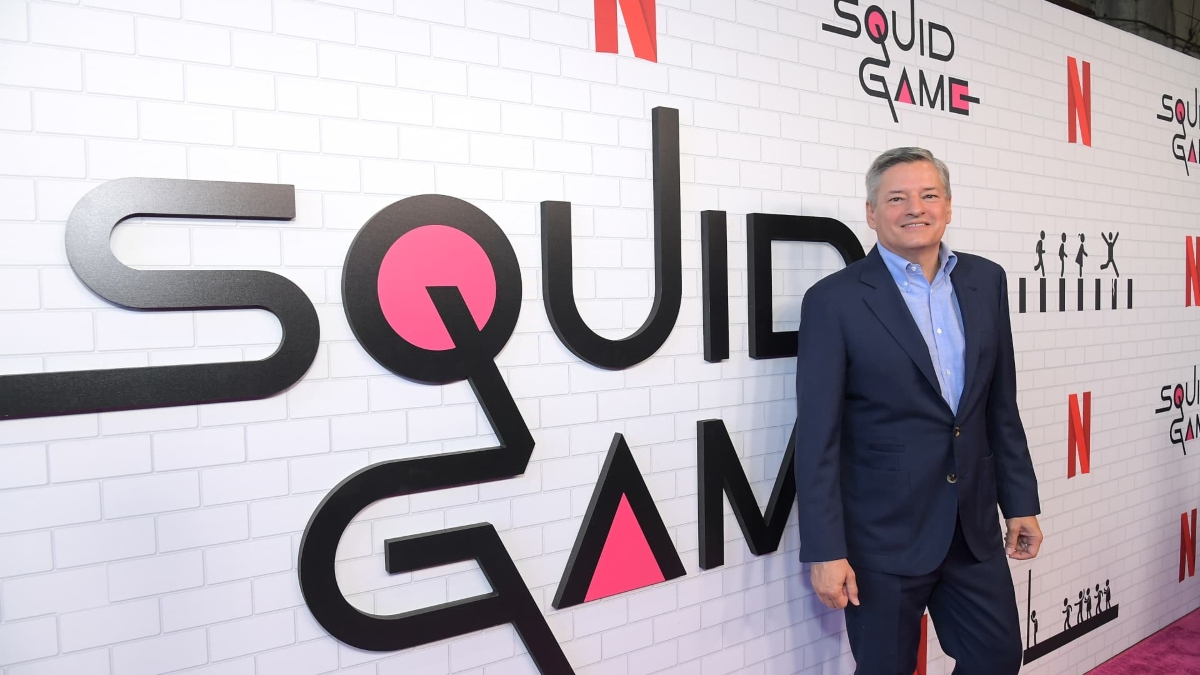 Currently, Netflix still holds a substantial portion of the streaming market with 222 million users worldwide. They also have plenty of popular and noteworthy productions, such as the coming-of-age horror series “Stranger Things” and international class-warfare hit “Squid Game”. They are also still garnering Academy Award considerations every year, with last year’s “Don’t Look Up” being nominated for Best Picture.

Netflix has been facing issues with both stagnation and boycotts. They’ve been controversial for their questionable treatment of employees amid the controversy of Dave Chappelle’s Netflix comedy special criticizing transgender people. They’ve seen lacking appeal with forgettable productions that has led to the company severely scaling back on their animation divisions. It’s uncertain what this new strategy for the studio will focus on most. Considering that it seems like they’re not as interested in bigger projects involving Martin Scorsese, we’ll just have to wait and see which path Netflix will choose next.

Paramount and Nickelodeon have had some notable animation franchises over the years, despite having an on/off relationship with the medium. Amid the Viacom family is Nickelodeon, the kid-friendly channel that had a focus on their own animation in the 1990s, dubbed Nicktoons. Paramount would sometimes adopt the Nicktoon properties into theatrical films, as with the Rugrats movie trilogy and the Hey Arnold movie.

At the Annecy International Animation Festival, a number of Paramount and Nickelodeon animation productions were announced. It should come as no surprise that they’re both tapping previous properties to appeal to nostalgia and marquee value. 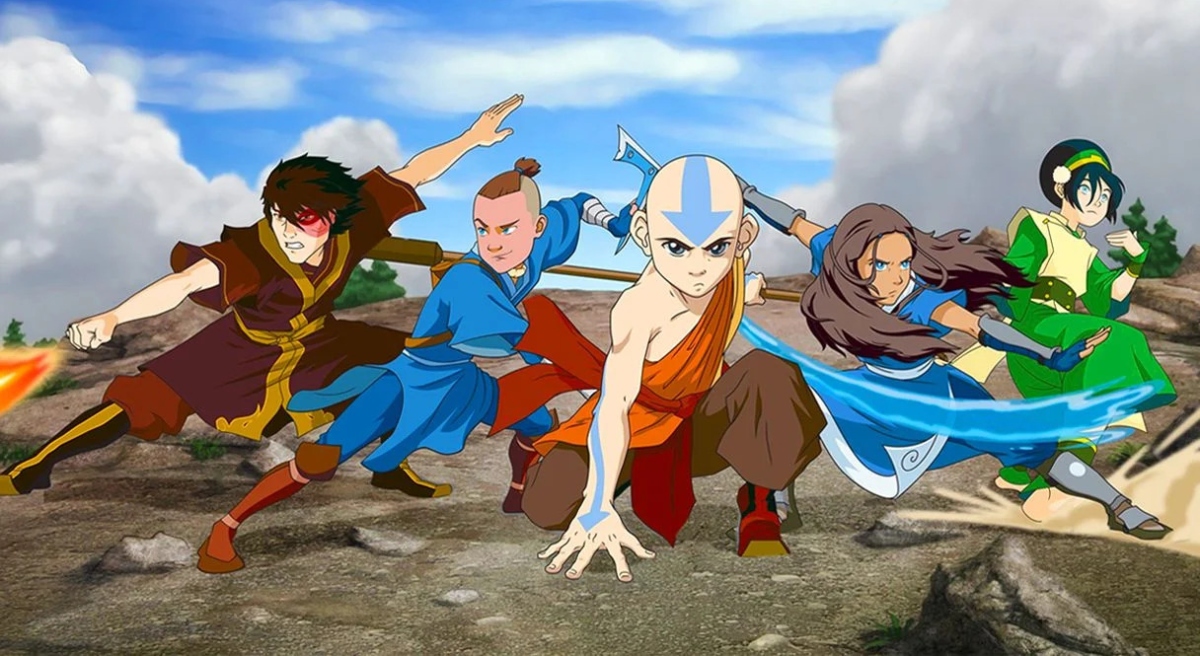 “Avatar: The Last Airbender” became Nickelodeon’s most praised series of the 2000s for its anime influence and engaging action-oriented fantasy story. The series would be tapped further with the spin-off sequel series “Korra”. Nickelodeon will be making more Avatar animations with the announcement of three Avatar movies. The original creators of Bryan Konietzko and Michael Dante DiMartino will be overseeing these productions. Very little is known at this time about what these three movies will entail or when they will be released.

“Teenage Mutant Ninja Turtles” is still a focus for Paramount and they’ve brought on some new talent to reimagine the anthropomorphic heroes once again. This time it’s director Jeff Rowe (“The Mitchells versus The Machines”) and producers Seth Rogen and Adam Goldberg who will be leading the project.

There are also some original projects announced. Director Raman Hui (“Shrek The Third”) will be helming a film about Chinese mythology entitled “The Tiger’s Apprentice”. The film will feature the voices of Michelle Yeoh, Sandra Oh, Bowen Yang, Lucy Liu, and Jo Koy. It will debut on December 20, 2023. 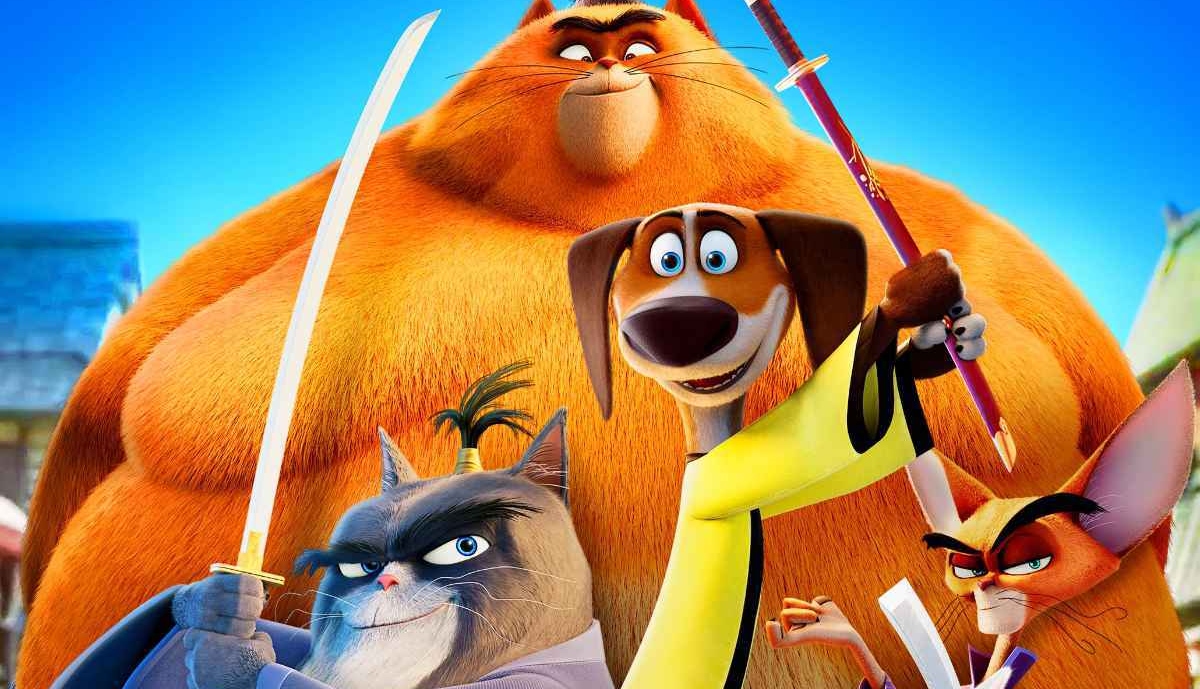 Paramount’s upcoming original animated film will be “Paws of Fury: The Legend of Hank”, an action-comedy picture of anthropomorphic characters. The film comes by director Rob Minkoff (“The Lion King”) and will be hitting theaters on July 17th, 2022.

Michael Rooker may be an actor who is closely associated with James Gunn for appearing in every one of his films. From Yondu in Marvel’s “Guardians of the Galaxy” to Savant in DC’s “The Suicide Squad”, most audiences know him from these movies. However, those more familiar with his filmography will know him from a creepy film in the 1980s, “Henry: Portrait of a Serial Killer”, directed by John McNaughton. 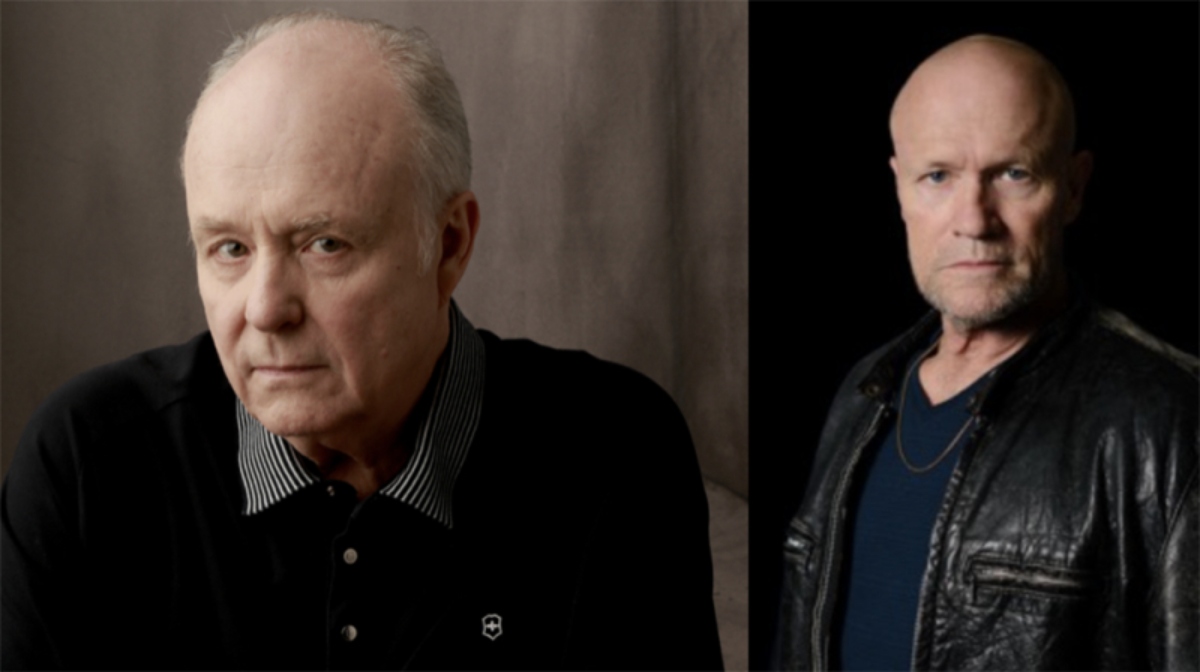 According to Deadline, Rooker will once again be working with John McNaughton for a new film called “Road Rage”. The film is being described as a cross between modern horror stories like Dexter and the classic gritty films of the 1970s. No word yet on when this film will be debuting or where it will be premiering.