142
VIEWS
Share on FacebookShare on TwitterShare on LinkedIn
ADVERTISEMENT

There was quite a bit of news that broke last week for films. A DC Comics film was given the ax, despite being completed. Warner Bros removed streaming-exclusive movies from HBO Max. A Star Wars director is given freedom, a Predator director talks about loving the original, and an action director speaks about Jackie Chan being an inspiration. Check out all the news that happened this week.

Warner Bros has continued to move forward with movies based on DC Comics films. They’ve found great success with films like James Gunn’s “The Suicide Squad” and Matt Reeves’s “The Batman”. Fall 2022 will also see the release of “Black Adam” and “Shazam 2”, both existing in the same universe. That being said, not all of Warner Bros’s future plans are coming to be.

According to Variety, Warner Bros is axing their “Batgirl” movie that had been in the works for some time. The $90 million production was initially greenlit by WB as a film that would debut exclusively on the HBO Max streaming service. It was directed by Adil El Arbi and Bilall Fallah (“Ms. Marvel”) and would star Leslie Grace as the titular hero. The film will no longer be released on HBO Max, movie theaters, VOD, or home video. 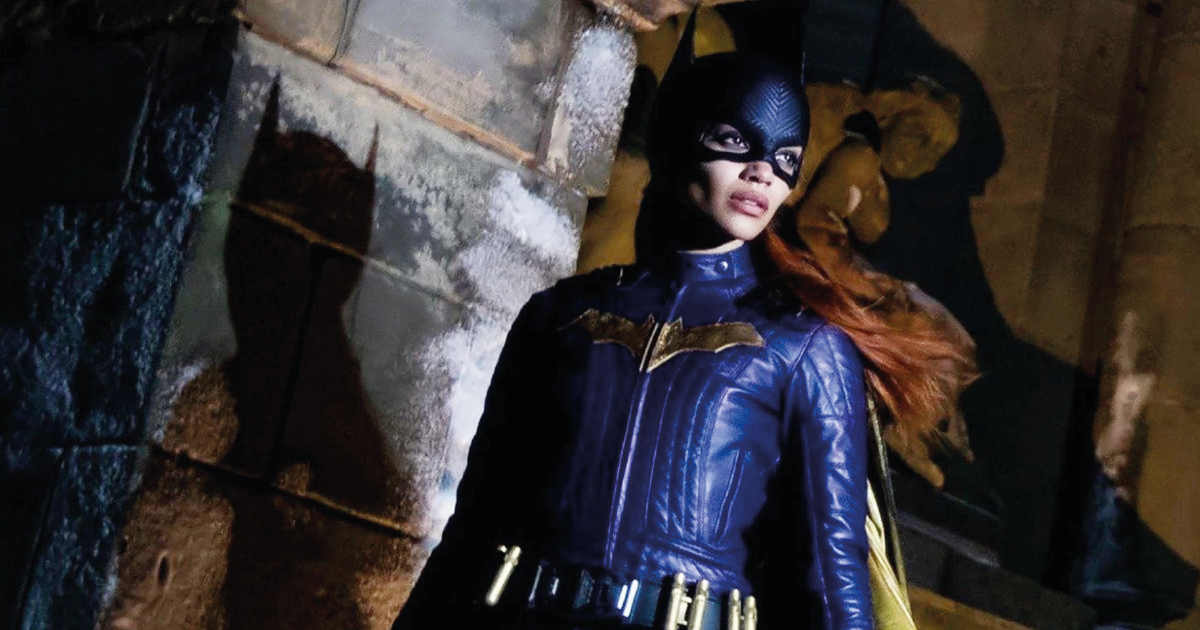 “Batgirl” was already in post-production before this announcement was made. This means that the film may more or less be completed. Yet Warner Bros has decided not to release the film as part of an effort by the company to focus less on streaming for their films and more on theatrical releases. It’s uncertain when, if ever, WB plans to finally release “Batgirl”.

Another concern at this point is the fate of the other HBO Max DC Comics film, “Blue Beetle”. It’s likely that if “Batgirl” got the ax, then “Blue Beetle” is next.

As news of the Batgirl cancellation broke, there’s been a slew of news about Warner Bros restructuring their productions for HBO Max. In addition to scaling back on streaming-exclusive movies, the studio seems to be removing current HBO Max movies as well.

According to Variety, HBO Max quietly removed a number of films exclusive to the HBO Max platform that are not available on home video. Here are the titles they removed:

This is concerning news as it appears that HBO Max is not keen to continue hosting the movies they are paying for. Other services like Netflix, Amazon Prime, and Hulu have not removed their streaming exclusive content like this before.

What’s even more concerning is how quietly HBO Max made this move, barely even acknowledging they were doing this. It’s just one silent piece of restructuring that is going on for the streaming service, making the studio even less appealing to work with for their faith in filmmakers and their products. 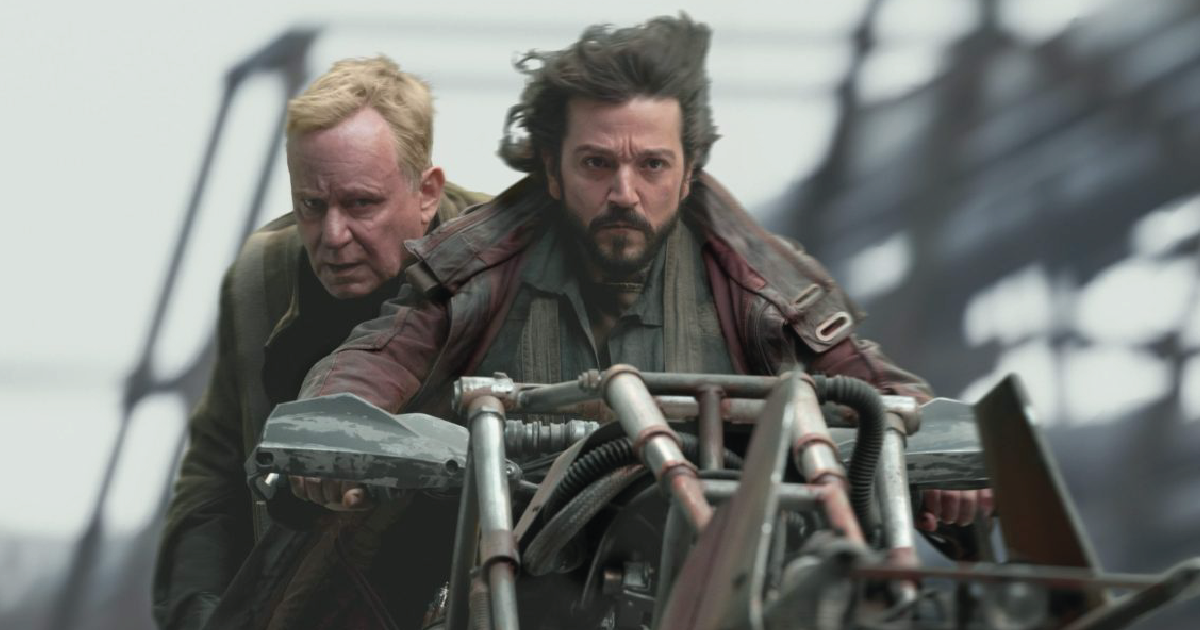 Disney continues its slew of Star Wars TV series after having wrapped up the Star Wars sequel trilogy. The shows have covered a number of spin-offs like “The Mandalorian”, “The Book of Boba-Fett”, “Visions”, and “Obi-Wan”. “Andor” will continue this tradition by focusing on the grittier aspects that were present in 2016’s Star Wars spin-off movie, “Rogue One”.

The series is being helmed by Tony Gilroy, the screenwriter of “Rogue One”. In an interview with Empire Magazine, Gilroy opened up about how much freedom he was given for this project when working with Lucasfilm:

“The freedom on this show was unprecedented. I’ve never had this level of trust, even with pictures I had final cut on.”

“What we’ve made is insanely ambitious, dark, and real. Even as Tony was pitching me, I was like, ‘This is amazing. You are sick.”

The Inspiration of Prey

This weekend saw the streaming debut of “Prey”, a spin-off movie for the Predator series of films. The movie takes place in 1700s America where a Native American woman takes on the Predator alien. The film was directed by Dan Trachtenberg who had a lot of big ideas for this sci-fi franchise.

In an interview with Dan for Slash Film, the director brought up how he grew up with “Predator 2” and how it inspired him to make “Prey”:

“I was young in the ’80s, and I remember watching that film and I really — I mean, I liked the Predator of that time, but I didn’t like the look and all this other stuff. But anyway, the cool thing was at the end when the pistol was handed to [Danny Glover‘s character]. And I did think back then, “I wonder who that is?” And the fact that we have [the character] Raphael [Adolini] in this film is amazing, because then it’ll just probably blow the minds of all the “Predator” fans, because they get a visual of who he is.”

“Prey” is currently streaming on Hulu. 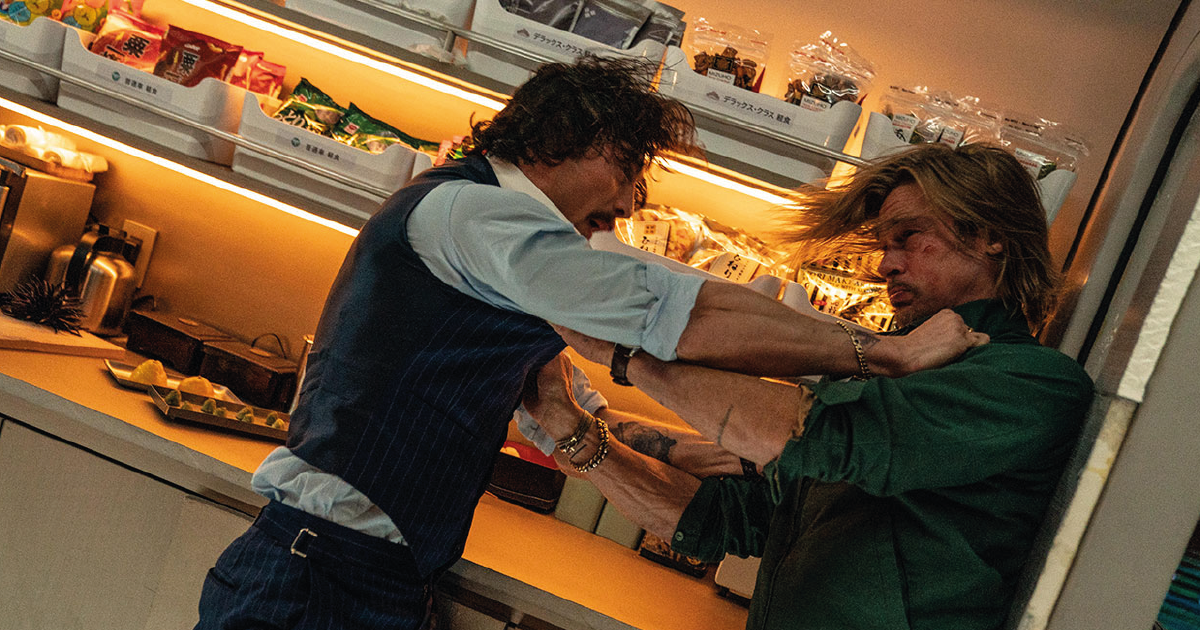 Also releasing this weekend was “Bullet Train”, the latest action film from director David Leitch and producer Kelly McCormick. The ensemble film finds a slew of assassins aboard a Japanese bullet train all running and gunning for either revenge or finding a suitcase.

In an interview with Slash Film, David discussed how Jackie Chan was a heavy inspiration for many of the fight scenes:

“When you look at Jackie and a lot of those characters that he’s had where he is sort of the underdog and he’s trying to survive and he’s using the props in this fun Buster Keaton-esque way, it was a no-brainer to lean into that and the homage to Jackie‘s choreography. And so, we were full-on mining from Jackie‘s playbook, for sure.”