436
VIEWS
Share on FacebookShare on TwitterShare on LinkedIn
ADVERTISEMENT

Die Hard is a franchise that has died long ago. It was a fantastic film when it came out, and it pushed the boundaries of classic action that we have come to love from Hollywood blockbusters.

However, in recent years it has sort of diverged into something unfamiliar, more akin to films like “Transporter” or any Michael Bay action films. “Live Free or Die Hard” was the only other good film in the series aside from the original. Though, when we’re taking about A “Good Day to Die Hard”, there’s barely any substance to go on in this cookie cutter action film.

Unlike the previous installations in the saga, This one chooses to showcase the relationship between everyone’s favourite cop, John McClane and his son Jack McClane. You see, John was having the time of his life retired. However, When John’s estranged son Jack needs help as he is stuck in Russia, John must fly to him and help him out. Jack is a CIA agent, and after getting his cover blown he is now stuck in a prison in Russia. As usual, things don’t go to plan and John McClane once again finds himself caught amidst a horrifying terror plot. 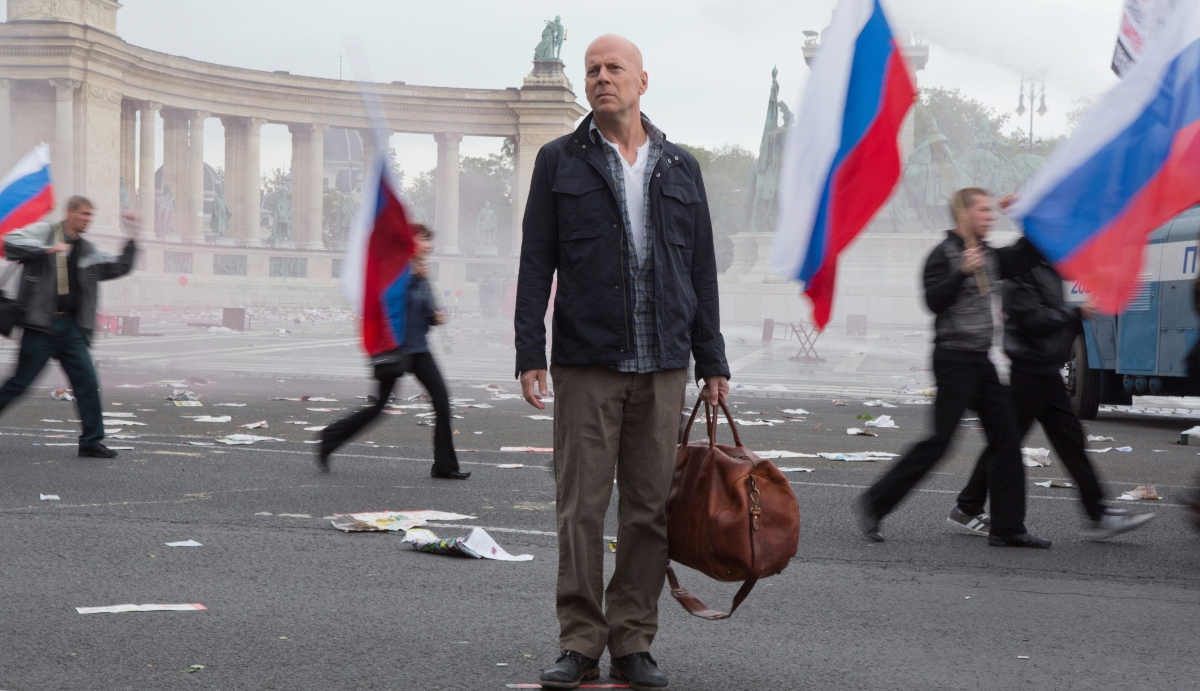 This movie is a mere hour and 38 minutes long, and yet it feels like hours have passed by and it isn’t ending. This is a film that has made comedy and action seem boring, it’s just a lot of shooting and a lot of punches as well as punch lines. Director John Moore opts to bring his own vision to life, and makes a film that doesn’t really work in a cinematic sense. It’s a shorter film, full of action and no substance in terms of emotion and drama, just so it can fill seats into the cinema and make money off of it.

The action in a film is supposed to be good, only when you care about the characters that are taking part in it. Right off the bat, you genuinely do not care about any of the characters in this film. No matter how intense and well directed the action sequences become in this movie, viewers will never have an avid interest. Put that aside though, and this film does have some wonderful action sequences. The action itself is the main meat of this movie, consisting of most of the runtime, as well as most of the budget. It is well directed, it is snappy, although I have one gripe with it. The shaky camera takes away a lot from of the movement and choreography that is present here.

Bruce Willis seems happy to be back as the character that got him his big break. He performs his heart out as John McClane, no-nonsense cop who shoots first, asks questions later. His performance brings a lot of depth to the movie, especially because you can feel that he has completely blended into this character that he has been playing for years. 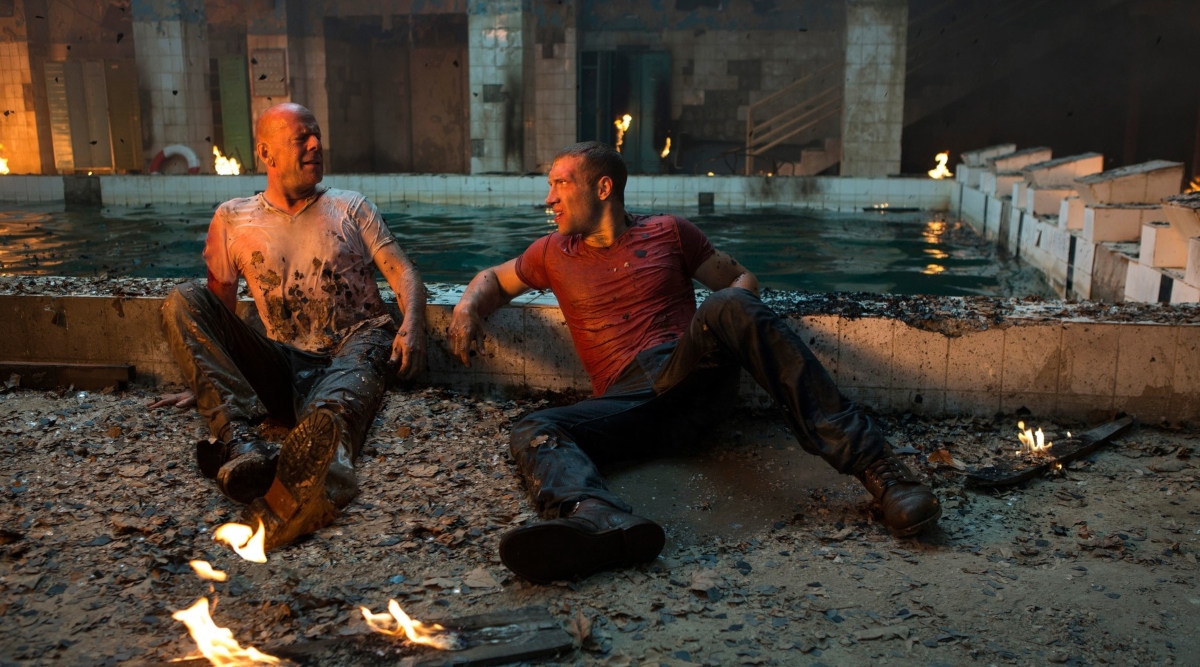 I wish I could say that for the rest of the cast though, because aside from Mary Elizabeth Winstead, every single performance in this movie is pretty bad. Jai Courtney as Jack McClane is not convincing at all, His performance feels very fake and plasticky. Mary Elizabeth Winstead as probably the second best actor in this film, as her performance is the only other one that stands out aside from Willis, and she’s quite literally in only one scene.

When it comes to the overall design of this film, most of it revolves around the action sequences. The production is unbelievably high quality, especially for a film of this low quality, it’s a really important addition. The film was shot in Hungary, which means that most of the scenery we’re going to see is already going to be beautiful. 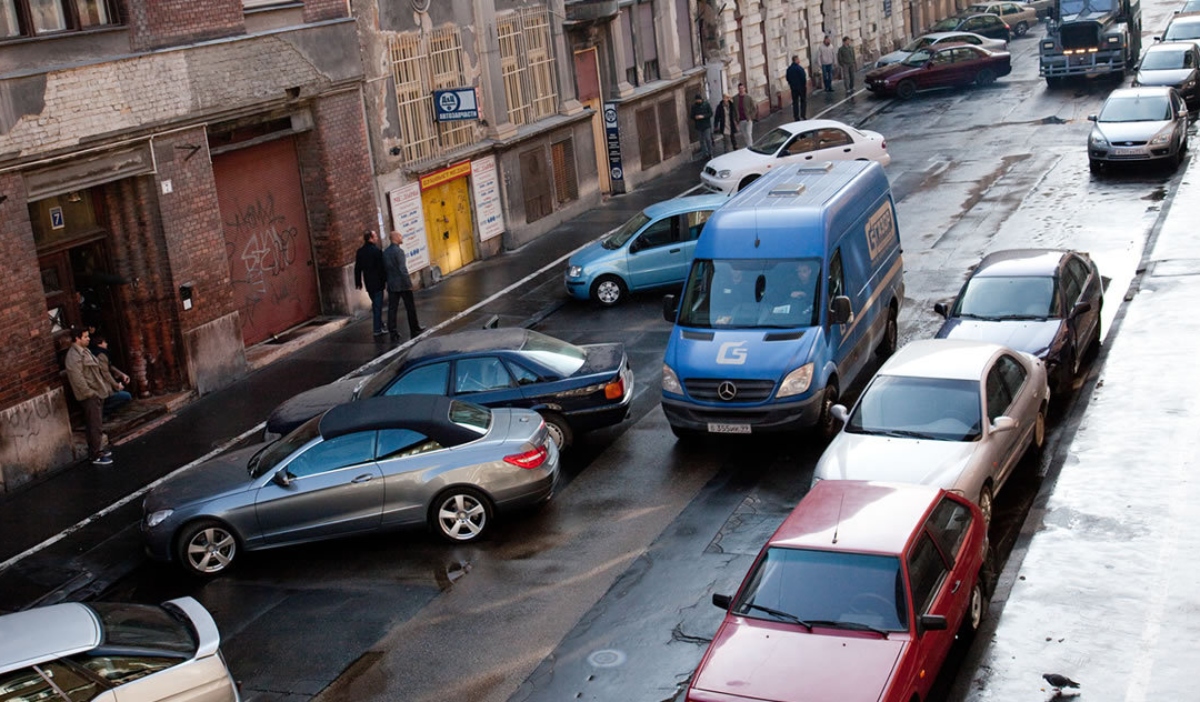 Then you include the amazing production design by the Hungarian production crew and you have a recipe for some incredibly well made action sequences. Now, that doesn’t translate well in the film though. While the production design is incredibly good, and most of the scenes have some of the best backgrounds that you could ask for in film, the actual camera work is quite bad.

The film is not taking any risks with the cinematography, which means that the lighting is often going to be placed on the characters that are speaking and so will the camera. This leaves no room for visual storytelling, instead it brings room for a lot of shaky camera movement for action sequences. The action sequences could have been literal perfection if it wasn’t for the shaky camera, otherwise it stands it is just a bit annoying to watch them. It’s hard to understand what is going on most of the time, due to the camera shaking so aggressively. Whereas the other sequences where the camera isn’t moving too much, the action is fantastic and holds up really well to some of the best action movies.

A “Good Day to Die Hard” could have been one of the best entries in the franchise, but it chose to ignore those aspects that made it good and focused on some bad errors. The firm forgets its perfect production design, amazing actors and some decent action choreography, in favor of janky camera movements, bland actors and some horrible editing techniques. This leads to the film having some pretty bad pacing, a bunch of consistency errors and an overall boring vibe.

As it stands; “A Good Day to Die Hard” Is just another action film from the 2000s era of boring, unnecessary, unoriginal and lifeless blockbusters which have a few good aspects of filmmaking that carry them across the finish line.

As it stands; "A Good Day to Die Hard" Is just another action film from the 2000s era of boring, unnecessary, unoriginal and lifeless blockbusters which have a few good aspects of filmmaking that carry them across the finish line.