A girl against the forces of darkness - Shadow and Bone review

138
VIEWS
Share on FacebookShare on TwitterShare on LinkedIn
ADVERTISEMENT

Fantasy shows were popularized with the release of Game of Thrones. The eight season epic set a new standard for what people should be expecting from mature, brutal fantasy worlds which are somewhat grounded in reality. It’s been a while since Game of Thrones ended on those god-awful last two seasons, and there still isn’t a fantasy legend that could come even close to the first six seasons of its run.

Netflix was the number one contender to bring fresh things out in the genre. They did just that, creating memorable original series such as “The Umbrella Academy” and “The Witcher“. Their renewed policy on high-budget adaptations on series such as “The Dark Crystal: Age of Resistance” and everyone’s childhood classic “Fate: The Winx Saga” were extremely popular, the latter being their most watched series in 2021 so far.

“Shadow and Bone” looked like a brand new intellectual property that Netflix could flourish with, the one with a ton of potential. An adaptation of Leigh Bardugo’s “Grishaverse” trilogy, “Shadow and Bone” might have just the right amount of fantasy, realism and epic set pieces, at least in theory. 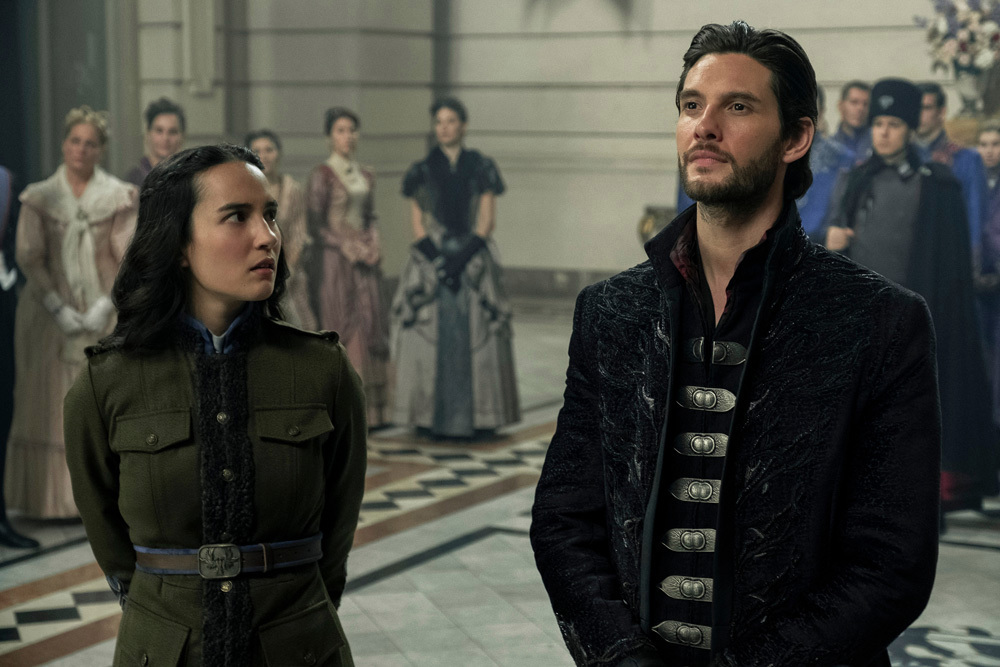 “Shadow and Bone” is the latest fantasy series by streaming giant Netflix, based on a popular book by Leigh Bardugo and adapted for the small screen by Eric Heisserer. The story follows Alina Starkov, played by the wonderful Jessie Mei Li who has the power to summon light. The world of Ravka, an alternative universe Russia type kingdom, resents and distrusts Alina because of her half “Shu” ancestry.

However, during a distress mission in a place known as “The Fold”, she is forced to use her powers to fend off demonic beasts, she becomes the target of a plethora of different sorts of people. She is taken under the wing of General Kirigan, played by the fantastic “West World” actor Ben Barnes. Kirigan is a Shadow Summoner, who has the opposite power to Alina and he puts her through rigorous training sessions to master her abilities.

While the plot itself seems quite easy to understand and follow, the series is filled to the brim with characters (a lot of which lack any sort of purpose in the story), locations that are beautifully designed and brought to life, plot-twists and a ton of familiar fantasy tropes. Most common of these people are the ones, who can control different elements of nature such as wind, fire, water and earth.

It has a monster that is predicted to ONLY be defeated by a chosen one, and the “chosen one” is also prophesied to be a commoner. It is just another fantasy reference straight out of Lord of the Rings, yes I mean Frodo not Aragorn. 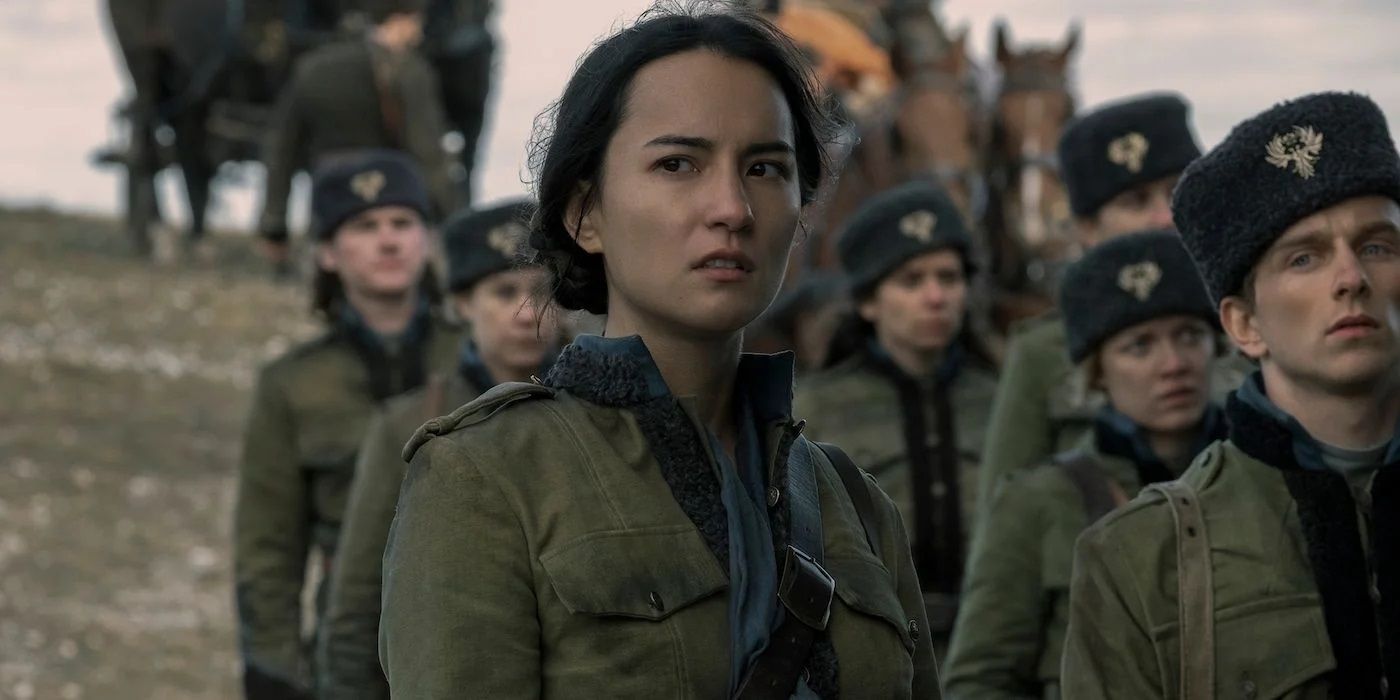 The locations are diverse, with some incredibly well realized set and production designs. Honestly, that was expected as soon as I heard that it was being filmed in Hungary. The settings in this fictional world are the fictional kingdoms of Kerch and Ravka, with Kerch’s capital resembling the Dutch Republic era Amsterdam. Most of the sequences that depicted these kingdoms were shot in Budapest, the capital of Hungary.

The Buda Castle directly made it into the series, a palace of the Hungarian Kings in Budapest. The beautiful locations made the series extremely pleasing to look at, especially after the post-vfx look of the series.

I should also point out that the characters here are more interesting than I expected them to be. Alina Starkov is probably one of the best characters, and she does have some really good development by the end of the season. Jessie Mei Li does a great job at playing the lead; her performance actually makes you resonate with her awkward and reserved nature in the beginning and her transformation into a badass Sun Summoner by the end.

Kirigan is probably my favorite in the series; his dark and manipulative persona is brought to life by Ben Barnes’ superior acting prowess, which is comparatively tenfold the rest of the cast. Alina and her best friend Mal, played by Archie Renaux have this chemistry that exudes an aura of unspoken feelings. Though, I think Mal dying was pretty much wasted potential but the flash backs and the back story they provide throughout the rest of the series make it even more interesting.

So, as a high fantasy series, “Shadow and Bone” is a ton of things to fantasy fans; a wide array of characters, a ton of beautiful and darkly brooding locations, tons of sex and teenage flirting as well as a plethora of fantasy tropes although those can be attributed as both good AND bad. 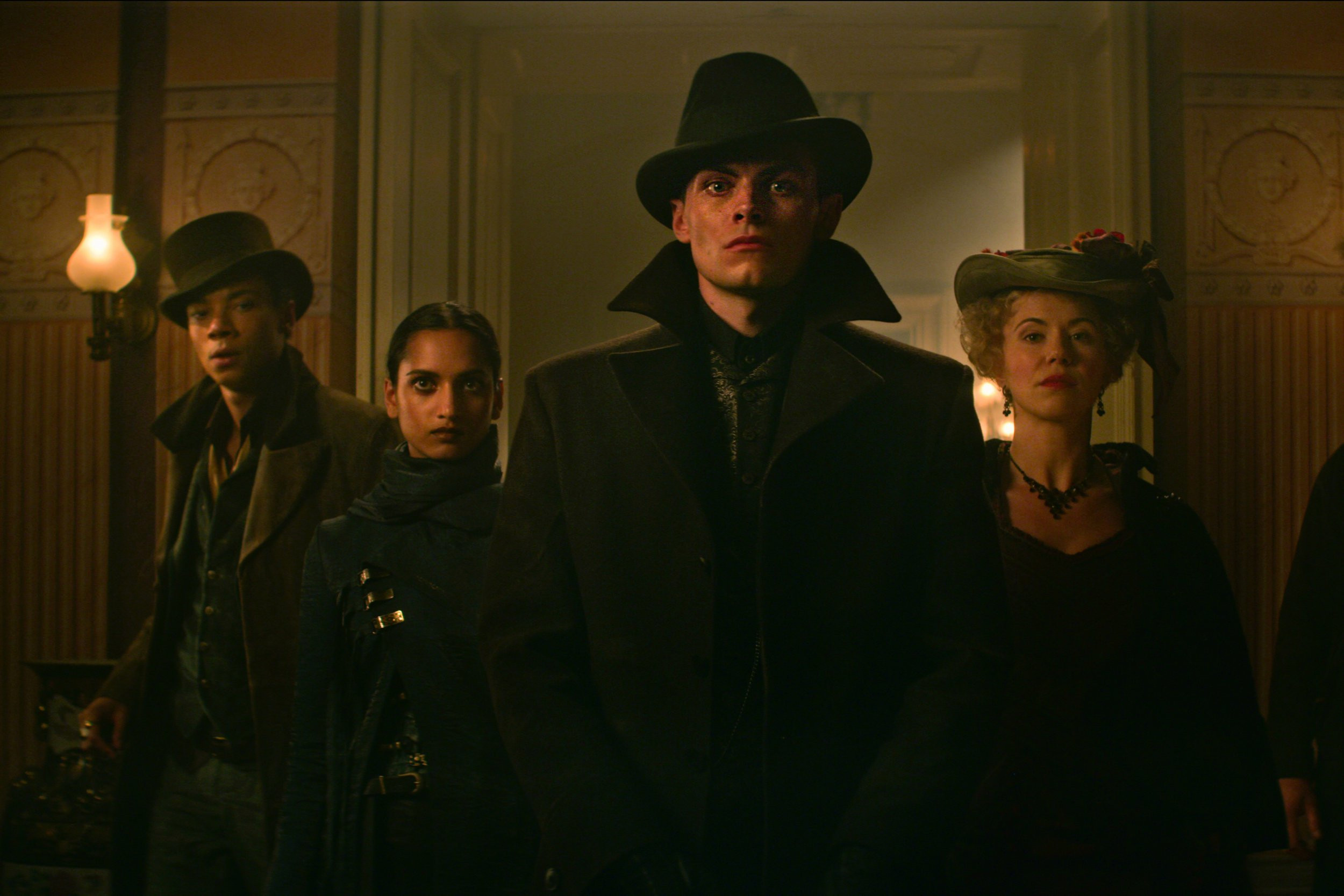 Now this is the part where “Shadow and Bone” goes both really good and really bad. In terms of the cinematography, I feel like the dark and brooding color palette in most scenes, with a hint of warmth felt incredibly devoid of any imagination. The cinematography itself though, was really nice. The camera movement had smoothness to it, especially as it moved closer during the scenes.

This coupled with some very emotional framing; put you right in the shoes of a character in the frame. These coupled with some incredibly beautiful visual effects made this series such a pleasant experience just from a spectating perspective.

There’s a specific scene with a Reindeer with extra-large horns, the blue aura illuminating the shot along with the super nice CGI Buck made it look so ethereal, it reminded me of the works of Zack Snyder or even Roger Deakins. It’s a beautiful series to look at, the production team did a fantastic job of bringing the alternate kingdoms come to life, with realistic cities with a number of bustling streets and alleyways along with some incredibly detailed palaces, gardens and vistas.

The music on the other hand might not be the best, but it does the job. The soundtrack has a tendency to get repetitive, maybe they just didn’t have any budget left to spare on that after they spent it all on making this series look so god damn gorgeous.

To put it all into perspective; “Shadow and Bone” is a confident outing from Netflix in the fantasy genre. While it does have its fair share of issues, these mainly revolve around characters and their immaturity, as well as just common pacing. I expect that the second season of “Shadow and Bone” will focus more on developing the characters just as the way they were developed in the last two episodes of this season, and hopefully I’m not disappointed.

All in all though, “Shadow and Bone” is a beautiful series to look at, with some great performances from its all rounded decent cast of both newbies and veterans, and a bunch of familiar fantasy tropes that make all of us nerds go wow.